A sleazy slasher with a splash of Sci-Fi, “Evils of the Night” blends almost every 80’s horror stereotype together to create a rather vile concoction. 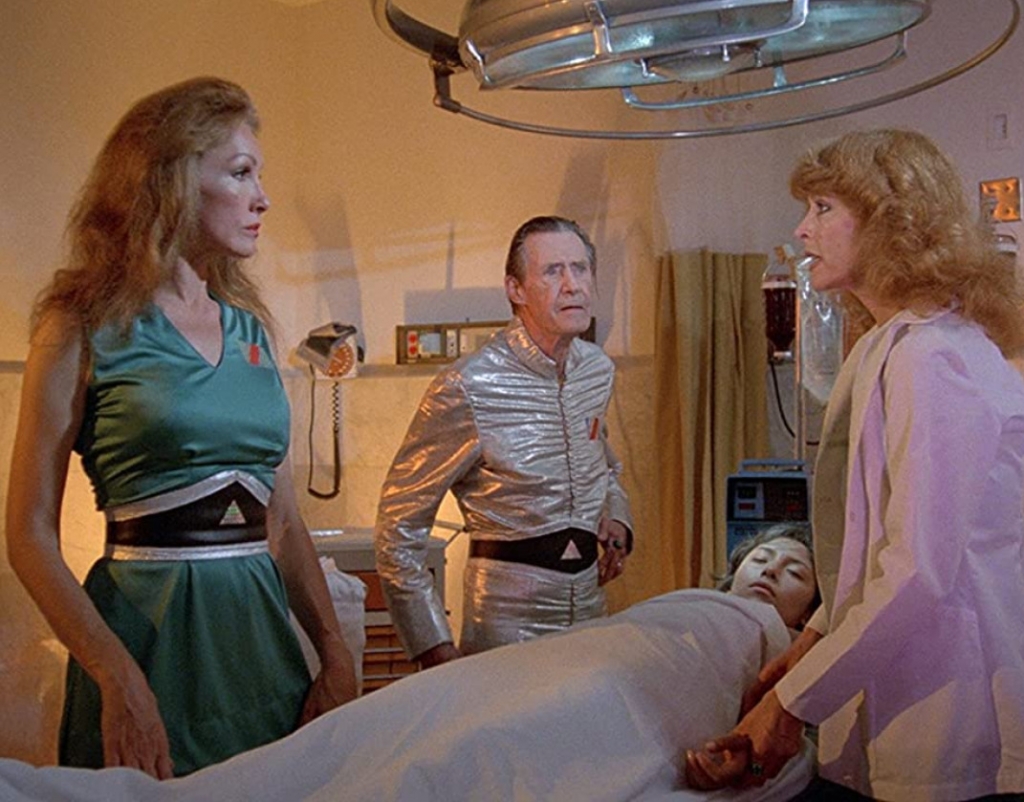 A group of Teens camping in the woods are kidnapped by Mechanics and sold to vampiric Aliens who plan on draining their blood so they can live longer. Let’s dig into 1985’s Evils of the Night, directed by Mardi Rustam.

By a conservative estimation, about forty percent of the film is sex and nudity. It’s textbook 80s. I’m not sure names were even assigned throughout the whole coital-filled opening. About forty minutes in, we pivot away from the teens getting kidnapped and leave the innuendo-laden dialogue behind for a dance with the Mechanics.

Once the Mechanics join the party, the whole film changes tone, but it is confusing. We stumble around, with a dreadful game of hide and go seek, until we figure out the Mechanics are supplying bodies to an Alien-run hospital. The Aliens drain the blood of their victims to extend their own lives. It’s not as ridiculous as it sounds…it’s much worse! The Aliens are played by John Carradine, Julie Newmar, and Tina Louise.

Three on screen kills produce a bit of blood (crushed by a car), including an impaled stomach (drill kill) and a severed arm (double bladed axe). Besides the sex, that’s about all the action. It ends with a whimper: a ray blast from space. *shrugs* 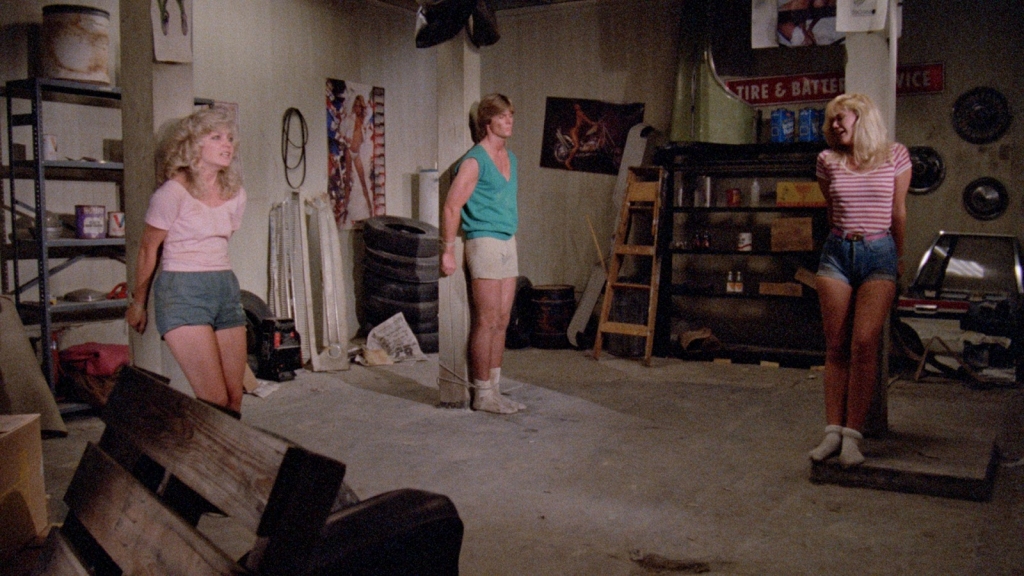 It’s beyond belief that these three Actors appear in this film. John Carradine, best known in horror for The Howling (1981), is also the father of a bevy of famous children, including David, Robert, and Keith. Julie Newmar also had a storied career, but you may recognize her feline-like appearance from her role as Catwoman in Batman ’66. Tina Louise is best known as Ginger from Gilligan’s Island. What happened here? ($$$)

Just about every sex scene has the girls stripped down to nothing and the guys either fully clothed or still rocking their pants. I’m not sure how they have sex in Levi’s and Dockers, but the 80s wasn’t known for its venereal parity.

The entire cast of teens are proverbial 80’s hard bodies. Choose your flavor. They’re all model handsome and equally vapid. 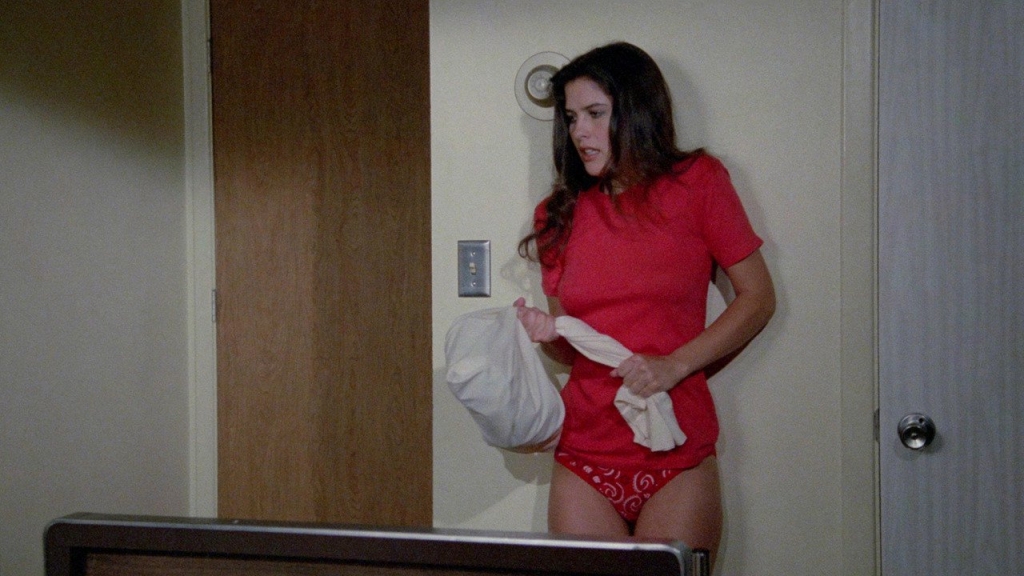 Not even putting this out into the universe.

Mercifully, no progeny to report.