This slasher is shot well and features Savini’s makeup work, but they fumble what could have been a poignant and impactful story. 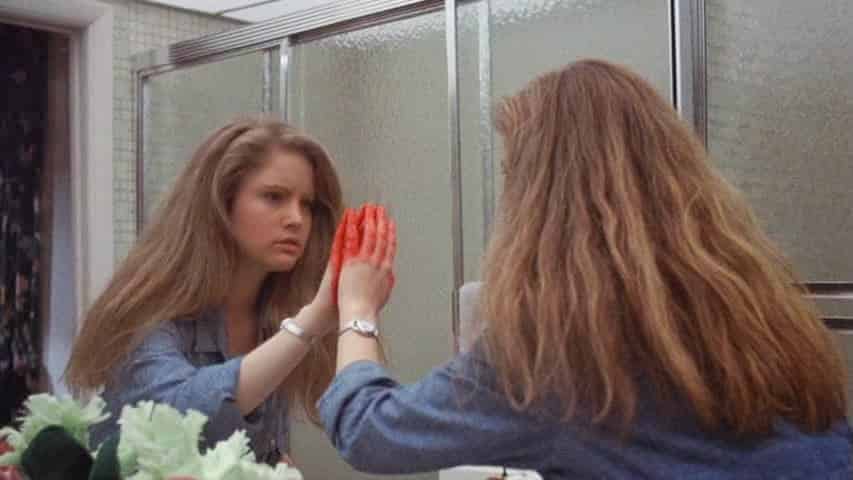 A reporter believes her neighbor is a serial killer and flirts with danger to uncover his evil. Let’s dig into 1981’s “Eyes of a Stranger”, directed by Ken Wiederhorn!

This is a pure slasher. Not in the sense that it’s structured perfectly like a Scream film, but in the sense that most of the movie is the unseen killer (though we know who he is pretty quickly) cutting and slashing at helpless women whose pleas for help are ignored.

There is a leaning here as if to romanticize the creeping, stalking, killer. Not as far as say Maniac, but I don’t feel a full attempt to pull for the victims — beyond turning Tracy’s (Jennifer Jason Leigh) vulnerability up to eleven.

When Jane (Lauren Tewes) finds out her neighbor is the killer, she starts phoning him and tormenting him relentlessly as he had done to his own victims. And, oh, how the turntables have turned. It’s a pretty rad moment of empowerment, but it feels like Jane’s teeth are dulled for the finale. 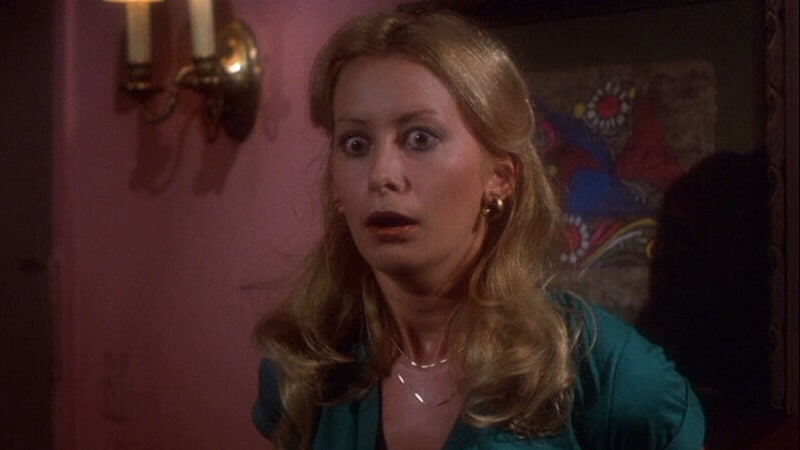 Featuring makeup effects by the legend himself, Tom Savini, there isn’t an abundance of gags. It’s mostly blood and one severed head which hadn’t been in the original release of the film, but everything is clean.

QT has mentioned the acting prowess of JJL before, and her effort is on full display in the climax. Some of it may come off cheesy but playing a deaf, mute, and blind character couldn’t have been easy to pull off for a young actor.

The big payoff of Tracy regaining her senses and saving the day should have been more effective. But instead, it played like a Marty Feldman bit where he knocks the side of his head to inflict an ailment and knocks it again to cure himself. In my opinion, the subject matter needed a more gentle touch and respect.

It is integral to the story, but any attempted rape scene should make you squirm. Add in that JJL even at 18 looked much younger, and it’s a recipe for an uncomfortable experience. I do understand how pivotal it was to the finale. 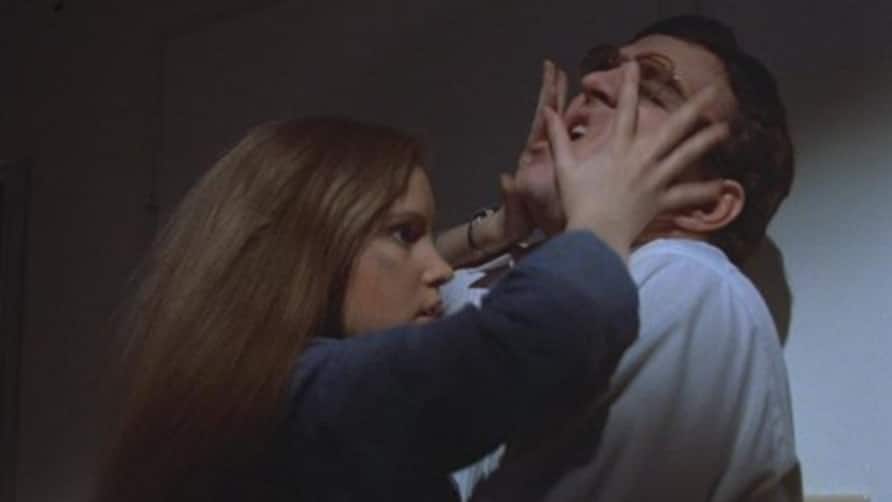 I’m in love with the potential this film had. There are few better-equipped mediums to deal with dark topics than horror movies. It lets us see the darkness without having to live in it. I just wish that vision had steered the ship back then, instead of cuts and slashes.

With more focus on Tracy and her ailments, this could have been a very effective film. Treating the trauma of rape with the weight it actually carries instead of making it fodder for a slasher would also punch in the graphic realism.

Scream Factory released a Blu-ray this past May. You can also rent it on Amazon, Apple, or Google Play.