Bound to impress your friends on trivia night, this Thanksgiving slasher will add to your already impressive repertoire of unwatchable films.

A drugged up, escaped mental patient terrorizes a group of people that can’t stand each other and ruins their Thanksgiving dinner. Let’s dig into 1981’s Home Sweet Home, directed by Nettie Peña.

The Body By Jake guy is a killer! He’s so jacked in this, I thought he was Lou Ferrigno at first. His lines are at a minimum and his biceps at a maximum. Lots of grunts and maniacal laughs and some hysterical kills — a flying elbow drop onto a hood to crush someone working on a car, for example — make this a performance to remember. And I’m sure it helped get him cast in the future.

Home Sweet Home, aka Slasher in the House, does boast a virtuous bit of uniqueness, as it was directed by a Woman, Nettie Peña. That’s something I can’t recall seeing much at all from an 80’s horror film, besides Kathryn Bigelow’s Near Dark. But my interest was piqued, and this was definitely a film worth investigating.

Unfortunately, besides the little girl (who I’ll talk about in a bit here), there’s no one to root for or care about — least of all the belligerent Mistake, a teenage guitar-wielding pain in the ass with his face painted like a mime. They’re all just food for the beast.

A standout scene was the killer injecting PCP on to his tongue. Though it was entirely unnecessary, it succeeds in making the audience squirm.

All in all, this movie is not a terrible way to wrap up a Thanksgiving kill fest, especially if you’re cackling like Jake after blowing all your dough on Black Friday deals.

A four-year-old Vinessa Shaw makes her film debut. You’ll know her best as Allison from Hocus Pocus (1993), or Lynn from the underrated 2006 Hills Have Eyes remake. She was also Kimberly in Ladybugs (1992), for all you Jonathan Brandis fans (RIP).

I kid about him, but Jake Steinfeld did try to teach America not to eat like shit. He also had bit parts in 80s hits like Coming to America (1988) and The Money Pit (1986).

Besides a symphony of heavy petting, the guitar playing and singing throughout the film (mostly by Mistake) is as annoying as it is useless.

Leia Naron, who plays Gail, has a very Deta Von Teese vibe. An early goth gorgeous Actor, that never stepped foot in front of the camera besides this effort, unfortunately. 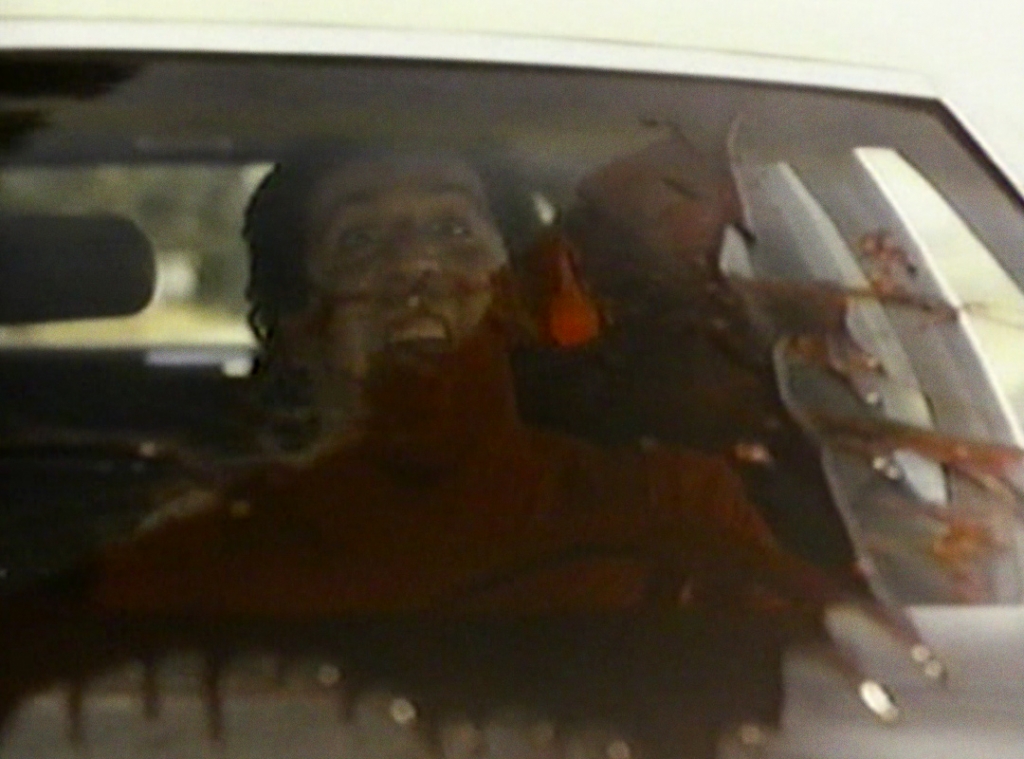 A criminally insane body builder terrorizing Thanksgiving dinner? It could be redone. Chances are, you would want to distance yourself from any direct relation to this film, however, just as Jake Steinfeld has.

I’d have to imagine the grunts that Jake Steinfeld practiced in this film were very useful later on while filming Body By Jake, but I can not confirm a connection between these two productions.

It’s going to take some hunting, but there is a DVD available out there somewhere if you care to look. Otherwise, a YouTube search will give you a solid Lo-Res copy to watch at no cost.