If you’re even a casual fan of the genre, you’ve no doubt heard at least some of the considerable buzz surrounding the upcoming horror blockbuster DEATH HOUSE. We were fortunate enough to talk in-depth with Producer Rick Finkelstein and Writer/Director Harrison Smith just before production began on the film. Both men greatly impressed us with their sincere passion for this film and their commitment to creating something truly special that would effectively honor the memory of horror legend Gunnar Hansen.

Now that filming has wrapped and moved into post-production, we had a chance to catch up with Smith again. He shared some amazing photos from the set with us and gave us an update on what horror fans can expect from this film.

“I have to say that this was a very positive and fun shoot,” said Smith. “Working with so many horror names could be daunting, but these people were so much fun, so nice and just so happy to do this for Gunnar. We created something completely new and fresh, but it’s also a small throwback to the eras most of these stars hail from. It’s a great hybrid of both worlds, and we really pulled it off.” 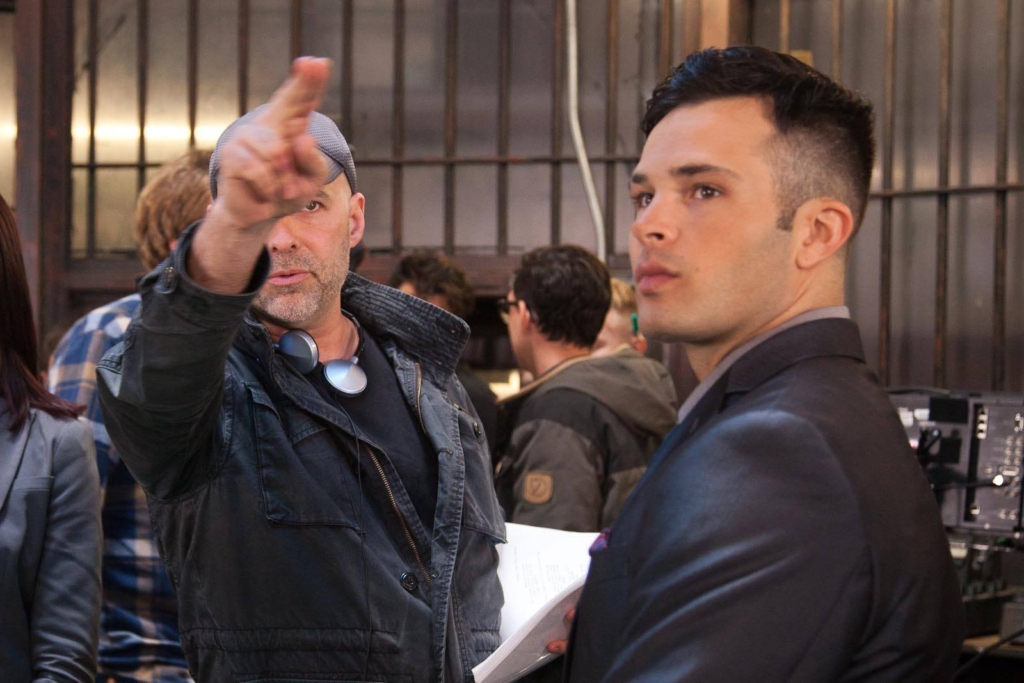 Harrison Smith on the set of Death House with Cody Longo

Smith went on to explain that DEATH HOUSE is a real love letter to horror fans.

“We have so many great horror legends in this film. But we also have a lot of surprises. You really have to pay attention so you don’t miss anything. And most of all, you need to know your horror!”

For Harrison, this was a dream shoot. Not only did he get to work with a dream cast of seasoned and highly professional genre greats. But he also had the incredible support of producers Rick Finkelstein and Steven Chase.

“Working with Rick and Steve was a pleasure,” Smith explains. “They made sure the set had everything it needed to function the right way. Rick is one of the most easy going and nicest people that I have worked with. His belief in me, as well as my belief in the script and what I knew this film could be, was the driving force behind this. He said we would get it done, and we did.” 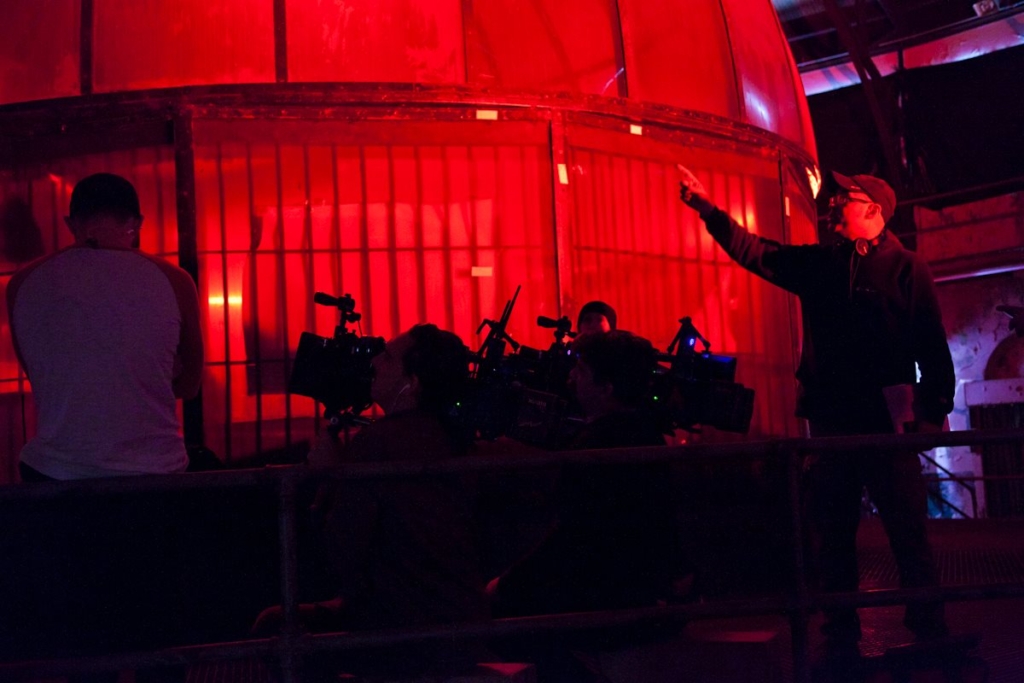 In addition to talking to Harrison, we had the chance to join Rick for a Reddit “Ask Me Anything” live chat. It was incredibly insightful, and he revealed a lot of great teasers and behind-the-scenes information, having been on the set the entire time during filming. We asked him specifically about his time on the set and what stood out to him.

“The one thing I felt overall,” said Rick, “as crazy as it sounds, was Gunnar’s presence. There always seemed to be a guiding force behind every bit of the filming.” He went on to add, “In between scenes you would find the cast and crew hanging out, and the sense of family was in the air.”

Finkelstein also talked about what it was like to shoot at the infamous Holmesburg Prison, which was used from 1896-1995 and was the site of controversial decades-long dermatological, pharmaceutical, and biochemical weapons research projects involving testing on inmates.

“The location of Holmesburg Prison was scary at times. Crew members saw a door slam shut once, felt the hair on their necks stand up. Some even took sage and a cross around with them!” 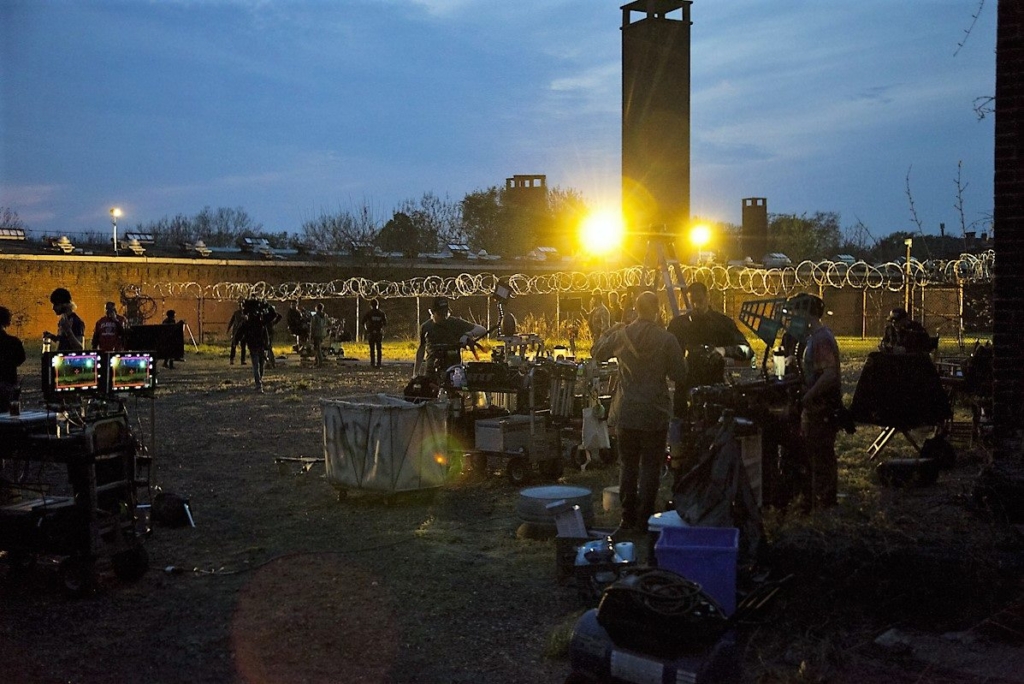 Rick continues by sharing more about why he thinks this is going to be such a special film and something horror fans should be very excited for.

“When we set out to make DEATH HOUSE, it was so important to not make a commercial gimmicky film. We knew we had to limit the use of CGI. We hired whom we felt to be the best in the business for our needs (SOTA F/X) and decided to make 90% of the effects practical in nature. Literally, they were making bodies and body parts for over 3 months — traveling across the county with gallons upon gallons of blood!”

We also asked Rick about working with writer/director Harrison Smith and why he believes Smith was the perfect choice for this project.

“When it comes to horror, he’s a pure genius. Harrison gets it, he gets me. DEATH HOUSE isn’t just a movie, it’s not just a franchise. DEATH HOUSE is destined to be the horror movie that other horror movies are judged by. The fact that we are on the same page is why this works. Quite frankly, it’s why we work.” 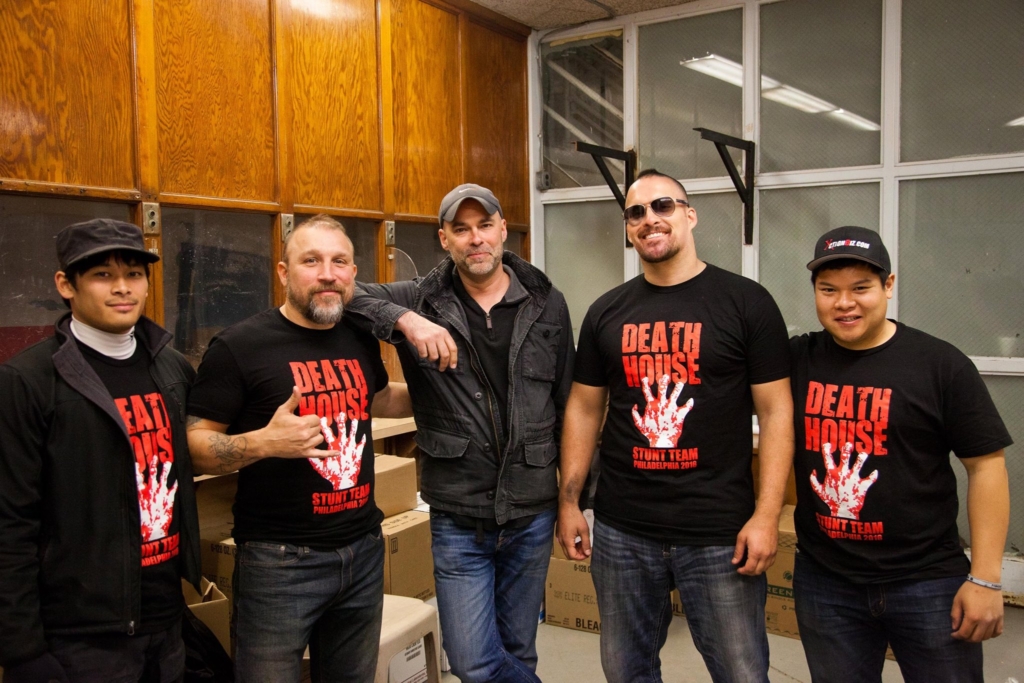 You can click here to read the full transcript from the event.

One Hell of a Horror Film

From everything we’ve heard so far, it sounds like this movie will appeal to both gore hounds as well as fans of smart, complex horror. It promises to have something for everyone, which is so rare in modern horror.

“This film combines a bit of everything,” said Smith. “We have science fiction, action and lots of horror. There is also a lot of blood and gore, so no one should be disappointed. Most importantly, DEATH HOUSE will be a lot of fun. Despite all the horror and action, it’s a very fun movie.”

The film is in post-production now. The first cut is one, and it’s being fine tuned. Smith let us know that the trailer is almost done as well, so our first look at this film should be coming soon! The film should be ready to go by October 2016, and then it will be up to the distribution company to decide whether it will be released in October or later in the year. But, as Finkelstein so beautifully sums up, “Either way, it’s going to be one hell of a release!” 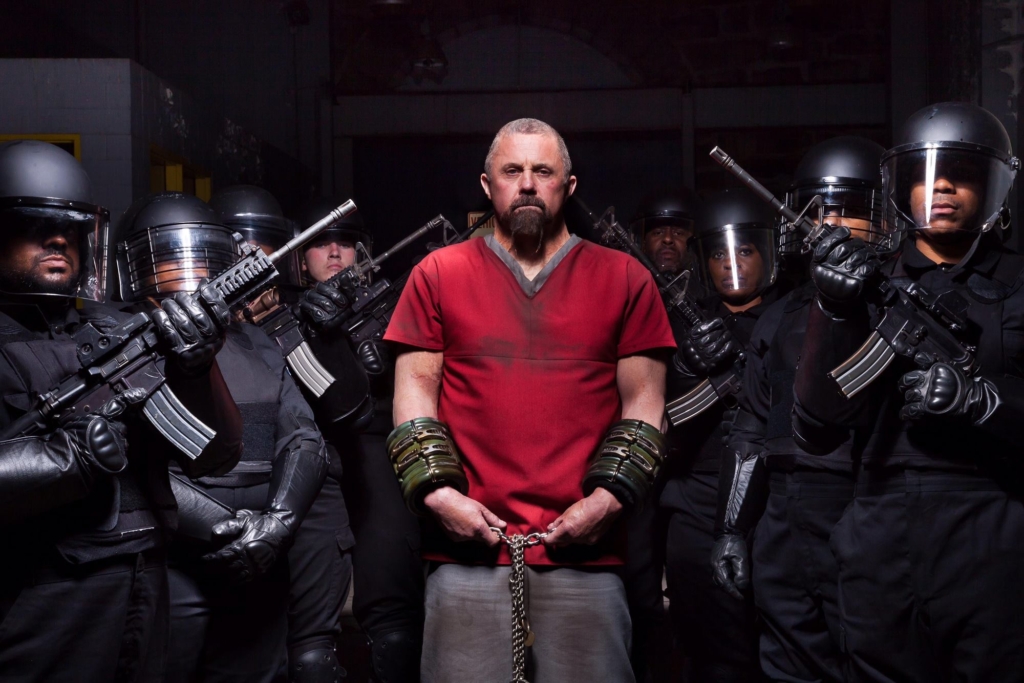 For more behind-the-scenes photos and videos, plus breaking news and film updates, be sure to like and follow the Death House Facebook page. Once the page hits 10k likes, Harrison Smith will be giving away a copy of the DEATH HOUSE script signed by the cast and crew. 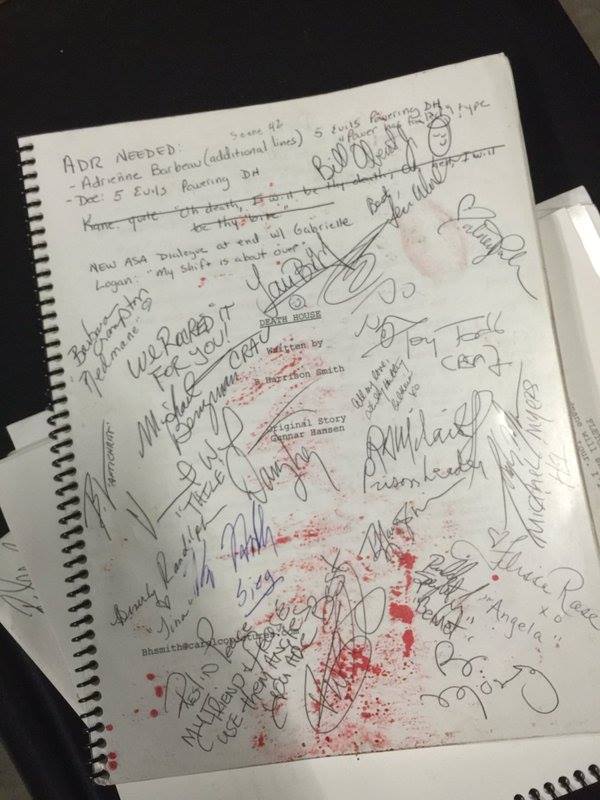