In round 3 of our head-to-head competition, 8 holiday horror films are competing, and your votes will decide who advances to The Festive 4! 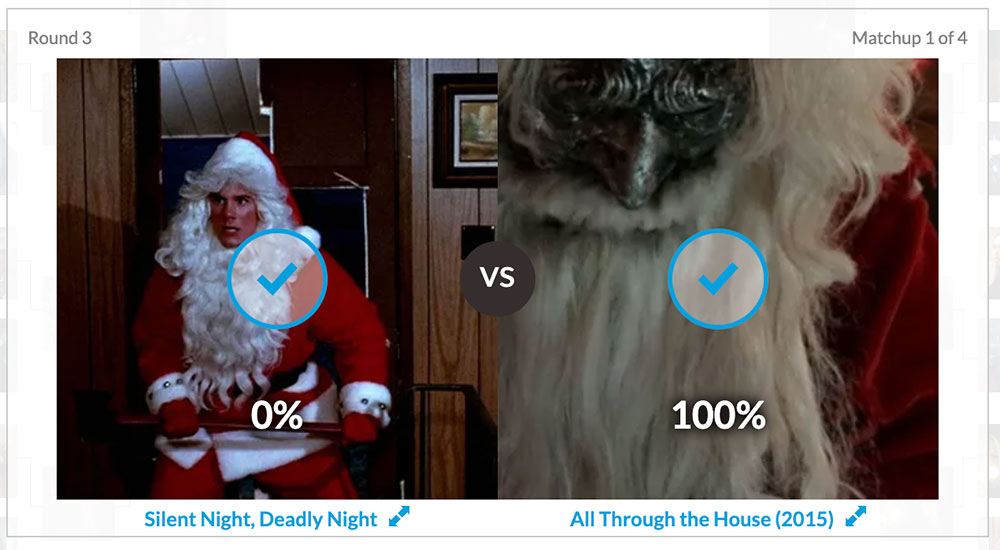 32 holiday horror films entered the festive fray, and only the greatest 8 remain to sleigh (and slay!) another day. After a flurry of votes during round 1 and 2, we’re back with a whole new set of matchups for you to weigh in on. Who will win in this head-to-head blitzkrieg? That’s up to you! And, as the first two rounds have proved, it’s really anyone’s reindeer game to win.

We kicked things off week one with THE FROSTY 32, which consisted of 32 movies in four categories: KILLER KLAUS, CREATURE CHRISTMAS, SLAY BELLS, and JOYFUL TIDINGS. After a week of voting, we narrowed it down to 16 sweet treats. Sadly, some truly joyful gems failed to make your nice list. Now we’re left with just 8 festive favorites…and these matchups are impossibly hard!

The winners of round 2 have been paired up as follows, with 8 films facing off in 4 matchups: 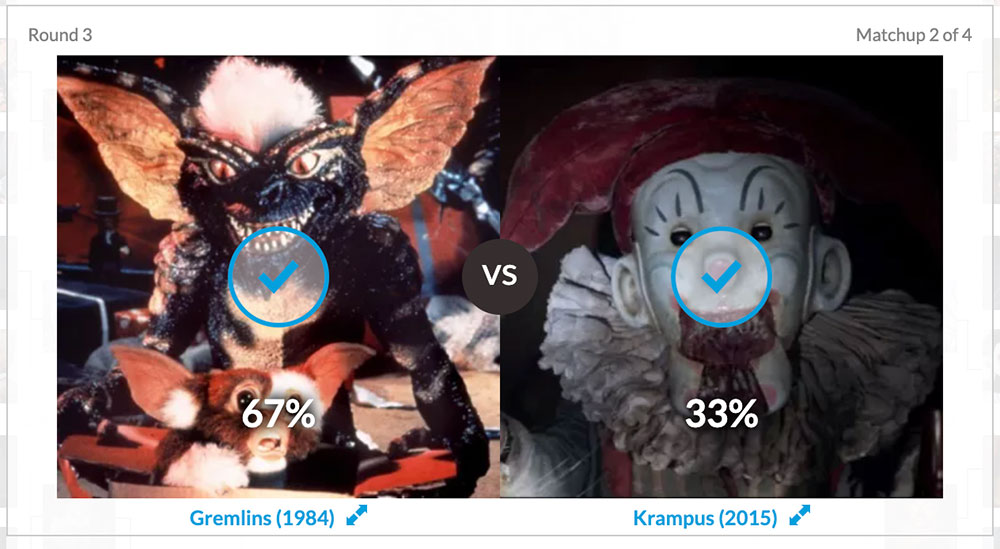 With each Match-up, vote for your favorite. You are able to vote once daily during each round. Be sure to also share on social media, and comment with your winning argument!  Voting for round one closes at Noon CST on December 5th, at which time you can vote on THE FESTIVE 4. 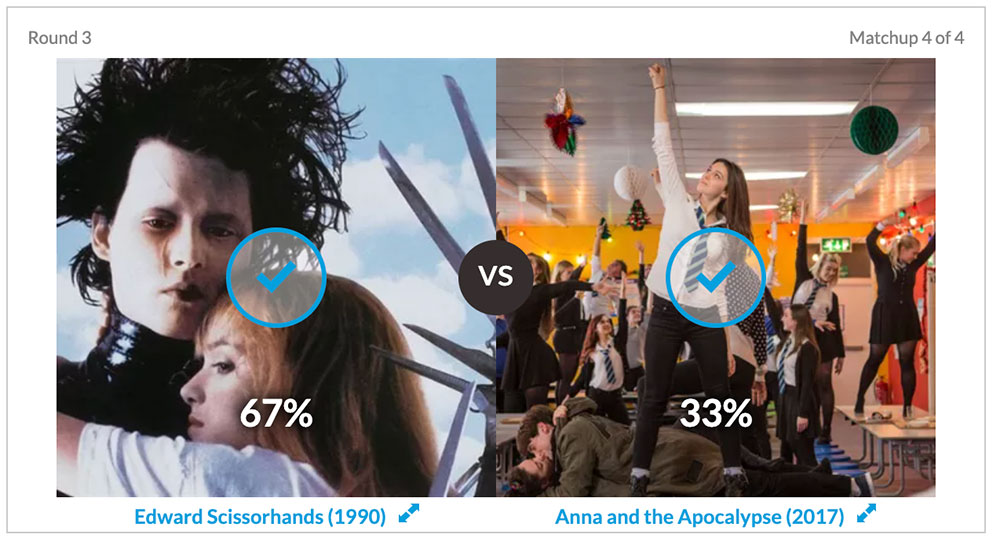 Be sure to share your picks on social media for the chance to win KILLER PRIZES. Use hashtag #MBHolidayHorror.

THE GREAT 8: CAST YOUR VOTE NOW!