This serviceable 70’s exploitation film has a wealth of horrific source material to build from, but it only scratches the surface. 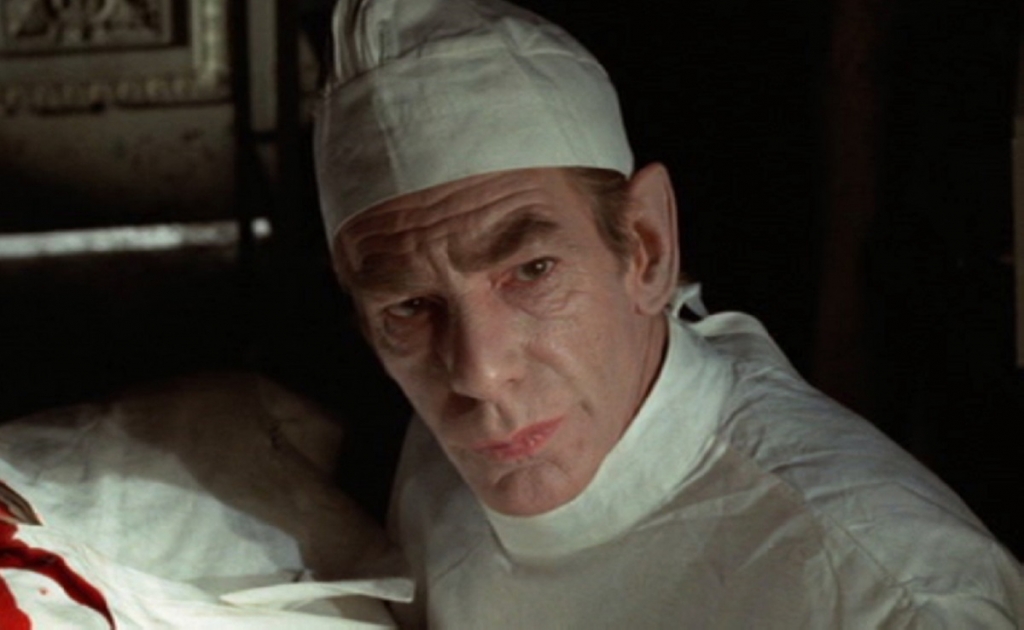 Not every vacation spot is a paradise, as Jason and Judy quickly learn when a nefarious Doctor has disguised a castle while he runs inhumane experiments on the visitors, trying to create a superhuman army under his complete control. Let’s dig into 1973’s “Horror Hospital”, directed by Antony Balch!

Alternative titles, some of which make little sense, such as Computer Killers, also include Eastworld, Death Ward 13 and the missed opportunity of using brilliant Doctor Bloodbath as the universal name.

Starting out with a concert (man I miss those) in a cramped venue by a band named Mystic (which is actually the 70’s electronic band Tangerine Dream), we are introduced to Jason. He is played by Robin Askwith and looks like a mix of Mick Jagger and David Johansen.

Disgruntled with his lack of musical success, Jason decides to go on holiday and is steered towards a castle-like manor by a travel agent who propositions him in exchange for a more expensive trip, to which he politely declines the man’s advances.

Surprisingly, there is a progressive line through the film. 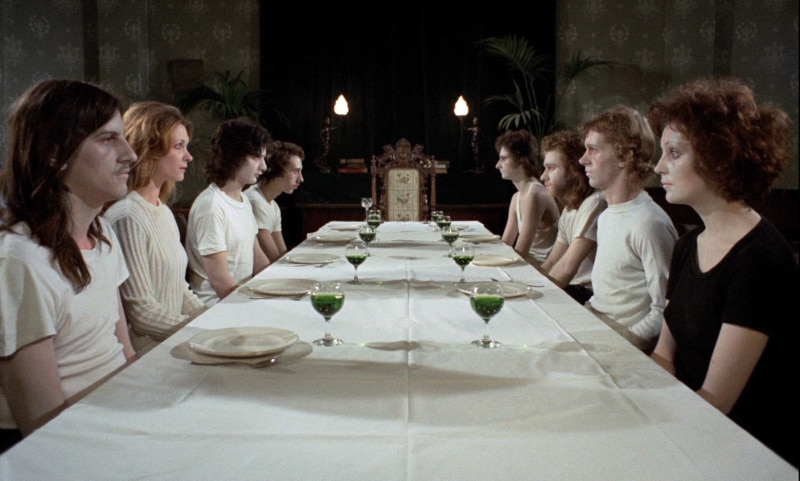 From the trans singer in the opening band, to the gay travel agent’s sexual proffering — none of it is treated as taboo. Jason even uses contemporarily accurate pronouns some fifty years early. A large supporting role cast a little person, and they’re treated with respect by the filmmaker instead of as a gimmick (beyond being the sidekick to a sadistic Doctor). I would say their socio-political awareness was ahead of its time.

Beyond these political factors, there is a drove of elements that ring a familiar bell. The guards who wear ill-fitting Bell motorcycle helmets remind me of THX-1138. The odd colorless shit-demon is reminiscent of Dogma. The zombified patients totally look Romero NOTLD. The whole film has an air of intrigue for Mengele and his inexcusable work (it is revealed later that the Doctor worked for both the Russians and the Nazis).

The problem with the Nazi Doctor angle, if you can stomach the thoughts of reality, is it’s the major driving force of the plot… yet it’s handled rather flippantly. Often horror is at its most effective when it’s based on reality. There is no reality more horror filled than the crimes against humanity used for inspiration here.

A note of compliment, the Rolls Royce Phantom III with a murderous James Bond-esque contraption was creative, as was the synchronized sheet pulling when Judy enters the sleeping quarters. Both could make for great scares if revisited in a remake. 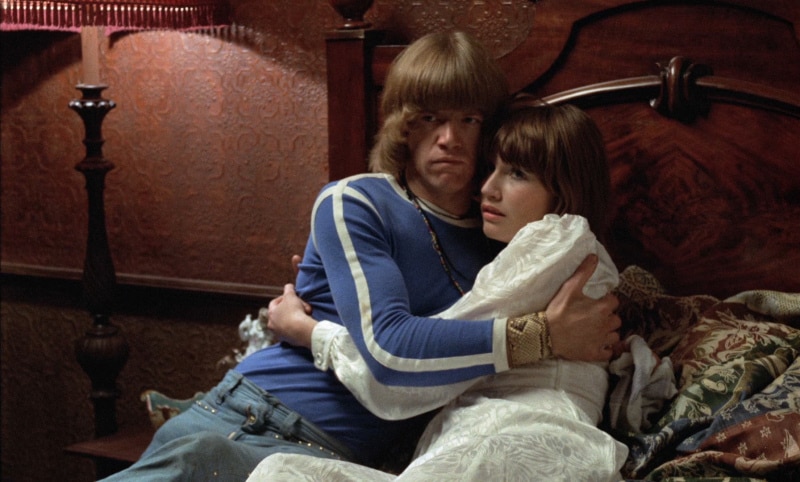 The late great Michael Gough stars as Doctor Storm. His long and busy career saw him have an extended run on Doctor Who. But for this product of the 80s, he’ll always be Alfred Pennyworth to me (Batman ’89).

Of course, the test subjects must bare all the breasts, though it is evened out with some brief full frontal male nudity as well. By 70’s exploitation standards, it’s rather tame.

The quick jump to romance between Jason and Judy would have been fine if it didn’t become a priority above all else. Story, logic, and a natural aversion to danger were thrown to the wind just to get Judy naked and into the shower.

Judy, played by Vanessa (Phoebe) Shaw, has a very pronounced beauty. In the vein of the formidable and dashing Vera Farmiga.

There is a lot to play with. Repackaging the castle get away as a “Wellness weekend” would fit right into the current lexicon. Maybe I’ll keep the idea for myself and hold off on any more details. *rubs hands together and readies his fingers to smash away at the Underwood*

A Blu-ray with Graham Humphrey’s cover art was released by Odeon, or you can stream it on Amazon Prime, Tubi, and Shout Factory TV.