“Mortuary” is a good film that loses itself with misdirection, but worth a watch for an early performance from “Wild” Bill Paxton. 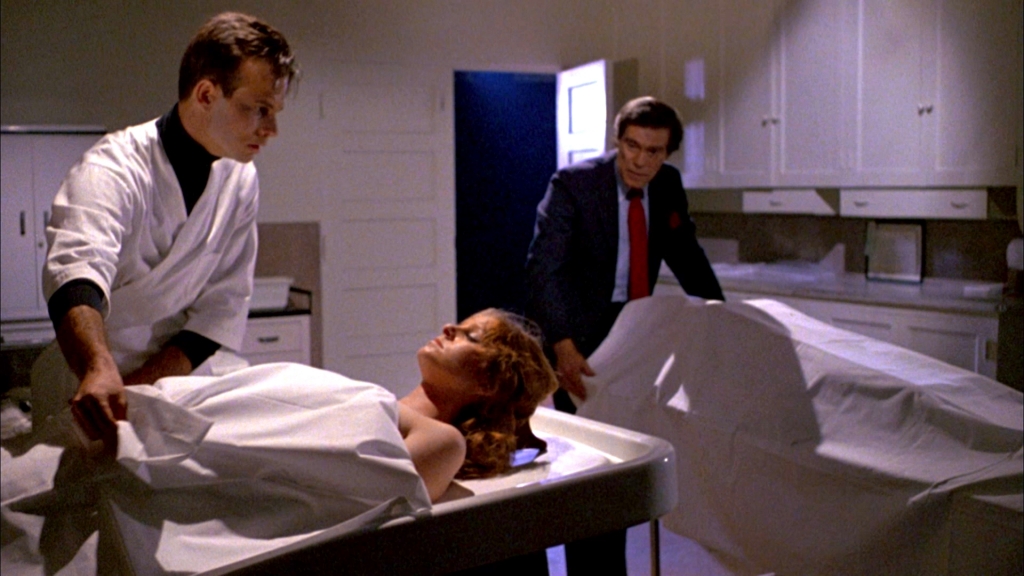 Christie’s father committed suicide, or so everyone tells her, but she knows he was murdered. Trying to prove her theory, Christie encounters strange rituals and the creepy son of the local mortician — plus a whole lot of murder! Let’s dig into 1983’s “Mortuary”, directed by Howard Avedis!

With a killer that looks like a mix of Nicholson’s Joker and Captain Howdy, you know this has to be one of those deep dive films that delivers color like a graphic novel. The Heaven’s Gate Mortuary houses more than loved ones drained and made up for their last goodbye. Séances and strange employees create a malicious mystery, as Christie and her boyfriend Greg uncover strange happenings centered around it.

Bill Paxton, who plays a young Mozart-spinning square on the outside (but a freaky necrophiliac on the inside), delivers glimpse of the brewing actor he would become — though flubbed lines and flat delivery show someone feeling out their oats. He can play a creep like nobody else.

As for the plot, I found some aspects made me think of Scream (1996). A scorned suitor who kills everyone around the girl with a psychotic mother long thought dead. Though the comparisons stop there, as the low budget really shows, and the budding actors are anything but polished. 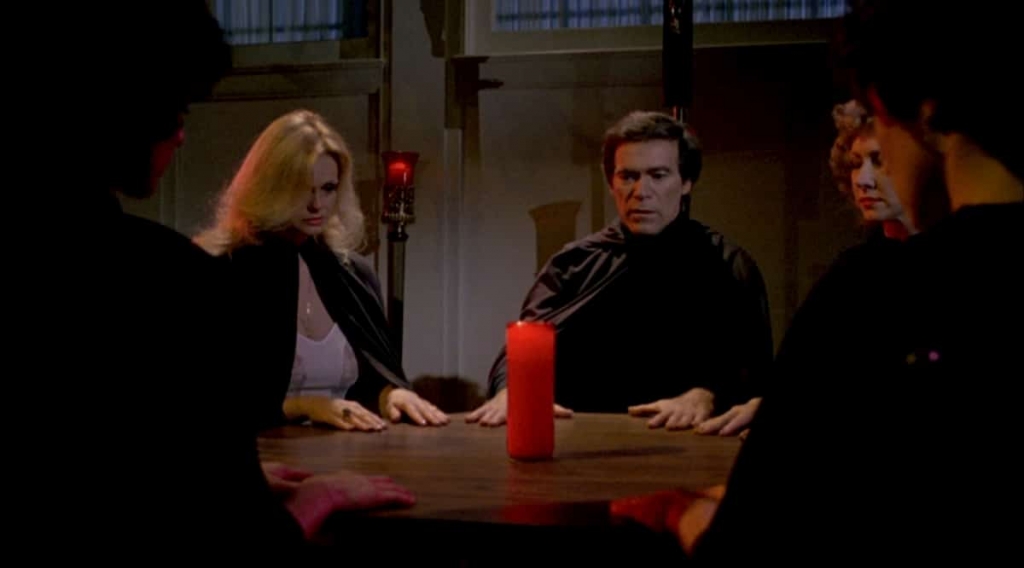 The red herring “cult” adds to the horror but ends up eating up too much of the film to make the real malevolence contain vigor.

A Mozart concerto of dead bodies brings us to the peak, throwing decay to the wind as dead bodies seem to be in recently fresh shape, and a twist ending leaves us on a cliffhanger that may have been intentional to leave the door open for a sequel that never came to fruition.

I was always a Pullman guy, but there is a lot to be said when you’re the only Actor that’s been killed by a Terminator, a Xenomorph, and a Predator. The late Bill Paxton left a legacy of genre sweethearts like Near Dark, unforgettable comedies like Weird Science, and action smashes like Aliens. His contribution to film is singular.

Strategic camera angles render the lone sex scene genital free, and most of the sexuality in the film is coupled with Paul’s macabre kink of embalming beautiful woman. It’s apropos to the psychology of the character and rightfully unsettling. 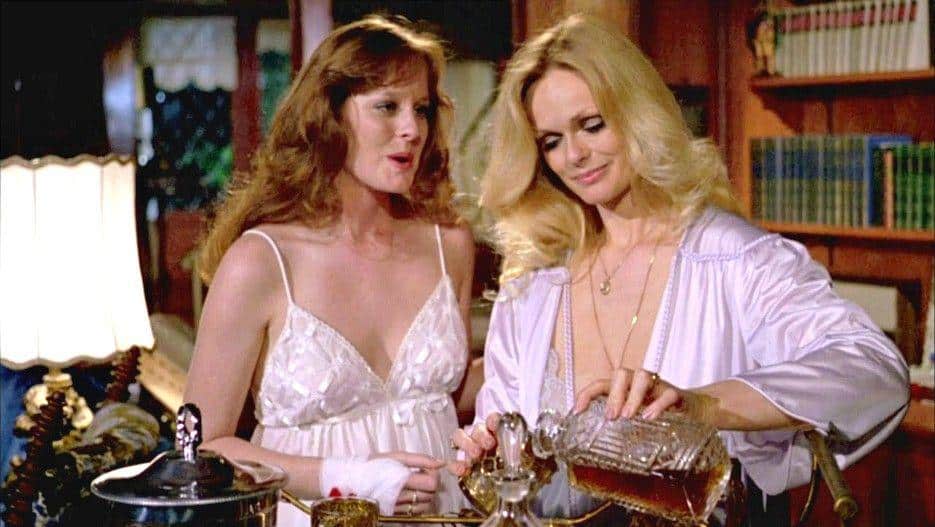 Lynda Day George, who played Christie’s mother, was just 39 at the time. She was vibrant and beautiful and could have played an older sister to her film daughter.

Greg, played by David Wysocki, has that tall blonde surfer look and was in his flawless youthful prime.

It’s unfortunate a revisit couldn’t bring back Bill Paxton, but the setting is unique enough this could pass as original with another go at the content.

Scorpion Releasing put out a Blu-ray in a limited edition. You can also stream Mortuary for free on Amazon Prime, Tubi, or Shudder.