Clearly a Zombie film despite the title, “Mutant” is fun and sincere 80’s undead fest — with an action packed third act that really satisfies. 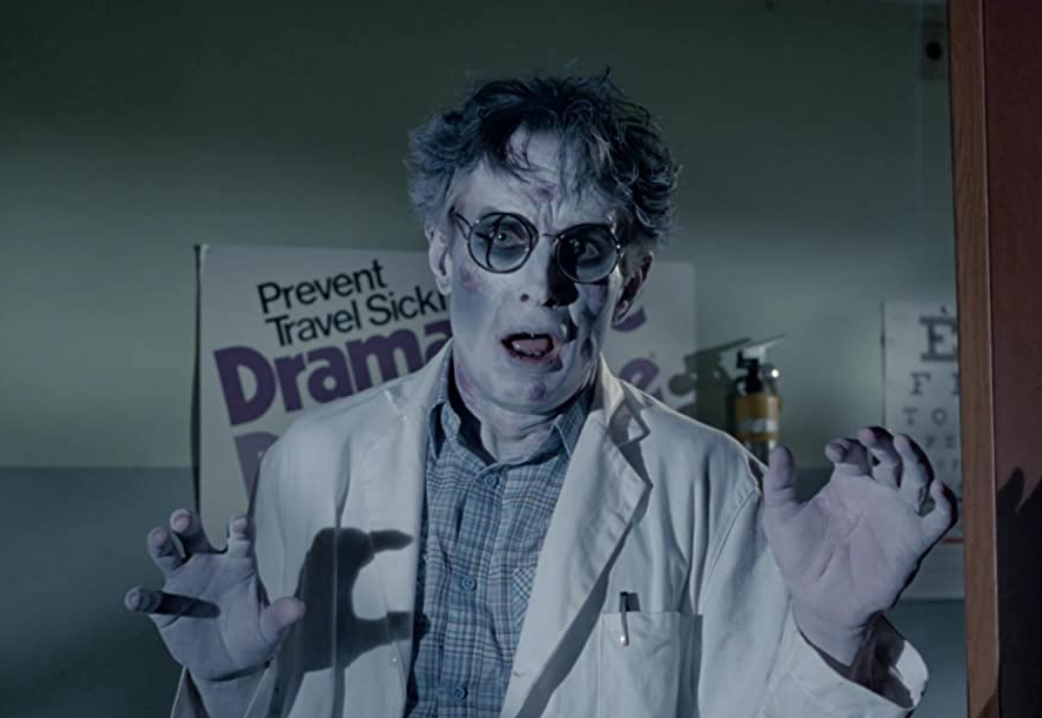 Two Brother’s break down in a backwoods town and discover some of the residents are deadlier than guns thanks to toxic waste that’s turned them into flesh and blood fiends. Let’s dig into 1984’s “Mutant”, directed by Bud Cardos!

Originally released as Night Shadows and penned under the title Pestilence, Mutant has a rather singular behind the scenes story attached to it. A budget that swelled to $2.5 million and under performed once released, Mutant is considered the nail in the coffin for Distributor FVI and Ed Montoro.

Though not a complete failure (it earned a platinum award for selling 100,000 home video copies), it was coupled with an expensive divorce that led Montoro to arrange to “disappear” with $1 million of the company’s money and never be heard from again.

Like an earlier FVI production, The Dark (1979), where the original director (TOBE HOOPER!) was removed and replaced, Mutant saw original director Mark Rosman cede the helm again to John “Bud” Cardos. Cardos was someone who the producers felt could better grasp shooting action scenes, and there is a clear payoff. The fight choreography in the bar room brawl could easily have fit in a scene in Road House (1989) — minus the Swayze. There is also an impressive car stunt with one of the ghouls riding atop a fleeing car. 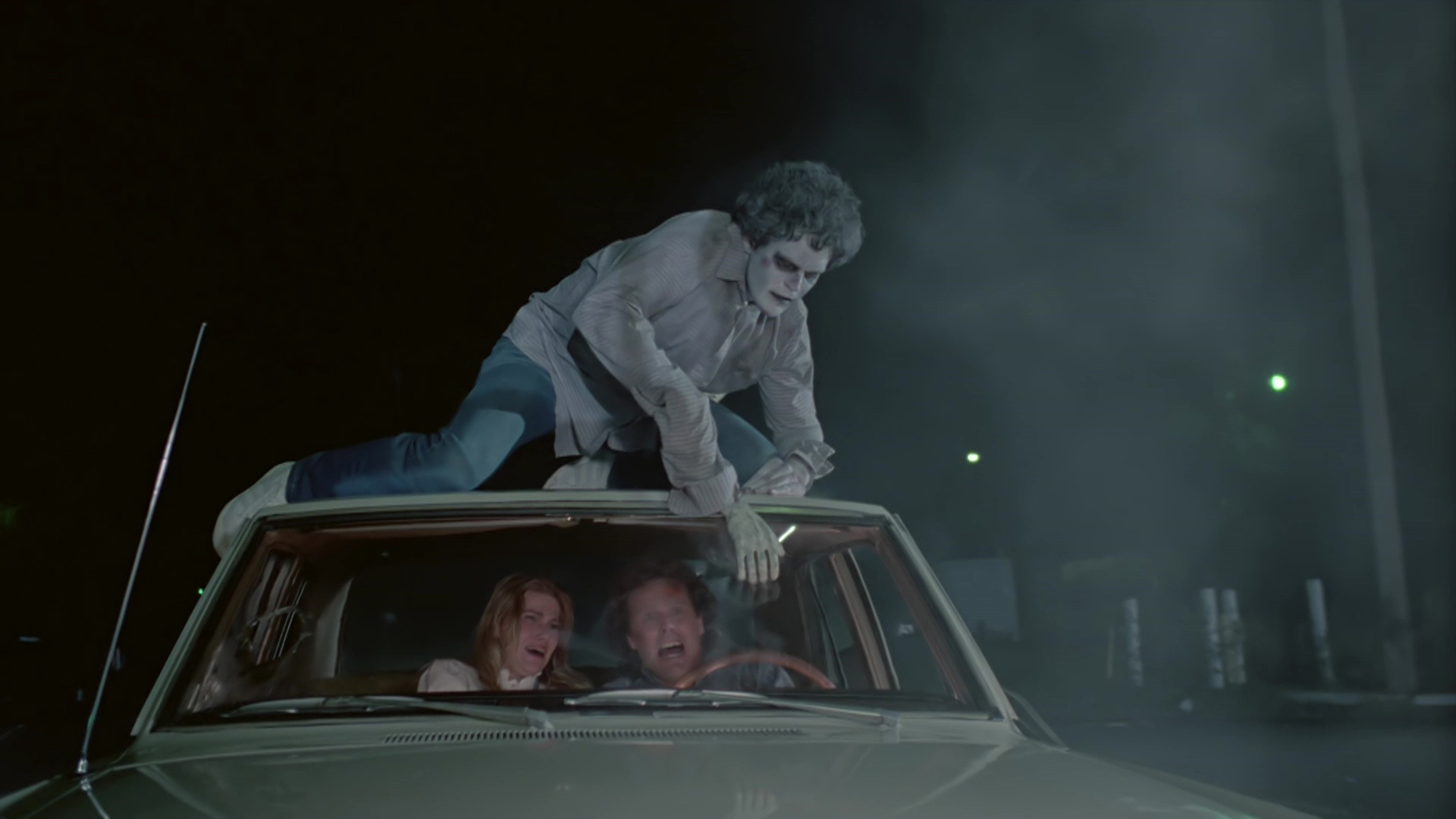 As for the story, we’re not hitting much of an original stride: a pair of Brothers “poke the bear” with some locals as they drive through town, and their car ends up in a ditch. It’s the kind of town that uses confederate flags as wallpaper, and we leave this origin tale behind once the melee begins. Star Wings Hauser plays Josh (and looks like he could be the brother of brilliant Comedian Fortune Feimster). He carries the film well enough and has good chemistry with quondam actor Jody Medford as Holly Pierce.

The real on-screen magic, though unfortunately truncated, happens between Bo Hopkins and Jennifer Warren as Doctor Myra. Warren, who I recognized instantly from Slap Shot (1977), is undeniably a great actor. Her presence lends credibility to the effort of a film that may not be taken seriously.

The zombies, berthed from the dumping of chemical waste, spread their virus through their invaginated palms. They are also inexplicable pale blue. But the horde of zombie kids is a real stand out scene for me.

I have no delusions about the quality of the film. It just happens to be one of those deep cuts I’ve enjoyed. It has the condition I’m looking for in all these films I watch from day to day; it’s just fun. 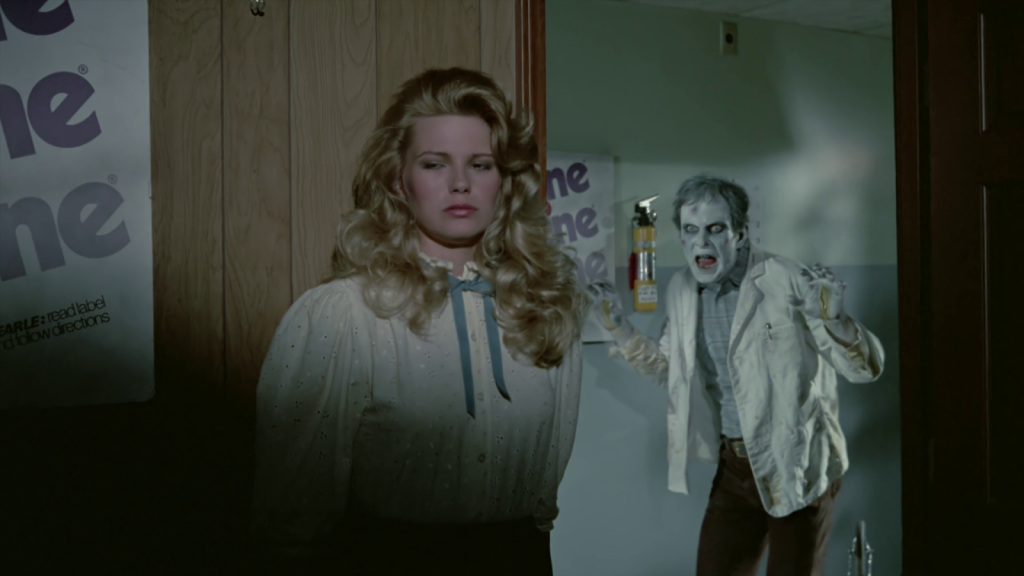 Bo Hopkins (Sheriff Stewart) has starred in everything from Peckinpah films to the heavily derided Hillbilly Elegy (2020) from Netflix. He’s part of an old guard of actors who cut their teeth in Westerns, and there are not many of them left today.

Producer Igo Kantor made a concerted effort to treat the film with “PG” gloves. In a 1984 issue of Fangoria magazine (#34), Kantor states, “The subject matter may be R, but the way it’s treated is PG. There’s no sex, there’s no extreme violence – nobody gets their head chopped off or anything like that – and even when the creatures get shot, yellow blood comes out of them…”.

All that said, the film doesn’t feel neutered for his chastity.

Holly, the barkeep/teacher, is a rustic Cinderella. Actor Jody Medford turns in a respectable heroine performance (despite the feelings of Producer Kantor), and her protest when being told to “stay here” and let the man deal with the danger wasn’t commonplace in golden era horror films. 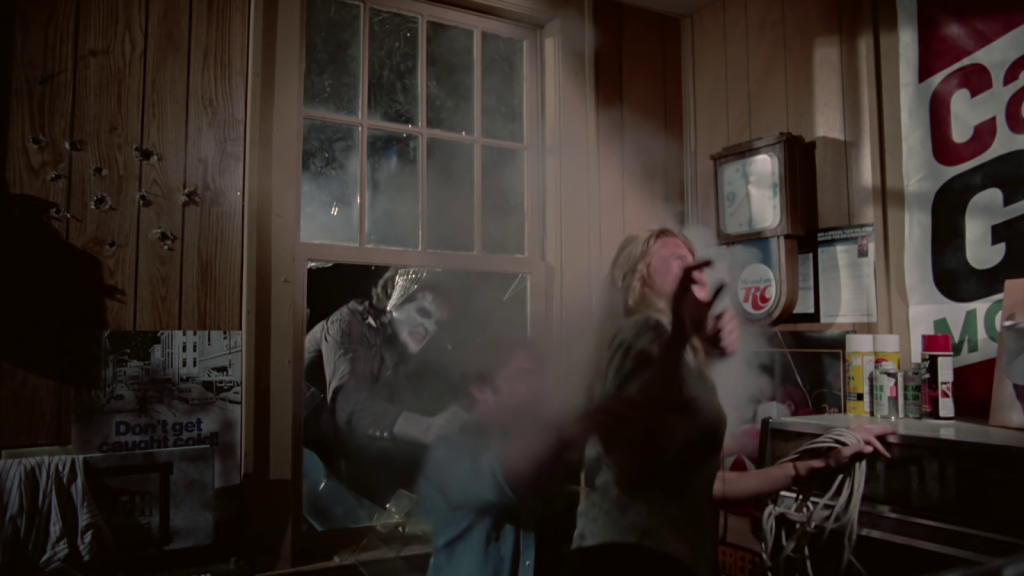 There isn’t an unoccupied lane to fill with an Eco-Zombie thriller such as Mutant. Any attempt to revive the soul of this 1984 effort would feel too mundane. Leaning into the clash of culture between city folk and country folk could prove fruitful, and I’m sure there are plenty of young writers today who could vividly display the demarcations between society.

Reportedly, there was a sequel written in the early 2000s that remains unproduced. However, the writers who were stated as being attached and having finished a script did produce a Sci-Fi movie called Bugs (2003), which very well could have been derived from the aforementioned screenplay. The film Nightmare at Noon (1988) is also considered by some to be a remake of Mutant, but it’s also considered a soft remake of The Crazies (1973), so who knows?

Code Red released a Blu-ray version which is available through Diabolik and Amazon, or you can stream Mutant (search: Night Shadows) on Tubi, Flix Fling, or Amazon.