An MTV generation horror film built on an opulent setting that had the tools to be great…but was inevitably doomed by prodigal habits. 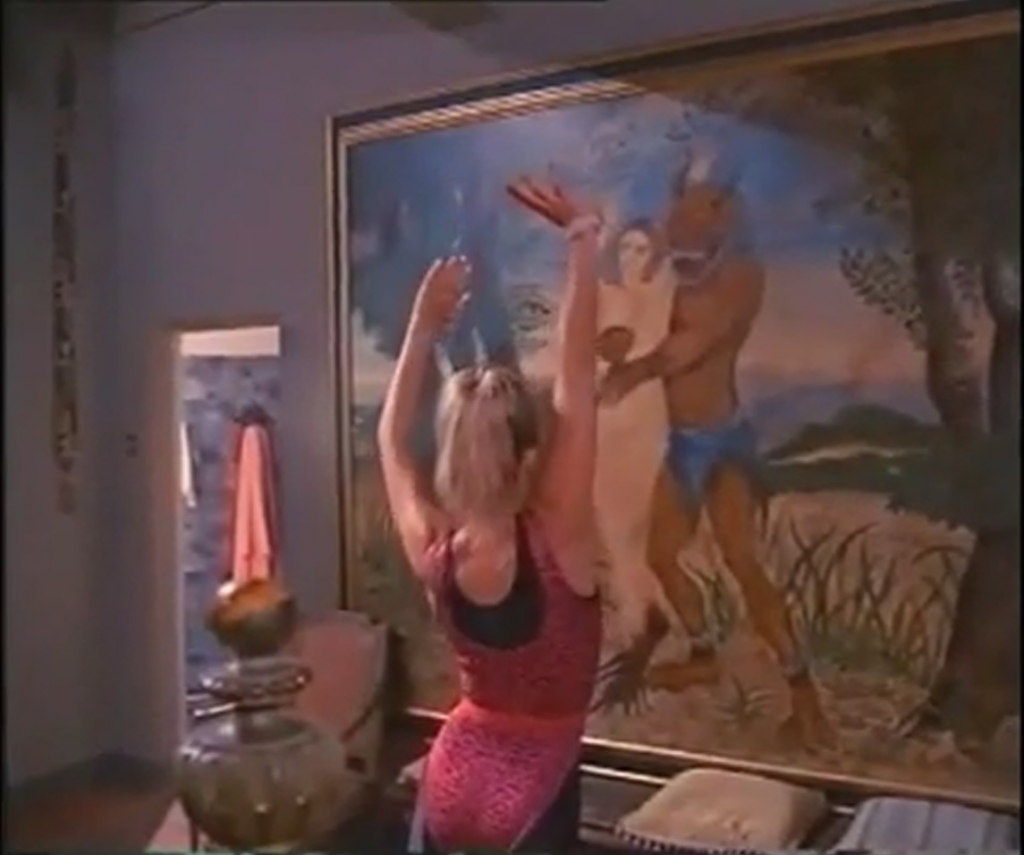 Siblings win a trip to an Italian castle for a chance to win one million dollars sponsored by a pop star. Little do they know the castle is owned and controlled by the devil himself, and the prize comes at a great price: their souls! Let’s dig into 1988’s “Spellcaster”, directed by Rafiel Zielinski!

Filmed in 1986, Spellcaster fell into distribution hell thanks to the dissolution of Charles Band’s Empire Pictures, which went under in 1988. It finally saw a video release in 1992. But for our purposes, it’s an 80’s film.

Seeing the name John Buechler in the opening credits, you know you’re in for high end special effects work. The type of foam and latex that filled the pages of Fangoria.

Opening with a Cassandra Castle music video on a faux-MTV called Rock TV, viewers are told of the winners of a contest. Siblings Jackie and Tom who work a dead-end job in Cleveland, Ohio, are announced as two of the contestants who will get a chance at a million dollars. And off to Italy we go for the proper castle with gaudy décor.

The exterior shots of the castle are of Castello Orsini-Odescalchi, which is famous for celebrity weddings and a museum of prior Lords and leaders. The interiors may be more famous, or infamous, in these bloody circles as the same location used for 1995’s cult classic Castle Freak, which just saw a reimagining by Face-Off alum Tate Steinsiek (distributed through Shudder). Band purchased the castle, which seemed to inspire castle-based stories even after Empire Pictures crumbled. You use what you’ve got. You don’t write a bank story unless you’ve got a bank to play with, or money to burn. 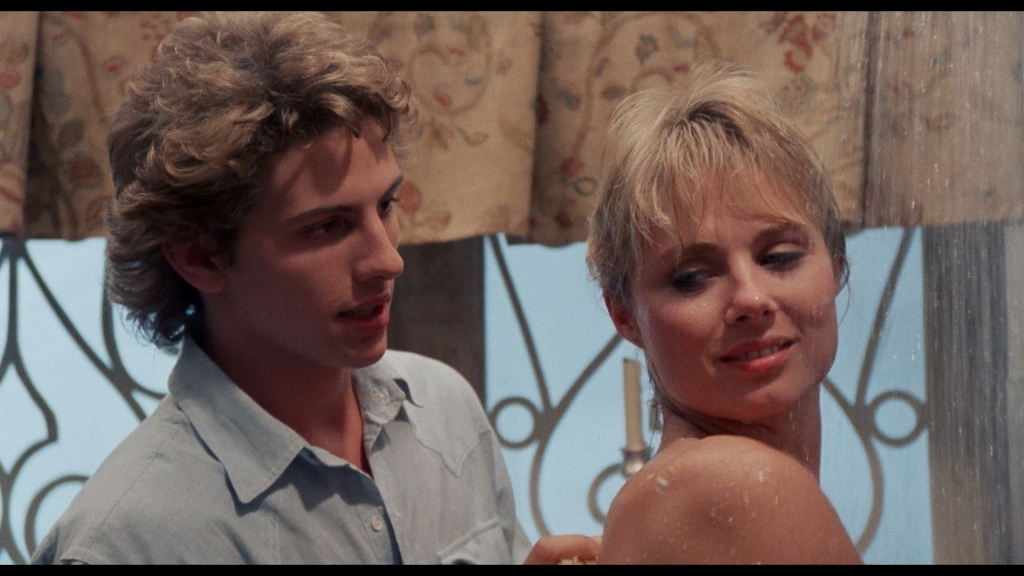 Though there is no high expectation for performances, they aren’t terrible, pleasantly surprising even. But it’s the structure and flow of the film that falls short of its potential. There are no rhythmic beats, things just happen. And then, and then, and then. Within a more rigid outline, the fun would have had room to breathe as we meander through the vast castle.

Some shining moments come from Buechler’s work, a foreseeable outcome.

A bronze frog-like statue which comes to life looks seamless, and a man-eating chair with a face reminiscent of the crate beast from Creepshow, really allow him to flex his creative muscle. The archetypal fat guy, Harlan, scarfs down a spit roasted pig and is subsequently transformed into one, with expertly crafted hooves and a terrifying, charred pig’s head. But it’s the huge demon that really blows me away. One of the most elaborate and impressive fabrications I’ve seen — until the Chiodo Brothers brought their magic hands to Ernest Scared Stupid for those slime-covered, child-snatching Trolls.

There’s plenty to enjoy in this hidden video cabochon. 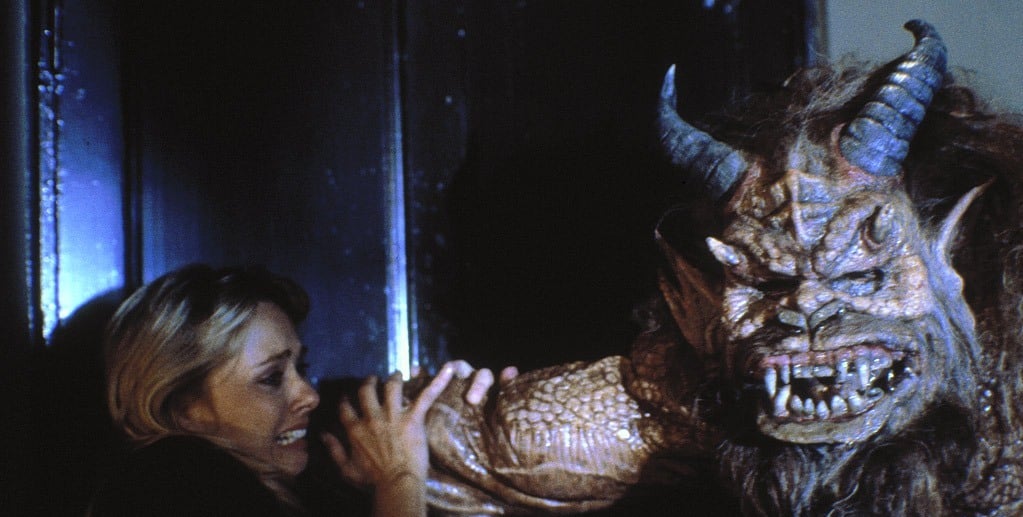 Adam Ant, the New Wave Pop sensation from the UK, plays an important bit part as the devil incarnate. Yet, he feels underutilized as his charisma touched close to Bowie-esque. He dabbled in film here and there but stuck mostly to productions within his musical endeavors.

Bunty Bailey (Cassandra Castle) had her own real-life brush with Pop stardom, starring in arguably the best music video of all time: A-Ha’s “Take on Me”. She also had a part in Stuart Gordon’s nightmare inducing Dolls (1987).

Gail O’Grady (Jackie) has a long list of credits, most familiar to me as Donna Abandando, the receptionist from NYPD Blue.

Have you ever seen Rumpelstiltskin (1995)? It falls out of the purview of this project. Though if I decide to do a 90’s week, it will certainly be in the queue. I highly suggest tracking it down if you dig cheesy video store era horror, which I assume you do if you’re reading this. There you’ll find Kim Johnston Ulrich, who stars as the acerbic Teri in Spellcaster.

Typical direct-to-video nudity, a mild shower scene, a mild bath scene; it doesn’t add up to much to roll your eyes at. An attempted rape by the sleezy Tony is quickly quelled and resolved by tossing him off the roof of the castle. 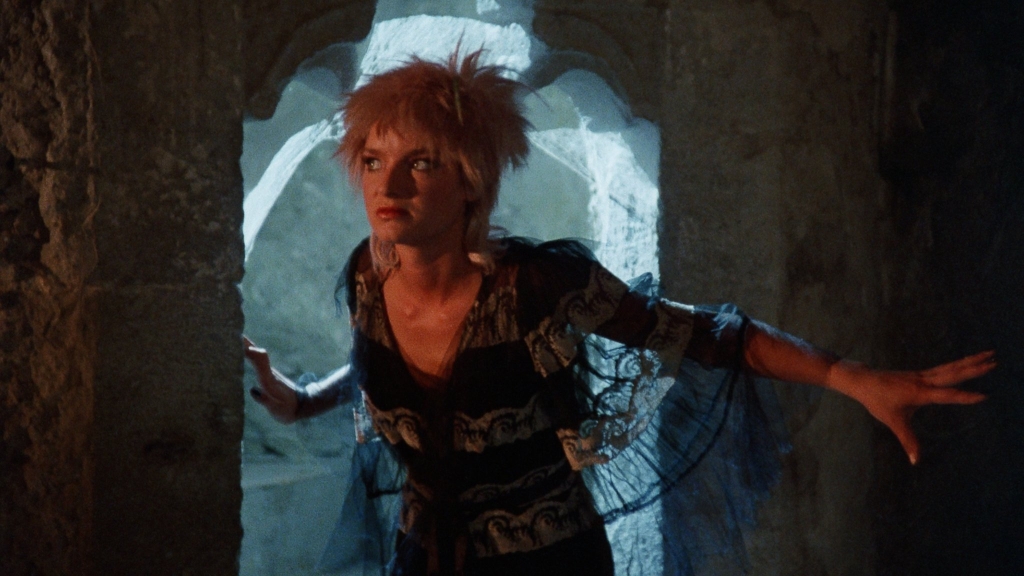 It seems that Gail O’Grady (Jackie) has been gorgeous just about her entire adult life. Here, she is much humbler than say her bouffant hairstyle in NYPD Blue, which only serves to accentuate her innocence and make her that much more endearing.

Unless you have cheap and ready access to a castle, there is no reason to try to duplicate that aspect of the film. Band specifically bought it to use for productions, though I don’t know how much he was in for. It doesn’t seem enough was filmed there to warrant the expense. The premise could be fun enough though if you approach it with a thrifty mindset.

Spellcaster is streaming on Tubi, for rent to stream on Amazon, or available on Blu-ray from Vinegar Syndrome.