Classic themes and absolutely beautiful visuals make this an enjoyable watch with a strong cast consisting of a lost generation of actors. 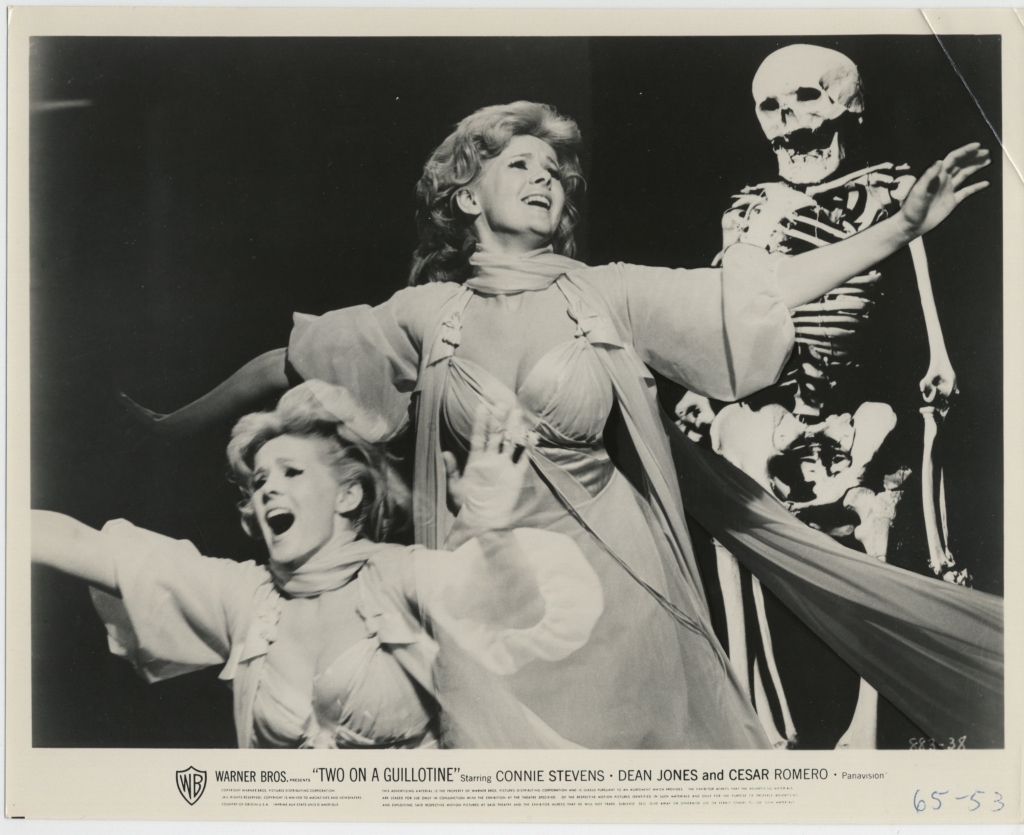 A young woman must spend a week in her Father’s creepy mansion filled with tricks to inherit his fortune. Let’s dig into 1965’s “Two on a Guillotine”, directed by William Conrad!

The story feels a bit “classic” even for the mid sixties.

I’ve got no problem with old traditional tales if they’re done well, and the one thing I will say endlessly about this film is how beautiful it looks. You can knock the story — which drags — and you can say the twist is predictable (it is), but you can not speak poorly of the cinematography (unless you’re a dirty liar).

The opening performance is crisp, and the camera’s eye is expertly maneuvered to showcase the Duke’s trick. The dream effect is old school, but unique as far as the films I’ve seen from the era. It starts out a bit janky, with the superimposed image, but is quite economic as it plays out.

I wish there was more chaos within the house of horror, or gags. The props could have been a lot more fun. Cheap “scares” if you ask me.

A nice and tidy ending with a bit of a Scooby-Doo finish as the Duke is hauled off by the police doesn’t bother me as much as films that can’t figure out how to drop the curtain.

Nothing to rush to the tube for, but a worthy watch if you dig the era. 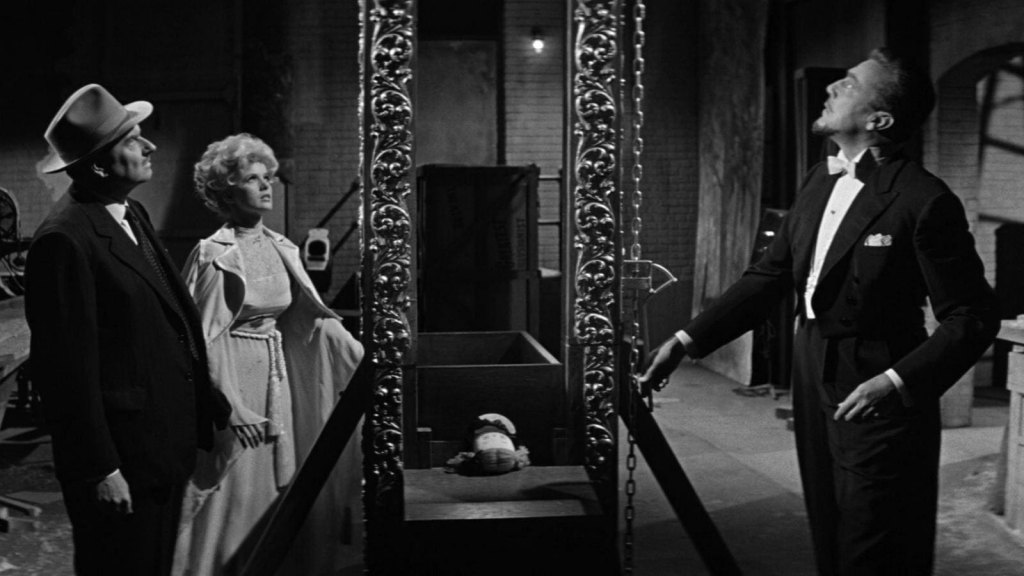 Connie Stevens (Cassie and Melinda) was known more for mainstream roles, but besides a couple of forays into genre film she had a part in the criminally underrated 1988 action/comedy Tapeheads starring John Cusack and Tim Robbins.

He may not be the first Joker for all, but he certainly was for me. Cesar Romero (Duquesne) played the hysterically homicidal heathen in Batman 66, and it is that performance that set the benchmark both aesthetically and for his boisterous acting.

He was not credited but his seven foot two frame is unmistakable at the funeral early in the film. Richard Kiel went on to famously play Jaws in the Bond film Moonraker and perhaps more famously chased Shooter McGavin in Happy Gilmore.

I can’t imagine The Alliance of Magicians were happy with them revealing how the guillotine trick was accomplished. Surely by breaking the code they were banned from membership.

The severed head and Connie Stevens showing some bare leg must have been quite risque for the time period as well. It was just before the summer of love after all. But most cringe of all was the insinuation of an incestuous relationship or the desire for one by the Duke as he believes his daughter to be his long dead wife. It’s hard not to stare at Connie Stevens. Not only is she flawlessly beautiful but her voice is gentle enough to lull me to sleep. BUT… I’ve got to give the nod to the beautiful camera work with panavision. Unbelievable shots, beautiful sets, and brilliantly crisp focus.

It reads more like a timid episode of Tales from the Crypt (which is just fine by me), but the audience of today requires a more advanced ruse to get their seats vibrating. You’d have to really spice the story up to make it worthwhile, though the sets and cinematography truly set a high bar to reach for even by contemporary standards.

The Warner Archive Collection put out the Blu-Ray which can be had at any large retailer. There aren’t any extras included to speak of, unfortunately. You can also rent to stream on Apple TV, Amazon, Vudu, Google Play, and YouTube.