Posted by:
Tags:  A Game of Mind Contance Payne MMA 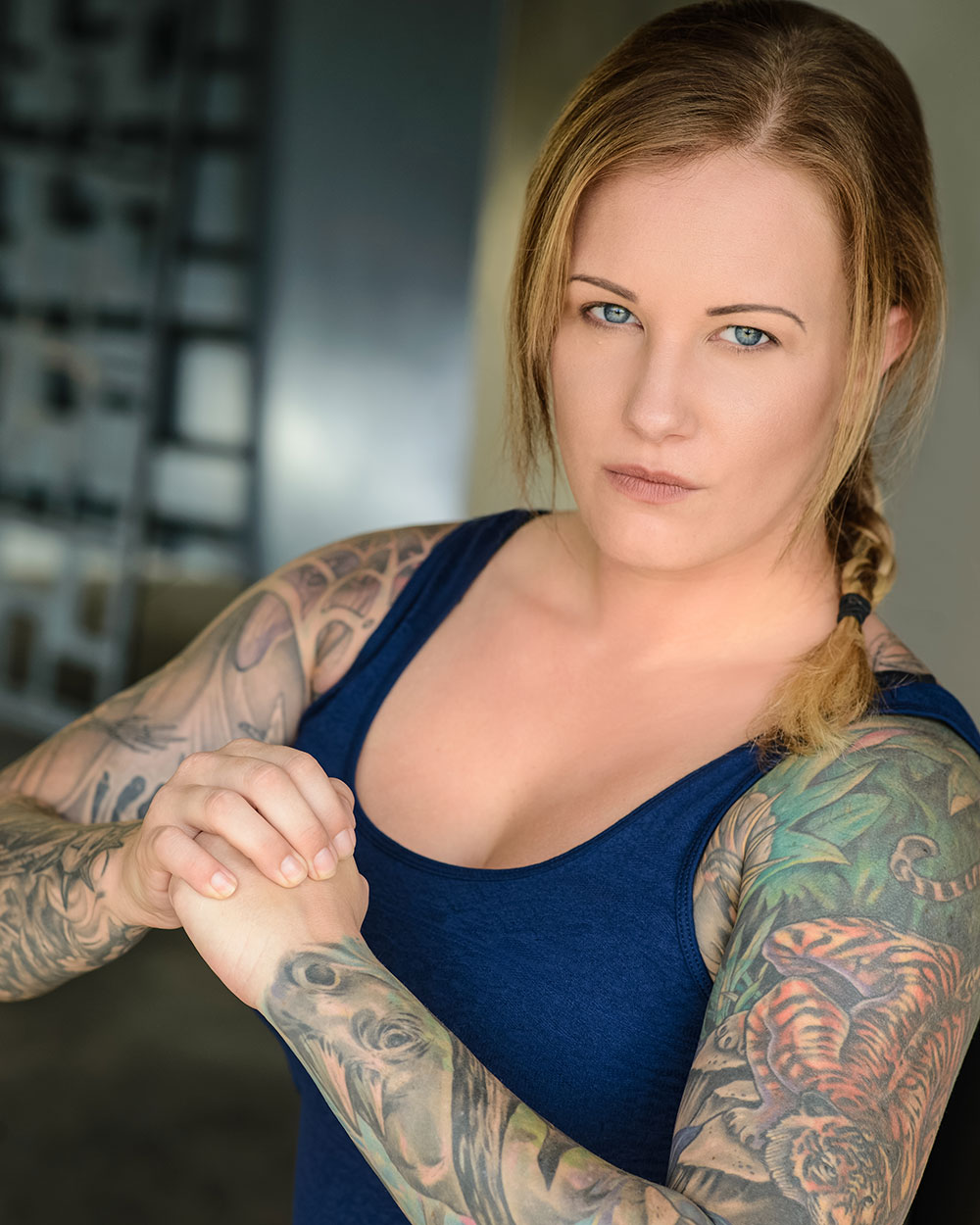 “I am lucky to have the most supportive husband & manbabe on the planet! From me appearing completely nude & covered in blood for hours on end, to being ‘raped’ or ‘beaten’ by monsters & strange men in horror films — he’s always proud of me, and what I am able to portray on camera. Every so often, one of the projects I’m on will throw him a gun & a line or two…which is awesome! When he’s not supporting me behind the scenes, he’s a Master Barber at The Shave Barbershop in Atlanta — just ask for ‘Matty the Barber’. We also have a Barbershop at the Buffalo Chip in Sturgis, South Dakota that we run every year at their bike rally. 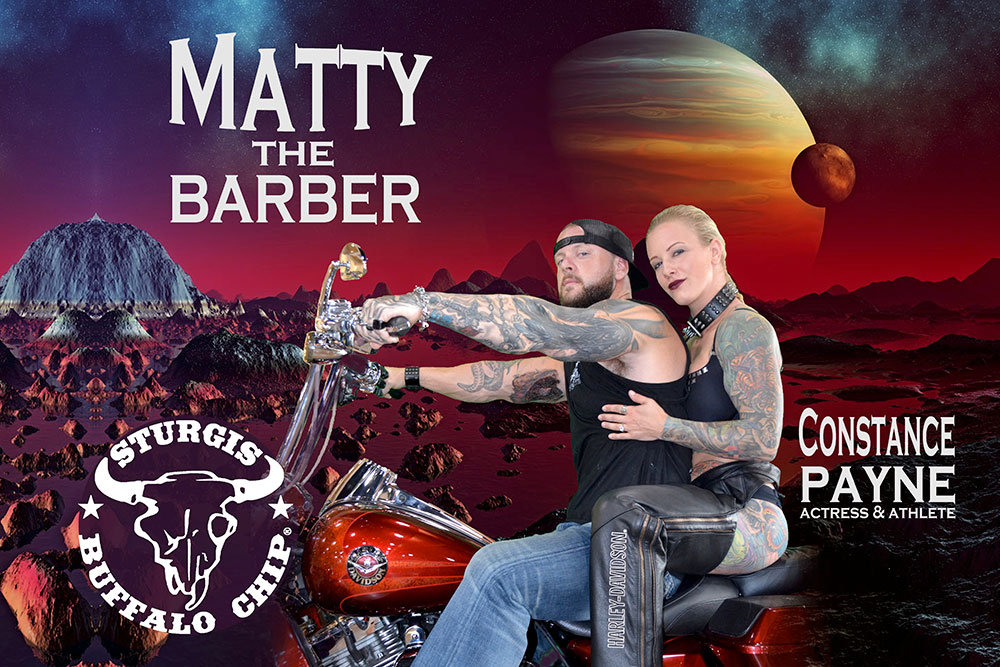 Between films, I train in MMA & stunt fighting. My Mixed Martial Arts background definitely helps with being able to realistically portray stunts. If someone misses a move during choreography, you can get clocked pretty good in the face or body. I’m pretty hardcore and eat head kicks like fucking cookies. You’ve got to be tough. When I’m not acting or choking people out on the Jiu Jitsu mat, I write books, work on client scripts, and snuggle my little dog Penny Poo Poo while my manbabe massages my precious hands. Check out the first installment of my novel A Game of Mind on Amazon.com.” 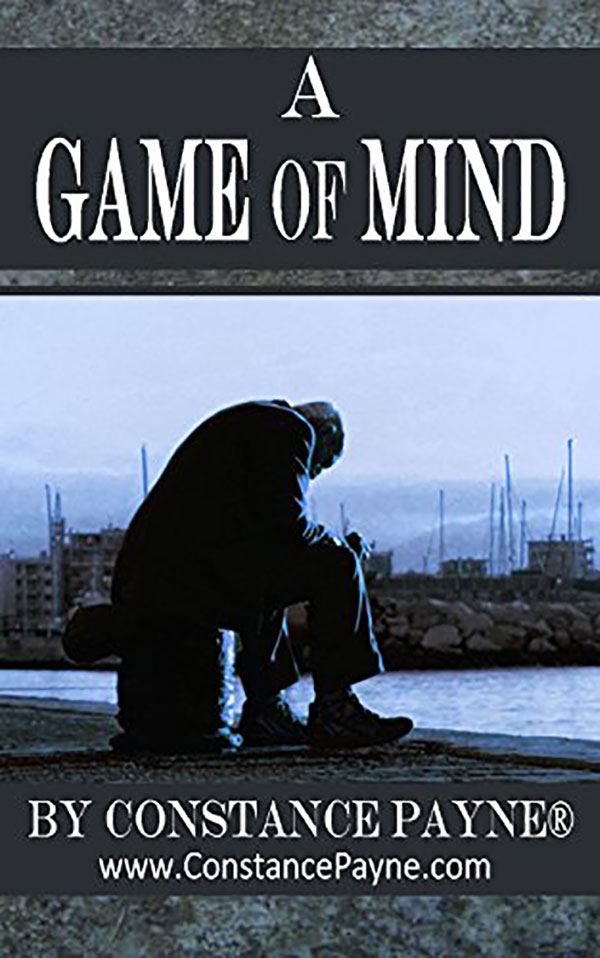 I’ve been working in entertainment for over 10 years now. I started off in radio and was part of a few popular networks throughout the Southeast. During that time, I learned how to use my voice, adjust my tone, but most importantly I learned the value of brevity in storytelling.

From there, I went on to work at a publishing house where I helped to develop books into easy reads — specializing in Content Clarification, Story Restructuring, and Dialogue. Having an understanding of “the words on paper” is where I credit my ability as an actor. I don’t just memorize my lines and repeat them, if that makes sense?

My first film was a horror short in 2016. The Director loved the Transactional Analysis I did for my character so much that he continued her story — later developing the project into a feature film which now has more than 674k views on YouTube. Since then I’ve been in 12 films.

You can check me out online as Rachel Cole from the Punisher Series by Googling “Icons of Horror 2”. Here is a link to the full feature! 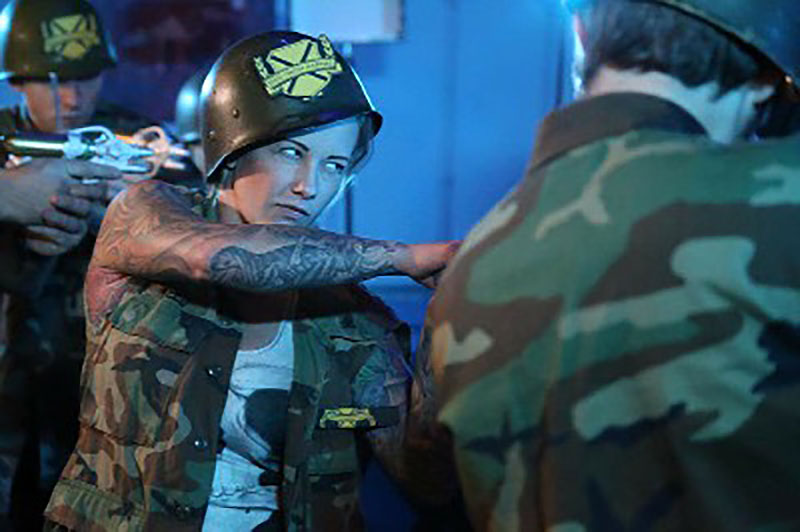 Shout out to my OGs Jamie Lee Curtis, Sigourney Weaver, & Linda Blair!! A few of my favorite horror titles throughout the recent years are The Ring, American Mary, The Descent, The Babadook, Before I Wake, and everything from Rob Zombie. Oh, and I could literally watch all of the Alien movies one after another for weeks on end. 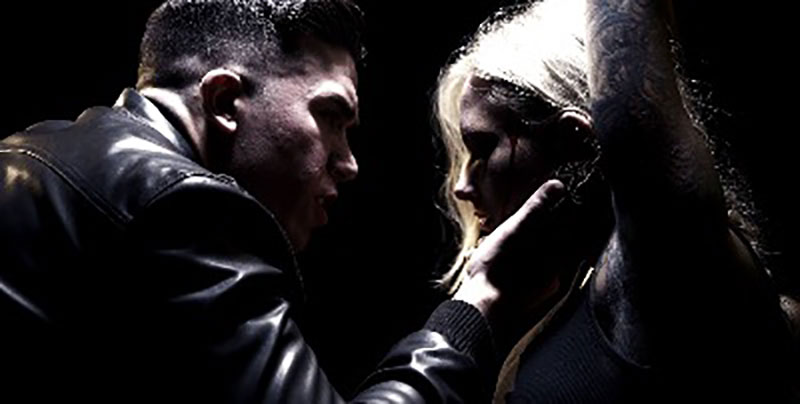 I can’t really pinpoint one specific movie in particular. I’m just a sick bitch…so anything bloody, morbid, and demonic has always intrigued me I guess. I grew up in a very abusive household. This is probably going to sound so bizarre, but the horror genre is somewhat therapeutic for me — just being honest.

I think it’s fun to be scary and emotionally charged on camera, because I’m not a victim anymore. I’m not actually about to die, no one is really going to drown or strangle me. We are all just actors and industry professionals working on a project, pursuing a common goal. I’m proud to be part of teams that work well together — no matter the content. I still have yet for someone to approach me with a concept that is so disturbing I say no. Whether you want to kill me off or allow me to live is no big deal to me. I just like epic stories.

For the record, I’m one of the nicest people you will ever meet in your life. 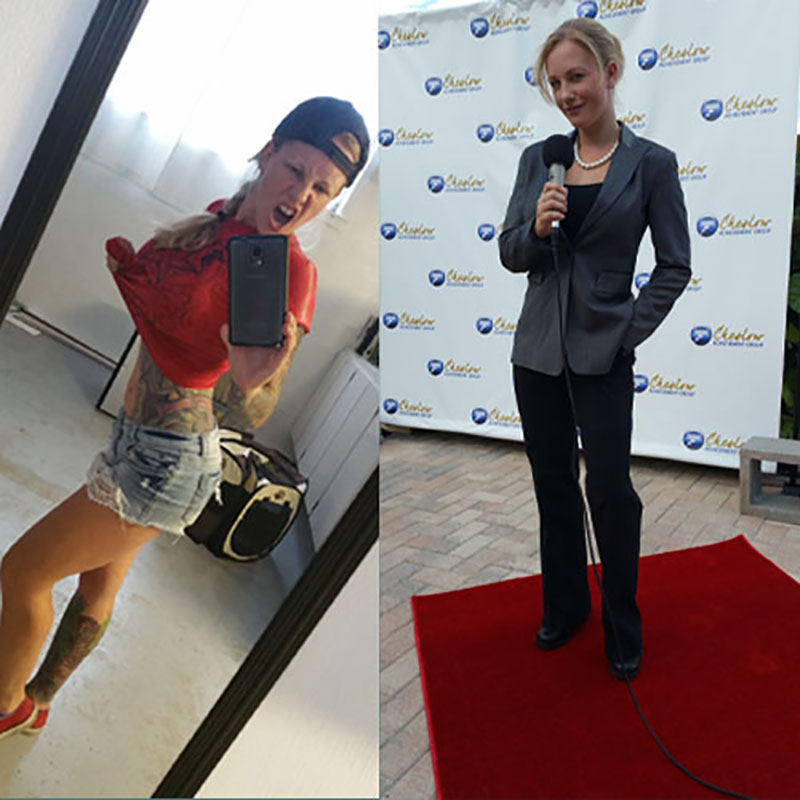 Thoughts on paper don’t always make sense to the reader as they do to the author of the works. Think about it, if you are the Writer/Director, you know everything from beginning to end of the story inside your head — but those thoughts aren’t always conveyed clearly on the paper you give to others. I’ve accepted scripts that I’ve had a lot of questions about before, because the author was happy to fill in the gaps for me so we could get to work. If we can’t have an adult conversation about your project, then that’s a big flaming red flag to me that we won’t be working together anytime soon.

I don’t claim to be a perfect person either, but I am open to have a discussion about how we as a team can produce an amazing product together. I like working with egoless people who understand the value of teamwork. Personally, I’m here to help tell the stories that people are afraid to talk about. I’m here to play the parts that other actors don’t have the ability or are too intimidated to play. 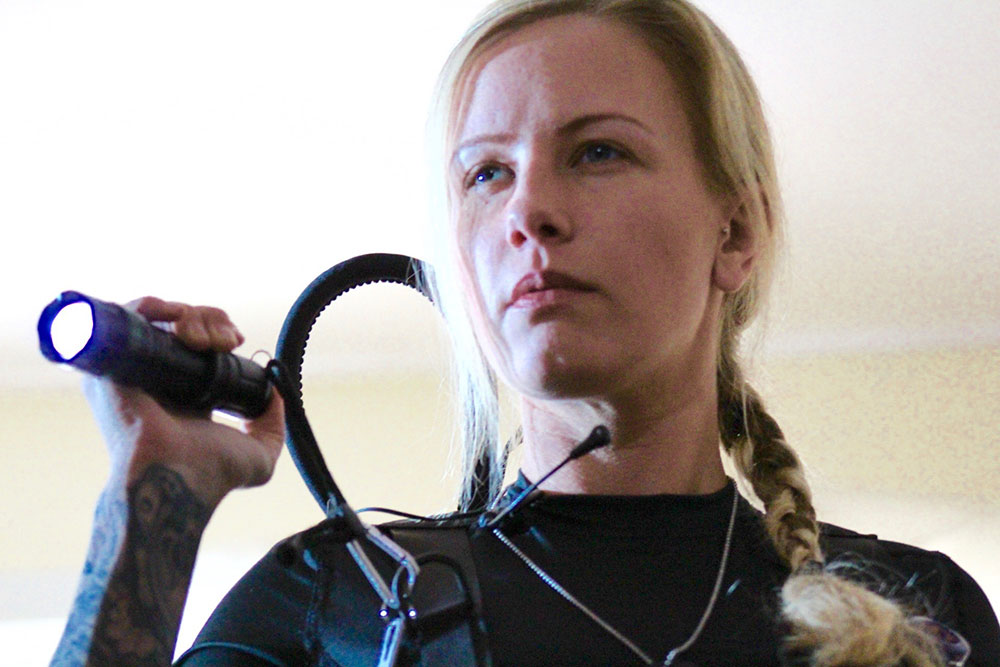 5. What are the next couple projects you are working on?

I just finished up a lead role for an episode of Killer Couples, it should be on the Oxygen channel in the next few months. I’ll be filming a new TV series in August as well – the title must remain nameless as of right now. I also just filmed a short scene in a VERY popular network streaming company. Unfortunately I can’t say too much, but if you follow me on social media you can stay current on these events, and everything else that pops up along the way.

Other than that, there are a few horror features for 2019 that are loosely planned with Directors I have worked with before. Quite a few shorts are in discussion with new Directors also, and I’m always open to new projects with interesting people. My number one goal for this next year? To meet another badass female actor/stuntwoman, and we beat the ever-living snot out of each other for your next film. Or maim and torture one another, whichever you prefer. 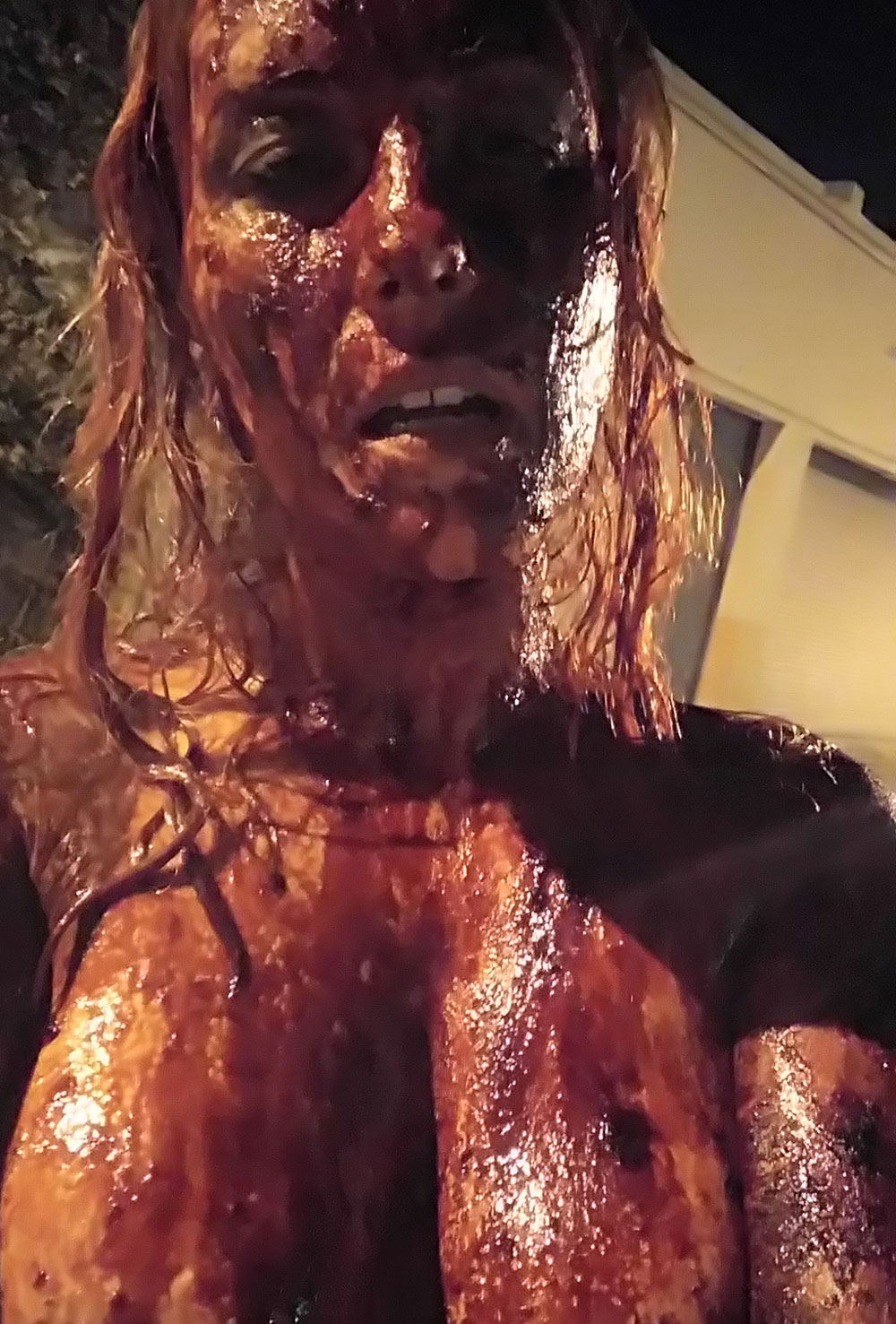 I like to end interviews with some positive motivations for others, whether you’re an actor or not, I believe this applies to everyone:

“Do you. No matter what. Find a dream, hobby, something constructive, and put in the work — don’t just talk about it. Nothing terrifies naysayers more than someone with the talent, heart, and motivation to see things through to the end. Those that try to bring you down are those that never found the courage or put in the effort to accomplish their goals. Remember, character cannot be bought. It is built.” 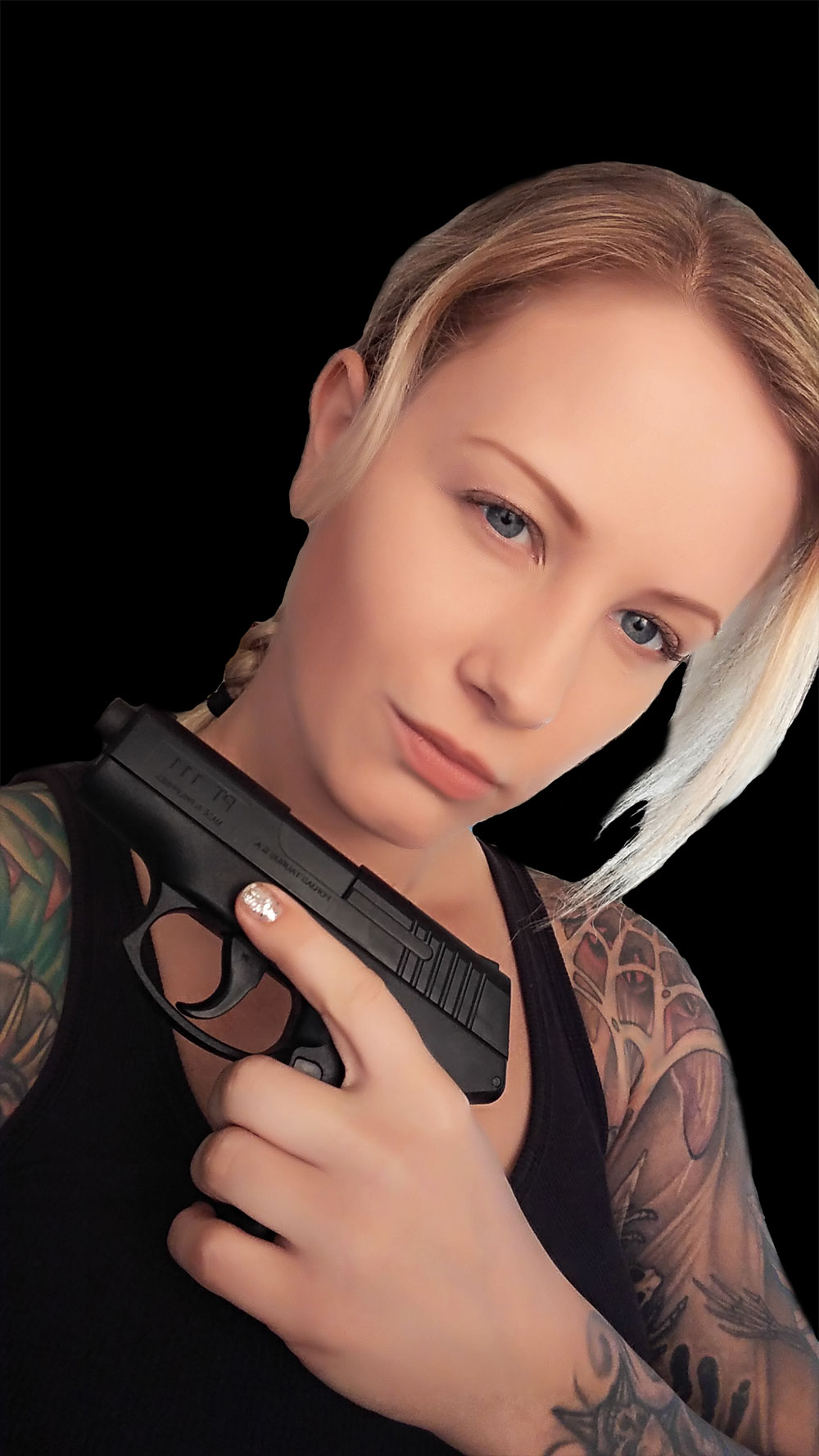