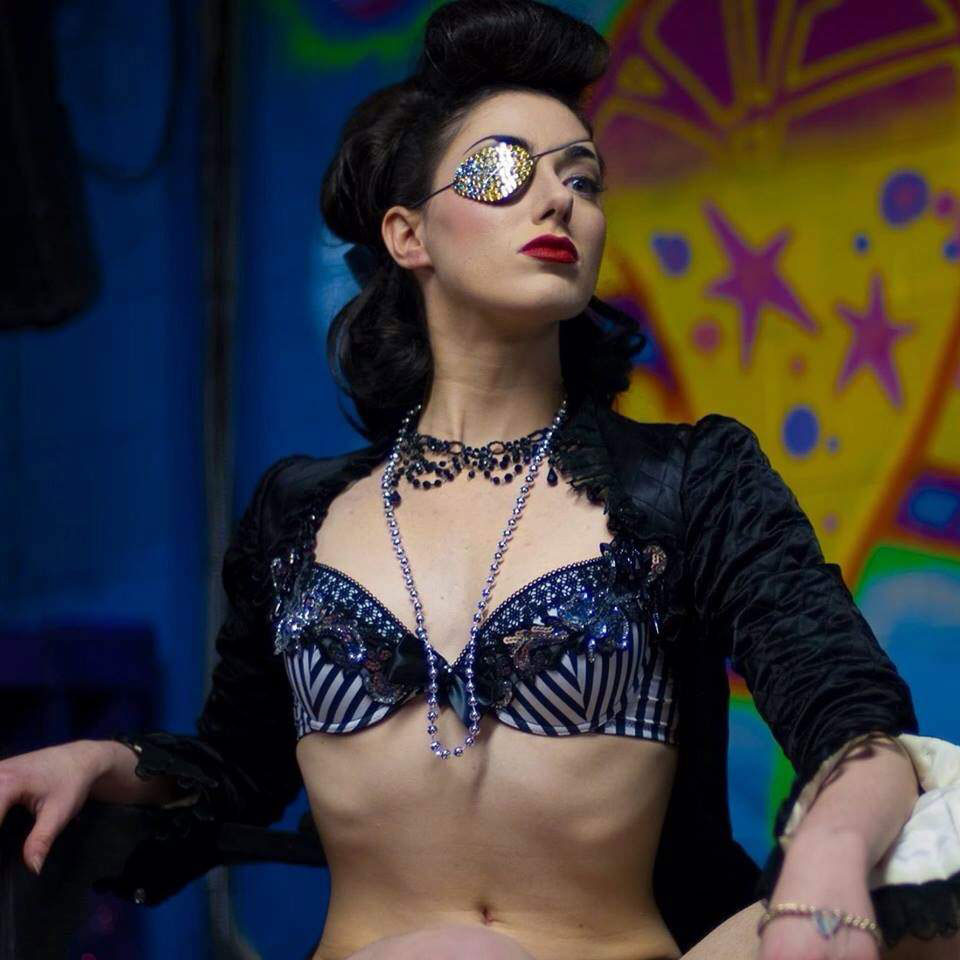 Tristan Risk, also known as Little Miss Risk, is a Canadian film actress, known for her roles in horror films such as American Mary, Mania, and Innsmouth. In 2014 Risk penned the script for the short film Happily Ever Evil, in which she also starred, and in February 2016 she made her directorial debut with a short film she created as part of Women in Horror Month. Prior to becoming a screen actress Risk predominantly performed as a burlesque dancer, pin-up model, and a stage actress. She did not become interested in performing in film until she saw the 2009 movie Dead Hooker in a Trunk, after which point she contacted Sylvia Soska, which resulted in Soska casting her as Beatress Johnson in American Mary. 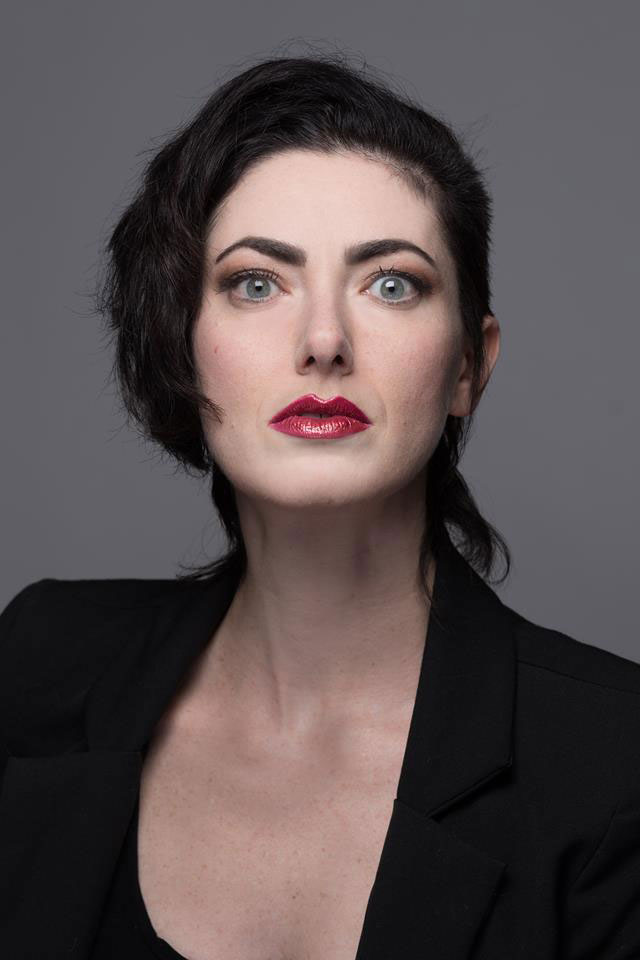 In terms of horror and film, I was involved in horror first prior to being involved in film. I had often done gorelesque (gore or horror-heavy burlesque) and did the first zombie striptease in Vancouver in 2002. I had done lots of retro-styled zombie pin up shoots, so I had a fairly solid start with horror. I later got involved in film in 2012 with the Soska Sisters and American Mary, and that was the start of my trip into the rabbit hole of the industries together. 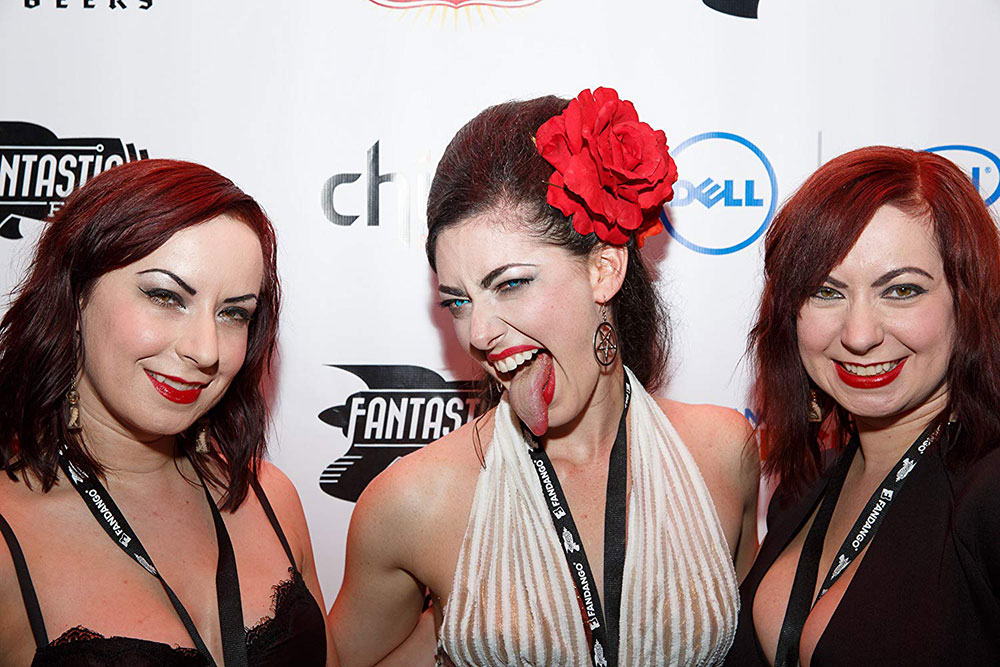 Brinke Stevens. She is both a Scream Queen and a marine biologist. Be a woman who can do both, and more. 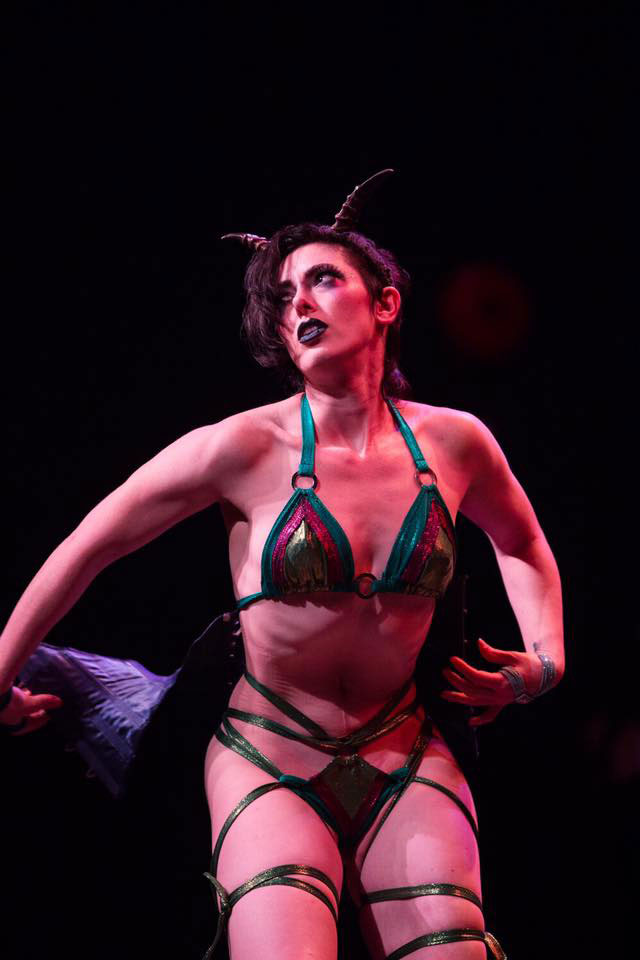 Jaws. I love sharks, and knowing that it retains it’s scare factor, and has held up over time, and is a well-crafted film makes it a stand out for me. 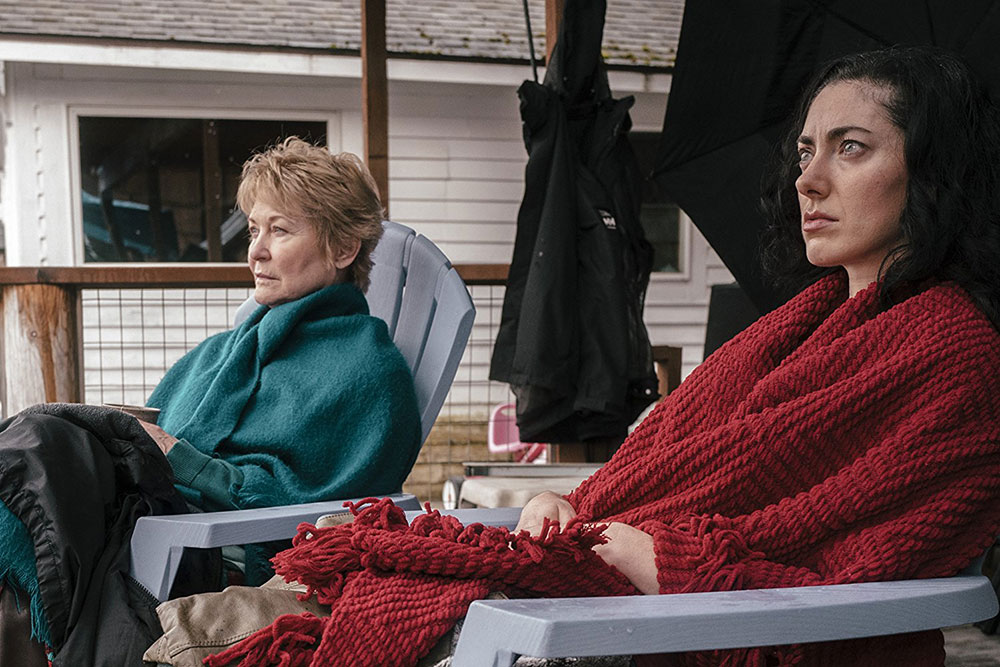 I like interesting ideas and concepts. I like people with passion and creative vision to work with. I like things that provoke thought, existential dread, and to haunt after the film has ended. If I see bad dialog, or have a hard time seeing the vision, then it’s harder to work up enthusiasm. I like it when there is a chance to showcase one of my skills like performing with fire, or utilizing my snakes as well. 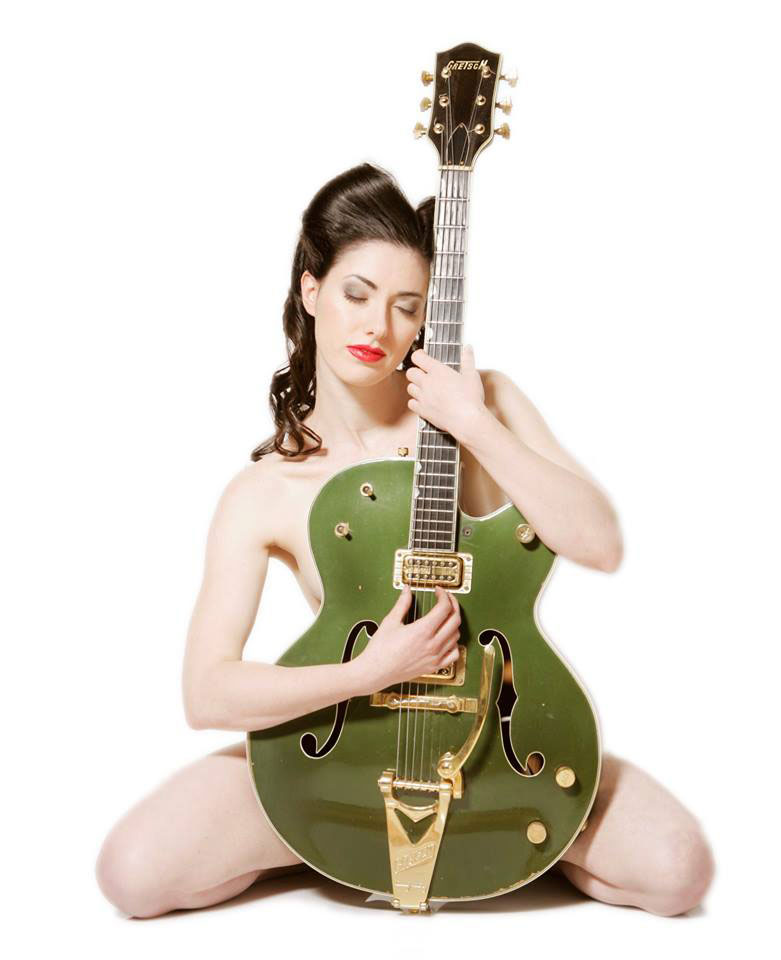 I’m a shapeshifter. I shed skins when they no longer serve me. We are seeing a shift and a flux in the business, arts, and society. We must be prepared to move with it, or risk getting left behind. I’ve seen more women telling their stories, but I’ve seen a lot of puzzling male push back when women/minorities/queer people assert themselves in their spaces. I see more representing on the horizon, but it won’t come without work. There are still a lot of toxic attitudes that need to be changed still, and I’m happy to help with that change as a Hopeful Monster of this cultural 180. 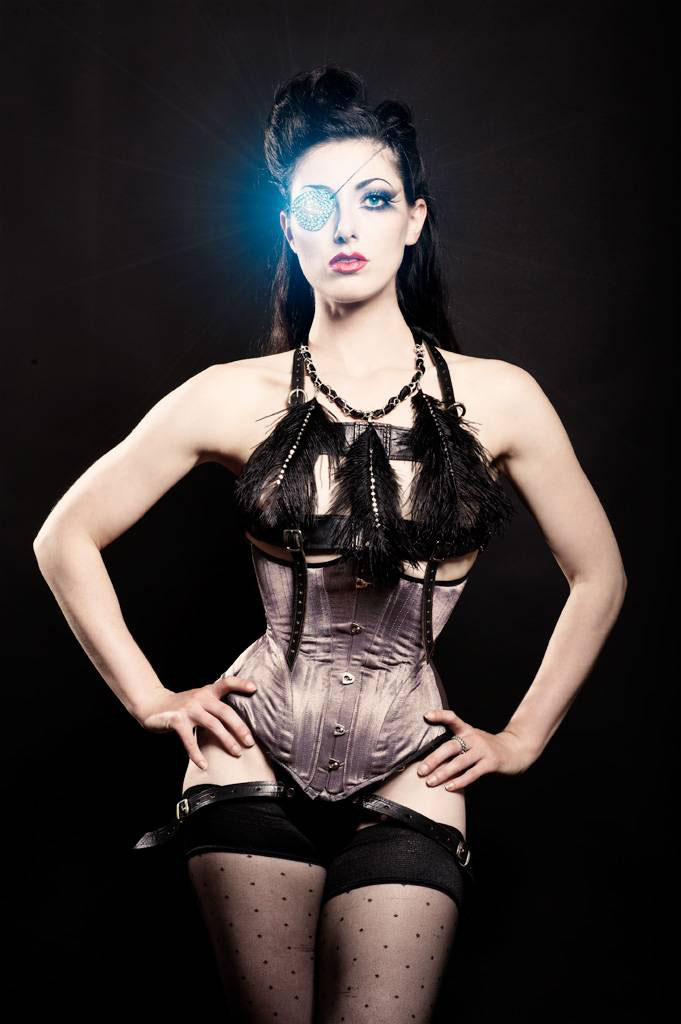 My latest feature film, Aliens Ate My Homework, was just released from Universal Pictures and is available on Netflix and DVD and Blu-ray. I recently wrapped photography on my first short film, Parlour Tricks, in association with the people at Bad Cookie Pictures, and I’ve a few projects coming up that while I am confirmed for, I’m not yet allowed to announce it (but trust me – the secret is killing me.). I am launching my Patreon soon where people can find blogs, blogs, photo sets, videos and more, featuring myself and my snakes! 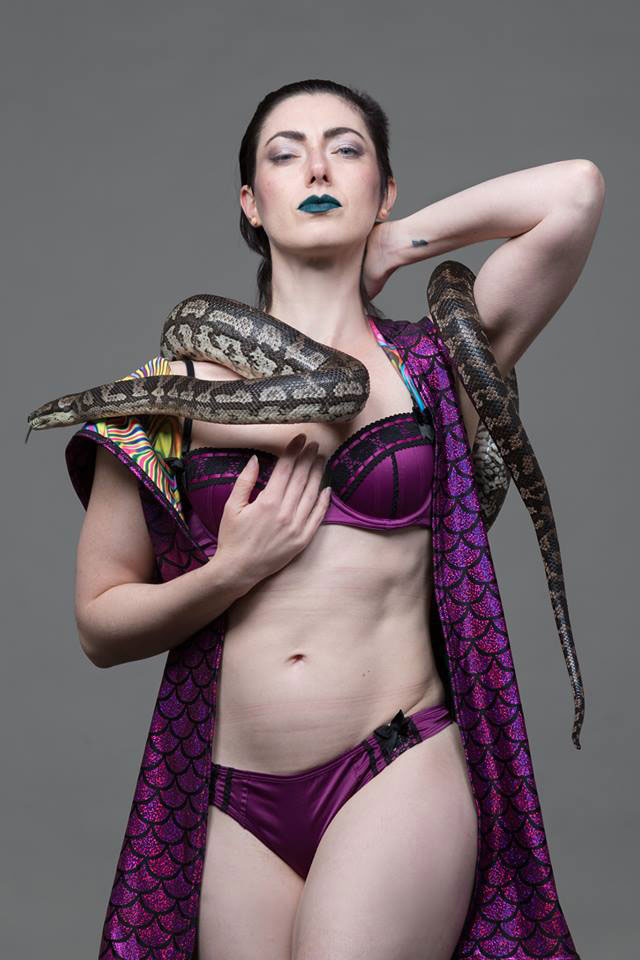