Vida Ghaffari Continues to Scare in the Upcoming “Holy Terror” and More! 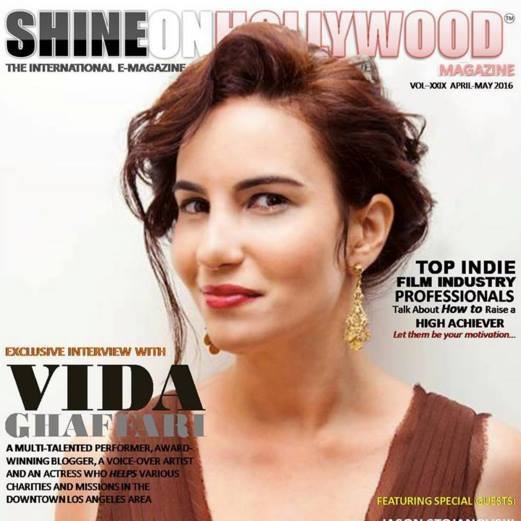 “Vida Ghaffari has been active on the Tinsel town scene as a journalist, blogger, actress, and voiceover artist. This multi-talented artist freelances as an online and broadcast entertainment correspondent. She has been coveted by various media outlets as an on-air host and as an associate producer for ATV, GEM TV, and PNG TV. Her congenial interpersonal skills has led her to cover annual local events from Skid Row to Beverly Hills for the Hollywood Times as well as her new fashion, beauty and lifestyle blog, www.soveryvida.com. A Washington, DC native, Vida has received research and writing grants from the Woodrow Wilson Center and the National Journalism Center among others. She was honored to recently be awarded a Media Appreciation Award by fashion designer Eugene Sidney.

She recently shot a supporting role in Savage Cinema’s campy horror flick, ”Pond Scum,” directed by legendary indie Aussie filmmaker Mark Savage. Savage was so struck by her acting talent, that he will also cast her in a major supporting role in his upcoming thriller called “Circus of Dread,” starring acting powerhouse Bill Oberst Jr. A comedic actress who also likes to embrace quirky roles, Vida has also played an Iraqi wife in an episode of Comedy Central’s “Mind of Mencia” and has also shined in a fun character role in the indie horror film “Natural Born Filmmaker” alongside Arcangeli again. This comedic powerhouse also landed a co-starring role in much buzzed about FOX sitcom, “The Mindy Project.” 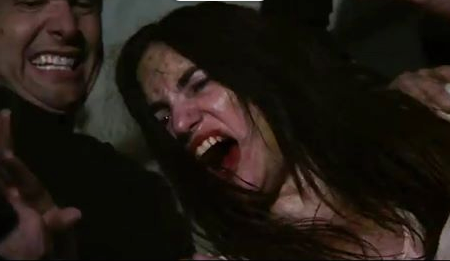 Vida Ghaffari continues to shine both in and out of our beloved genre with no less than six current projects on her slate, juggling her journalism and causes at the same time. I remember the day that Joe Williamson (Publicist, Producer and Manager at The Williamson Management Company) asked me if I would be interested in having Vida on my podcast. I jumped at the chance not only because she was starting to make a name for herself in the genre, but she also offered a diversity in her views because she also is an all around and extremely talented journalist. She is able to view the entire process of film making from both sides and it is starting to become apparent to directors and producers as well.

Here is a look at what Vida Ghaffari has coming for us: 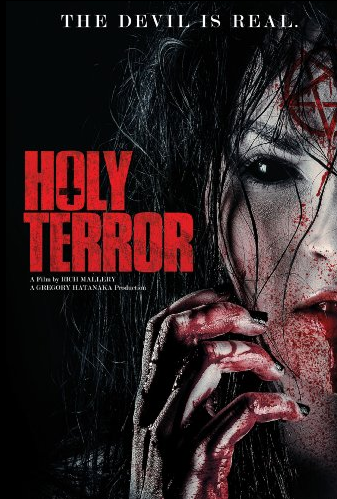 Believing the strange disturbances in their home are their deceased son reaching out from the other side, Molly [Reiter] and Tom [Hlubik] ask a medium [London] to make contact. But instead of their child, the three accidentally invite a vengeful demon to cross over. After the demon violently possesses Molly’s younger sister [Olson], the couple enlists the help of a disgraced priest [Butler] and his mentor Sister Catherine [DeBell] to attempt a dangerous exorcism.

“There has been a resurgence of exorcism/possession-type movies, so it’s a little challenging to give audiences something they haven’t seen before. But we have a few tricks up our sleeve that are going to make HOLY TERROR stand apart from the crowd. Plus, we’re going for a real late-’70s/early-’80s feel. Films like THE CHANGELING, THE AMITYVILLE HORROR and of course the original EXORCIST are huge influences on this project,” said writer/director Rich Mallery.

“I’m really excited to be partnering with Gregory Hatanaka again; this is the fourth film we’ve worked on together,” Mallery continues. “It’s a little strange this time around, since usually he’s directing and I’m the writer/AD, and this time I’m directing and he’s the DP, but we’re totally in sync when it comes to the vision, so we’re like a well-oiled machine. We’ve brought back a lot of the cast of SAMURAI COP 2—Jesse Hlubik, Lisa London, Mel Novak, Kristine DeBell and Nicole Olson—and although this is a completely different type of film, it’s great to have a lot of familiar faces who are used to the way Gregory and I work. We’re both slightly insane, so it’s amazing to be surrounded by people who support our vision.”

“As Rich and I are both rabid fans of 70s AIP and New World horror pics,” Hatanaka adds, “it was only a matter of time before we teamed up to do a film in that tradition. HOLY TERROR works on deep psychological levels, and has an otherworldly, TWILIGHT ZONE-ish kind of feel.”*2 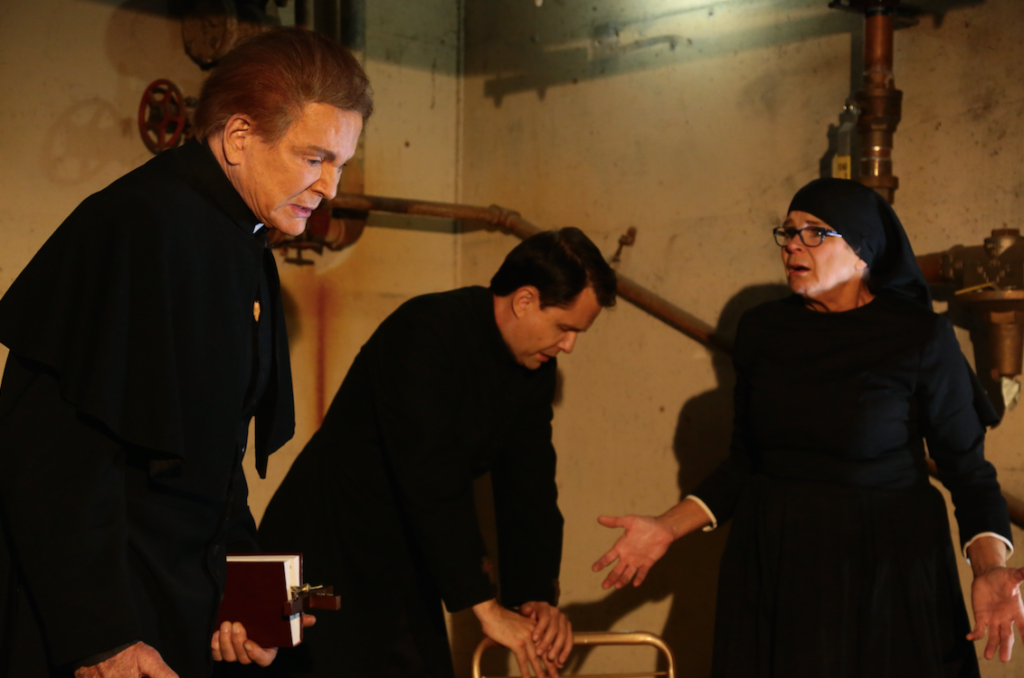 In addition to Holy Terror, Vida Ghaffari also has several other genre projects on the way, including Fito Rivera’s Scorpion Girl (TV Series), Mark Savage’s Pond Scum, Romane Simon’s Hybristophilia and Mark Savage’s Circus of Dread. I would continue to keep an eye on Vida as I feel like she is working with an amazing bunch of actors and actresses that include Adam Mayfield, Lorenzo Lamas, Dawna Lee Heising, Lisa London, Kristine DeBell, Bill Oberst Jr. and the legendary Mel Novak!