DEATH HOUSE, currently being touted by the press as “The Expendables of Horror,” is easily one of the most anticipated films in horror history due to the unprecedented lineup of the genre’s most iconic and legendary actors. Even though the complete cast has not yet been announced, those names already released are enough to make any true horror fan salivate.

Although little has been officially released on the film to date, the below has been extracted from the synopsis provided by the filmmakers:

The Death House is the Area 51 of Evil…a subterranean government facility that holds humanity’s worst on nine levels. Hell…Dante’s ninth level, holds the Five Evils...the “dark stars” of Death House. These individuals are so heinous they can never walk among society again. Two FBI agents arrive to tour the levels and observe its denizens firsthand. Hell literally breaks loose inside the facility when the prisoners escape, turning the Death House into a house of horrors gauntlet. The only hope of escape is descending into Hell and soliciting the help of The Five Evils.

As soon as I heard this film was happening, I had to know more. I had the distinct honor to spend some time talking with the writer and director of the film, Harrison Smith, as well Producer Rick Finkelstein (CEO of Entertainment Factory) who, along with partner Steven Chase, has been one of the key players involved in bringing this film to life from the very beginning.

Both these gentlemen were incredibly kind and gracious, providing amazing insight into a film that is so much bigger, better, and even more exciting than the initial buzz has led us to believe. The cast is impressive, no doubt, but there’s so much more to this movie than meets the eye. I cannot remember a time when I felt more excitement for a film or felt more confident about having my expectations exceeded at the theater.

After getting the inside scoop from the men behind this buzzworthy film, we’re proud to present the five biggest bombshells about DEATH HOUSE:

1. THIS MOVIE IS BIGGER, BETTER AND CLOSER THAN YOU MIGHT THINK

The film is coming sooner than you originally expected. Production is set to begin on April 4th, 2016, and should be wrapped and ready to go by October 2016. If all goes well, the movie will receive a worldwide theatrical release in time for Halloween (early October). And hardcore horror fans should take heart… Finkelstein and Chase assure us we can look forward to a hard-R rating.

2. THIS IS THE BEST AND LARGEST ASSEMBLAGE OF HORROR ROYALTY EVER TO APPEAR IN ONE FILM 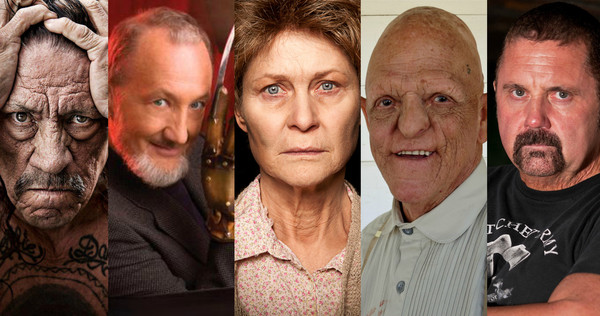 The tagline “The Expendables of Horror” was given to the film by the media once news of the cast leaked. However, Smith describes it more as the “It’s a Mad, Mad, Mad, Mad World of Horror.” This is a film designed to showcase the best talent in the genre and give these veteran actors a chance to do what they do best. Don’t expect to see a Freddy vs Jason vs Pinhead type of film. None of the stars will be reprising previous roles, but they will all have substantial and meaningful roles. Additionally, the full cast has not yet been announced. However, expect to see even more big names added in the coming weeks.

3. THIS ISN’T A GIMMICK…BEHIND THOSE BIG NAMES IS AN INCREDIBLE STORY AND A TRULY COMPELLING FILM

As impressive as the cast is, the filmmakers (Smith, Finkelstein, and Chase) stress that this film is backed by an incredibly strong script and great storytelling —combining elements from multiple subgenres, including the supernatural, slasher films and psychological thrillers. Horror fans should expect plenty of scares and great effects, but this is also a film that will make you think and will linger in your head long after the final credits roll.

4. THIS COULD BE THE BEGINNING OF ONE OF THE BIGGEST HORROR FRANCHISES EVER

The film is set to be the first part of a multi-film franchise. The filmmakers are planning for five more sequels after this film, each focusing on one of the “Evils” in the movie. Work has already begun on future films. Additionally, there are plans for video game adaptations of the series.

5. HORROR LEGEND GUNNAR HANSEN HOPED THIS FILM WOULD BE HIS LEGACY 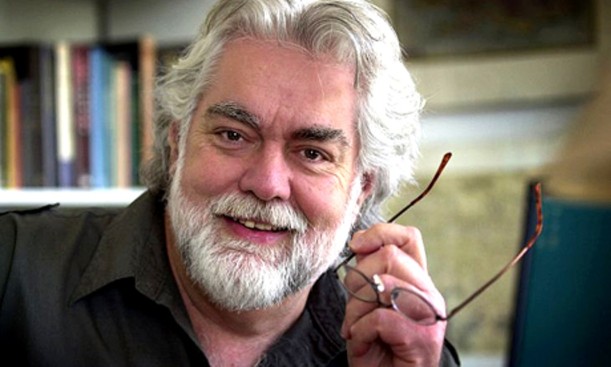 Gunnar Hansen wrote the original script and was passionately involved until his untimely death in November 2015. Gunnar told those working on the film that this was his baby…it was the film he had always wanted to make, the culmination of his life’s work. For him, this was the movie that would serve as his legacy.

If you weren’t already chomping at the bit to see this film, you definitely should be now. As horror fans, I know so many films fail to live up to overhyped expectations. But this is one case where I can say, without hesitation; you should fully believe the hype. This promises to be the kind of movie genre fans dream about — a clever, intelligent horror film that delivers both story and scares, featuring many of the most beloved and talented actors in the industry.