Farewell to a Legend: Conrad Brooks

A Tribute to the King of B-Movies, “Plan 9 From Outer Space” star and my friend, Conrad Brooks

“It’s hard to find something when you don’t know what you’re looking for!” 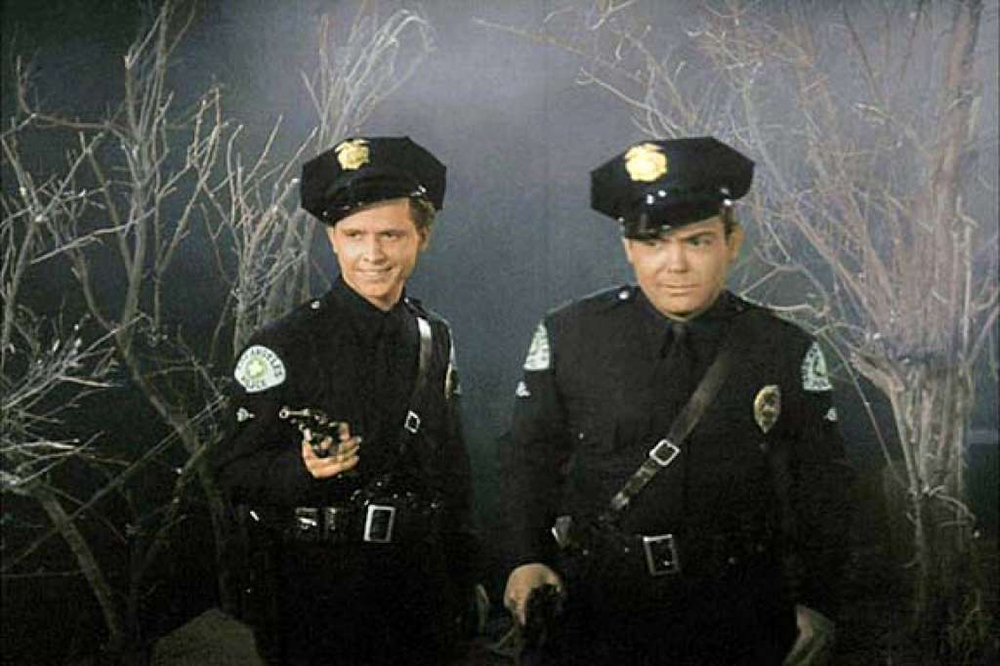 Earlier today I learned of the passing of my friend Conrad. When the text came through, I happened to be sitting in my car in a crowded parking lot about to do some Christmas shopping. I turned the car back on and decided just to drive instead. Memories of Conrad spun around my head as I cruised down the highway, causing both sadness as well as fleeting moments of happiness, since all my time with him was filled with joy, laughter and an infectious love for life.

I felt bad for never returning one of his calls months earlier or visiting his beautiful home once more but could hear him in my mind saying, in his great Baltimorean accent, “Don’t sweat it kid! I’ll always be here with ya!” Somehow, I believe that.

We first met at an event my friend/co-producer Marc was hosting in Cumberland, Maryland in Conrad’s honor. It was a very casual spoken word/question and answer type of thing in which Conrad fielded questions about his time working beside Ed Wood, Bela Lugosi, Johnny Depp and of course Vampira. Conrad was the last living performer from the Ed Wood troupe, acting in such notable B-movie classics as Plan 9 From Outer Space and Glen or Glenda. 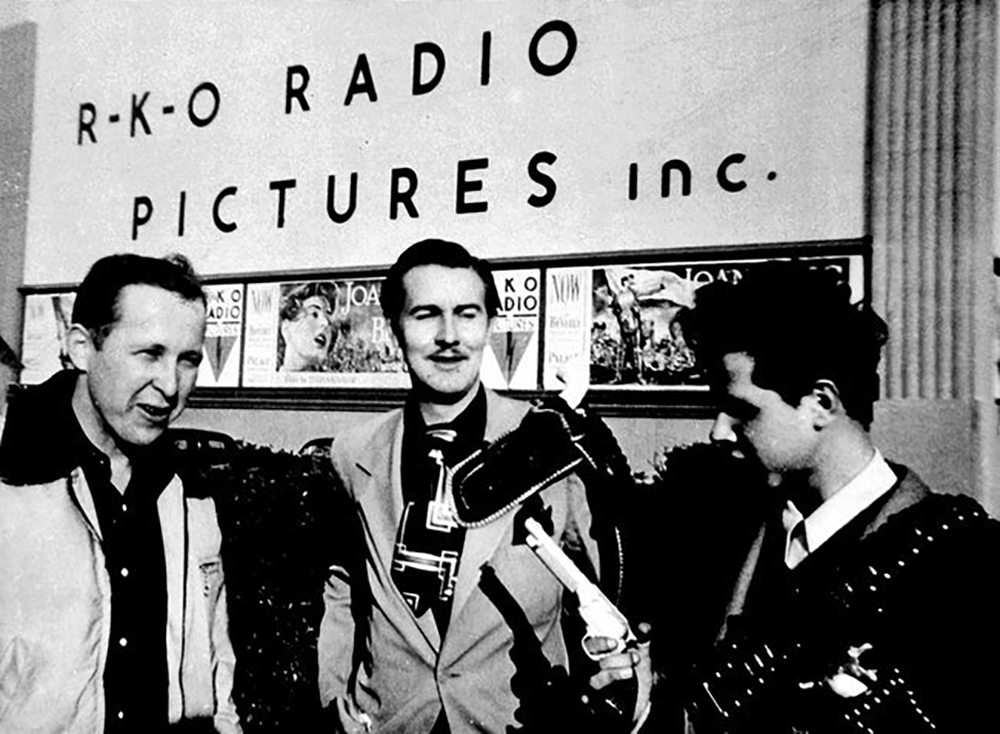 I recall arriving late to the event, a little drunk, and realizing it wasn’t very well attended. Yet, Conrad kept the event going full steam ahead with his fascinating tales of 50s Hollywood, his childhood and his Family — all with a slick sense of humor and wit. I knew very little about the man at that moment other than a slight remembrance of his character from Plan 9, but was instantly drawn to his big personality and warmth.

After the event, while people mingled amongst, I gathered the courage to walk over to Conrad who was sitting alone and introduce myself. He invited me to sit down with him. I was a bit intimidated at first. After all, I was sitting beside a man who used to be a close personal friend of Dracula himself. But Conrad took me in, asked me about myself and continued to share his stories with me. When I told him that I was a filmmaker who was actually in production on a film just a few towns over, he responded in a joking tone, “Well kid, let’s do lunch and make a picture together!” I was in awe by his gentle nature and lack of ego.

On the ride back to my hotel, I just couldn’t seem to get Conrad’s incredible personality out of my mind. Whether or not Conrad is considered a legend in Hollywood I cannot say, yet I knew I had met a Legend none the less. 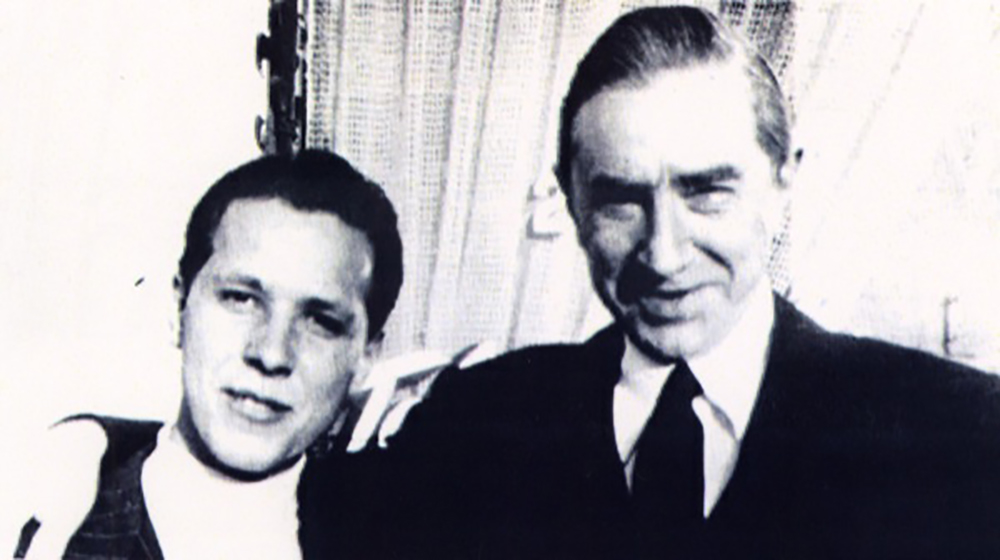 Back in my hotel room, I penned a three page scene for the film we were shooting specifically for Conrad, just in the slight chance in hell he wasn’t kidding about working together. Though I was extremely skeptical to say the least. The next morning, Conrad called up my co-producer and friend Marc to thank him for hosting the event. Marc, knowing the addition to the screenplay I had just written, pitched the idea carefully to Conrad over the phone, while I paced back and fourth anxiously awaiting the result. Much to our surprise and delight, Conrad not only accepted the role with very little knowledge of what it would be, but was also thrilled to be apart of the film! He invited us over to his beautiful West Virginia home in order to film it a few days later, which is where all the magic truly began for me.

Conrad’s home was a place where any B-movie fanatic would salivate just walking through. I know personally, cause I did.

It was like a tiny version of Forrest Ackerman’s mansion. Old photos of him with Ed Wood, vintage movie posters of his earlier films, awards from festivals throughout the years and all sorts of different relics of his legendary past. It took me nearly an hour to simply set my camera on the tripod because I was so preoccupied by my surroundings.

Not to mention that with each piece, came a personal story from Conrad. Tales of hanging with the Bowery Boys, dinners at Tor Johnson’s home and going to the dog tracks with Sam Raimi (who evidently according to Conrad was going to play him in the Tim Burton biopic of Ed Wood but it never worked out). After a while, Marc finally had to sit me down and get me back on track. We had a scene to be filmed after all! 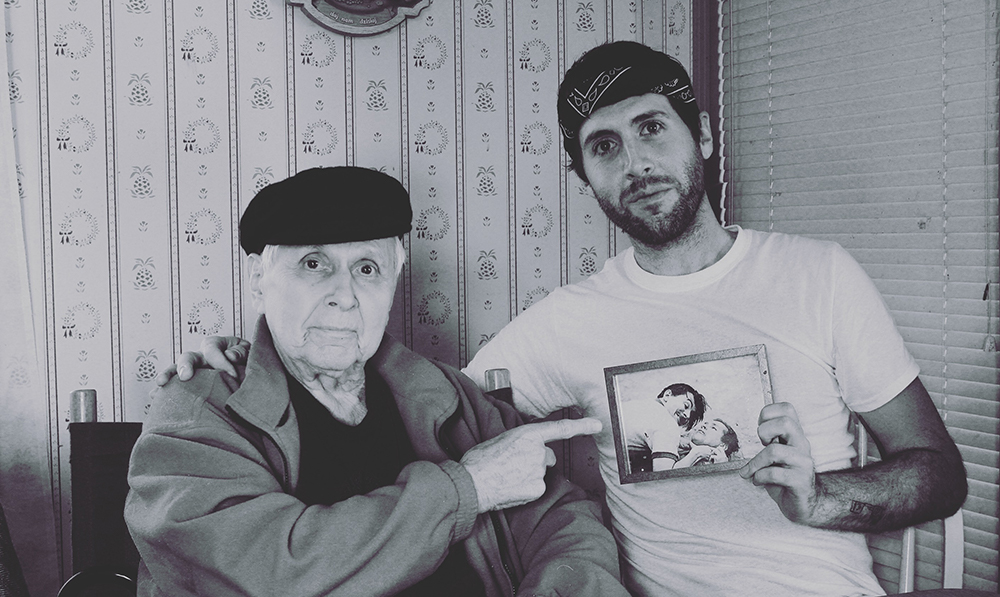 Though it was only my second meeting with Conrad, he treated me with such kindness as if I was his Grandson. I recall him watching my every move as I set up the camera, as if he was being reminded of the good old days being on the set of an Ed Wood movie. Perhaps. When Conrad told stories about Bela and “Eddy” as he affectionally referred to Mr. Wood as, he spoke with such casualness as it he saw them yesterday and they were just friends down at the local bar.

With the scene set up and action was yelled, Conrad gave this enormous character performance that was both over the top and even a bit hilarious. Our film was one of a serious tone, unlike many of the previous hundred or so films Conrad had worked on before, so it was evident that he was giving us the Conrad we all grew up knowing and loving on the screen. I soon realized that if I kept the camera rolling after the first take unbeknownst to him, Conrad would deliver the lines in a more serious, lower tone as if rehearsing.

Turns out, Conrad’s performance is easily one of the best and most chilling in the film. In between a take, Conrad began telling us about his beautiful family and even encouraged us to include his wife Ruthie, his daughter Connie and even his cat in cameo roles, which we happily did. It quickly became very clear that Conrad’s heart was made of pure gold and his family meant the world to him. 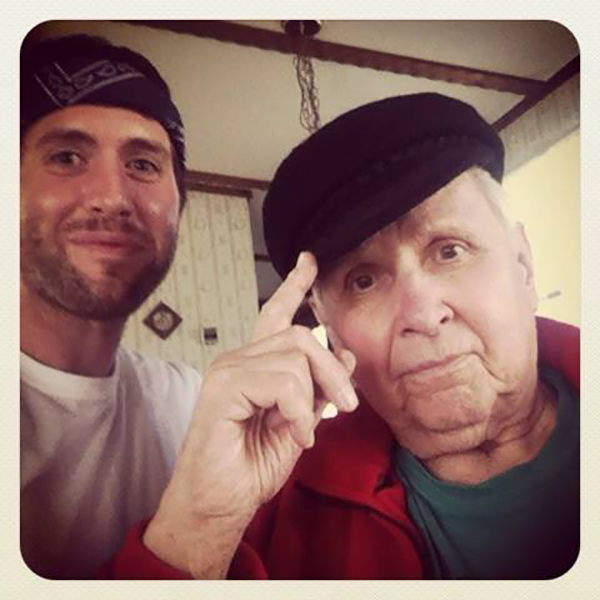 Once I called wrap, I remember Conrad looking up at me from across the room and saying, “Well kid, you knocked it outta the park. Home run kid!” followed by a big, jovial laugh.

While breaking down equipment, Conrad picked up his phone and, much to our surprise, ordered us pizza and garlic bread. I was completely blown away as we were the filmmakers and he was the actor, therefore food and such was to be provided by us! Yet, that was just Conrad. He even cracked jokes with the pizza delivery guy on the other end of the phone. Conrad wanted to make us feel as comfortable as possible and take the best care of us — and that he did. “You guys don’t have to go yet do you? Come on, stay a while. Have some food with me. We got all the time in the world!”

Over lunch, he continued to share stories about how happy he gets when he gets to travel to conventions and meet his fans. As the hours passed, all of us in awe of everything Conrad said, we realized it was already dark outside. We had been so captivated, time actually had disappeared. Deciding it was time we best be on our way, we loaded up the production van, said our goodbyes and just before leaving, Conrad handed each of us an autographed poster for a film he had made years earlier. 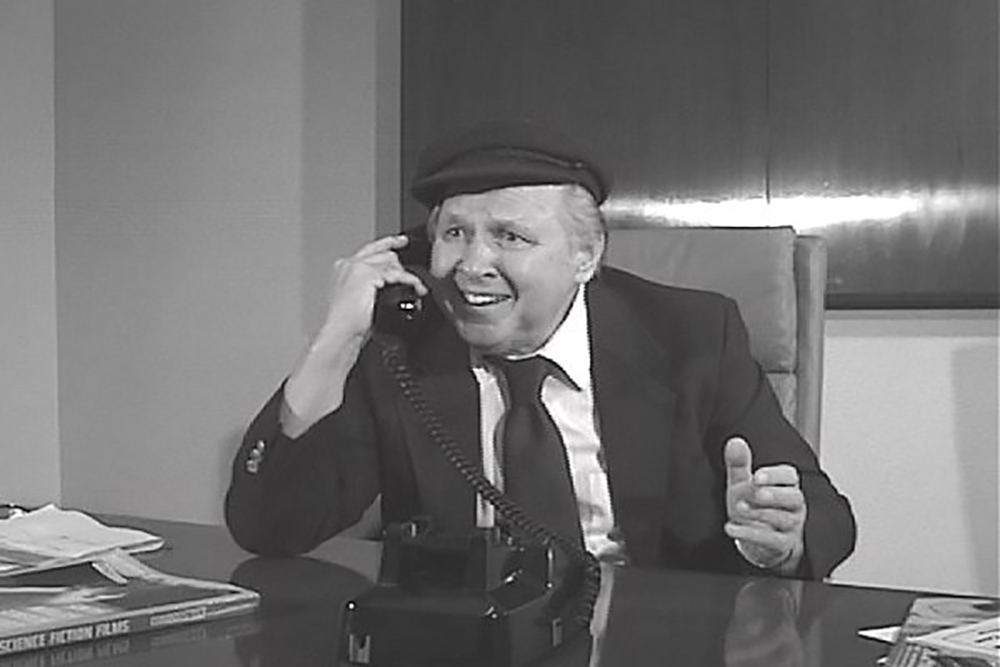 Again, that was just Conrad. As kind as a human could be. No ego, no attitude, just pure love and warmth. I recall giving him a long hug before leaving. I just couldn’t help myself.

We wrapped the film weeks later, and I headed back to New York City to complete post production. During these stressful times, I was always happy to be distracted by a phone call from Conrad who would frequently, not only check up on the status of the movie but on me personally.

“Courtney? That you? Say, how ya doing kid? How’s the picture coming along? Hey, I got some great ideas for another scene we could do when you get back here.”

I didn’t have any plans on heading back to Appalachia at the time but always humored him by saying that I’d return in a few months. Just writing this memory breaks my heart, as I truly wish I had just gotten into a rental car and drove out. For Conrad, who was 85 at the time we met, age meant nothing and he always seemed to have new ideas that he planned on executing somehow.

Had I gone back to visit, I can guarantee that I would’ve made a lot more films with Conrad. Not only because he was so inspiring to me, but simply because I loved being around him.

Listening to the last voicemail he left me, I broke into tears as he ended it by saying, “Looking forward to hearing back from ya Courtney. Keep up the good work kid!” 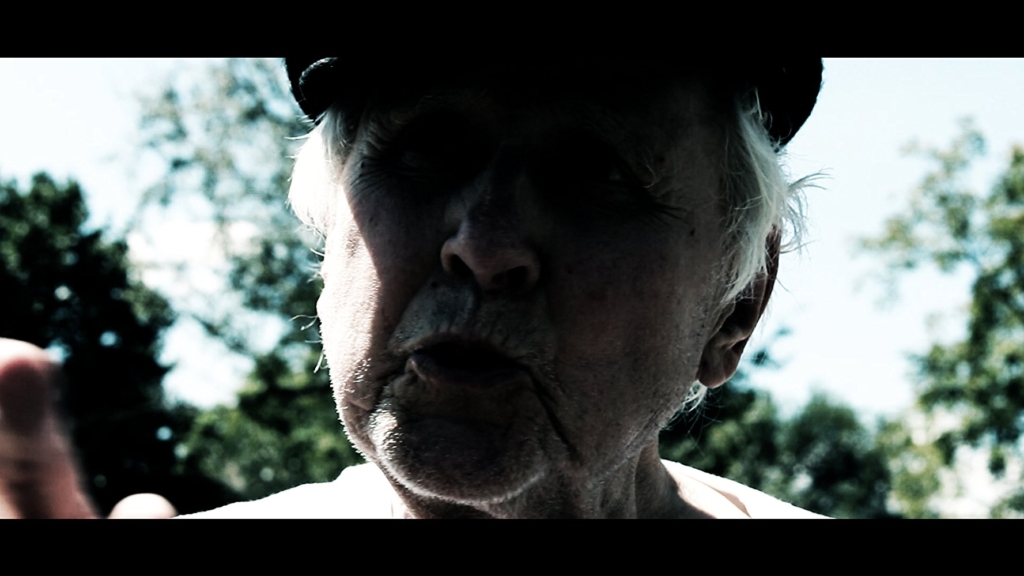 Conrad will be missed dearly by so many people who he gave such joy to.

Conrad’s career spans so many years. Not only did he bring me joy when I first saw Plan 9 as a child, but he brought joy to generations of movie goers long before me. I am forever grateful and thankful for my brief friendship with a man who treated me as if I was apart of his family from the day we met.

A man who didn’t brag when he told his stories, but genuinely loved telling them and realized how interested people were in hearing them.A man who, even though he’d been around so many Hollywood big shots throughout his lengthy career, showed us small independent filmmakers incredible kindness and, I’ll say it again, warmth.

I sincerely wish I had written this tribute while he was still alive so he would truly be able to know how much this brief friendship meant to me. Yet, I can just hear him in the back of my mind now saying, “Hey Courtney, don’t beat ya-self up kid. Keep going! We’ll meet up again someday! Maybe make another picture or two.”