It wouldn’t be Pride Month without paying homage to the gorgeous queens who not only turn looks for our viewing pleasure: they scare up screams, too. 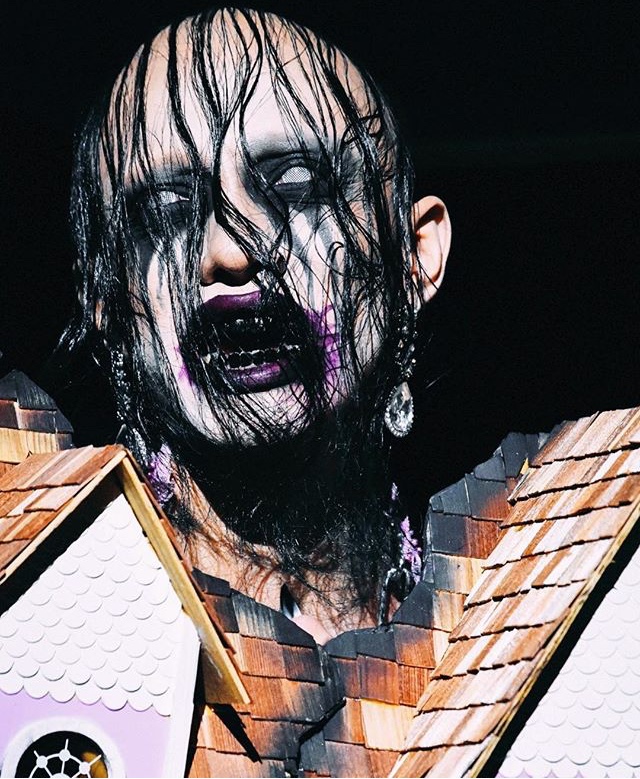 Bending gender roles, as well as the general ‘rules’ of conventional pageant-style drag, I’m spotlighting just a few of the most glamorous ghouls melding cross dressing with horror. My list derives from drag artists which appeared upon the Boulet Brothers’ series, ‘Dragula’. The Boulet Brothers are drag artists and nightlife hosts, who, initially ran the original incarnation of ‘Dragula’ as a club night throughout the Los Angeles and San Francisco, with special events in New York and Austin, Texas.

Dragula runs with the intention of finding the world’s Drag Supermonster. In order to attain this title, contestants must demonstrate that they have three main qualities: “Glamour, Filth, and Horror”. 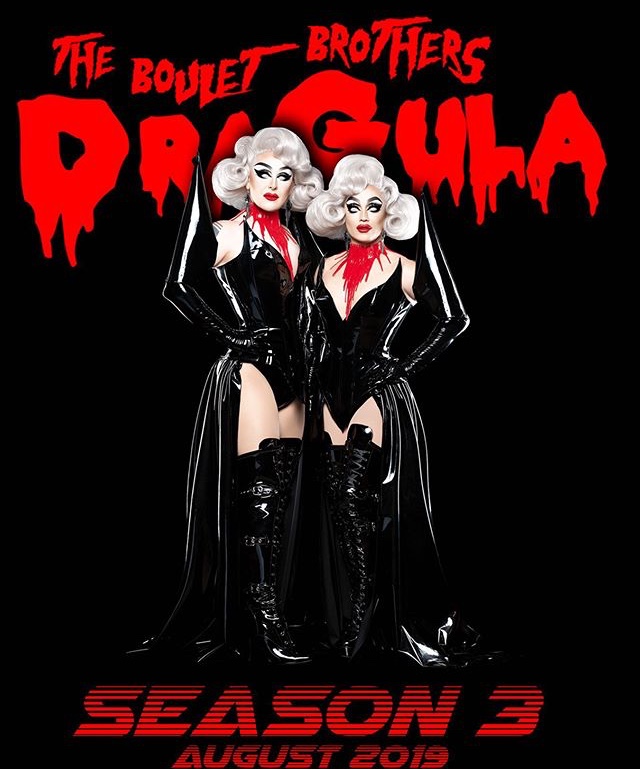 The first series is available in part for streaming on Hey Qween network, while the second may be streamed on OUTtv and WOW Presents. The third series will air in August of this year.

It’s only natural for drag and horror to go hand in hand – both embrace femininity, sexuality, and the taboo. And both undoubtedly leave your older, conservative members of the family shuddering in the seats of their pants. For this reason, we need to celebrate the artists behind drag which seek to stomp on bigotry with very, very massive heels.

On that note, let’s begin… 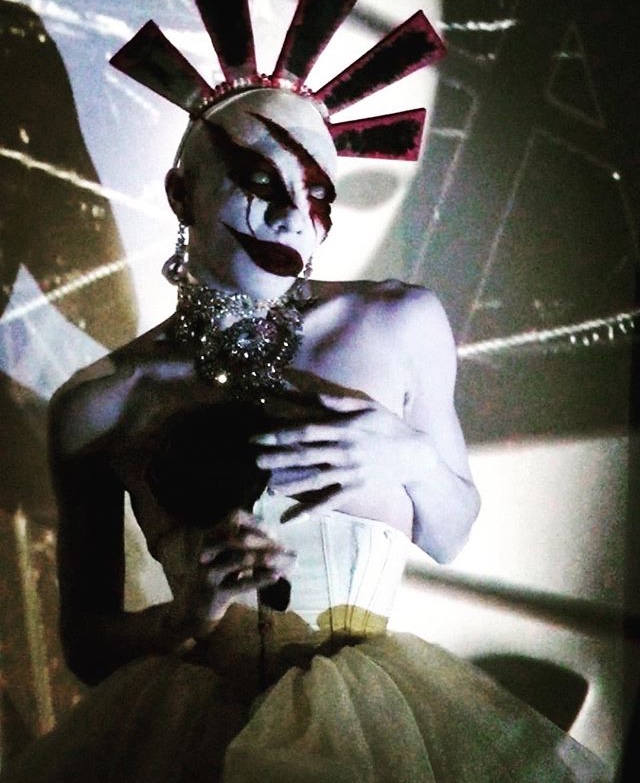 Undoubtedly one of the best drag artists around, Vander Von Odd perfectly melds vintage pin up aesthetics with classic horror, creating a visual both beautiful and menacing. Because of this, Miss Odd won the first series of Dragula and was crowned the world’s first Drag Supermonster.

The 25 year old, who goes by Antonio Yee out of drag, also masterfully creates unique monsters which are just… breath taking. A personal favorite is this milky white demon that might eat your eyeballs. 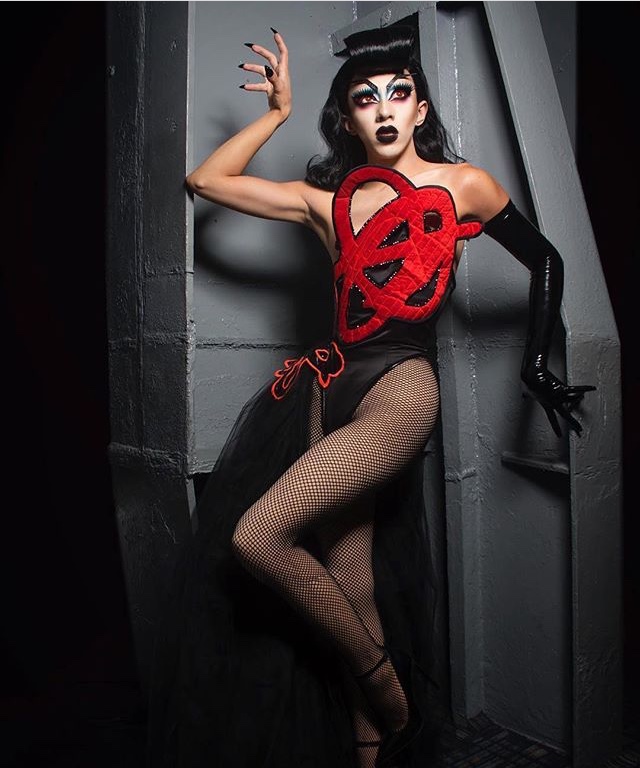 What I love about Vander Von Odd is her ability to take a light hearted song and morph the message into deeply dark matters. This clip of her performing Somewhere Over The Rainbow leaves me with goosebumps every time. 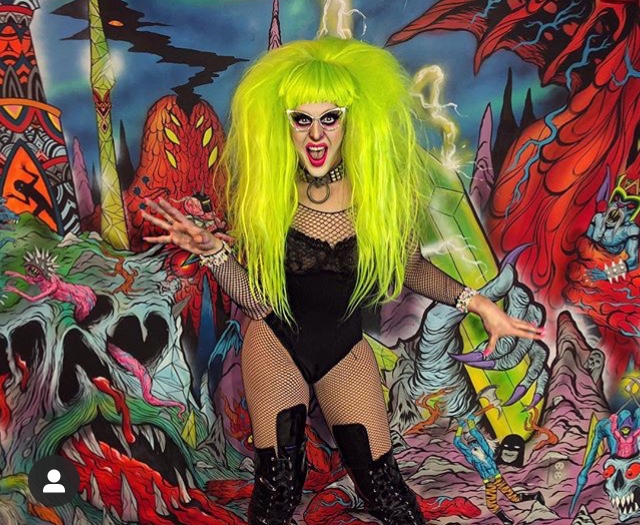 Cemented as one of the sweetest queens to appear on Dragula, Steven Glen Diehl – known more famously as Biqtch Puddin — became the second ever Drag Supermonster.

Emphasizing the role of female videogame characters as inspiration for her costumes, Puddin is a celebration of campy, sexy drag while also embracing the unconventional. Which leads me very neatly to her best moment: 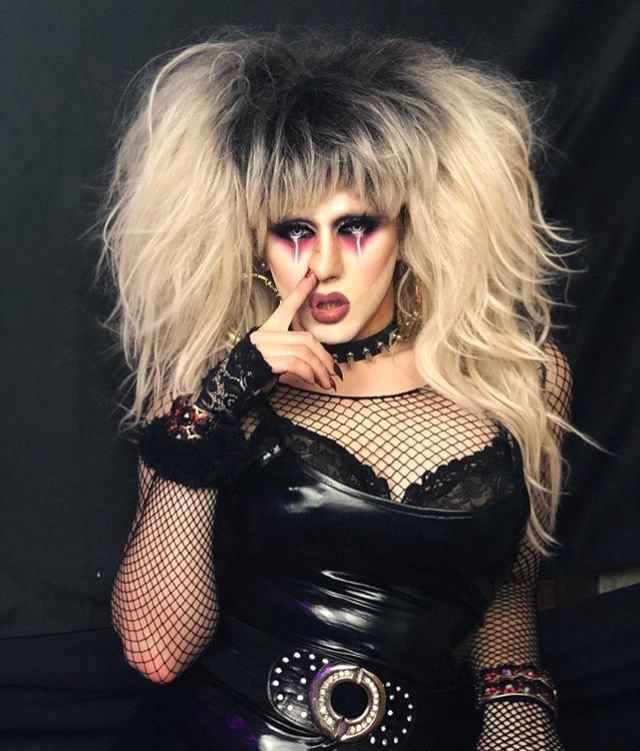 Her performance as a cleaner is notoriously gross, and I love it for that. Mug of mop water, anybody? 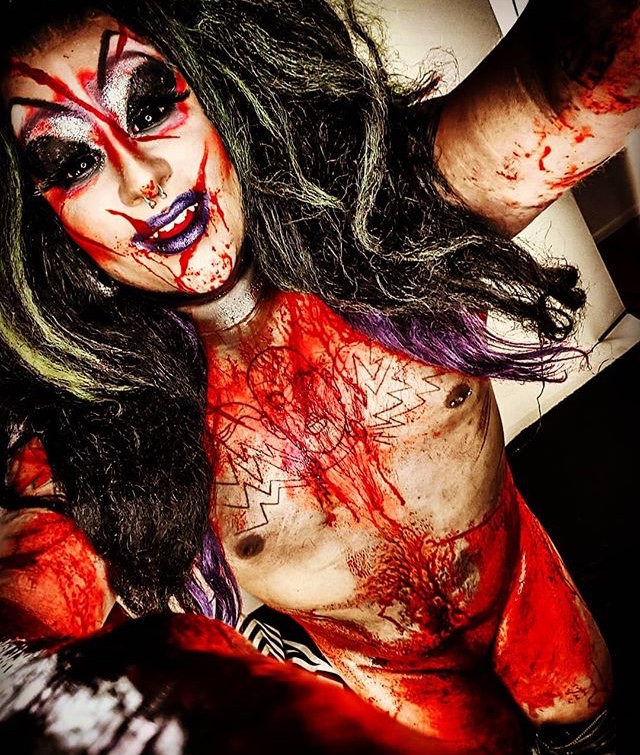 Frankie Doom’s aesthetic can be surmised concisely as a titty demon. A labour of love for Jonathan Caballero, whom is quite clearly a fan of monster movies, Frankie’s appearance is an embodiment of hyper sexuality within the horror genre. 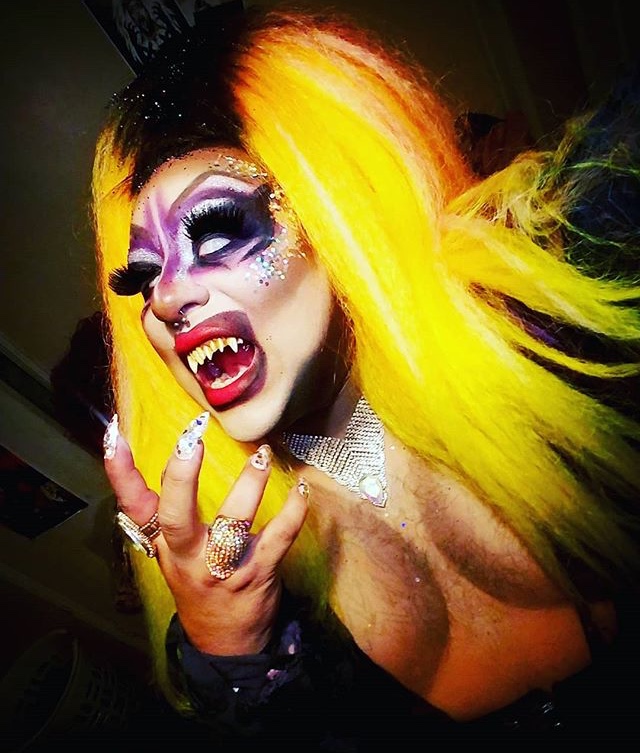 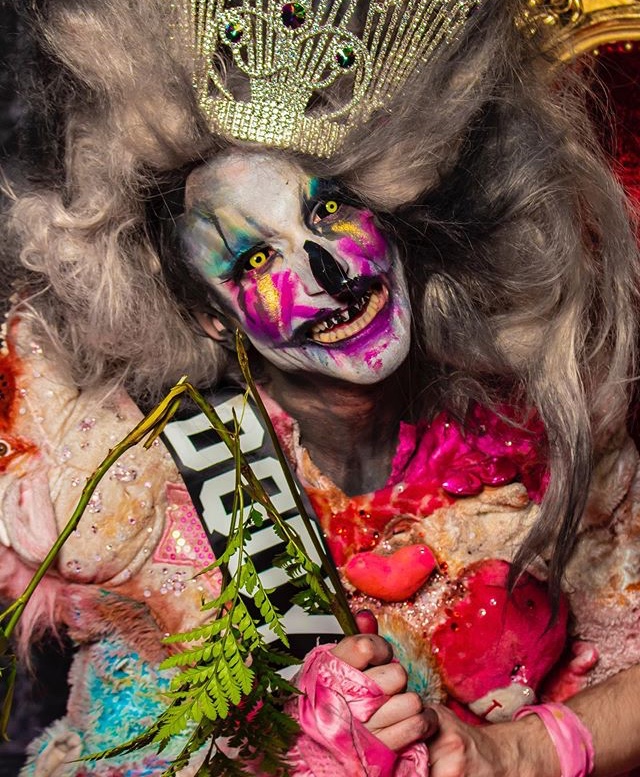 Imagine a child’s drawing in your mind’s eye.  How it’s kind of pointy, but harmless? Right. Now imagine that drawing starring in a Marilyn Manson music video. Then you have Abhora.

Abhora’s stand out feature is her birdlike quality. Although seemingly fragile with her small frame, her power derives from her palpable aggression on stage. 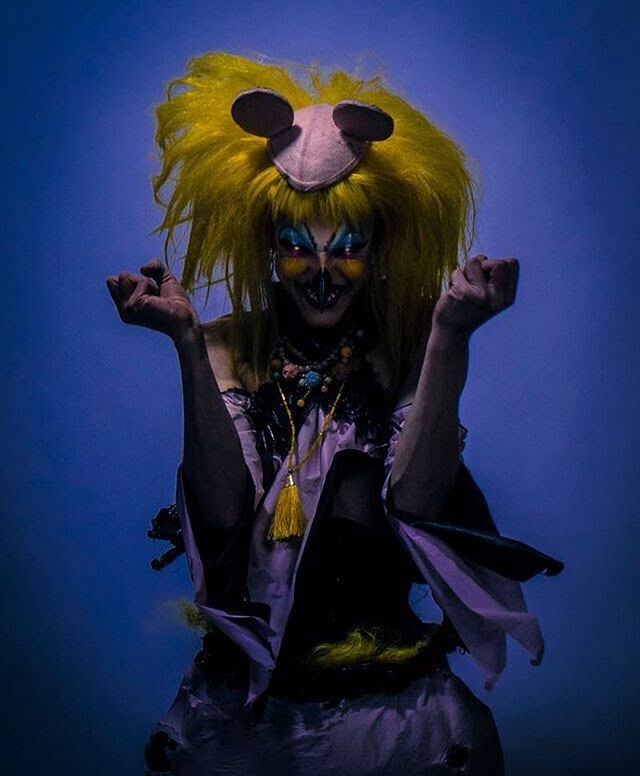 Ryan Maslow’s creation articulates the inherent vulnerability of womanhood and queerness in an oppressive patriarchal society – yet does not cower from adversity. Instead, Abhora is the force to be reckoned with.

Her iconic rendition of Lady Gaga’s ‘Venus’. I haven’t been able to listen to the original version since without thinking of Abhora. 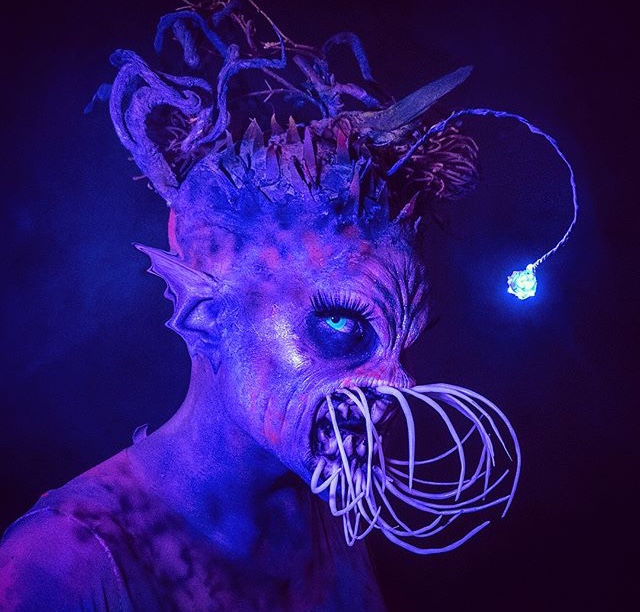 The persona of Demetrio Asciutto, Victoria Elizabeth Black is perhaps the most versatile drag artist on the list – bouncing effortlessly from horrific prosthetic creations, to undead babe in a Rob Zombie video.

When it comes to Victoria, it’s easier to look at her creations yourself: all documented lovingly upon her Instagram. Aliens, demons, monsters, dark glamour: is there anything she CAN’T make look good? 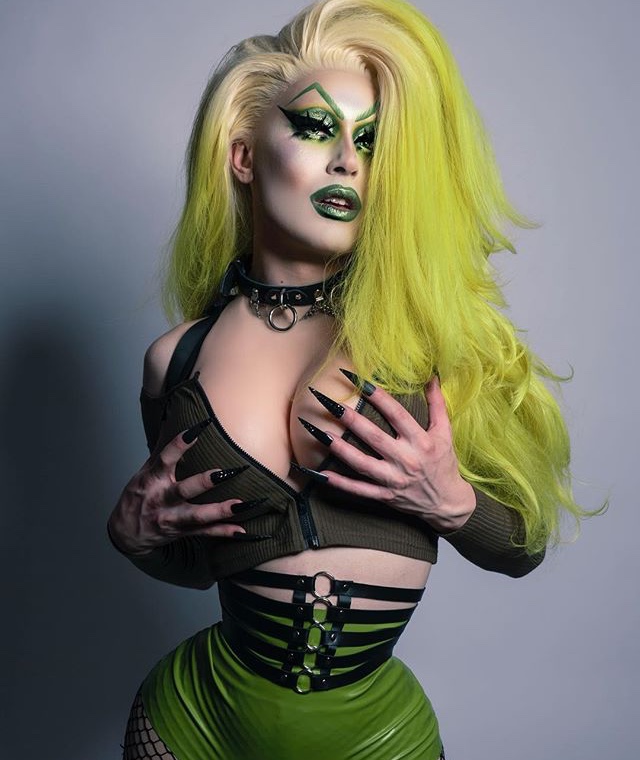 On the final floor show of Dragula Season 2, her interpretation of Filth was both gorgeous but blood chilling. While performing a dissection upon a dead body, she mounts the corpse and has sex with it. You got to give it to her: that is pretty filthy.