Jay Baruchel’s smart, subversive slasher is fearless in its depiction of onscreen horror as its devastating dissection of our desire for brutality. 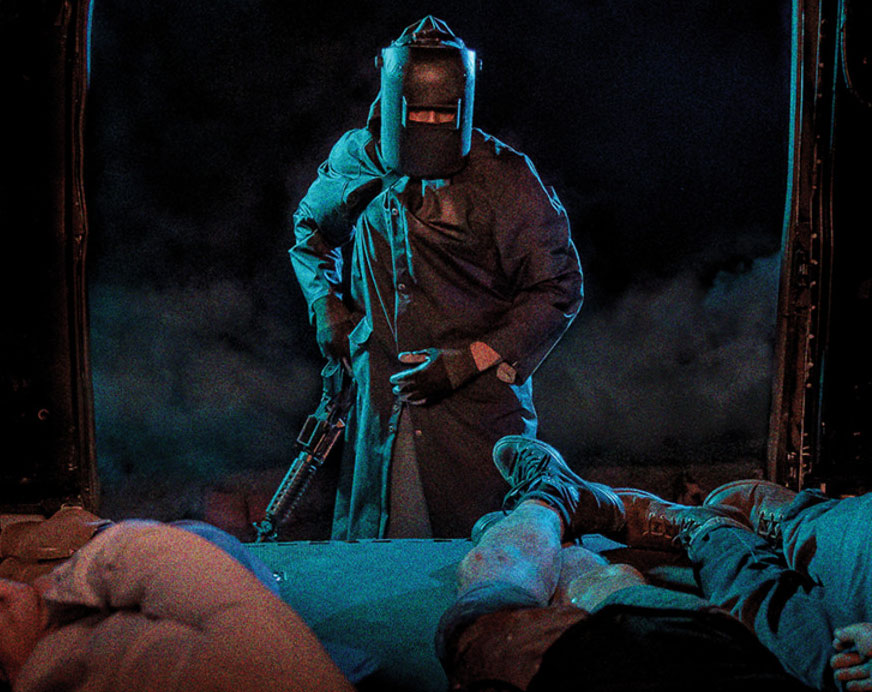 Writer/director/actor and proud Canadian emissary, Jay Baruchel is known mostly for his comedic work with roles in such classics as Tropic Thunder, Knocked Up, and the uproarious cross-pollinated horror comedy, This is The End.

As a screenwriter, Baruchel made an indelible impression into the sports movie sub genre of Hockey films with his hilarious and poignant screenplay for the bare-knuckle brawler, Goon, directed by fellow Canuck Michael Dowse and starring Sean William Scott of American Pie fame. That movie was so successful that Baruchel wrote and directed the sequel, Goon: Last of The Enforcers.

While Goon 2 wasn’t quite as compelling as its successor (it was still vastly more entertaining than Slap Shot 2), one thing became abundantly clear: Jay Baruchel is a bonafide filmmaker.

In his sophomore attempt behind the camera, Baruchel has turned his sights to well-trodden horror territory: the slasher film. And just when you thought there was nothing new to say about the sub genre, Baruchel manages to do the impossible.

By highlighting the victims rather than the killer, he created a mind fuck of a movie that left me reeling for the better part of an hour afterward.

Random Acts Of Violence tells the story of Todd Walkley (Jesse Williams), the author of the extremely successful R-Rated comic book Slasherman about a brutal serial killer, based loosely on a series of grisly murders that were committed between 1987-1991 along New York State’s I-90 highway. The film itself is an adaptation of the 2010 comic book of the same name by Jimmy Palmiotti and Justin Gray.

If you’re sensing a meta-theme, buckle up…because you ain’t seen nothing yet.

Todd suffers from PTSD, the result of surviving a brutal and fatal home invasion when he was a child. He turned to writing Slasherman as a way to help cope with or compartmentalize (depending how you view artistic therapy) his trauma. Todd’s girlfriend, Kathy (Jordana Brewster), in an unspoken attempt to fully relate to her partner’s trauma, is writing a book highlighting the victims of the real I-90 killer that Slasherman is purportedly based on.

Todd, Kathy, Ezra (Todd’s business partner, played by Baruchel), and Todd’s assistant, Aurora (the plucky Niamh Wilson), all pile into a car and drive down I-90 — to a comic book convention in NYC — so that Kathy can gather interviews about the serial killer’s victims. Meanwhile, Todd hopes to find the inspiration he desperately needs to finally end his Slasherman comic once and for all and hopefully find peace with what happened that fateful night when he was a child.

On this road trip, a crazed serial killer/super-fan begins following them, killing innocent bystanders and recreating the fucked-up staged murder scenes that are featured in the Slasherman comics.

Jay Baruchel made this movie like his life depended on it. 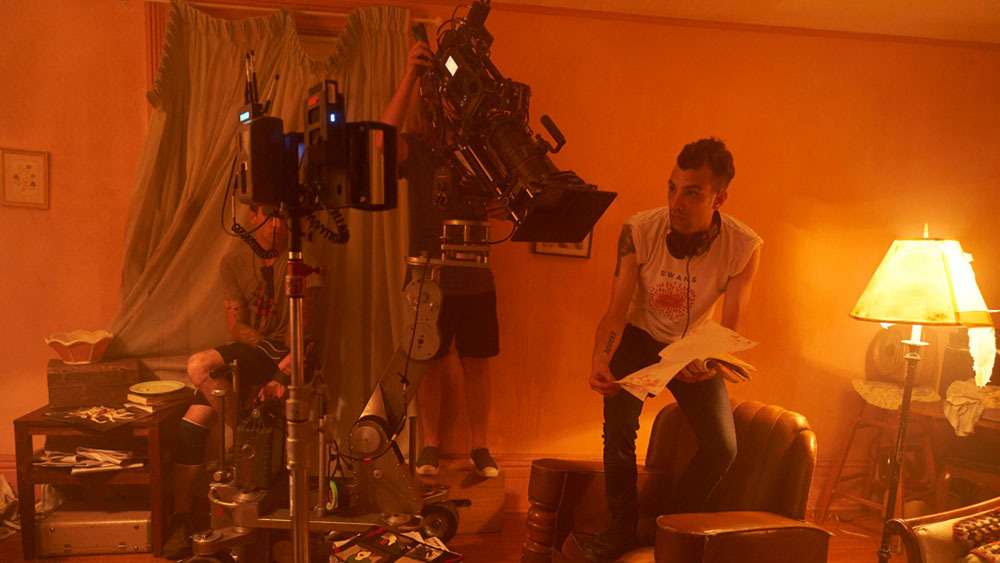 He made this movie as if it were his last chance to ever make a movie. But after seeing the craft and care that went into this low budget gory gem, I’m fairly certain this will not be his last film.

Random Acts of Violence has the kinetic, stylized energy of someone who has something to prove. And prove it he did. However, just what it is he proved is up for debate, as this is one polarizing flick.

Because it is both a loving tribute to and an indictment of slasher films, Random Acts of Violence might appear to be a horror movie that seems contemptuous of horror fans. In fact, the opposite is true. There is no denying Baruchel is an ardent fan of the genre. And being Canadian, myself, I couldn’t help but smile at the visual tips of the hat to great Canadian horror films like Black Christmas and My Bloody Valentine.

On its surface, Random Acts of Violence is a glorious pastiche of many influences, covering a lot of ground, all inserted very specifically and with great care. Prime example is a scene reminiscent of Dario Argento’s classic giallo Deep Red.

Early in the film, the camera slowly pushes in on Todd’s face and then cuts to a slow push in on Todd’s old house. Then it’s back to his face… and back to the house… all the while driven by Andrew Gordon Macpherson’s pulsing Industrial score. Further, in the film’s pivotal flashbacks sequences, Baruchel cribs the color pallet of Mario Bava’s sublime classic Black Sabbath.

It’s with these homages that Baruchel is able to ease us into a false sense of security. 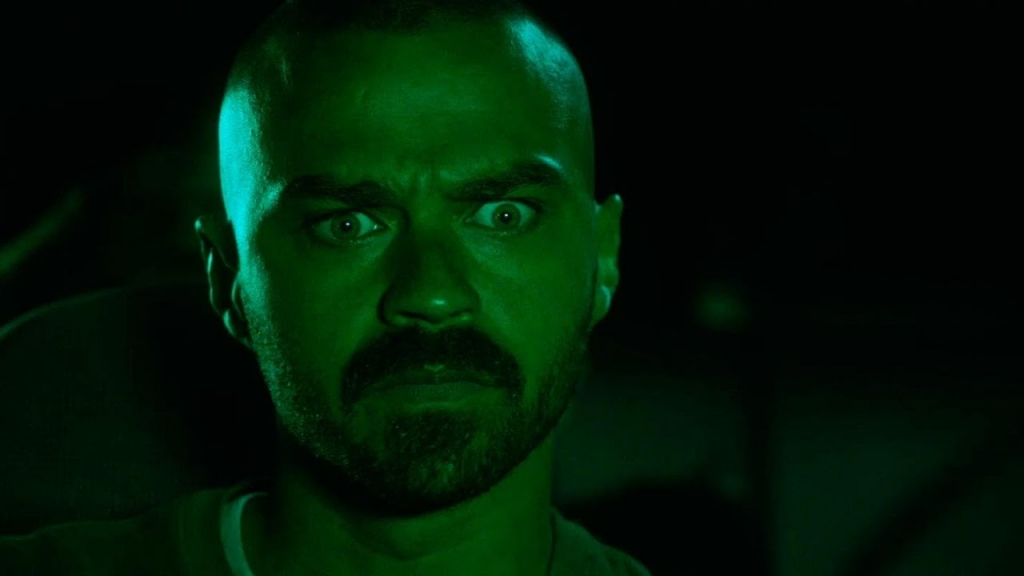 We know we are in good hands because Baruchel loves horror movies, just like us. As a result, these moments give us a level of comfort as we settle in.

But what comes next… is nothing short of harrowing.

The first murders in Random Acts of Violence are so