While it more than delivers in brutality, the creative slasher “Random Acts of Violence” falters when it tries to deliver more substance than savagery. 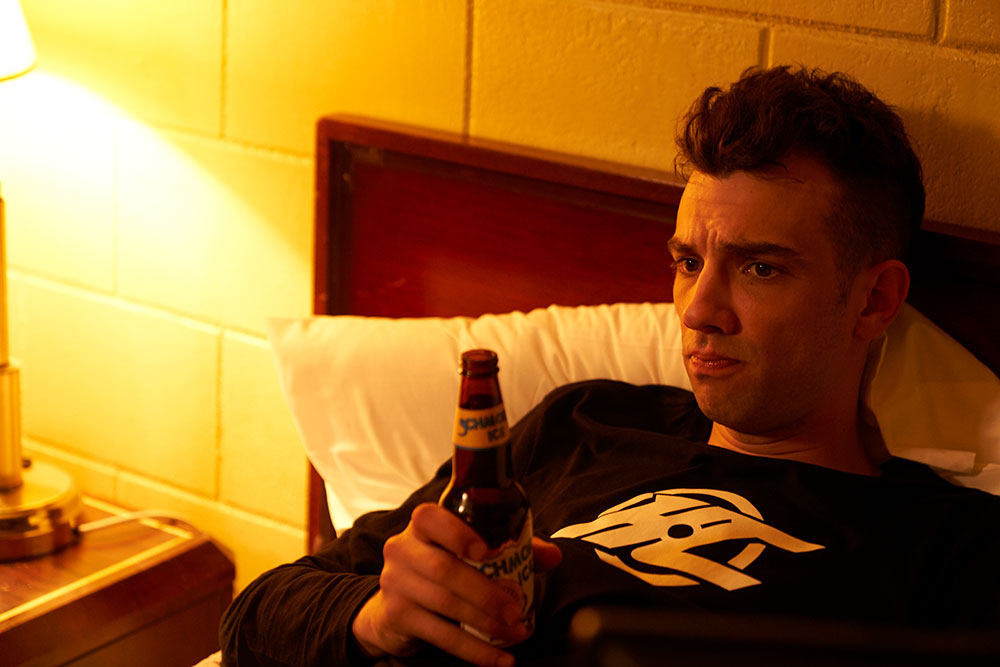 The fact is, people expect more out of their slashers these days. Given how oversaturated the genre can feel, offering more than a billowing body count can be the edge a slasher needs to stray from the crowd. Random Acts of Violence attempts to find a balance between unique storytelling and savage kills, though often struggles to maintain that balance.

Directed and co-written by Jay Baruchel, Random Acts of Violence is an adaptation of Justin Gray and Jimmy Palmiotti’s 2010 graphic novel.

The film follows comic book writer Todd Walkley (Jesse Williams), as he struggles to write a fitting ending for his horror series Slasherman. Todd’s imagination can’t take all the credit, as his controversial comic draws inspiration from a real-life serial killer. But when he sets out on a road trip with his girlfriend Kathy (Jordana Brewster), business partner Ezra (Jay Baruchel), and his assistant Aurora (Niamh Wilson), horrific deaths recreated from his comic begin to follow them.

Random Acts of Violence is Baruchel’s second time directing and collaborating with co-writer Jesse Chabot. Their previous film, Goon: Last of the Enforcers, being more in line with their comedic sensibilities. I was pleasantly surprised to find that the duo largely (while not entirely) abandoned those sensibilities in favor of leaning heavily into their adaptation’s savage slasher brutality.

For as messy as its script and character relationships may be, Random Acts of Violence shines in its mean spirited and compassionless violence. 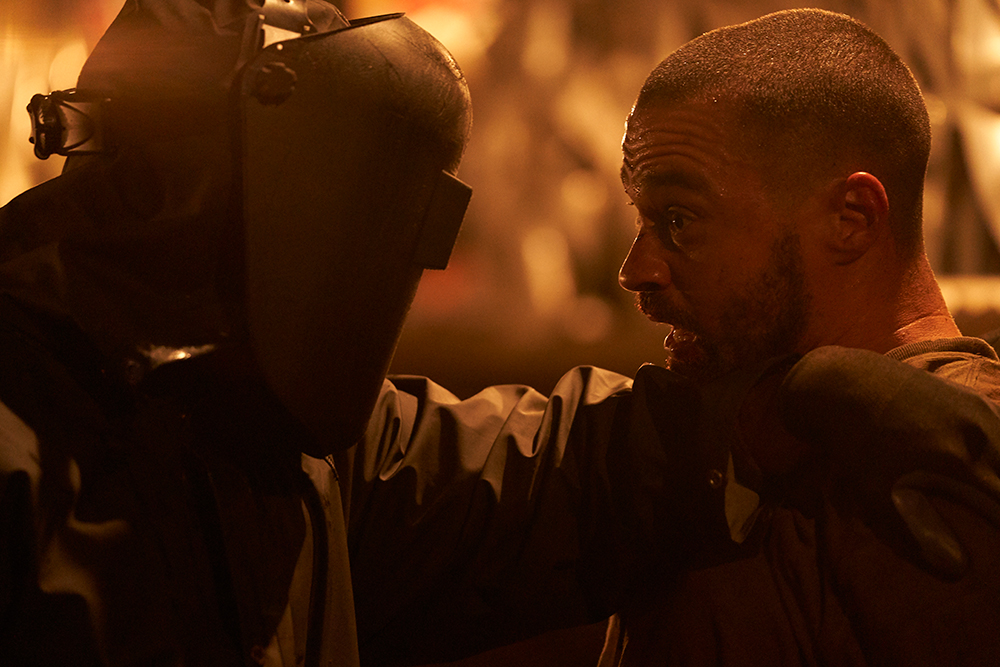 The sudden savageness of kills catches the viewer off guard, with just how unapologetic the film’s antagonist is. Kills are fast, rage-filled assaults on decency in their execution as well as what is constructed with victims’ corpses.

There are several scenes where the killer constructs totems or dioramas with his victim’s corpses, inspired by Todd’s comic pages. These fantastical arts and crafts nightmares are reminiscent of Bryan Fuller’s Hannibal series, as these contorted lumps of flesh are a memorable display of evil.

While the film portrays itself as a straight-up slasher, there’s a bit more to it than that. 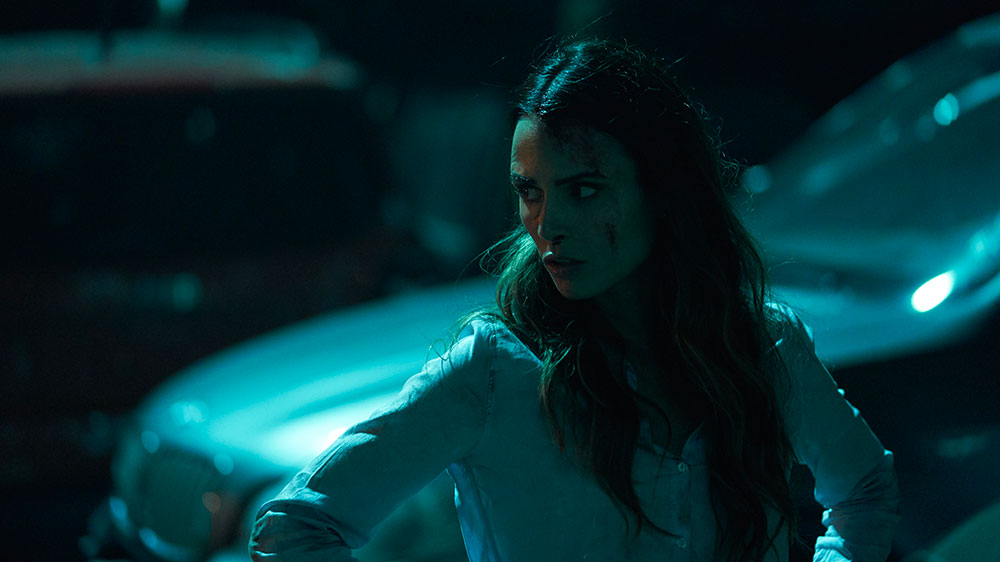 Ironically, this is where it struggles to stick its landing.

An underlying theme of the film is how horror fandoms are often vilified for the violent medium in which they consume. This becomes a point of contention between Todd and Kathy, as Slasherman is viewed as championing its protagonist’s murderous deeds. Meanwhile, Kathy is struggling to garner enthusiasm for her book, highlighting Slasherman’s victims. Todd’s successful comic gives credence to the notion that killers themselves are profiled and lauded over, while the memory of their victims is forgotten.

Random Acts of Violence also takes a heavy-handed crack at the old-fashioned view that horror’s inherently violent content is detrimental to society.

In one over the top scene, Todd is interrogated by the police after another murder is recreated from his comic book. The cop claims that it’s very likely that Todd himself is responsible for the murders, given that he creates violent media. Furthermore, the cop claims that his comics represent his repressed extreme desires, something that Kathy also begins to champion.

The commentary the film explores is presented in such an exaggerated manner that it comes off as overly forced. And, when you factor in underwhelming, melodramatic performances with a sprinkling of bland humor, the film’s message gets muddled within the madness of its violence. However, in spite of this, the film’s premise is entertaining and engaging enough for a seemingly simple slasher.

And herein lies the crossroads of Random Acts of Violence. 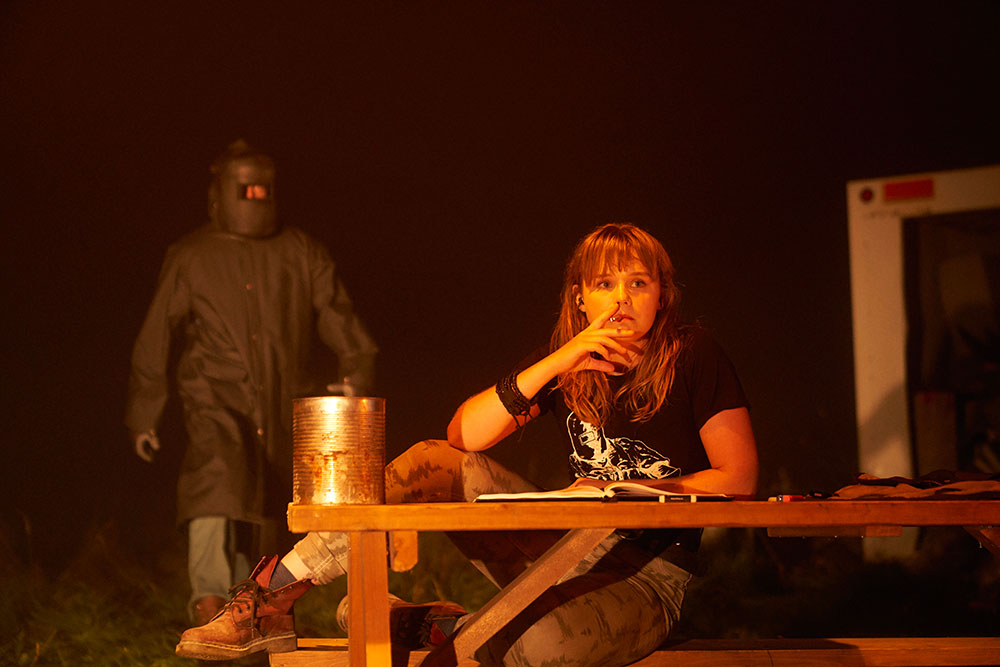 If you enjoy your horror carnage angry and messy, you’ll be able to overlook its passable performances and hammy commentary. But if you like your slashers with a bit more brain to them, you will surely have a bone or two to pick with the film.

I’ll admit the film’s brutality caught me off guard more than once, something I can’t say of a majority of modern slashers do. There is an uncomfortable energy to the violence that is consistently shocking in its sudden savageness.

And despite never capitalizing on its premise and commentary as well as it could, Random Acts of Violence‘s creative depravity will surely resonate with slasher die-hards.

Random Acts of Violence comes out in the US, UK & Ireland on AMC’s horror streaming platform Shudder August 20th.