Ti West’s “The Sacrament” is an absolutely chilling, modern retelling of the infamous Jonestown massacre — with a slightly different flavor. 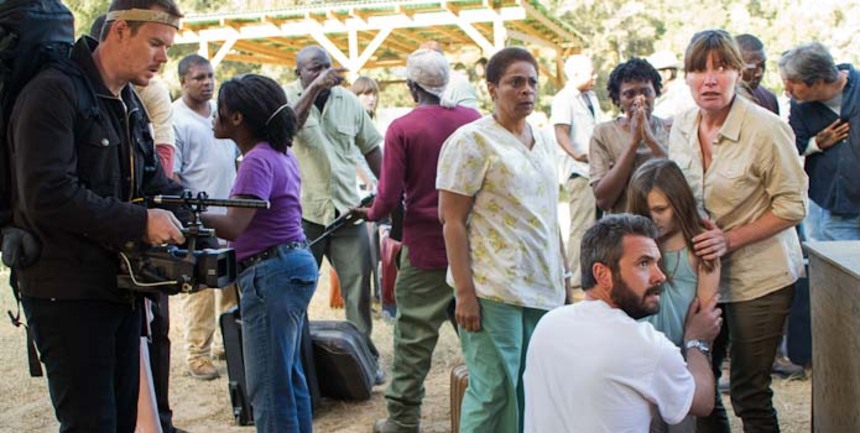 As I was watching this movie, I couldn’t help but wonder if there is someone in the Jim Jones estate or the federal government that was just opposed to making a Jonestown movie. Similar is not even the word for what this is. The Sacrament is a near complete perfect adaptation of the Jonestown Massacre of 1978.

As similar as this film is to the actual events and as much research as was obviously done, there are two subtle differences I would like to address.

Watch your step, spoilers ahead. 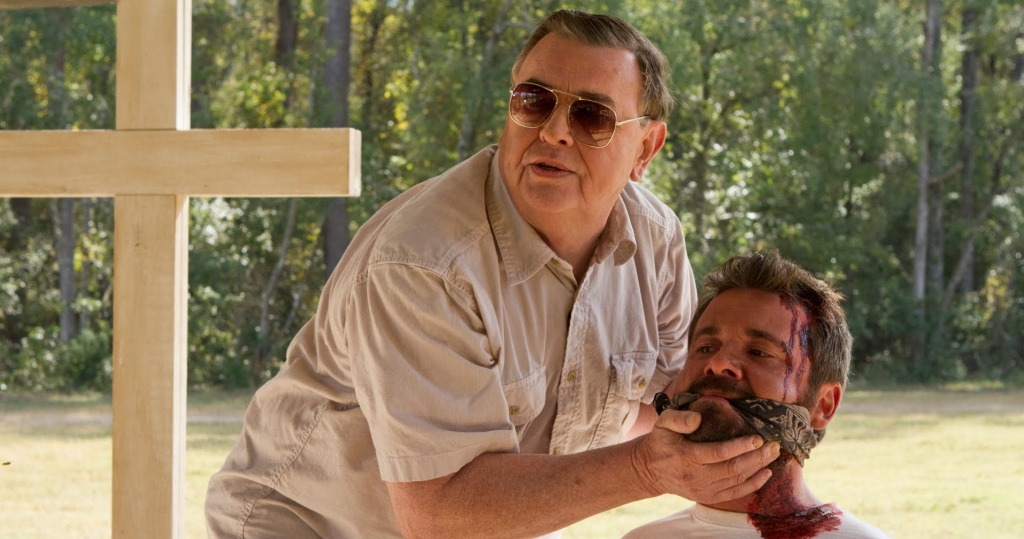 The movie version of Jonestown, Eden Parish, is said to have had a body count of 167. The real Jonestown body count was slightly higher with 918. Usually with a dramatization, certain aspects of the story are exaggerated slightly for dramatic effect. You would expect a horror movie to exaggerate the body count, or at least come close to the real number. But this film doesn’t.

Instead, they creators of the film decided to opt for a much lower body count. But why? Perhaps the real-life crime was so horrendous and shocking that it would be hard to captivate an audience. So instead, they opted for a smaller body count and more personal, impactful deaths. 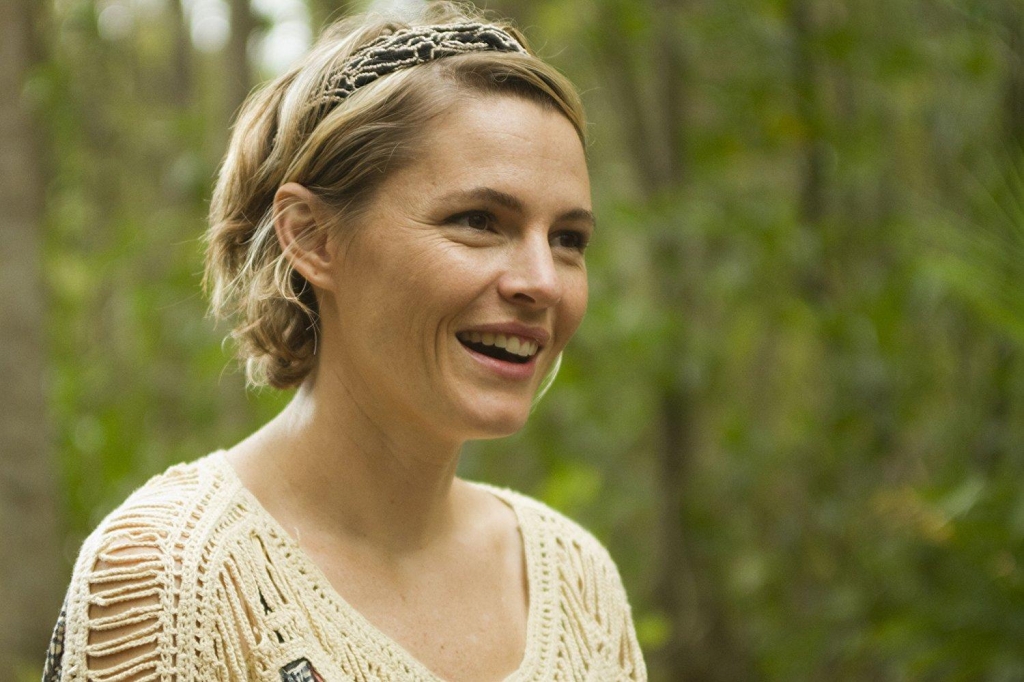 Instead of showing waves and waves of innocent people dying from cyanide poisoning, they focused on one specific death: the poisoning of Patrick by his sister Caroline. We see his body writhing in pain as he begs his sister to tell him what she just injected him with. There is no haunting image of piles of dead bodies strewn across the commune. Instead, we get the haunting image of Caroline lighting herself on fire. Cold, calm and calculating — a true vision of a brainwashed acolyte.

Lastly, instead of focusing on the over 300 children who were slaughtered in the Jonestown massacre, in what would have been an endless sequence of children being murdered, we get one extremely impactful death as Sarah slits her daughter’s throat. It’s one of the most shocking scenes in the movie. Brutal, gruesome and terrifying. 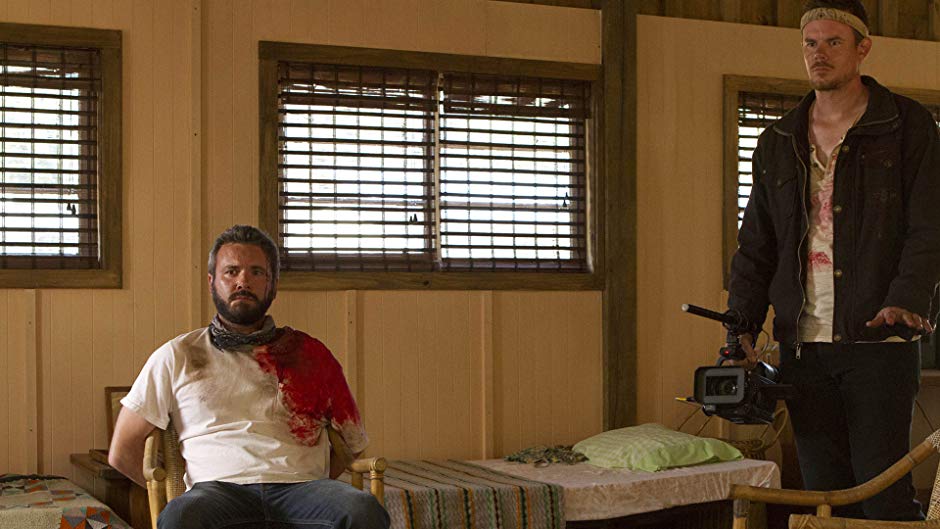 So yes, the real Jonestown has a much higher body count. But the handful of deaths at Eden Parish were so much more gruesome, impactful and haunting.

Then there’s the infamous Kool-Aid.

It’s well known that the flavored drink in the Jonestown massacre was grape, while the flavor at Eden Parish was some sort of strawberry or perhaps Rock-a-dile Red.

This movie has so many small Jonestown details that it replicates meticulously. I don’t know why they changed this one. We have the religious cult moved to South America, the helicopter shooting, and the aviator shades-wearing cult leader with failing health. Not only that, but the demographics of the cult members are represented accurately in the movie. The real Jonestown was 70% African American, and the film reflects that.

Thus, someone who was involved in this film clearly knew their Jonestown history. Perhaps it was the best way to distinguish it from the real crime. Perhaps bright red just looked better on camera than a dark purple. Whatever the reason, and honestly this is just me nitpicking, when they showed the kool-aid mixing, I yelled at the TV screen. “It wasn’t fucking Cherry. It was Grape. What the fuck?!” 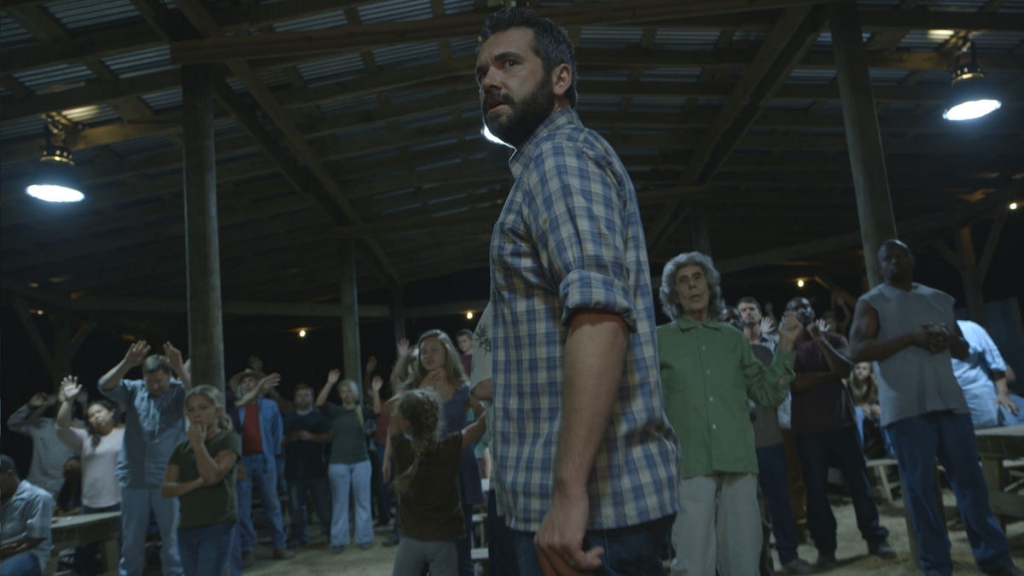 The Sacrament is a truly amazing horror movie that must be seen to be believed.

Sure, this article has spoilers. But my words don’t do those scenes any justice. It’s a fantastic take on the found footage genre and an amazing homage to the infamous Jonestown Massacre. While his first film The House of the Devil is a classic, this film really cemented director Ti West as a master of horror, and it will be great to see what he does next.

If you are looking for something off the beaten path to watch this week, The Sacrament is streaming for free on Tubi.