Sequels can often be inferior cash grabs, but there are a few very successful horror film follow ups that rise to the level of cult classic status. 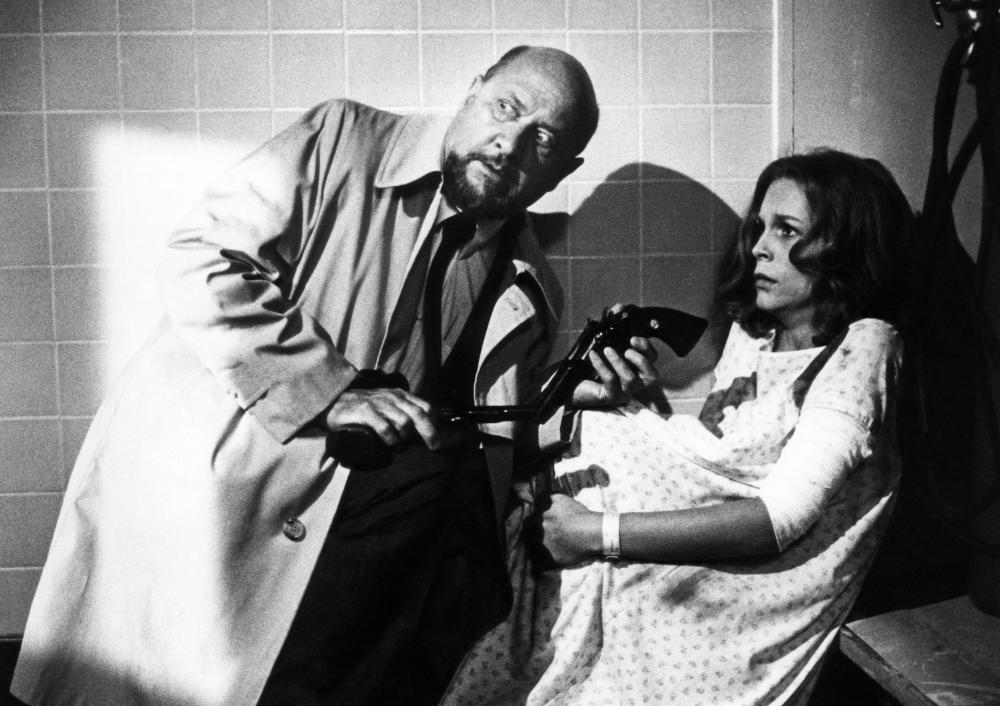 Horror, probably more than any other genre, is always ready to cash in on making a sequel once the first movie finds success. Once the title finds success, the writers will keep turning scripts until the studios will not pick them up — or until they are unable to find to finance them. Some horror series have made quite a nest egg for themselves. Successful multi-film franchises include Friday the 13th, Saw, Jaws, Scream, A Nightmare on Elm Street, and Halloween (among many others).

While the first film in a franchise is often hard to top, some popular franchises can boast a sequel that was met with such success that it developed its own cult following. Many would even argue there are franchise sequels that rival or even surpass the first film in the series.

The slope here is slippery, because cult status has to do with more than just being commercially successful. Further, to qualify for this discussion, the films cannot simply be a remake of the original. We are only focusing on true sequels — nothing later than part 2 in a series.

Some of the examples that stand out most are Halloween 2, The Texas Chainsaw Massacre 2, The Devil’s Rejects, The Silence of the Lambs, and Dawn of the Dead. 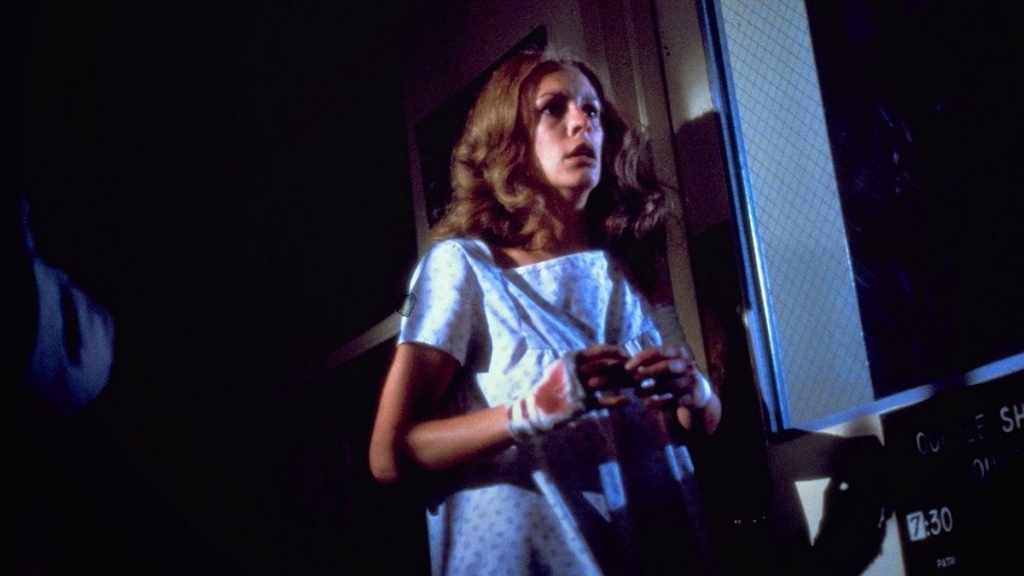 The original Halloween became the gold standard for indie horror for several reasons. Rather than relying on blood and gore, it used suspense and well-timed, effective jump scares to terrify the audience. Tension was created through an exceptional and highly memorable score. Great performances from the cast, including up-and-comer Jamie Lee Curtis and veteran actor Donald Pleasence, helped us care about the characters — increasing the stakes of the horror. The groundbreaking slasher film even received four stars from famed critic Roger Ebert.

The success of the 1978 movie made the 1981 sequel highly anticipated. However, it was met with much disappointment from the critics — especially Roger Ebert. But the fans did not agree with the critic consensus. They enjoyed seeing the return of actors Curtis and Pleasence. And although Carpenter passed directing responsibilities to Rick Rosenthal, he once again penned the script with Debra Hill. 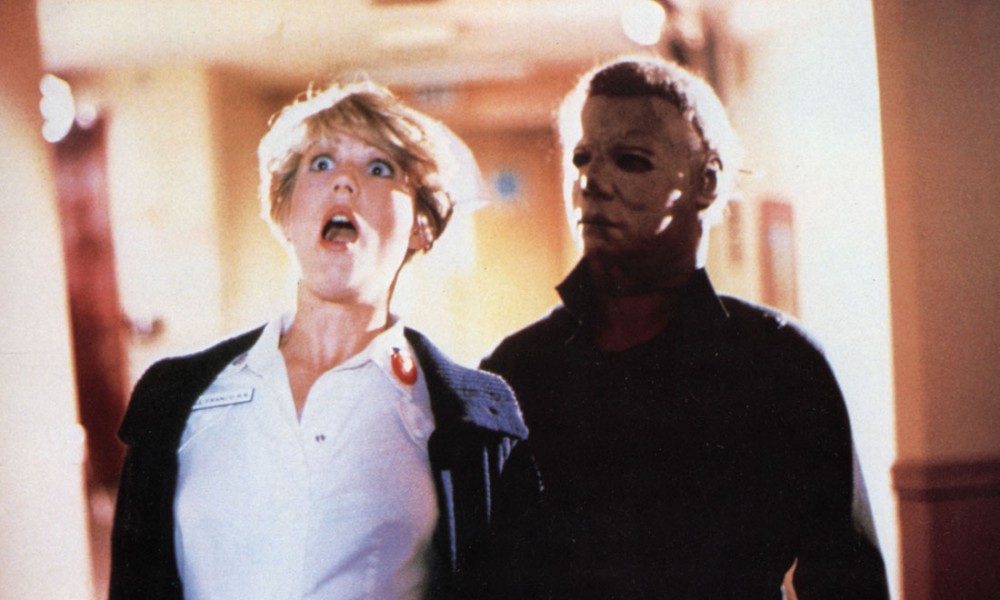 Though the sequel was made three years following the release of Halloween, it picked right up with the original left off.

It also introduced the brother-sister storyline for Michael and Laurie Strode. The primary setting for this movie became the iconic Haddonfield Memorial Hospital. A major difference between the first and second movies was that Halloween 2 only used one actor to play Michael Myers (Dick Warlock). The original used multiple actors (Nick Castle, Tommy Lee Wallace, Tony Moran, and Jim Winburn).

True to the rules of a part two, there was more blood in the sequel — along with some memorable kills. Many fans cite Janet receiving a needle to the temple, Karen being drowned in the hot tub, or Jill being picked up with a scalpel among their favorite Michael Myers kills.

Whether it was the returning stars, top 10 kills, introduction of the brother/sister thing or shooting Michael in the eyes before blowing him up, the second movie has become a cult classic with a significant cult following. 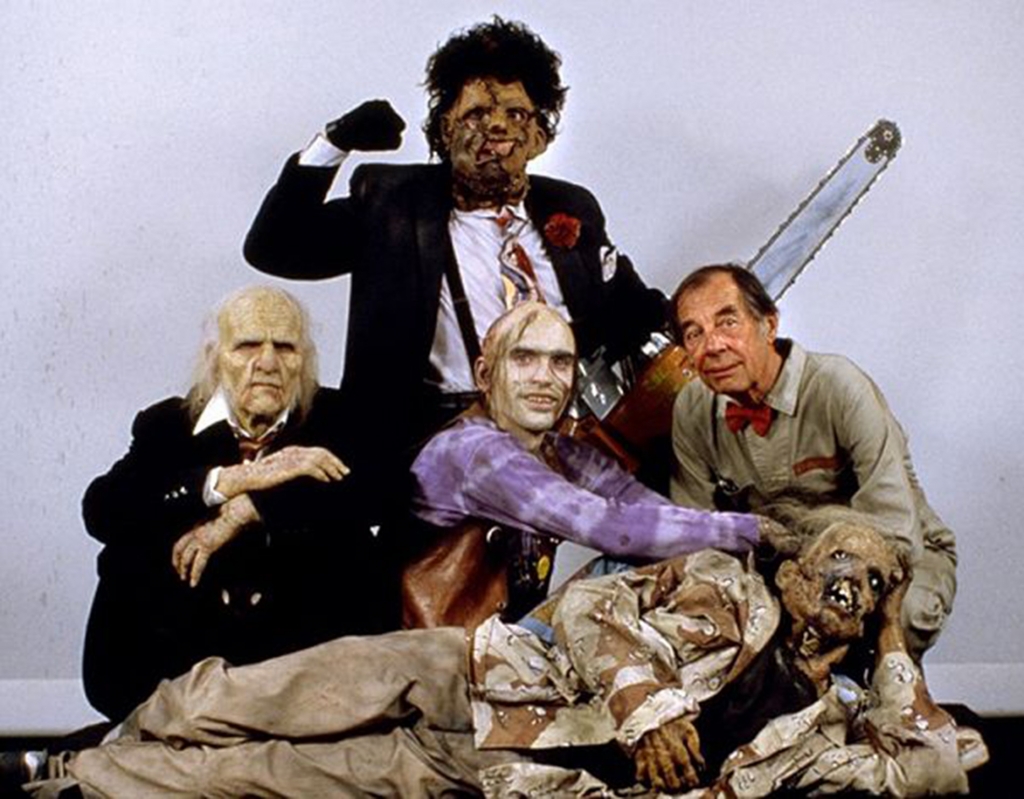 Another fan favorite sequel that rivals the original is TCM 2. Unlike Halloween 2, the popular final girl did not return to face off against her would be killer. Instead, a new iconic scream queen joined the film — radio disc jockey “Stretch” Brock, played by the lovely Caroline Williams.

But the film really took off for two very big reasons. One was the casting of veteran actor Dennis Hopper. And the other was the introduction of Bill Moseley as “Chop-Top” Sawyer.

The “Chop-Top” character immediately stole the show from his brother Leatherface, which is not easy to do. His quick wit, creepy personality, and unique look caught the attention of horror fans. Moseley was always using his lighter to heat a metal clothes hanger, so he could scratch his head and pick off chunks of meat to eat. This, along with his pale skin, metal plate, and scraggly hair, made him unforgettable. The final battle of the movie took place, not between Stretch and Leatherface, but between Stretch and Chop-Top.

Dennis Hopper immediately brought a street cred to the sequel that the first film didn’t have. He had already appeared in Easy Rider, Apocalypse Now, Hang ‘Em High, and True Grit to name a few. Hopper played Lieutenant ‘Lefty’ Enright, a Texas ranger who goes after the Sawyer family following the murder of his nephew Franklin. 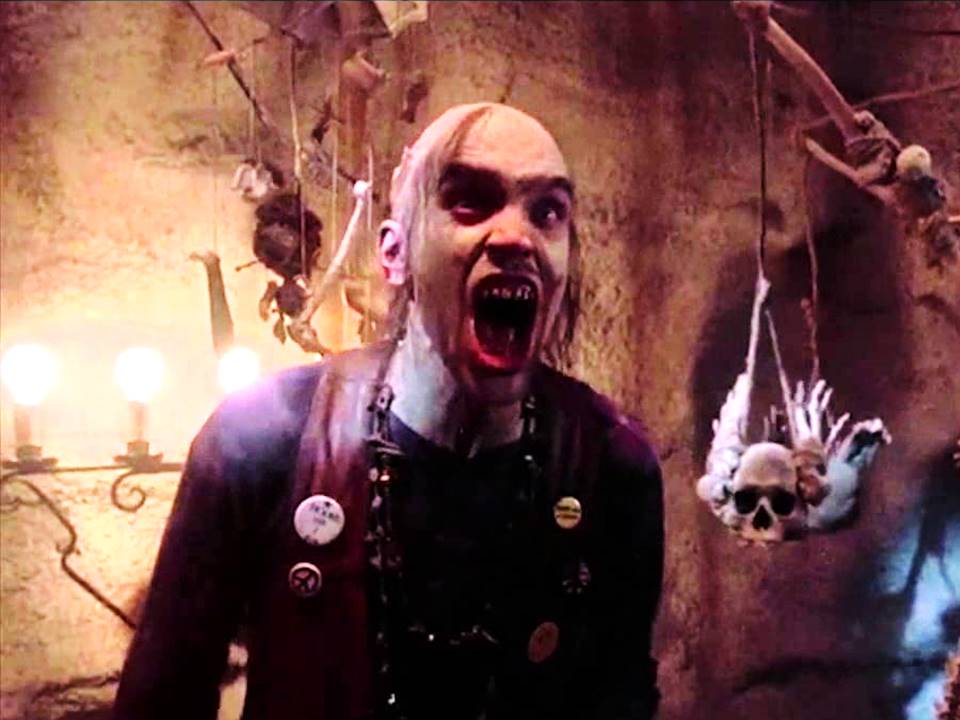 Instead of showing the Sawyers in a gritty documentary format, part two gives us a look at the unusual family’s daily life with a comic twist.

The movie begins by showing Drayton Sawyer, aka “The Cook”, winning a chili competition in which his secret ingredient is human meat. Later, two guys in a car are introduced to Nubbins Sawyer, aka “The Hitchhiker.” This is the dead brother of Drayton, Leatherface, and Chop-Top. He is danced and pranced around by Leatherface. During the showdown between Leatherface and Lefty, “The Cook” accidentally gets his butt cut while hiding.

The movie poster for the movie even pokes fun at The Breakfast Club poster by putting the Sawyer family in all the same poses.

From the beginning of the movie, there was nothing serious about this sequel. But the fans did not care. They were happy to just be entertained, 12 years later, while getting reacquainted with their favorite cannibalistic family — and getting introduced to a new icon of horror: Chop-Top. 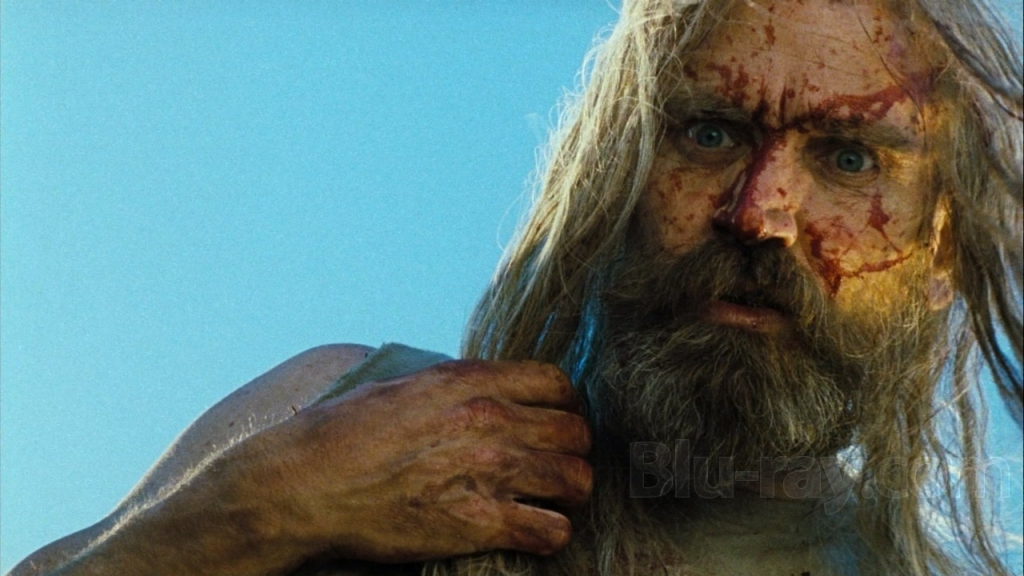 From his iconic role as Chop-Top, Bill Moseley went on to play an equally memorable character as Otis B. Driftwood in Rob Zombie’s House of 1000 Corpses. He would later reprise his infamous role in the film’s sequel, The Devil’s Rejects.

Both movies had the returning characters of Baby (Sheri Moon Zombie) and Captain Spaulding (Sid Haig).

Further, both films revolve around a dysfunctional family similar to the Sawyer family, but minus the cannibalism. 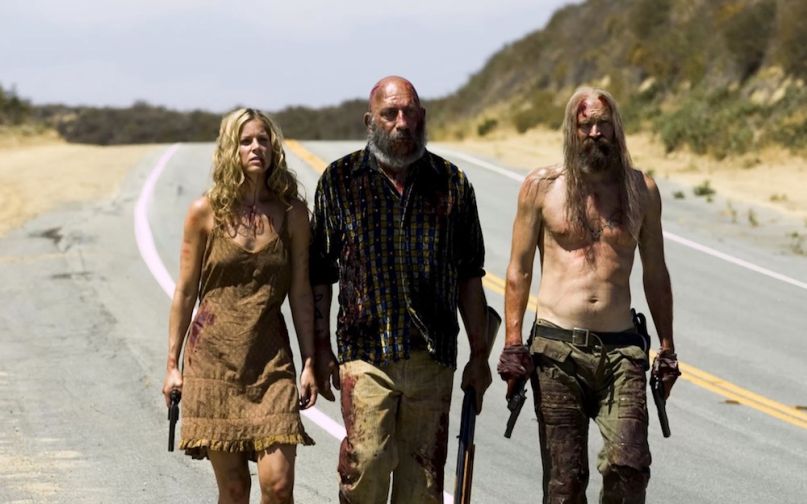 The first movie gave us hints of comedy and the supernatural, all centered around a demented family. House of 1000 Corpses looked like the slightly more serious version of The Texas Chainsaw 2. In contrast, The Devil’s Rejects was filmed with the seriousness of the original Texas Chainsaw Massacre.