Five on It: Shark-Infested Waters

We celebrate the official first day of Summer and the anniversary of the horror classic “Jaws” by diving into five lesser known shark films.

On this day, June 20, the mother of all shark films, Jaws, opened across North America on 464 screens — 409 in the United States, the remainder in Canada. The Jaws phenomenon didn’t just create a deeply rooted generational fear in the heart of man, it inspired an onslaught of horror-thrillers that perpetuated the negative stereotype of the ocean-dwelling predator.

Since then, we’ve seen rogue sharks, ghost sharks, sharks with advanced cognition, and more megalodons than we can count. When it comes to shark films, it’s safe to say that there are a lot of fish in the sea.

So, if you’re looking for a shark movie to sink your teeth into, here are five lesser-known shark films you can stream right now. 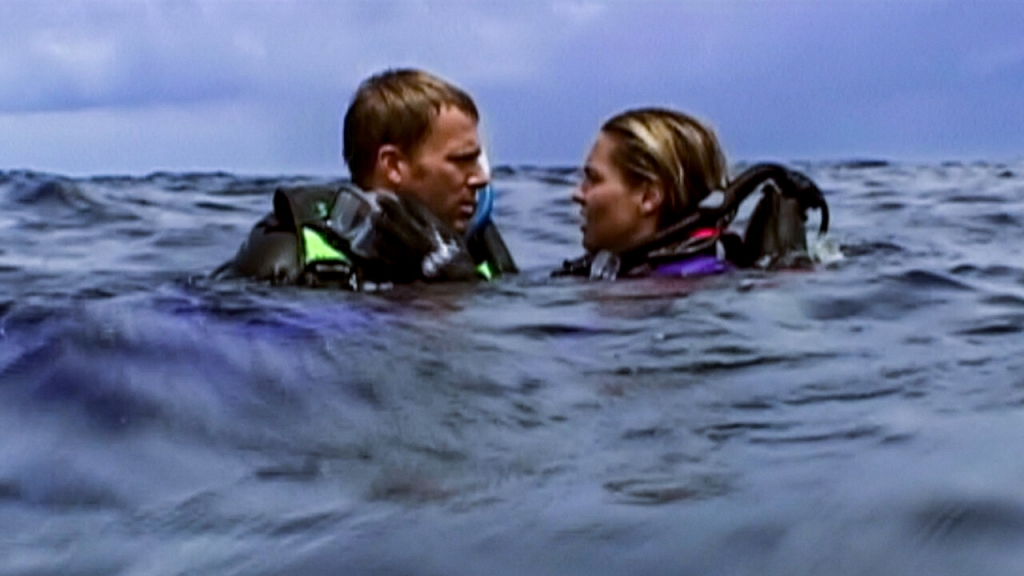 As far as shark movies go, Open Water is the kind that really will make you afraid to wade past the knees during your next trip to the beach.

Open Water follows a young couple on vacation, where they put their diving certifications to the test. During a group excursion, the couple decides to explore beyond the boundaries of their tour. When they resurface, they find that the boat has left without them. As the sun goes down, and the appetites of creatures below the sea surface grow, the couple find themselves struggling to survive.

Upon its release in 2003, this movie was revered by critics for putting on a masterclass in building tension. Filmed for just $130,000, this movie feels more documentary than standard film, bringing the audience directly into the water with its main characters, Daniel and Susan. This decision elevates the film beyond the typical shark thriller, evoking a primal fear within the viewer that is difficult to recreate.

Open Water is by far one of the more serious films on this list, as it is just as palatable to the general drama-thriller viewer as it is to horror aficionados. But don’t let that sway you from putting yourself through 80-minutes of hell with Daniel and Susan.

You might not have a good time, but you will endure an immersive experience – one that’s worth surviving.

Where to Watch: You can currently watch Open Water in the US on Fubo or Directv, or rent it on VOD.

It has been said that imitation is the sincerest form of flattery, and while that may be true, the flattery didn’t quite work for Great White.

This movie, also known as The Last Shark, was blocked in North America after complaints that it plagiarized Jaws. The plot of the film corroborates this theory to an extent, but the execution feels more like a fun B-movie joyride than its predecessor.

Port Harbor is a sleepy seaside community rocked by the death of a young windsurfer. As talk of a great white shark makes it through the grapevine, Port Harbor gets the attention of a horror writer named Peter Benton, and renowned shark hunter Ron Hamer. The mayor is reluctant to admit that there’s a shark problem until the shark targets his employee. Unable to deny the issue any longer, the mayor allows Benton and Hamer to hunt the shark down once and for all.

Some might say that Great White is limited by its budget, but it allows audiences to use their imagination. The shark is rarely seen, even when attacking the citizens of Port Harbor, with scenes punctuated by shots of fins and little else. When the shark is spotted in quick cuts throughout the film, it appears to be footage of a real shark … until the climax.

By the time viewers get to the end of this film, they will have to accept this film for what it is: pure camp.

Where to Watch: You can currently watch Great White (aka The Last Shark) in the US for free on Amazon Prime, Tubi, or Pluto TV (with ads). 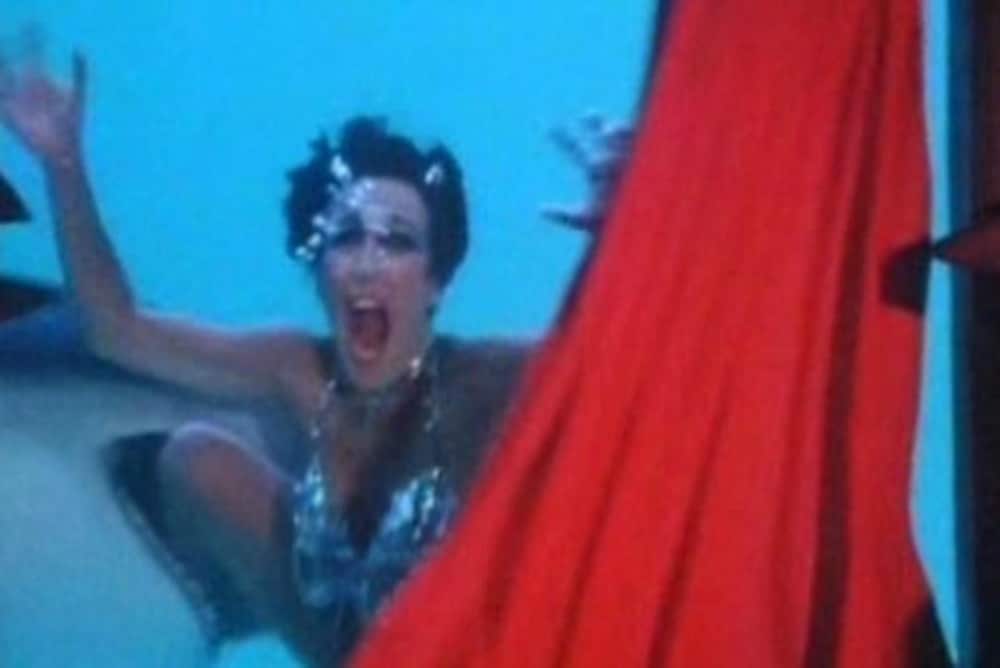 If you’re looking for a strange film that combines sharks, the supernatural, and the slasher subgenre, look no further than this hidden gem of the mid-70s.

Mako: The Jaws of Death is the antithesis of the sharksploitation film, making it required viewing for anyone who grapples with the ethics of loving sharks, and enjoying films that paint them as malicious maneaters. William Grefé, a writer and director best known for his work in exploitation, takes a welcome journey into the comically ridiculous to subvert a genre known for making its subject public enemy #1.

It’s best to go into this movie with a limited idea of what to expect – but here’s what you need to know. A man is given an enchanted medallion that bestows him with the ability to communicate with sharks. As his connection to the animal strengthens, so too does his desire to protect them.

The result is a powerful message on environmentalism and conservation coated with absurdity to help the medicine go down.

Where to Watch: You can currently watch Mako: The Jaws of Death in the US on Arrow’s streaming service, or rent it from Amazon or iTunes/Apple TV. 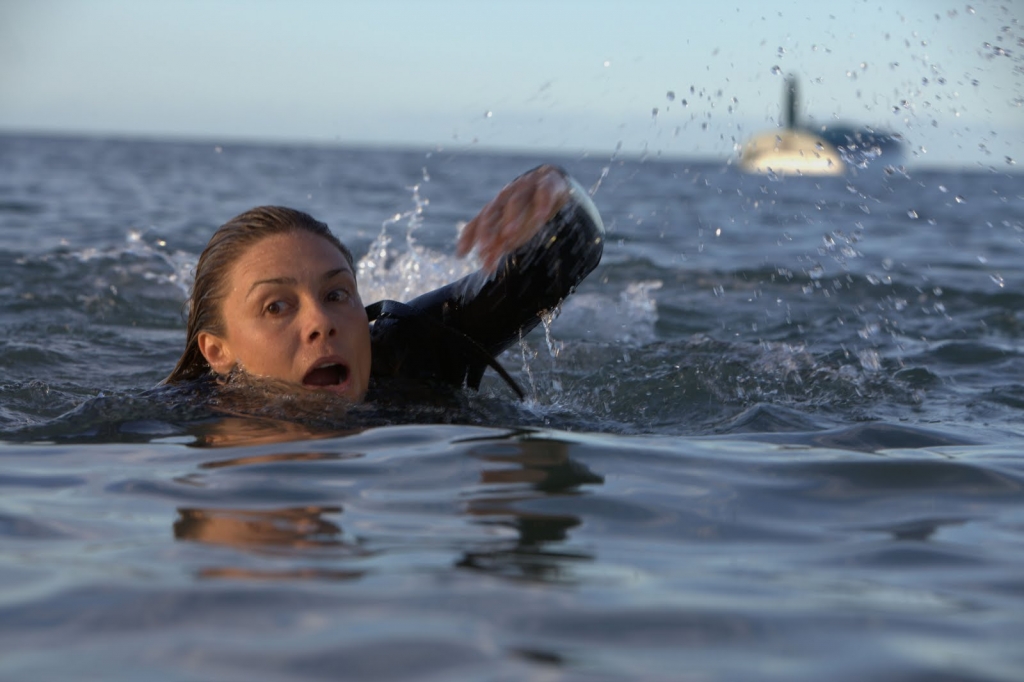 If you’re looking for a shark movie that focuses more on its human cast than its aquatic one, this is the film for you.

Tonally similar to Open Water, this film has an excellent cast with superb chemistry – making every kill painful for viewers. This Australian survival-horror film follows a group of friends on their sailing trip to Indonesia. Partway through their journey, their boat capsizes. When the group splits up after arguing over whether they should stay on the vessel until it sinks, or swim to a nearby island, they find themselves stalked by one – or more – great white sharks.

What makes this movie so effective is the way it depicts human terror and crises. Loved ones will argue. Decisions will be misguided. The Reef is heavily steeped in realism, such that the characters all make decisions that everyday people would make. They may not be the most strategic, and they may not pan out well, but they’re decisions that viewers could easily get on board with. The characters are likable, most of them are intelligent, and they care about their friends.

The Reef will take viewers on a journey with the characters, not as third-party observers but as members of the group.

Watch people you like fall in love, scream in terror, and become prey for sharks with sick senses of humor and a taste for human flesh.

Where to Watch: You can currently watch The Reef in the US for free on Amazon Prime Video, Shudder, Hoopla, AMC Plus or Tubi TV. 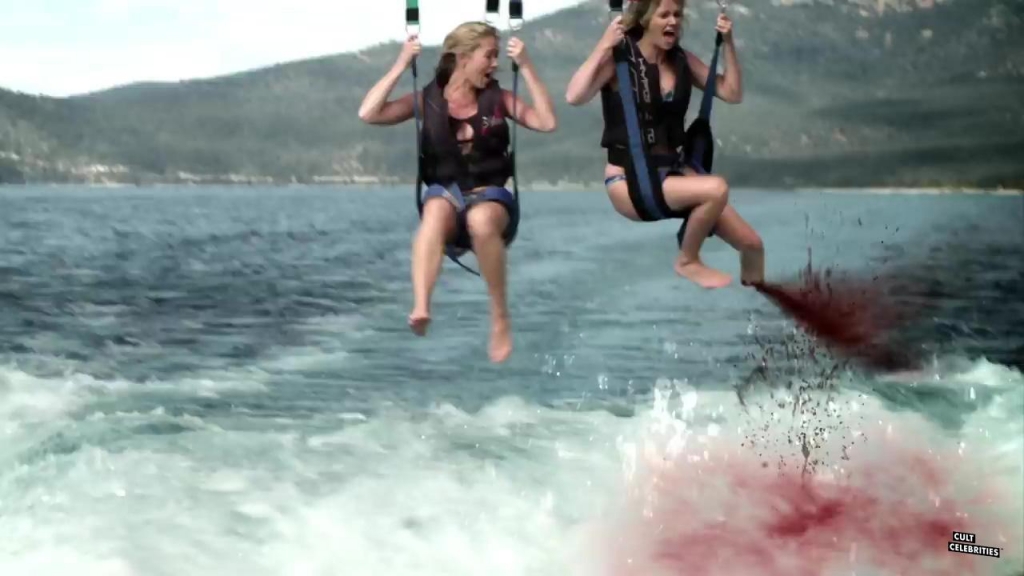 This movie, and everyone in it, knows exactly what kind of movie it is – and owns it. We have to respect that level of self-awareness. Once you get past the low-budget sheen of it all, you’ll realize that Shark Lake is a great shark horror film in its own right. It has all the makings of a summer genre Shark Week viewing, and it is glorious.

Clint Gray is a seasoned criminal with a long rap sheet of violent crimes, and those surrounding exotic animal laws. Meredith Hernandez is a young but jaded cop who somehow gets custody of Clint’s daughter, Carly, when he goes to prison. When sharks begin causing carnage in the brackish waters of Lake Tahoe, the two must team up to keep their town – and daughter – safe from sharks, criminals, and darkness just below the surface.

This movie is truly a diamond in the rough.

Beyond the bull sharks and machismo of a Dolph Lundgren action scene, Shark Lake is a surprisingly feminist film that tackles heavy themes like redemption, respect, and parenthood with nuance and honesty that you wouldn’t expect from this class of popcorn movie.

Where to Watch: You can currently watch Shark Lake in the US for free on Hoopla, Tubi, Popcornflix, or VUDU Free.