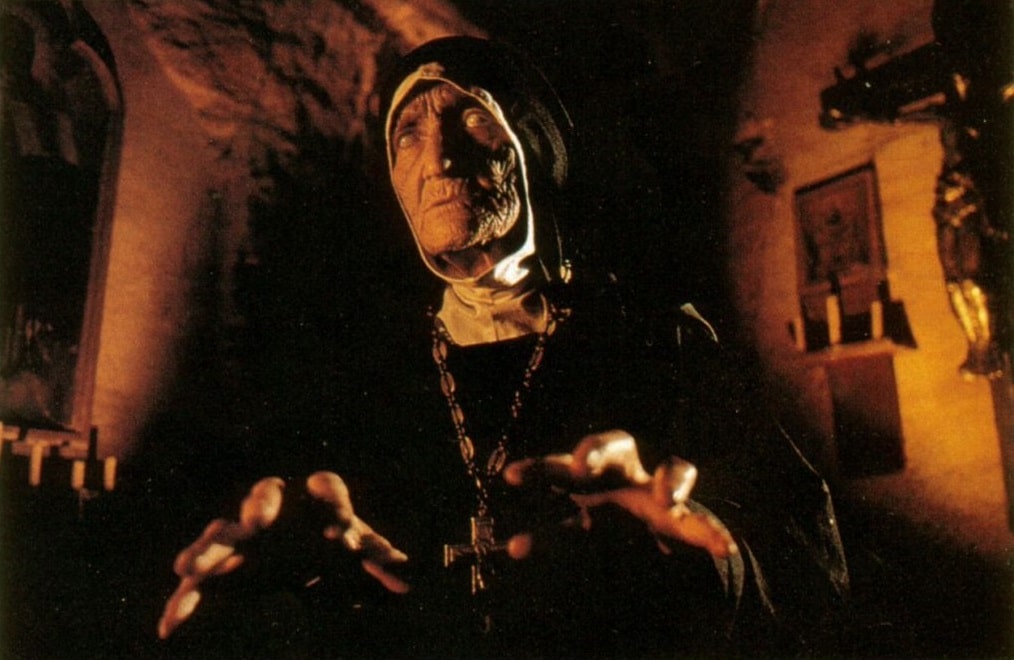 A woman uncovers the dark secrets of an isolated monastery where she was born. Let’s dig into 1993’s DARK WATERS, directed by Mariano Baino!

…and God said let your blood flow upon my son…

Ripe with creepy religious imagery, this film relies on blood and violence over the supernatural. However, there is no dearth of a Cronenberg-esque, fleshy, amoeba-like creature later on in the film.

This is a dark painting that comes to life. I didn’t really care about the story, I was just thrilled by the compositions and brush strokes of pure mayhem and ecclesiastical carnage.

The prologue, which is usually an out-of-context bloodbath or jarring bit of uber violence, is out of place only because it doesn’t measure up to the rest of the clergy chaos.

We jump from a monastery to a long-distance bus ride, and for some reason, some old lady is playing with spiders like they’re pet lizards. It brings back the terrible arachnophobia I’ve had to conquer thanks to my servitude to little humans. The scene with the blood flowing over the life-size crucifix created an echo in the opening of Tarantino’s Hateful Eight. 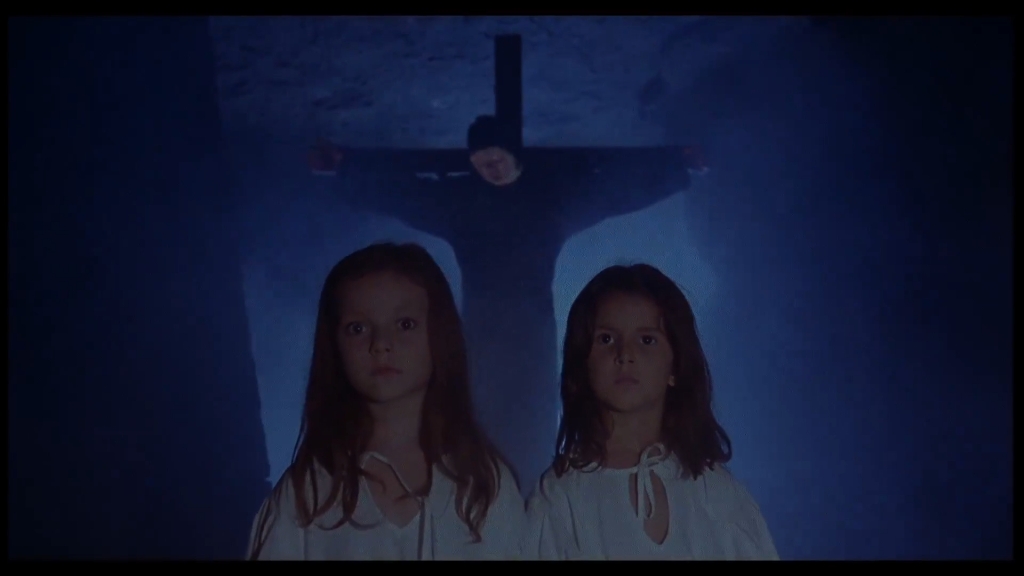 Some of the painting reminds me of legendary film poster artist Graham Humprhey’s, but without the accurate likenesses he pulls off.

Director Mariano Baino was dubbed as the next big Italian filmmaker, and I might have agreed if I had seen this film when it was released. Now it’s just a shame that it didn’t come to fruition. He has mainly worked on shorts since this film. Let him rise again!

The film is all atmosphere and a little bit of story, and I look forward to re-watching it whenever I feel my lack of faith filling up again and I need a dose of some sacrilegious shit.

You’d be hard-pressed to recognize any of these Iron Curtain actors.

Can you imagine how long it took to light all the candles in the cave system? The set decorators deserve a raise. 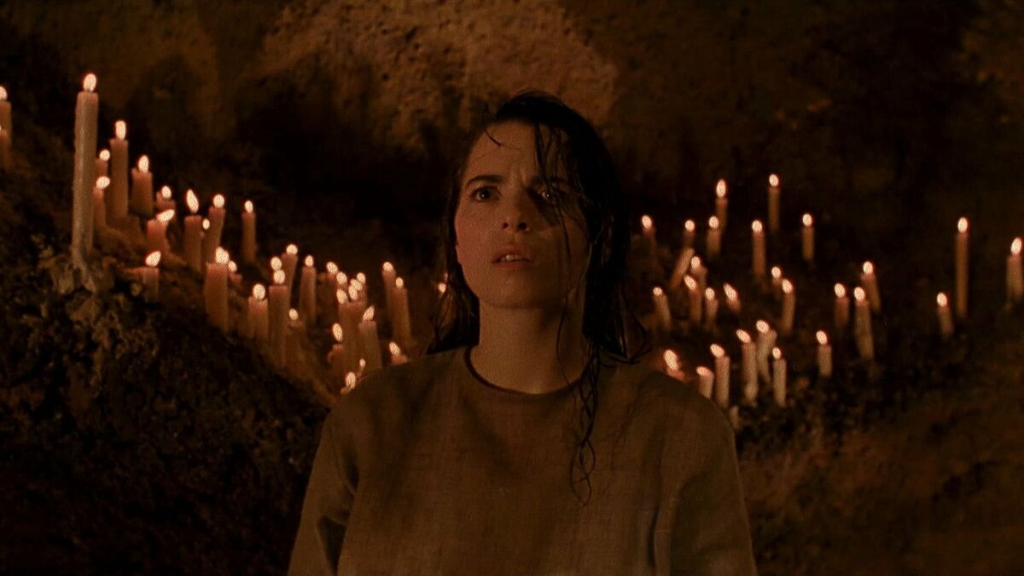 There aren’t many more satisfying images than watching holy people self-flagellate. Watching them punish their flesh suits over a shared delusion is beautiful.

I don’t want to compare it to the masterpiece that is Possession, but it has the same poetic flourish.

Severin Films released a Blu-Ray with a bunch of featurettes included. You can stream it on AMC +, Tubi, or Shudder.