Fans of Nunsploitation and twisted religious horror should appreciate the narratively strange but visually striking and thought provoking “Dark Waters”. 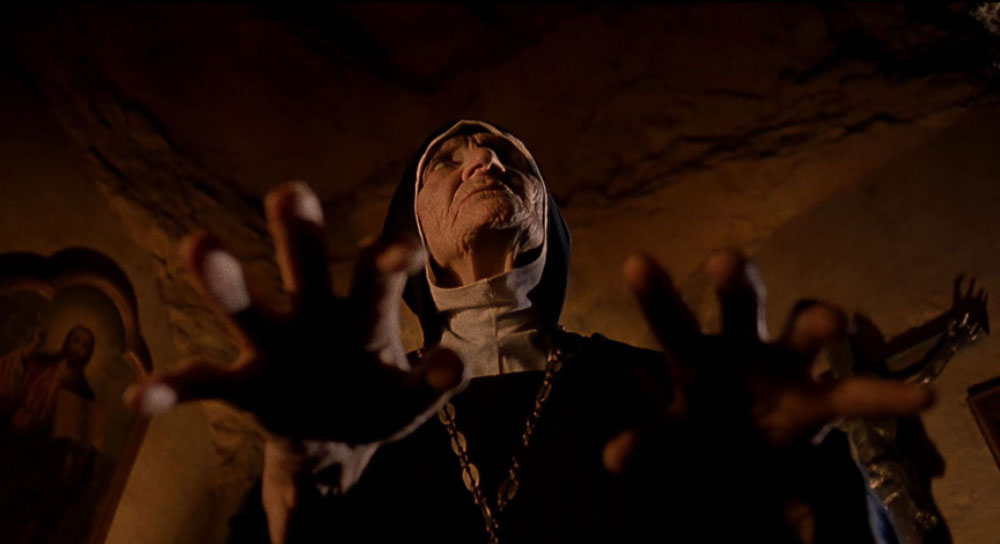 Nuns are all the rage in horror right now, but it isn’t a new concept. Let’s take a trip back to the 90s to revisit the strange and twisted Dark Waters, a Lovecraftian tale of a woman who travels to a monastery on an island after her father dies.

Elizabeth is haunted by intense and creepy visions of her childhood. She travels to the island where she was born and where her mother died during childbirth. Her father had been making payments to an isolated monastery on this primitive island, and Elizabeth hopes to reach into her past, to connect her to her visions and get to the root of them.

With long periods without dialogue, Dark Waters relies heavily on its intense atmosphere, and the impending sense of doom while watching never leaves you. 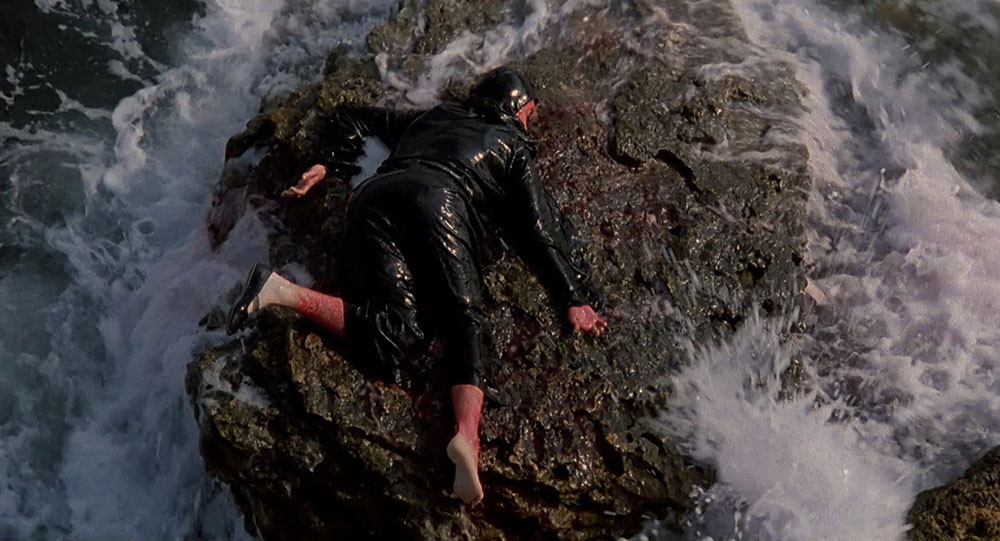 There is an intense storm in the beginning and throughout the film. There is no music to be found in the first several minutes, and the sounds of the storm are the only things that lend a hand to what’s happening on the screen. An interesting choice, but it actually keeps you more in the moment of what’s happening. When the score does eventually come in, it sets a perfect tone, but it’s used sparingly.

Director Mariano Baino is known for his use of light and shadow, and they are an incredibly important part of the tone for the entire film. The convent is located within a cave, where hundreds of candles are the only source of light. This effect is most obvious in the catacombs, where thousands of candles are lit. The lightness and the darkness tell a story in and of themselves, never showing us exactly what lurks in the shadows.

Some of the kill scenes are a bit dated, looking more like they were filmed in the 70s rather than the 90s. However, one of Elizabeth’s nightmares that included young children and a nun nailed to a cross was particularly chilling. Is Elizabeth having visions, or are these memories? Time is fluid in this half-fantasy world, and at times you’re not sure if what you’re seeing is actually happening. 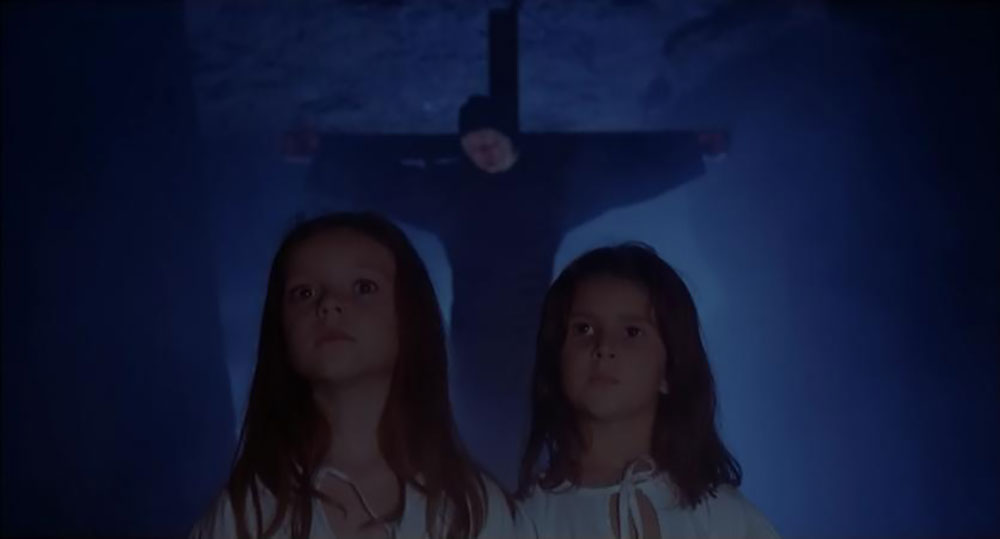 The larger theme at hand is not Elizabeth’s personal story about finding out the truth about herself and her mother, but about religion as a whole. Elizabeth’s friend Sarah remarks that churches are not what they used to be, that they have become commercialized. The nuns appear to be evil, but they are committing heinous acts in the name of keeping a more malevolent evil at bay. It’s up to your interpretation if Baino is taking a stance against religion altogether or calling it a necessary evil.

An atmospheric tale with amazing set design and somewhat impressive makeup for the time, Dark Waters is an eerie watch, even if at times its message is somewhat lost.

I like for most of my questions about a film to be answerable, and that’s not what I got here — but the film makes up for it in memorable scenes and complex themes. You’ll be thinking about the film’s true meaning long after the credits roll.

Editor’s Note: Weird Wednesdays is a new ongoing series in collaboration with our incredible friends at All Horror, the ultimate online horror database. Come back the first Wednesday of every month for more great recommendations for wonderfully strange, often overlooked horror gems from the vault.