A high concept mess, it’s like common era MTV threw up on a sound stage and everyone ran around on a neon drug trip and hair spray high. 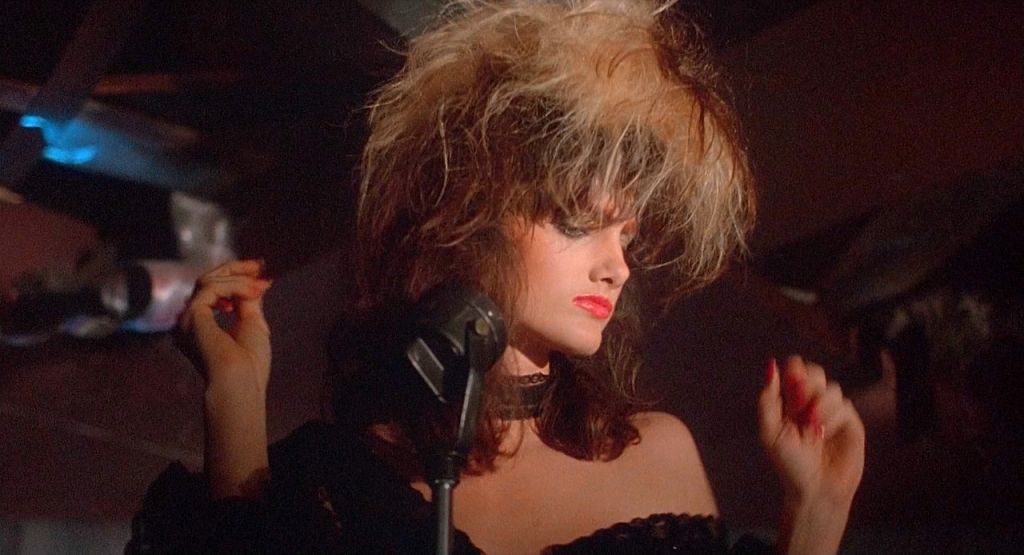 A band lands a big gig in a far away galaxy and must race to make it in time, but aboard their ship is a murderous monstrosity. Let’s dig into 1986’s “Vicious Lips”, directed by Albert Pyun!

What it doesn’t have is a cohesive story.

There was some schlocky ‘so bad it’s good’ promise, but once we got aboard the spaceship in that second act the film fell off a cliff. Boring and devoid of substance, we float around with exterior ship shots that are something to behold. George Lucas was probably taking notes on this one.

The special effects makeup moves the needle slightly back towards redeemability, with some work from the late legend John Carl Buechler. Unfortunately, it’s not enough to salvage this interstellar sludge. 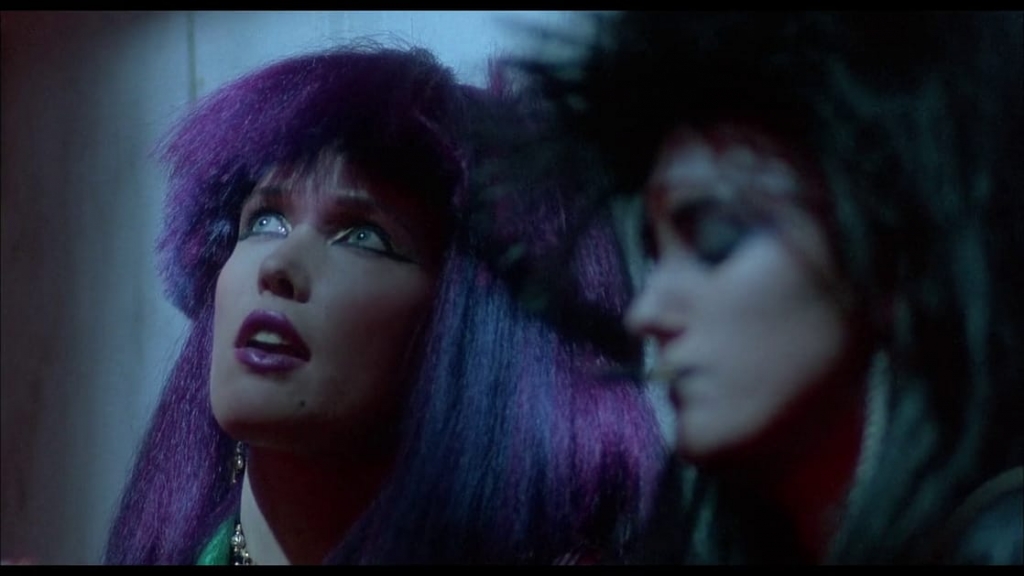 With enough hairspray to send the whole film up in flames, it’s a wonder it didn’t, especially since they have characters smoking in space.

I genuinely don’t know what Pyun, whose output reminds me of the genius but conflicted David Choe, was trying to do here — besides putting feet of film out for no other reason than saying he did.

We bring it all to a close with an MC that’s an Aardvark?

The cast pops up in some other genre films but not many.

Linda Kerridge (Wynzi) was in a dig favorite, Fade to Black, as Marilyn.

Tanya Papanicolas had a few bit parts here and there (Desert Siren 2/Human Hocker/Woman Driver) and was also in Vamp (1986) and Blood Diner.

Gina Calabrese (Bree Syn) was in another dig film, The Dungeonmaster. 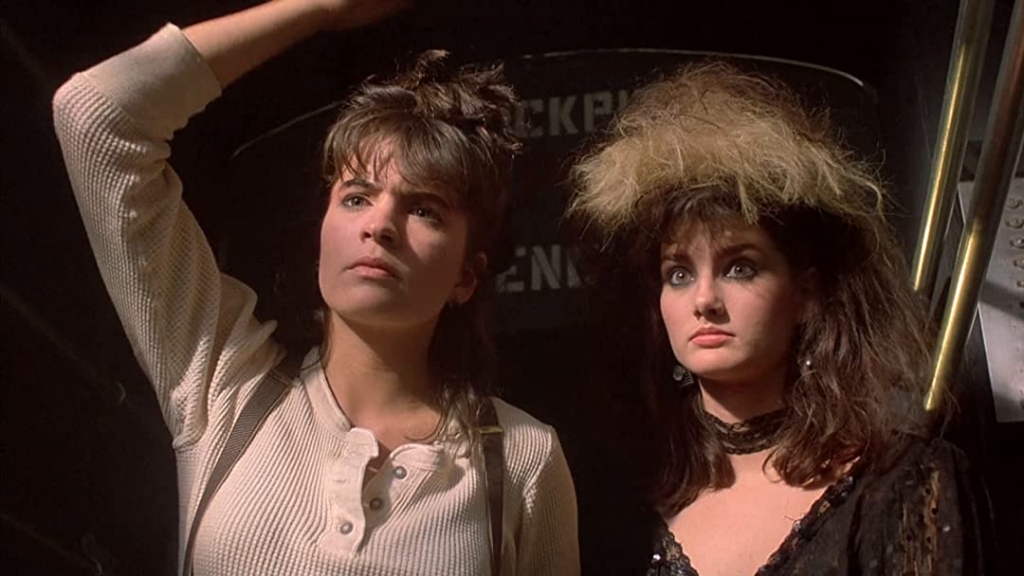 If you have a thing for the 80’s tower of hair…the Motley Crüe mane…this is the cast for you.

The premise is so absurd and the execution so poor, you could go anywhere with it. Half-assed Alien knockoff, or neon fever dream; either would work.

Shout Factory released a Blu-ray which has since sold out. You can also stream on Amazon Prime, Tubi, and Epix.