Five On It: Something Wicked This Way Comes

One theme, five killer films. We venture off the beaten path to conjure up five spellbinding films about witches worth adding to your watch list.

It’s Halloween, and we all know what that means…time to watch Hocus Pocus for the 40th time! But if this year you find yourself longing for something beyond the typical Sanderson Sisters antics, you’re in luck, because there is no shortage of witches and wizards on your favorite streaming platforms to charm you this October.

The archetype of the witch is ever evolving; we’ve certainly come a long way since the haggard old woman with the pointed hat cackling over a bubbling cauldron. Witches can be good or evil, old or young, ugly or beautiful, male or female…and often they’re just misunderstood. The enduring success of Robert Eggers’ The Witch has proven that our appetite for black magic and hexes is as alive as ever. And seeing as how witches have been cultural obsessions for hundreds of years, it’s unlikely they’ll be going anywhere soon.

If you’re looking for something wicked to watch during the witching hour this Halloween, consider invoking one of these five films. 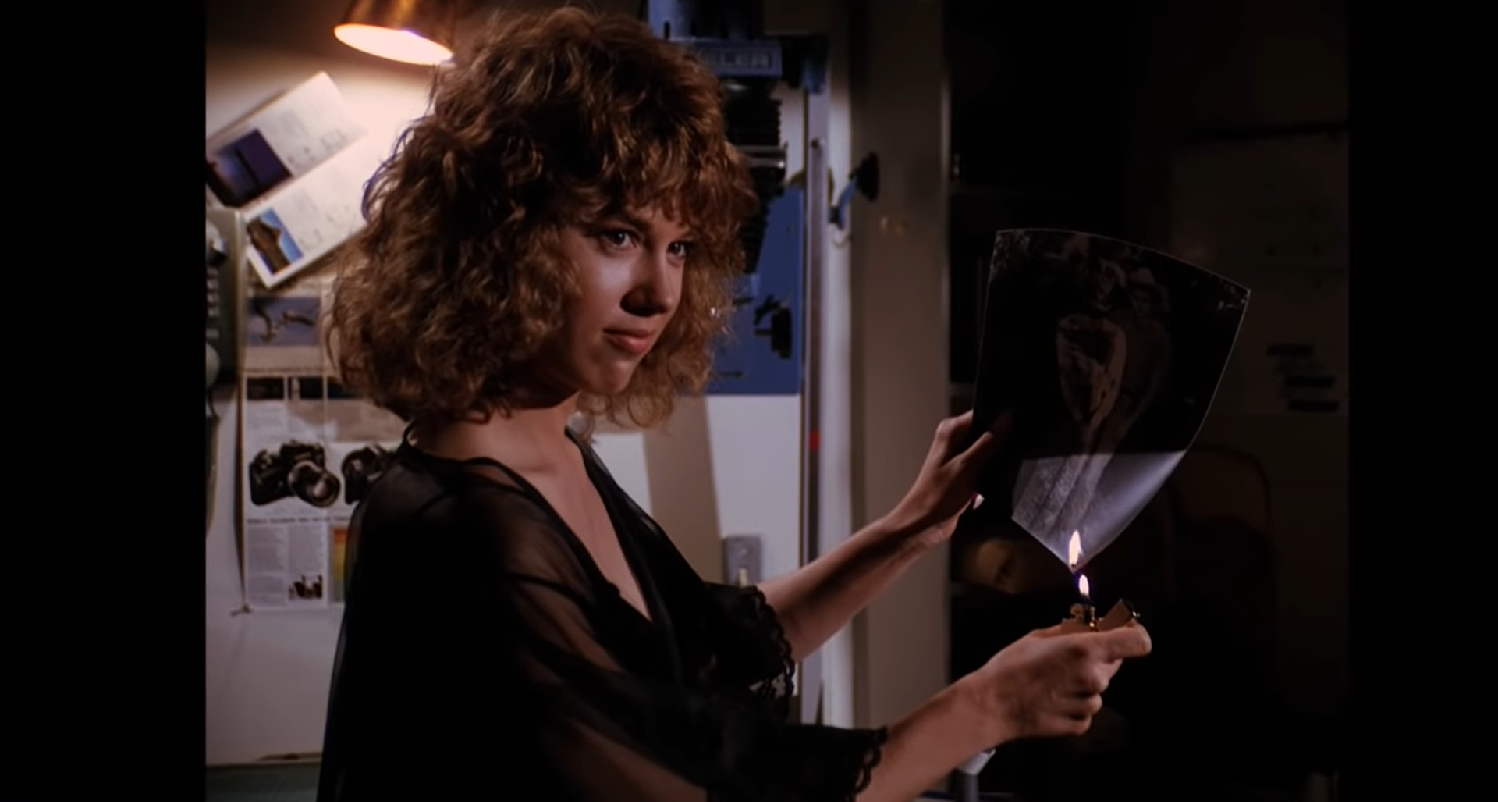 Poor Linda Blair, she just can’t catch a break! First her body is inhabited by a demon, then her house is invaded by a witch.

Five years after she became America’s possessed sweetheart in The Exorcist (1973), Wes Craven took her on board for his 1978 TV movie Summer of Fear (initially called Stranger in Our House), which premiered Halloween night on NBC.

Blair plays Rachel Bryant, a happy teenage girl who has it all — a loving family, a handsome doting boyfriend, and a sprawling ranch house where she can ride her favorite horse. One day, Rachel wakes up to find out that her aunt and uncle have died in a horrible car crash, and her parents must rush off in a hurry to attend the funeral.

When they return, they bring an unexpected guest along — Rachel’s poor orphaned cousin, Julia. It takes some adjusting to get used to the new presence in the house, especially since no one has seen Julia since she was a little girl. 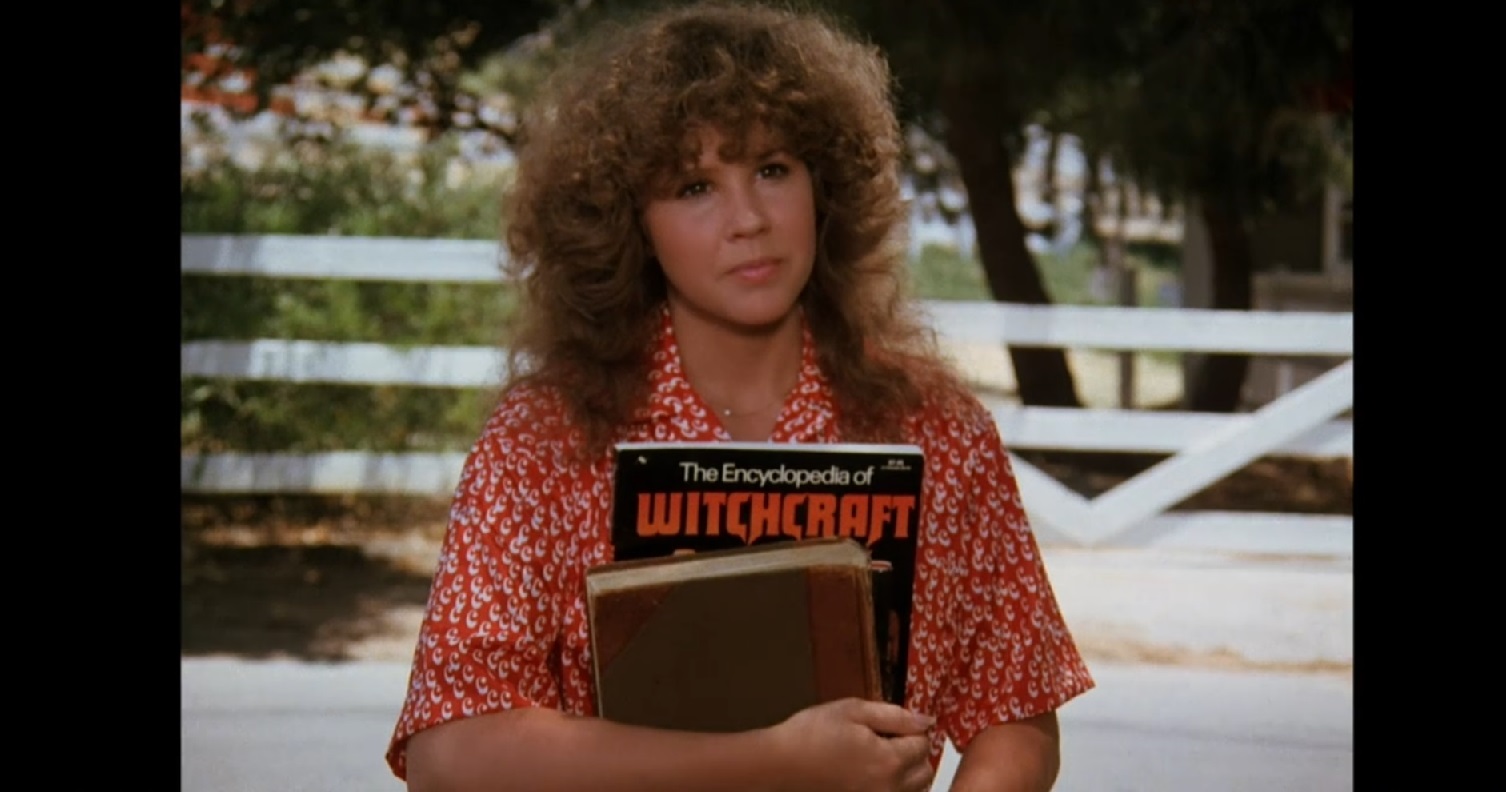 Rachel is excited to have a friend to hang out with, though Julia seems a bit awkward at first. Soon, however, Julia’s awkwardness transforms unexpectedly into an alluring charm that no one can seem to resist, including Rachel’s parents and boyfriend. As Rachel watches her mysterious cousin slowly take over her life while her own misfortunes pile up, she starts to suspect that Julia may be up to something sinister…or perhaps that she may not be her cousin at all, but an evil witch attempting to usurp her life.

The film was not particularly well received, and probably rightly so; it doesn’t pack near the punch as Craven’s other works, and the performances are generally underwhelming at best. Yet, it stands as an enduring monument to the late 1970s/early 1980s, which is currently undergoing a nostalgic renaissance thanks to pop culture phenomena like Netflix’s Stranger Things (though Summer of Fear reminds us about the painful realities of the fashion of the time.)

The plot is where the movie has the most going for it, driven primarily by frustrated teenage angst amped up by a rival who gleefully sabotages everything just because she can. Quality aside, this is a must-see for fans of Wes Craven fans or Linda Blair (or for any fans of Fran Drescher, who gets a small part as Rachel’s best friend in one of her very first roles.)

Watch for free on Amazon Prime or Tubi. 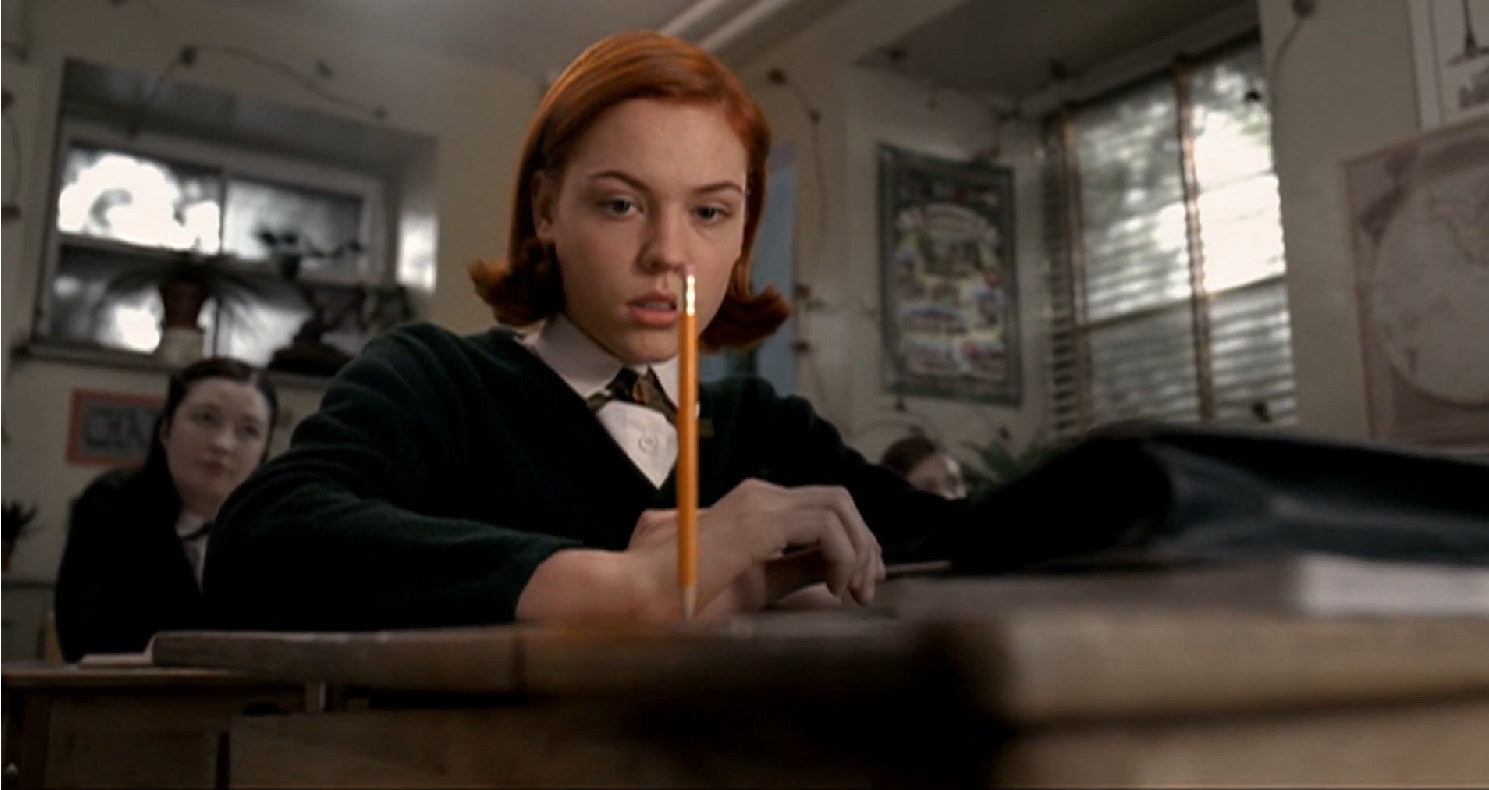 Four years after releasing his super weird, super creepy cult favorite May, director Lucky McKee followed up in 2006 with another strange story of female ostracization, The Woods.

The movie takes place in 1965, when a delinquent teenager, Heather, is sent off to study at a prestigious girls boarding school deep in the New England woods. Heather is cynical, jaded, and snarky, though apparently extremely talented. Thus, she is welcomed into the school with open arms, despite her parents’ financial constraints.

Her experience at her new school is an uncomfortable one, as she rubs teachers and a few other students the wrong way. Meanwhile, legends about the school’s troubled history — including suicide attempts, students being committed to mental asylums, and witches lurking in the woods — make for unnerving bedtime stories. 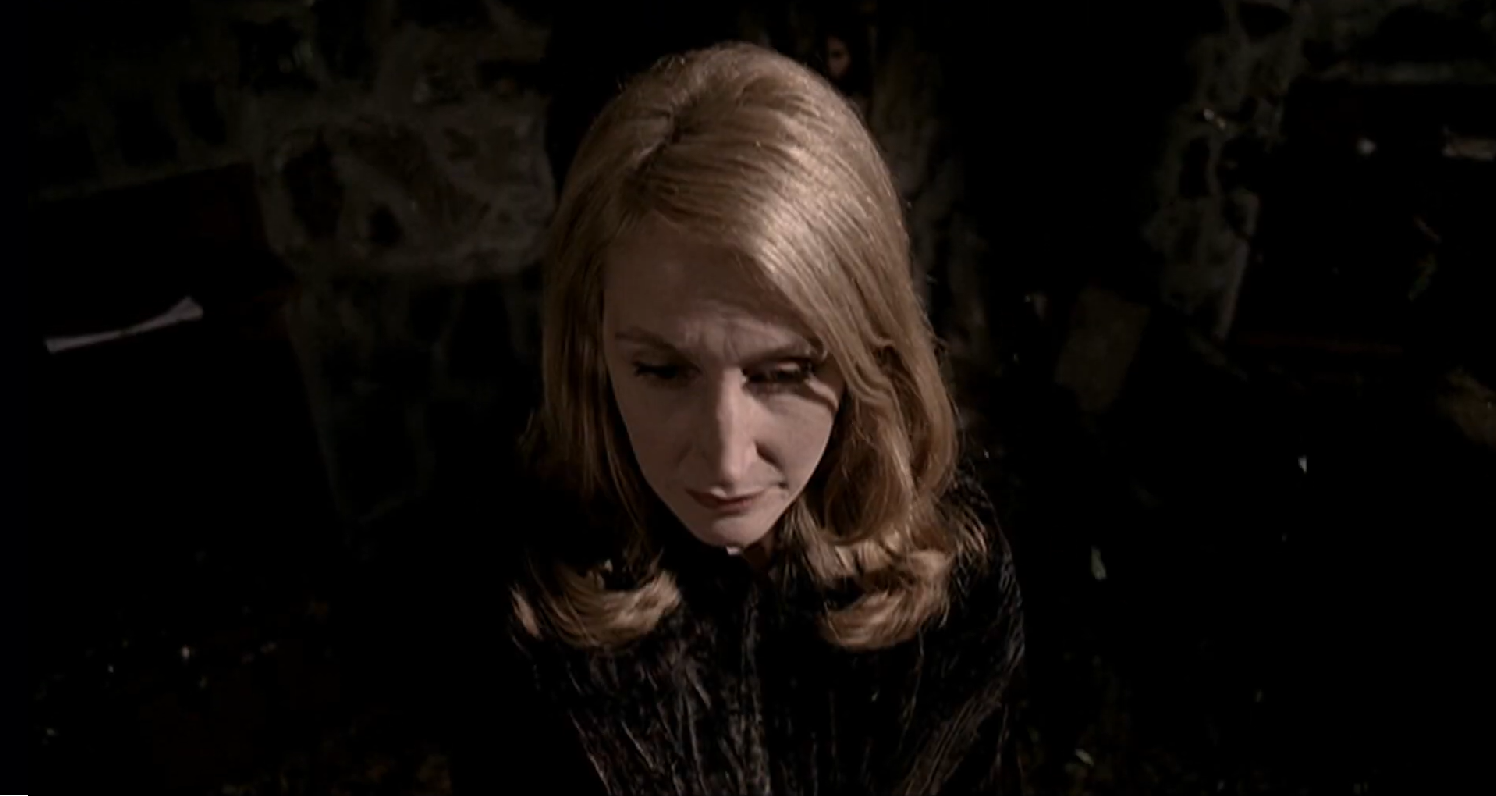 Eventually, Heather befriends some fellow outcasts and tries to make the best of things. However, it gets harder to ignore the weird things going on at the school, especially the increasing number of girls who begin acting strangely and then disappearing in the night. Heather is also increasingly disturbed by her own emerging powers, and starts to wonder if maybe those spooky stories about witches in the woods are more than just silly school lore.

Harry Potter lovers might appreciate The Woods’ Hogwarts-esque atmosphere (if Hogwarts was overrun by Slytherins). A spiritual descendent of films like Susperia — though without the artistic flourish or timeless beauty — the film’s inevitable goal of revealing that the school is run by witches is pretty readily apparent from the get-go. However, anticipating the end result doesn’t necessarily diminish the journey. In fact, The Woods can be kind of convoluted at times, more of a meandering trek down a dark forest path than a straight shot from point A to point B.

This lower budget, straight-to-DVD flick is one you may have totally overlooked when it came out in 2006. But it boasts a pretty solid cast for a little known B movie, including Academy Award nominee Patricia Clarkson as the headmistress and Bruce Campbell as Heather’s father.

Watch for free on Amazon Prime or Tubi. 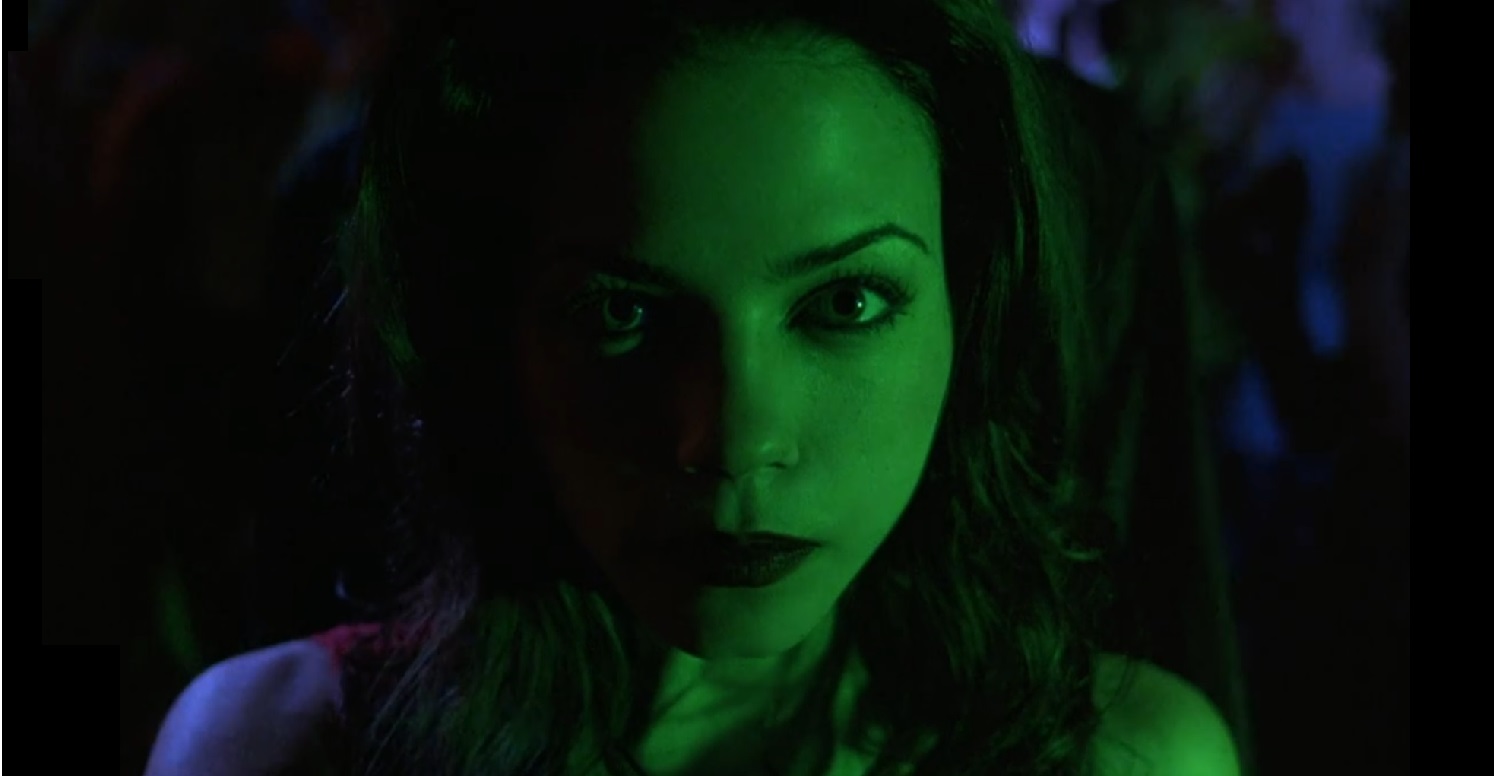 If trashy, clichéd, low-budget flicks are your guilty pleasure, then look no further.

Tamara was panned at the box office when it was released in 2005 and lives on as a fun throwback to the campy sexy teen screams of the day. Chock full of sex, seduction, witchcraft, and revenge, Tamara is a sort of conceptually stitched-together combination of The Craft and Carrie, and Fatal Attraction, with an extra dose of cheesiness for good measure.

After Tamara, the dorkiest girl in class, writes an editorial for the school newspaper exposing steroid use among school athletes, a group of popular kids concoct a cruel scheme to teach her a lesson. The group figures out that they can exploit Tamara’s desperate crush on her English teacher, Mr. Natolly, and they trick her into thinking she’s going to meet up with him for a passionate liaison.