The Daily Dig: Something Wicked this Way Comes (1983)

Ray Bradbury inspired so many horror legends with both this book and film that it is a must-watch for genre fans everywhere. 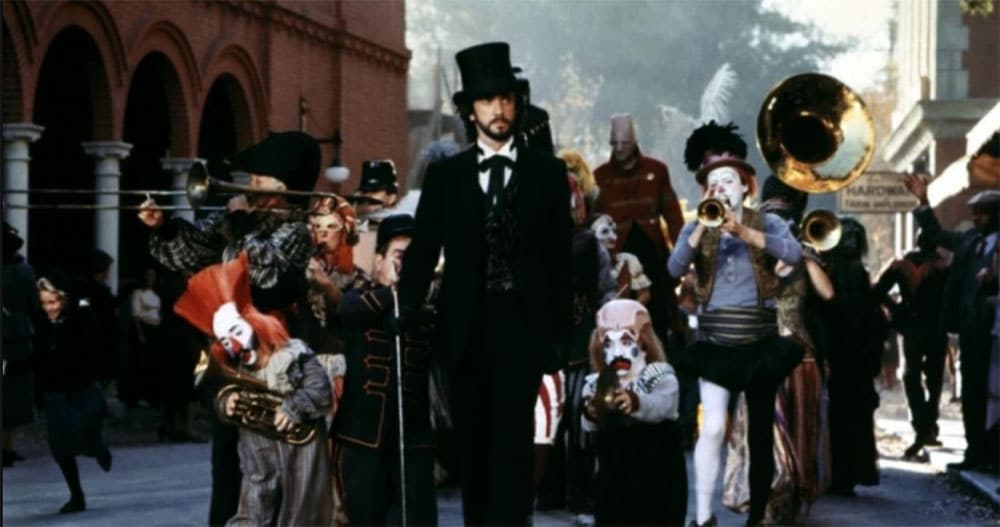 An evil circus descends upon Green Town and two young boys do their best to save the town. Let’s dig into 1983’s “Something Wicked This Way Comes” directed by Jack Clayton!

When I was younger, my grandmother taped the movie Labyrinth off HBO for me. The only problem was she mislabeled it. So, for most of my youth, I thought Labyrinth was actually Something Wicked This Way Comes. It wasn’t til around ten years later that I saw this film properly. And what I recall most is being terrified of the end carousel scene when Mr. Dark ages rapidly.

Jonathan Pryce plays a fantastic villain. His demeanor is truly menacing and he makes you believe he actually runs an evil carnival.

A whimsical James Horner score (which replaced a darker score that was originally planned) helps the film walk the line between child fantasy horror and a more adult tale.

Ray Bradbury was able to bring terror to idyllic settings like no other, and perhaps his Green Town series was his best marriage of those properties. 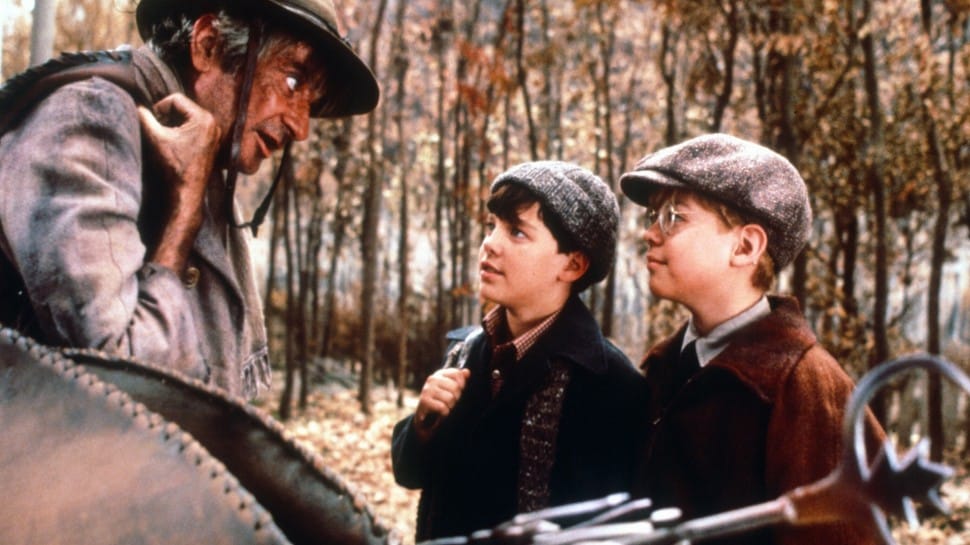 The rumor is that Stephen King wrote a rejected screenplay for the film, but being that Bradbury handled script duties himself — it was after all conceived as a screenplay first with actor Gene Kelly before Bradbury expanded the idea into a novel — I’m not sure how true that is.

An odd thing I noticed, later in the film when Mr. Dark confronts Mr. Holloway, he has tattoos of the boys on his hands. And the palm with Jim’s face looks oddly similar to Pamela Voorhees (Betsy Palmer).

“We suck that misery and find it sweet.”

Jason Robards (Mr. Holloway) has a storied career that I remember him most for his role in Little Big League, the baseball movie that has his grandson owning and managing the Chicago Cubs.

Jonathan Pryce (Mr. Dark) has played a prince (Philip in The Crown) a pope (Pope Francis in The Two Popes), Don Quixote, and the High Sparrow in George R. R. Martin’s Game of Thrones — as well as many other memorable roles. 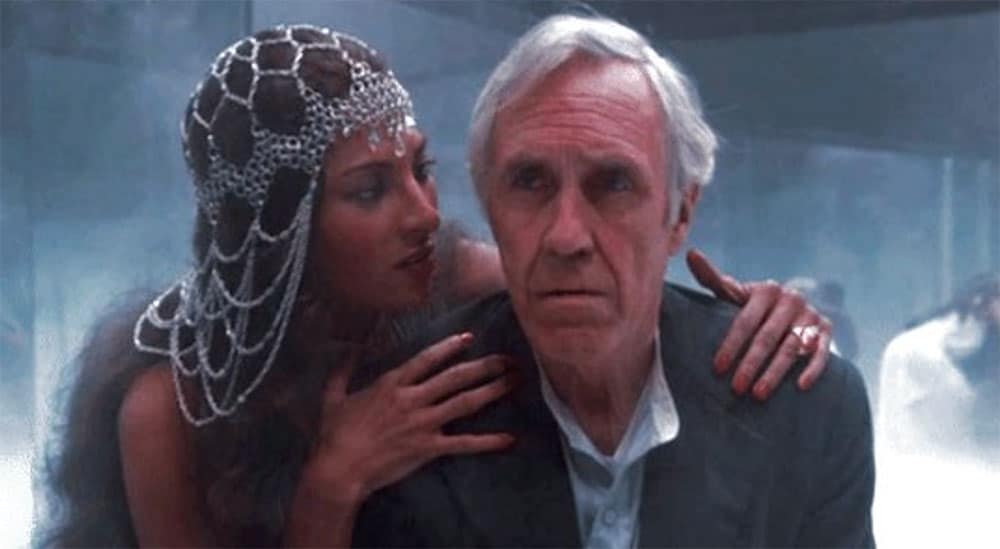 Mrs. Foley is rumored to have been the most beautiful woman in town, in her earlier years, and the casting was strong for her young iteration (Sharan Lea). But any film with a young Pam Grier in it has to immediately cede the title for this section to her.

There were rumors and announcements of a new adaptation but nothing has materialized from that yet.

There was a low-budget British adaptation in the early seventies that isn’t worth hunting down. Another adaptation of the story was featured in the series The Ray Bradbury Theater which originally aired on HBO before switching to the USA network. There was a total of 65 episodes, with Bradbury involved in all of them, that are now available to stream on multiple platforms including Peacock and The Roku Channel.

Disney released a Blu-Ray as a Movie Club Exclusive which kinda seems like a newer version of the old Columbia House scam. If they are putting out quality titles like this, it may be worth it for cinephiles.