Aubrey Plaza gives the best performance of her career in “Black Bear” — a smartly scripted, well acted, and unexpected exploration of the creative process.

Black Bear is the kind of film that’s challenging to review. It’s best experienced knowing as little as possible going in, and I’m therefore reluctant to talk about the most surprising beats and tantalizing twists. Yet, sidestepping the way writer/director Lawrence Michael Levine subverts expectations and flips the script on his own narrative shortchanges the conversation about what makes this such a wholly unique and compelling work of art. I’ll do my best to walk that line.

The synopsis is deceptively simplistic: A female filmmaker at a creative impasse seeks solace from her tumultuous past at a rural retreat, only to find that the woods summon her inner demons in intense and surprising ways.

Without giving too much away, Black Bear is a clever commentary on the painful collision of art and life. 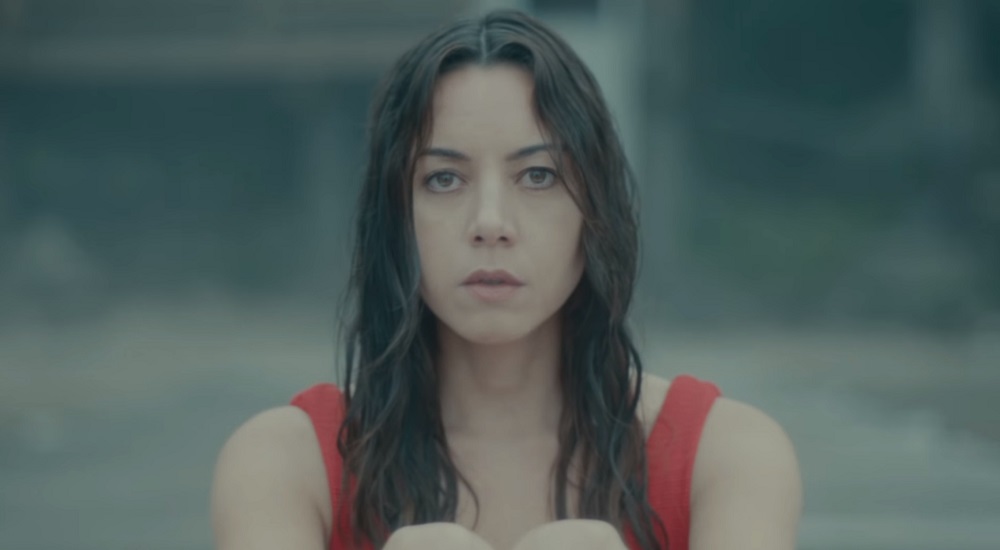 It’s a wickedly funny but deeply affecting deconstruction of the artistic process and all its disappointments — exploring that passions that drive, and threaten to destroy, creators.

Black Bear also examines the power dynamics in relationships and the way these personal relationships mirror the act of creating; the constant struggle to control the narrative and remake another person in your image. In art, as in relationships, there’s no such thing as objective reality; reality is shaped by our personal perspective. Given that conceit, a film that makes the audience question what’s real feels like an inspired construct.

Black Bear begins with a woman named Allison (Aubrey Plaza) sitting alone on a lakeside dock in a meditative state. A dread-inducing score follows her as she makes her way inside, sits down at a table, and begins writing in a journal.A handwritten notepad title card reads: “Part One: The Bear in the Road.”

We then rewind briefly to show Allison’s arrival at the lakeside country lodge. She’s greeted by the handsome owner, Gabe (Christopher Abbott). As he escorts her up the scenic path to the home, they exchange flirtatious banter. When they arrive at the lodge, Allison is surprised to meet Gabe’s pregnant girlfriend Blaire (Sarah Gadon). He’s quick to point out they aren’t married, and you can immediately feel the tension start to brew.

Gabe inherited the picturesque property from his family. When Blaire got pregnant, the couple decided to give up their failed artistic pursuits in the city — he’s a musician, she’s a dancer — and see if they could earn a living by using the property as a B&B or artist retreat. To test drive the idea, they put the word out among their friends that the lodge was available for creative types looking for a place to write or shoot a film. One of their friends shared the opportunity with Allison, an actress turned struggling filmmaker.

The location is perfect; the hosts, on the other hand, can’t hide the cracks in the foundation of their relationship. 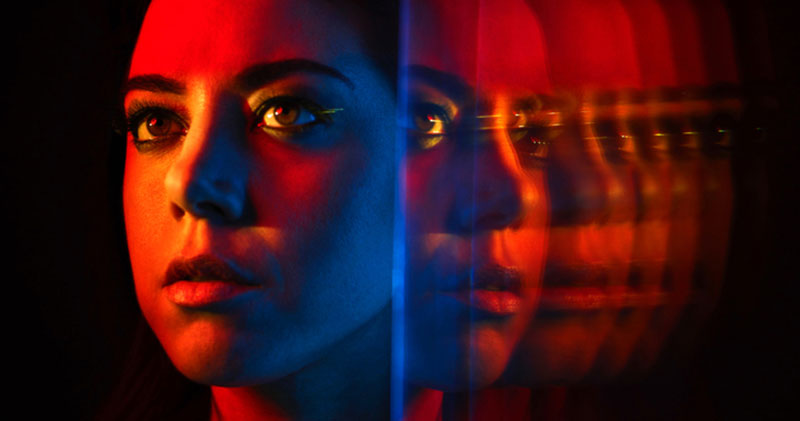 Over dinner, Gabe and Blair explain to Allison why they moved to the lodge and their plans for the future, bickering over every little detail of the story. The details may be small, but the argument reveals a significant chasm between them. They aren’t just arguing the finer points; they are arguing about very different versions of reality.

After dinner, the conversation turns to politics and ideology. Blair, a staunch feminist, strongly objects to Gabe’s ideas about traditional gender roles and the dissolution of the nuclear family. Gabe is sick of being labeled a male chauvinist for having a difference of opinion. After a heated exchange involving some brilliantly scripted commentary on current culture and existentialism, Gabe accuses Blair of not being able to stand that he has thoughts about the world. She coolly retorts, “It’s not that I can’t stand that you have thoughts about the world, it’s that I can’t stand the thoughts about the world that you have.”

Alison’s awkward attempts to ease the tension only make things worse. When Blair looks to her for support from the female perspective, Allison offers none. She rejects the ideas that her films are feminist and claims to have nothing to say, revealing she secretly wishes a man would come and rescue her, or that she could just get knocked up so she might have some purpose in life. A deeply offended Blair angrily retreats to her room, and Gabe goes to comfort her. She accuses him of being in love with Allison, which he vehemently denies. Yet, as soon as Blair falls asleep, he comes looking for Allison.

The fraught situation escalates into a series of explosive events before the screen abruptly cuts to black, and another handwritten title card informs us we’ve arrived at part two of the tale. 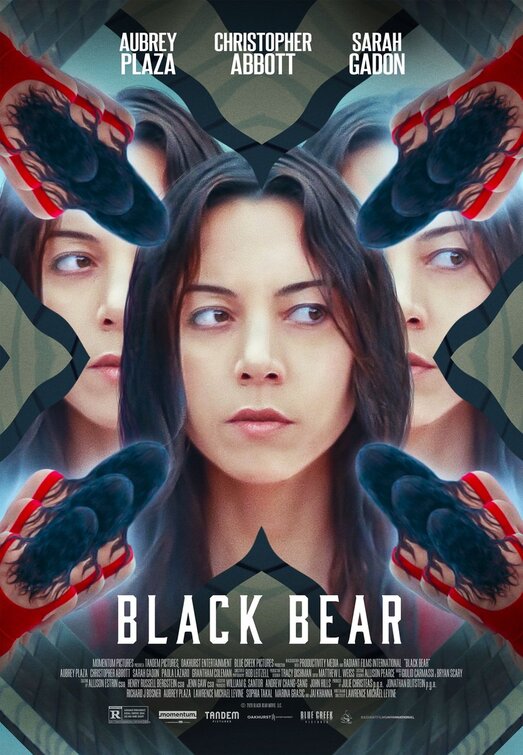 While the story continues to revolve around our three main characters, the dynamic between them has shifted in a fascinating way. New characters are introduced, and everything we thought we knew up until this point is called into question.

While both Abbott and Gadon are stellar in their respective roles, Plaza does the bulk of the heavy lifting in a career best performance. The unique structure of the film allows her to truly showcase her tremendous range, convincingly selling both the wry wit and emotional depth of her character. As the film races along its twisty trajectory, it’s Plaza that keeps the dreamlike frenzy grounded and the audience fully invested.

Challenging audience expectations in such a bold way, while asking more questions than you answer, is a risky filmmaking proposition. It may make you the darling of the festival circuit, where audiences hunger for the sui generis, but it often makes mainstream success more elusive.

So, if a film made by an artist about art and the art of making art sounds a little too meta and solipsistic (an accusation hurled at Allison by Blair, to which she replies, “Well, yeah”) for your tastes, this may not be for you.

If, on the other hand, the idea of a film that dares to explore what it means to create and find meaning in madness appeals to you, Black Bear delivers in spades. From beginning to end, it’s utterly insane in the most intoxicating way possible. The ending will either frustrate or thrill you, depending on your perspective — and that is entirely the point.