The western/horror hybrid “Near Dark” infuses fresh blood into a genre ripe with clichés, while never forgetting the light that can exist in the darkness. 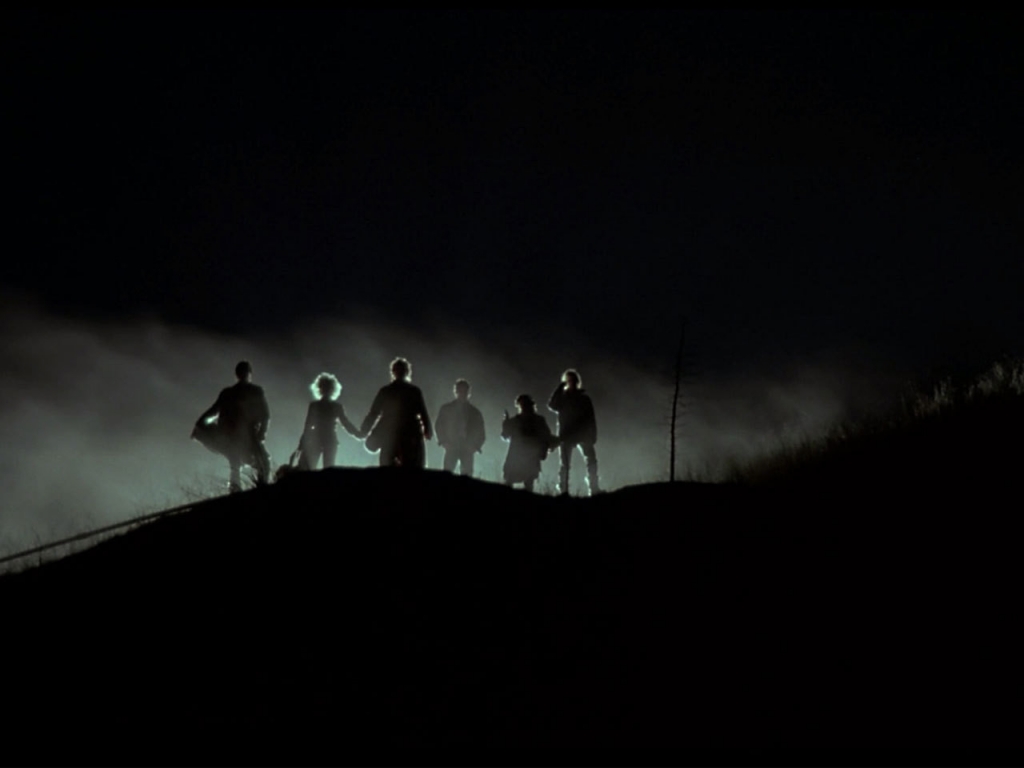 Places in the daylight are not the same after dark.

This concept was explored a few times in the 80s, with films such as After Hours, The Night Before and Miracle Mile. These films show a world that after dark is turned askew, peopled by a totally different breed than the daylight hours, operating by different rules, where the choices you make in the daylight are not the right ones in the darkness.

Something similar is done by Kathryn Bigelow in 1987’s Near Dark, except here the setting is not the city, and the people are not city dwellers. It is set in Oklahoma, a place filled with wide open spaces. It’s a landscape that seems from the past, that’s still yet to be claimed. A place where, after dark, you could fall in and disappear.

At the start of the film we meet Caleb, played by Adrian Pasdar, a small-town boy hoping for something better. He meets the mysterious Mae, played by Jenny Wright. They spend the evening together, they drive around, they fall in love. He tells her he hasn’t met anyone like her, and she agrees. They look up at the stars, and she tells him that the light leaving one of those stars will take a billion years to get down there. She says:

“You want to know why you’ve never met a girl like me before? Because I’ll still be here when the light from that star gets to Earth.”

While he’s taking her home, they kiss, and she bites him. 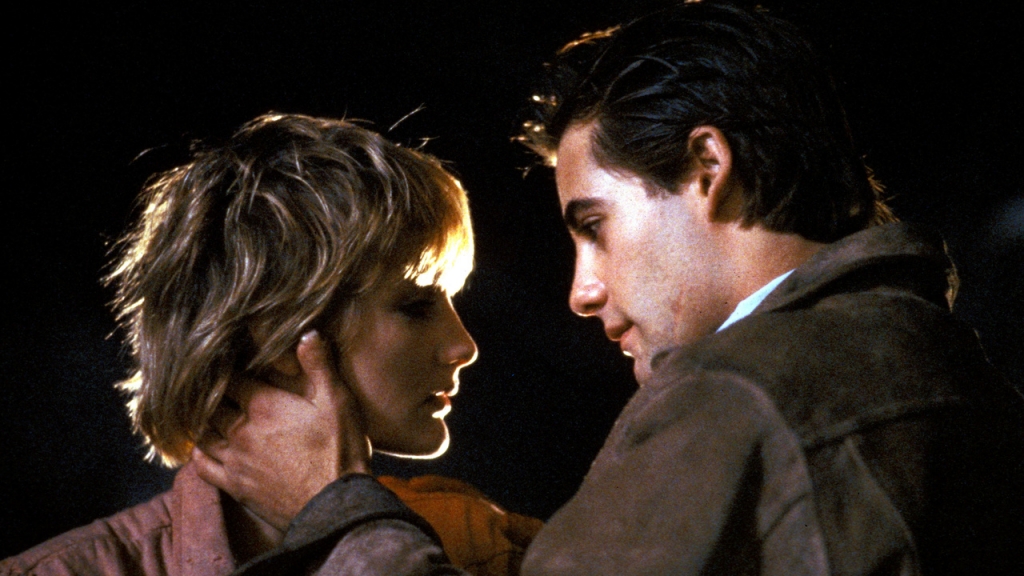 It’s after this that the film kicks into high gear.

Caleb struggles home as the sun comes up while smoke billows off him, and an RV comes speeding into view. A hand reaches and out grabs him, abducting him in front of his father and sister. It’s here the audience meets Mae’s family: Jesse (Lance Henriksen), Diamondback (Jenette Goldstein), Severen (Bill Paxton) and Homer (Joshua Miller), who is destined to be a boy forever. Caleb has endangered their existence, and they tell Mae that he has to hunt like them, or they will kill him.

We realize these aren’t vampires in the standard vein – the word ‘vampire’ is also never said in the film. We see how they live – figures relegated to the back roads and the shadows in the wide-open spaces. They are reduced to being nomads, scavengers. In one shocking scene, Homer pretends to be knocked down off his bicycle so he can feed on the blood of a concerned passer-by.

They are numbed by violence and blood, feeding from people as a means to survive. Though Severen seems to enjoy it more than the others, as demonstrated in the famous bar scene. He’s responsible for the film’s most famous quotes: “Finger lickin’ good!” and “I hate it when they ain’t been shaved!” 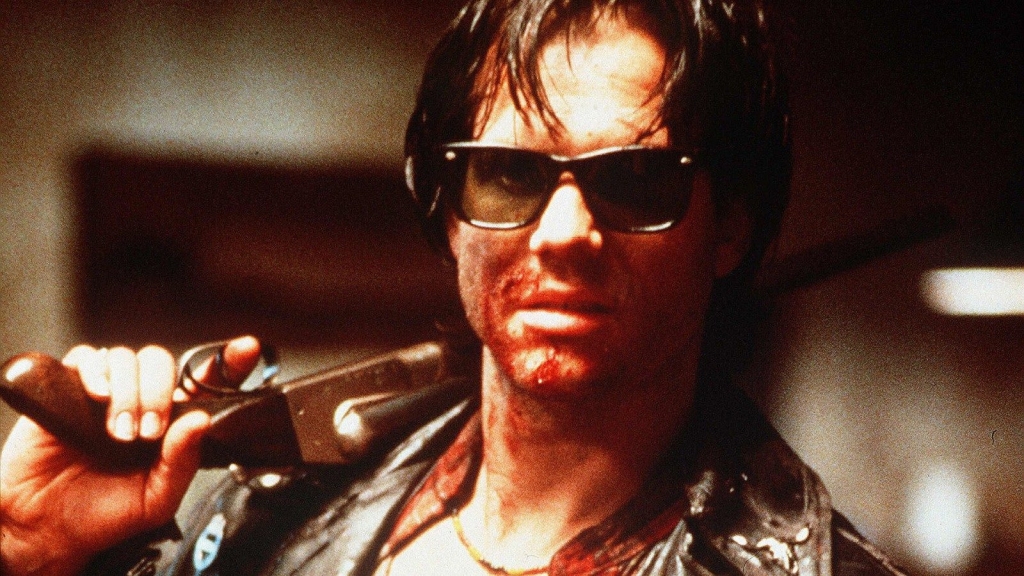 But despite this, we see they are a family.

They look out for one another. In some ways it’s a film defined by family: the nomad family who tempt Caleb into their dark way of living, and Caleb’s real family who are looking for him and offer the film’s subplot. Two families – one dark, one light. Eventually they are destined to converge, as Mae’s family tries to outrun the police as well as the daylight.

Near Dark didn’t fare well when released, coming out within weeks of The Lost Boys and then quickly being forgotten. That’s a shame because its mood is striking; ethereal and menacing, much like the film’s soundtrack by Tangerine Dream.

It’s a film with images that sear themselves into your brain — images like Mae letting Caleb feed off her while machinery drills in the background, Severen shooting through a door and daylight rushing in, and the bar massacre, to name a few. 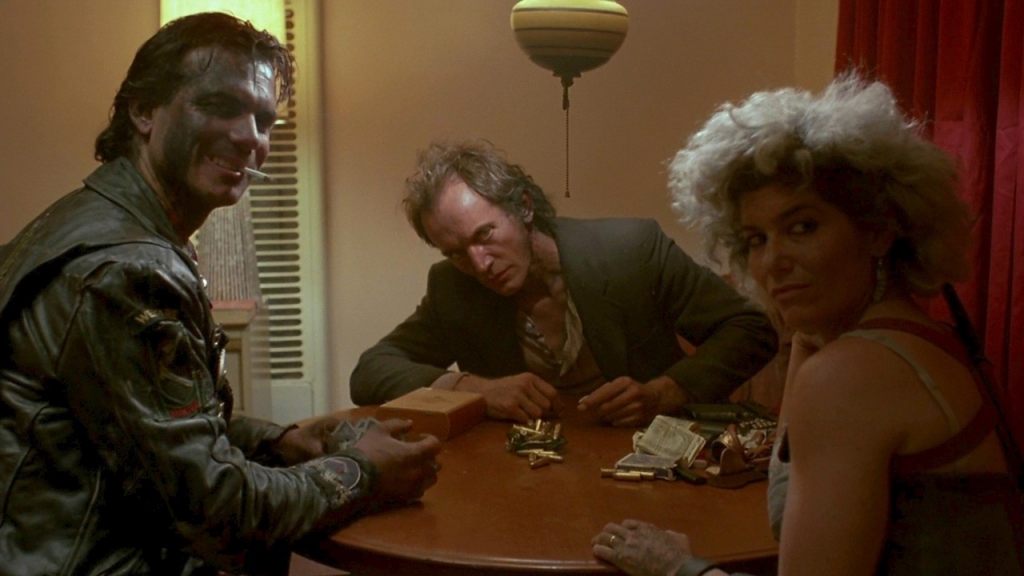 The screenplay by Kathryn Bigelow and Eric Red is lean and focused.

It doesn’t waste time with explanations.

It’s a western/horror hybrid that culminates in a western-style shootout; Caleb rides a horse into town, we watch a tumbleweed pass in front of him, and there is a standoff. Near Dark is also a love story between Caleb and Mae, which is innocent and never fully corrupted — even when Caleb comes close to being tempted by the darkness and the lifestyle.

Near Dark is a film that takes place almost entirely in darkness. Yet, it never allows itself to completely let go of the light.