We celebrate the most hated Halloween classic of all-time, “Halloween 3”, a film that gets judged unfairly because of a mishandled marketing campaign. 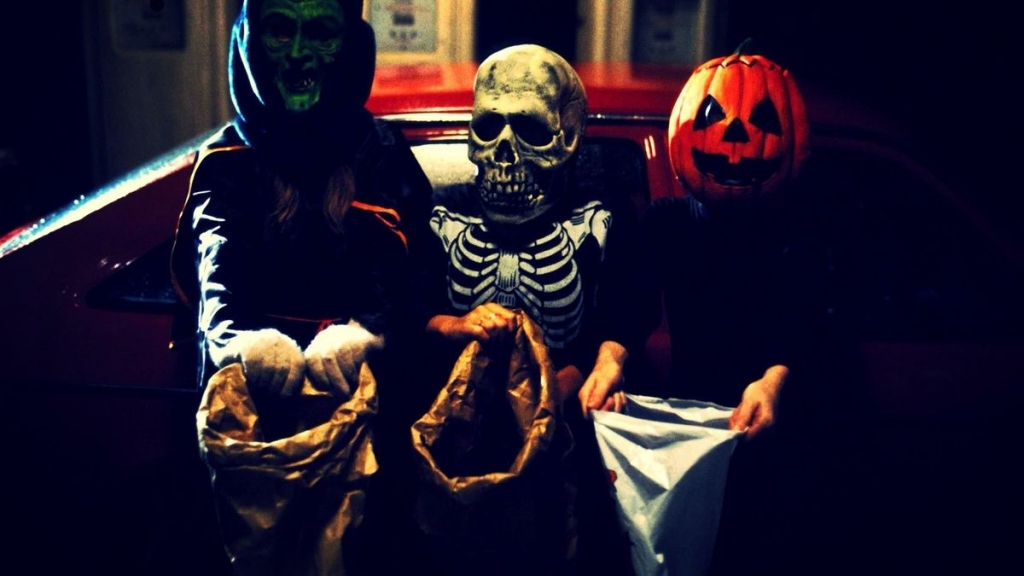 Perhaps the most fatal flaw made in any horror movie ever was creating a Halloween movie and not including its biggest star—Michael Myers. That, however, is exactly what Halloween 3 did.

The blunder was not the fault of Tommy Lee Wallace, Debra Hill, or John Carpenter. In fact, part 3 was actually supposed to be the first installment of a new anthology series of horror films that centered around Halloween night. It was not intended to become the third film in a slasher franchise, as Michael Myers was supposed to have been killed off following part 2. However, producers underestimated the appeal of The Shape. When Halloween 3 opened, but failed to produce Michael Myers, the fans and critics just never got it.

The reality of the situation was that Halloween 3 would have likely been much more successful if it had just been renamed.

The botch may have been the greatest error in horror movie making of all-time, but that doesn’t change the fact that Halloween 3 is in fact an awesome Halloween movie.

To truly understand the awesomeness of the 1982 movie, one must understand what had existed before the latex mask was created. From about the late 30s to the early 80s, boxed Halloween costumes, created by Ben Cooper Inc., dominated the holiday. They were affordable and offered a variety of pop culture dress up options. The latex mask, however, was new and expensive to purchase. 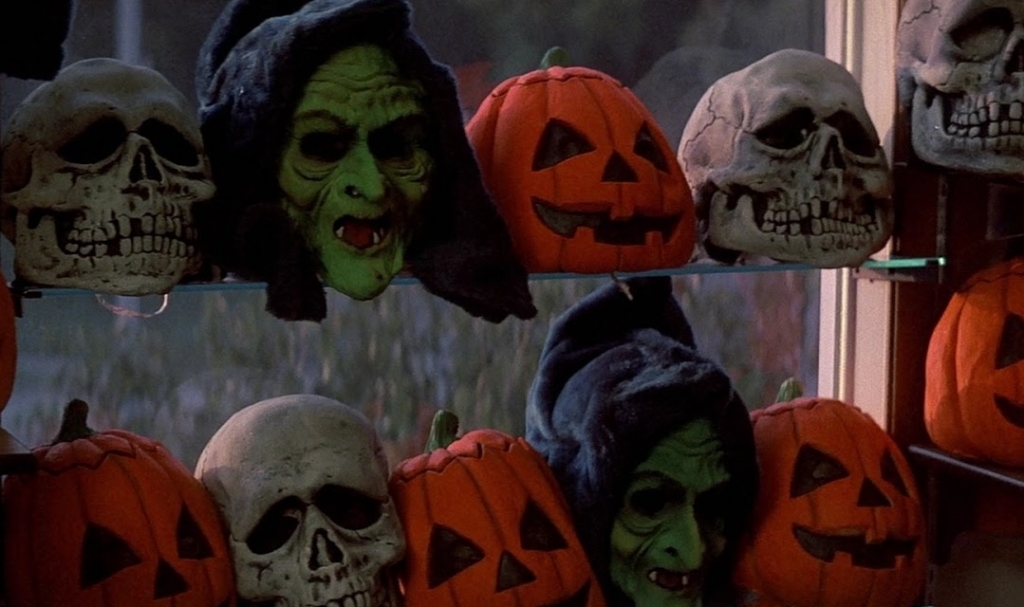 In the story created for Halloween 3, the latex jack-o-lantern, witch, and skeleton masks were something different and made affordable by Conal Cochran. This caused both appeal and demand by the children of the time. Of course, it was revealed later that the reason the masks were made so affordable was to ensure every child could have one — in an effort to take over of the world. The movie also gets into some of the actual history that led up to the holiday, including it being a Celtic celebration with human sacrifices that occurred on certain star alignment at the end of harvest.

The movie has its fair share of deaths as well. Anyone that attempted to reveal Conal Cochran’s big secret was eliminated. A character called “Little Buddy” and his family were also killed as part of the experimentation to make sure the product would work correctly.

When “Little Buddy” is killed, he is wearing a jack-o-lantern mask that begins to rot. As it rots, snakes and bugs begin to crawl from it. There is also a graphic scene of a lady that attempts to tamper with the Silver Shamrock seal on a mask. In addition there are also scenes that include eye gauging, a drill to the head, and characters being lit on fire. These scenes help to keep up the gore factor that some horror fans desire along, with a respectable kill count.

One of the other staples that super horror fans come to count on is sex, and yes, this movie has that too. Doctor Challis (Tom Atkins) ends up cheating on his wife with a young Ellie Grimbridge (Stacey Nelkin). Of course, they only had a single bed room, so this was unavoidable. 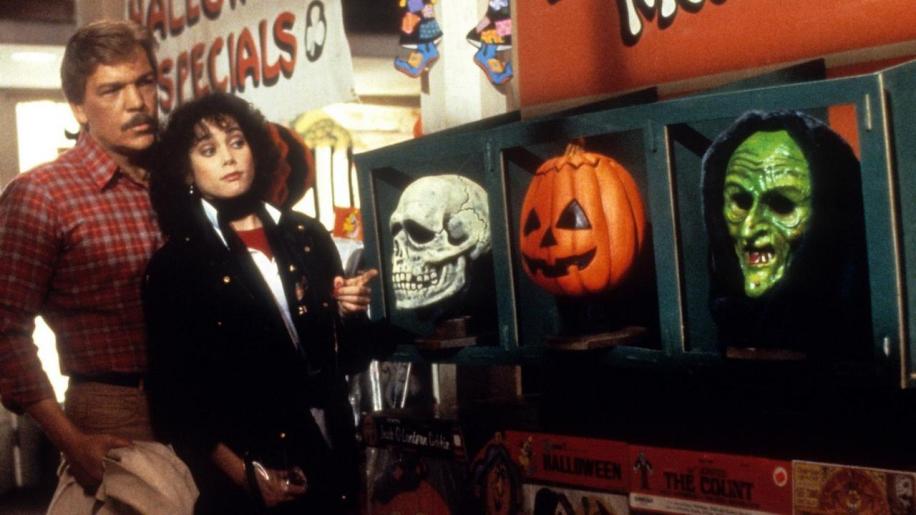 All good horror movies also have memorable characters, unforgettable lines, and/or a song/jingle. That is where this movie excelled. As part of their “Horrorthon” giveaway advertisement on the television, the company unleashed a jingle that, once inside the brain, became unshakeable. Essentially it goes like this:

As Halloween got closer, the jingle would change to reflect the number of days until the big event. After seeing the film, the jingle is guaranteed to be locked in your head for at least two weeks.

In addition to the big surprise at the end of the count down, it is also revealed that Cochran’s men were not really human assassins, but programed robots/androids that could both kill and self destruct. The fact that the robots can kill tends to lean the movie away from science fiction and more into a horror film.

The entire fictional town of Santa Mira, CA, is also its own character. To sum it up, it is creepy — and so are its residents. They do not like outsiders and completely embrace Conal Cochran’s presence in its town. The town looks like one found in the movies Children of the Corn and Wax House. There is a feeling of someone always watching, and whether it is the residents or “Big Brother” is irrelevant. 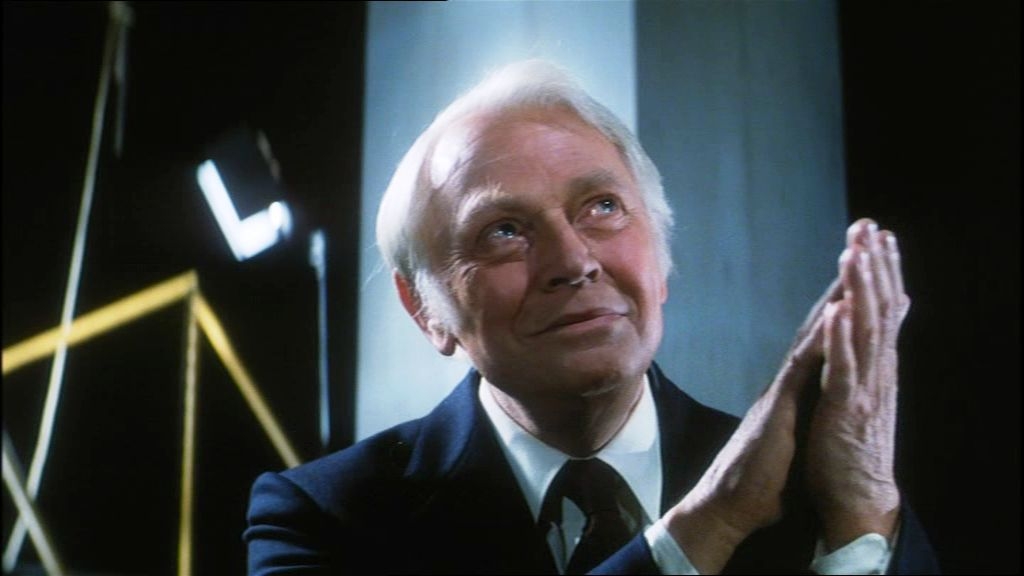 The town is run by the toy/mask maker. Conal Cochran provides the police and medical assistance in the town. He also set a curfew for the all the people. The residents of Santa Mira follow his lead because Cochran “takes care” of his people.

Between the town, robots, jingle, killing, sex, gore, masks, and Halloween history lies a fun horror movie that should be celebrated not shunned.

One must understand where technology for special effects and mask making was in 1982. Once the viewer can grasp that, what is left is a pretty cool Halloween movie. Oh, and you must be able to get past that little thing of looking for Michael Myers to make an appearance (although he is on the television). No one is arguing that this is a film that should be recognized by the Academy. But I am arguing that it deserves m