The suspenseful 1982 horror film “Next of Kin” will make you wonder if anyone or anything can ever be fully trusted, including your own sanity. 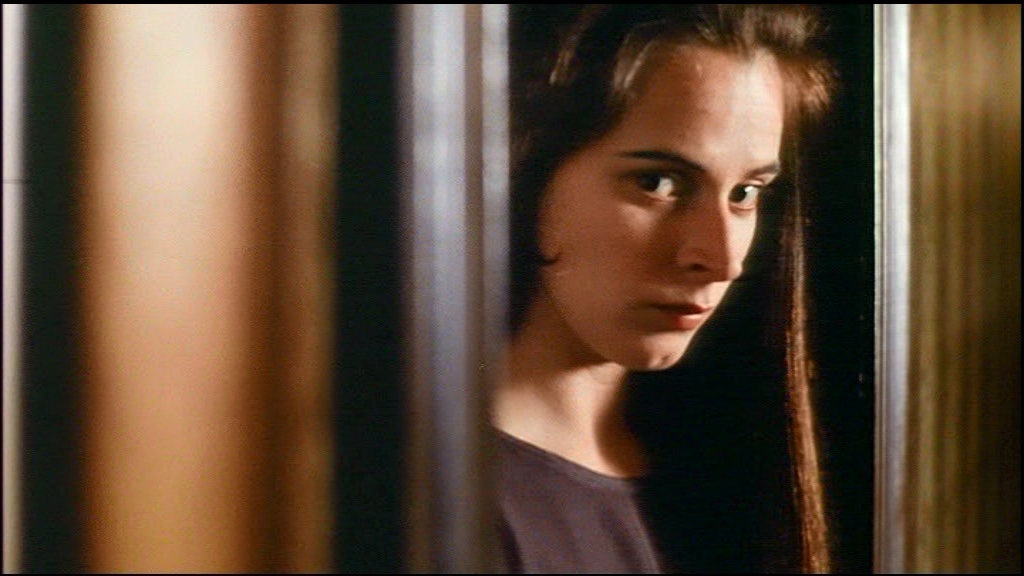 Spoiler alert: Next of Kin begins with the final shot. We see the female lead, Linda (Jacki Kerin), looking disheveled but having obviously survived a horrible ordeal. Fast-forward to the next frame where the movie truly begins.

We see Linda, having just received notification that her mother has passed. As next of kin, Linda inherits Montclare, the rest home for elderly people that her mother ran for many years.

As Linda arrives to take over the home, she is friendly and well-versed with the senior tenants. This gives the viewer a feel that she has spent a good portion of her life visiting and helping her mother with the home. 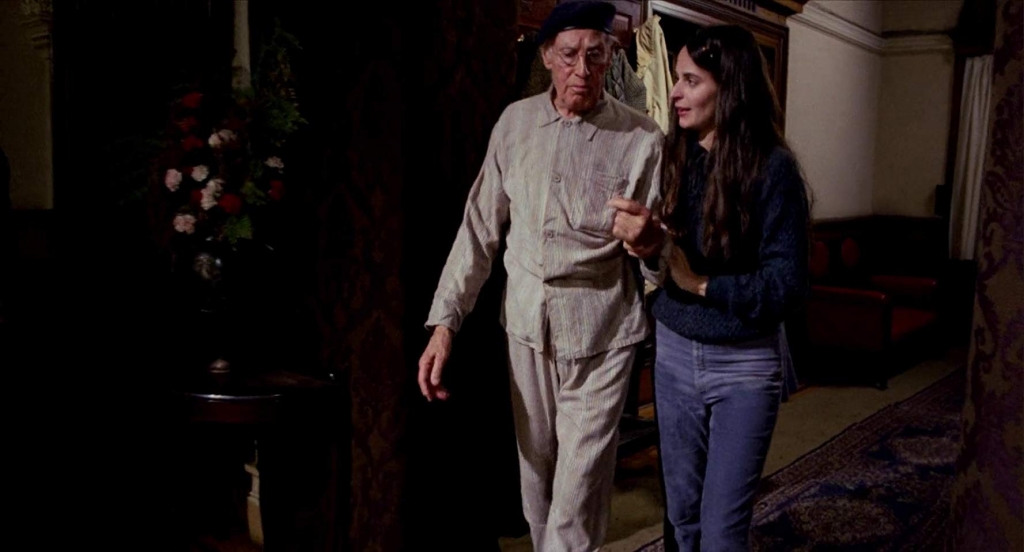 It has been an odd first day taking over the family business. Lance (Charles McCallum) has been wandering the grounds again and gets caught in the rain. A new arrival has shown up to the home during the worst of the storm, even though Linda has given strict instructions there are to be no more tenants. The tenant records and finances are in disarray, and she needs time to organize so she can keep Montclare running.

While she swims in lakes and frolics through beautiful fields with her handsome beau, terrible things are happening at the rest home.

She arrives back at Montclare to discover there has been a death in the home. Honestly, this is not that surprising, given this is a home for the elderly who can no longer care for themselves. What is suspicious is the connection Linda finds while reading her late mother’s diary. This is not the first death to occur in this manner at Montclare.

Later, we see Linda retreat to her room to rest from the day’s stress. Here, things start to get really strange. Odd things are happening in the home. She is having flashbacks of a little girl with a red ball. Who is the girl? Why is she seeing this? 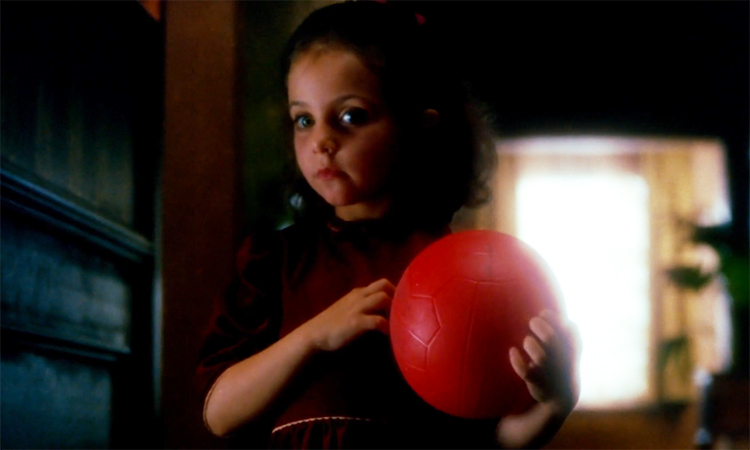 Linda again takes to reading her mother’s diaries for any answers to the unusual happenings. The more Linda reads, the more intriguing the entries become. Events that are mentioned in her mother’s diary are similar to what is happening to Linda.

Who can Linda trust?

The caretaker, Connie (Gerda Nicolson) seems to be around every corner at the most suspicious times. Dr. Barton (Alex Scott) doesn’t seem to be keeping the best medical records; Linda can’t even find her deceased Aunt’s death certificate. And her boyfriend, Barney, has been spending a lot of time lurking around the home. 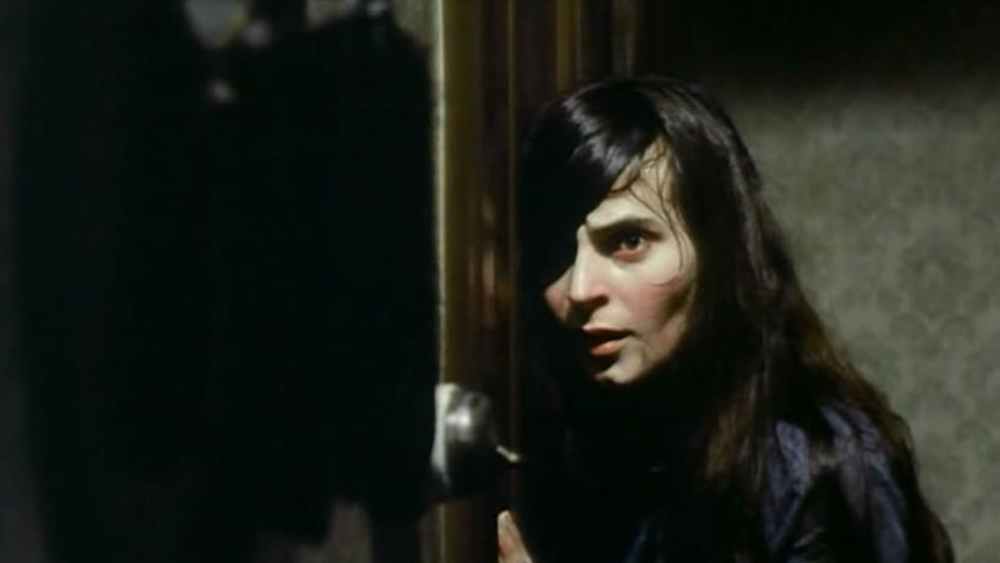 Jacki Kerin’s acting is so good, you begin to question whether something is truly happening in the home.

Are the occurrences the work of something human or supernatural? Or, is she slowly going mad, perhaps just as her mother did?

With an enticing score by German synthesizer innovator, Klaus Schulze, the music is both eerie and soothing at the same time. Additionally, the camera work is incredible considering the film uses 1980’s technology.

The winding shots down staircases, slow motion moments, and creeping hallway shots make you feel as though Linda is being watched every moment. 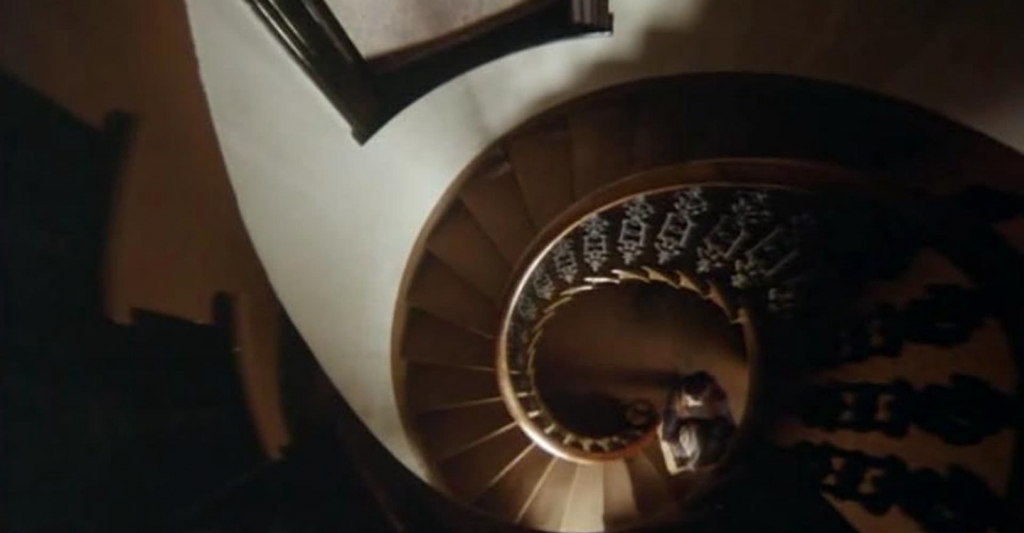 Viewers should also pay close attention to the pops of red color that can be seen throughout the movie. The cinematographer is hinting there is a silent significance to the color.

Next of Kin was featured in the documentary Not Quite Hollywood, where it was applauded by Quentin Tarantino as one of his favorite Australian films. That’s high praise from one of the most innovative modern filmmakers. The film also garnered a Best Director win for Tony Williams at Sitges, the Catalonian International Film Festival (1982).

If you are looking for an entertaining Aussie thriller that really draws you in and keeps you engaged, be sure to check out Next of Kin on Shudder.

I challenge you to see if you can put the pieces together to find out what is happening at Montclare.