It may have been the format of choice for home video, but VHS often rendered the no-budget, minimalist horror films of the 80s more surreal. 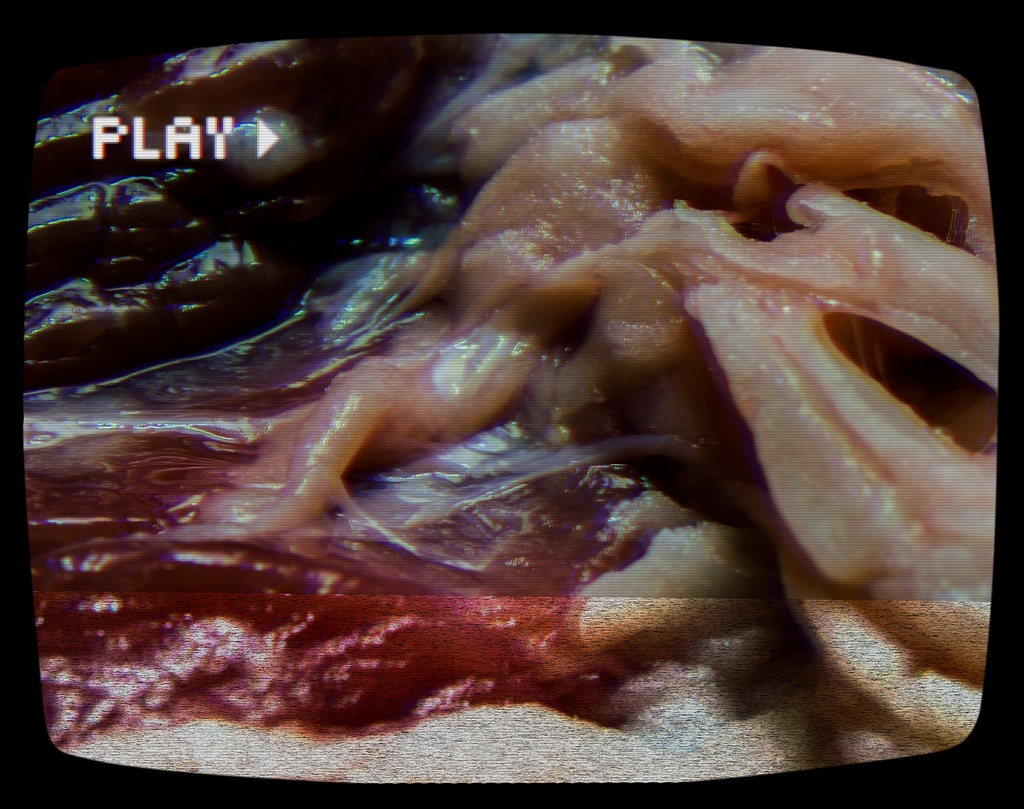 VHS is the texture of  real life.

This revelation came to me via the Found Footage Festival guys who, for the unfamiliar, have made it their mission to collect and share all sorts of odd and unusual stuff on that dead format; everything from 1980s ‘Satanic Panic’ nonsense to…well, this guy.

The specific inspiration here, though, is a compelling piece of VHS vérité  entitled ‘Hose Factory.’ You have to be a FFF Patreon supporter to see the whole thing and I urge you to donate because it’s amazing; 40-odd minutes of random footage from inside — that’s right — a hose factory. It’s not a documentary, simply scenes of a typical day on the job (plus a few seconds in somebody’s kitchen around Christmas time).

It sounds about as exciting as the Lumiere Brothers’ films, I know but, for those of us of a certain age, it’s an opportunity to revisit the time before we all had video cameras in our pockets; a time when we could actually have a healthy debate on privacy because we hadn’t yet collectively and voluntarily given up on the concept altogether. Sigh. 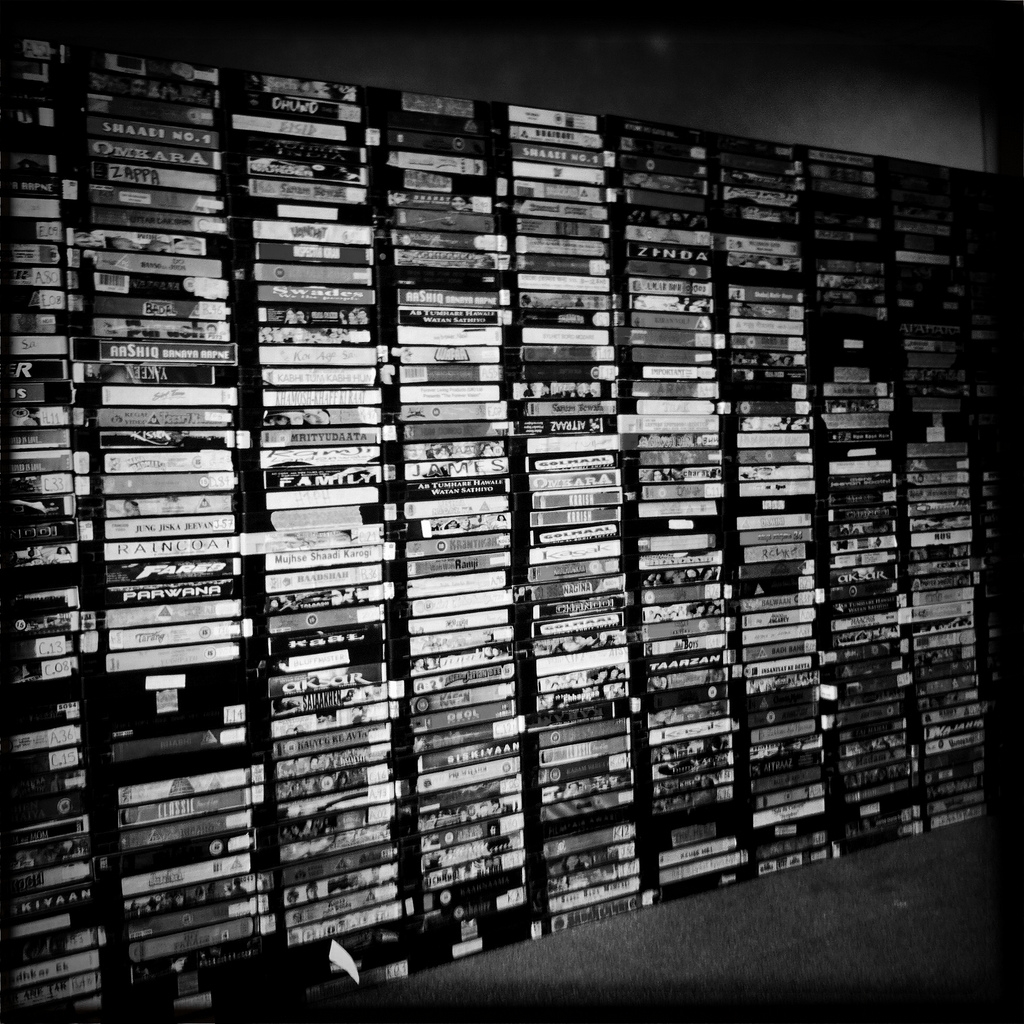 Anyway, the Hose Factory experience got me thinking about the wild world of shot on VHS horror. I’m hard pressed to think of any examples that are ‘good’ in the standard, non-ironic sense, and I can’t blame anyone for assuming the horror is going to be seriously undercut when your movie looks so much like the video your dad shot at Disneyland circa 1989.

Even had they been shot on film, all these movies would still be amateurish and clunky but, for me, paradoxical as it is, the banality of the format serves to heighten the surreality; it’s like home video recovered from the garbage can of the weirdest family on your street. For your consideration I present one of the very best of the form, one of the very worst (still really fun though), and a bonus feature. This column’s going in to extended play mode. Fix the tracking and let’s go! 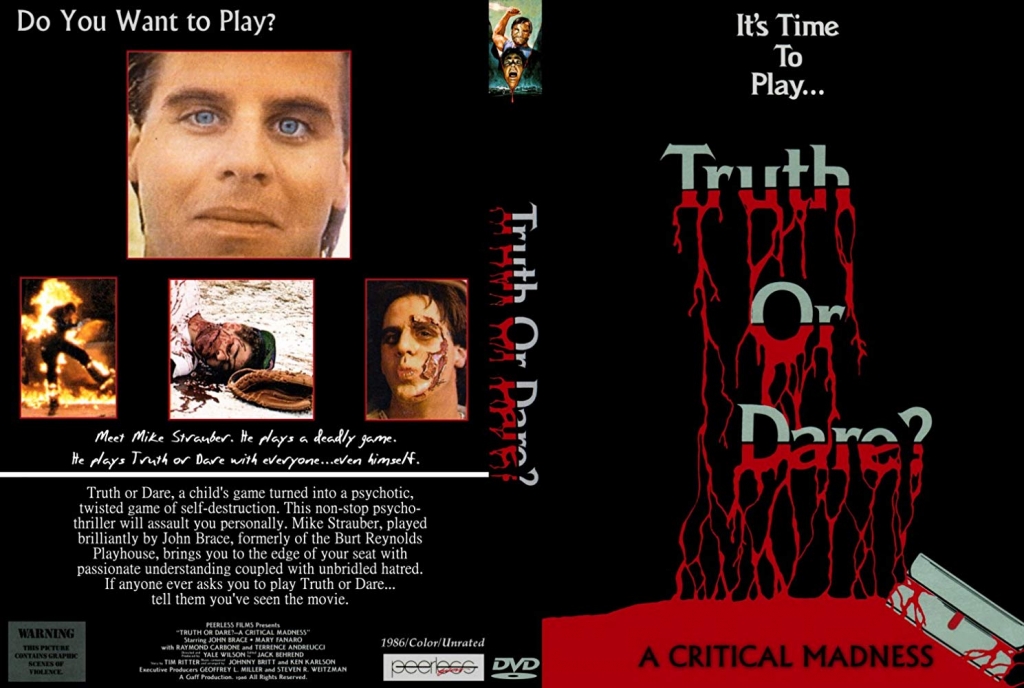 This was my first shot on video experience and the initial disappointment (‘Why does this look like somebody’s vacation?!’) was short-lived. This one’s nuts in the best way. Milquetoast Mike Strauber gets cuckolded, snaps, and goes on a killing spree. That’s about it; pretty boilerplate slasher material on paper but you’ll savor the batshit delivery.

John Brace is downright operatic as Strauber – at least until he goes silent behind a copper mask – and the action is equally energetic. I mean, at one point, Mike uses a goddamn mace! All that and some of the shoddiest police work since CHiPS make this one an unqualified shot on tape masterpiece. I’ve still got the VHS copy my local video store sold for a measly 99 cents; you kids can watch it right here. 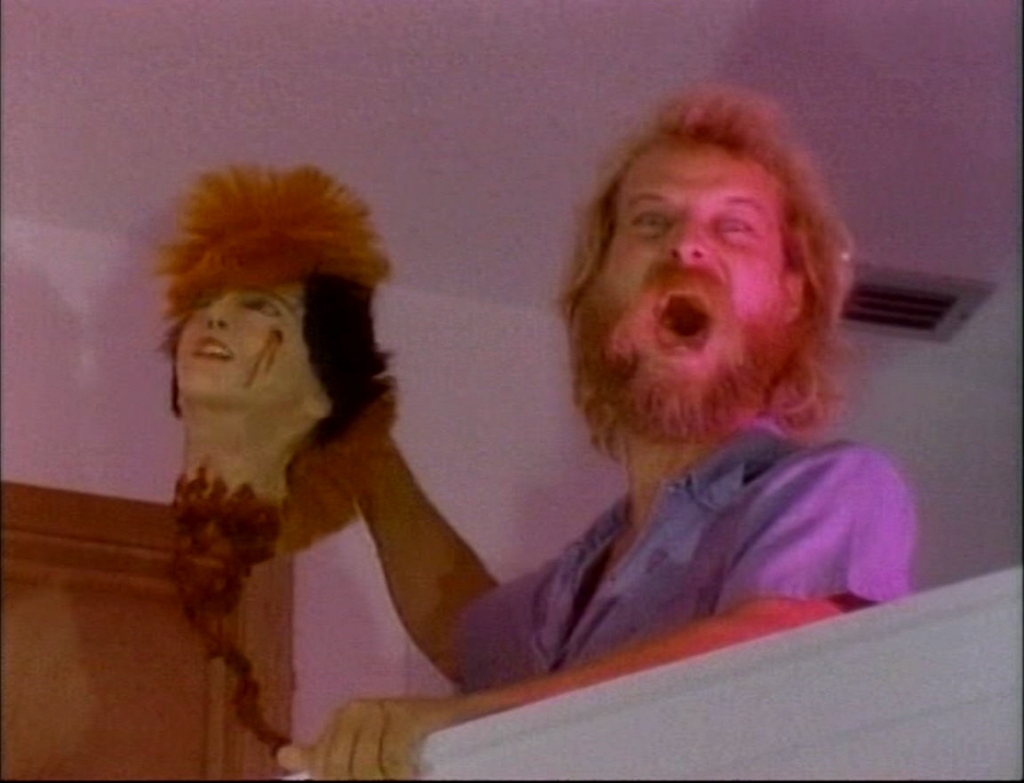 I’d be remiss to not give an ‘honorable’ mention to writer/director Tim Ritter’s 1987 follow-up, Killing Spree. Here, Tom Russo (absolute wild man and best-ever pseudonym short-lister Asbestos Felt), scarred by the adulterous actions of his ex, keeps new wife Leeza (Courtney Lercara) on a short leash. He insists she not work, even after he absorbs a big pay cut at work, and goes on a delirious rampage when he comes to believe lovely Leeza, too, has been unfaithful. Huh.

Now that I think about it, adultery being the driving factor for both these killers, methinks Mr. Ritter may have been working through some issues. But hey: good on him for doing so via storytelling, right? In any case, Killing Spree has pacing issues relative to Truth or Dare but the killings are memorable, if crude (there’s a severed head, for example, that looks patently fake but is also pretty unsettling in its way) and the humor is often quite intended: the best ‘head’-based visual pun since Re-Animator is right here, folks. Dig it! And don’t forget to rewind! Oh, wait! No need. You can just stream it here.

Note: Yeah, I know Killing Spree was shot on 16 mm. Ritter’s direct Truth or Dare sequel, Wicked Games (1994), was shot on tape, but it doesn’t really warrant a mention. Great mullet on the ‘hero’ though.

What is ‘Quadead’? Who knows? This misbegotten shot on tape anthology is barely over an hour and still feels padded. Writer/director Chester Novell Turner aims for the gruesome irony of EC Comics but rarely even manages to attain basic coherence, let alone any actual horror. A loving, grieving mom dotes on the spirit of her late son, Bobby. Bobby conjures up the titular book for story time, and mom reads him a pair of stories from within that are dramatized for our (non) entertainment.

This is as good a place as any to mention that Bobby talking back to mamma is visualized as a gentle breeze in her face. To this she reacts to in a manner that reads more ‘erotic ecstasy’ than ‘maternal warmth.’ It’s just one of so many loopy little details. This poorly-constructed enterprise is further undermined by lousy audio (at one point, mom’s dialogue is drowned out by the noise generated as she awkwardly feigns washing dishes) and a grating, incongruous score by the director himself that makes 8-bit sound like Vangelis. Fascinatingly awful. Put your own stamina to the test right here.