Frights and Feelings: The Girl with All the Gifts (2016)

Posted by:
Tags:  frights and feelings Gemma Arterton glenn close Sennia Nanua The Girl with all the Gifts zombies

“The Girl with All the Gifts” shows that zombie fiction is, ironically, alive, well, nuanced, and emotionally relevant. This often gory film is packed with body horror and thought-provoking commentary in equal measure. In a world that was saturated with zombie media after the premiere of the television adaptation of The Walking Dead, it’s an inventive marvel that manages to be fresh and doesn’t retread many of the same ideas purported by other zombie-infested media.

The plot follows a bright pre-teen named Melanie (Sennia Nanua), who happens to be a zombie-human hybrid. Melanie has retained mental acuity but is still burdened with a lust for flesh. Her existence has been carefully controlled and monitored, and she has been treated as subhuman all the while. The only warmth that Melanie receives in her government-dominated life filled with shackles, cells, and wheelchairs is from her teacher Miss Helen Justineau (Gemma Arterton).

Miss Justineau sees Melanie as the endearing and intelligent child she is and does not hold the circumstances of her birth against her. This constantly puts Miss Justineau at odds with the guards and doctors at the facility where the children are housed.

Dr. Caroline Caldwell (Glenn Close) is studying these children as a means to develop a vaccine for the zombie virus. Dr. Caldwell plans to use Melanie to create that vaccine, a procedure that would involve killing the child. As Miss Justineau attempts to stop Melanie’s murder at the hands of Dr. Caldwell, the facility becomes overrun with zombies causing Miss Justineau — with Melanie in tow — Dr. Caldwell, and a few others to flee the facility for safety.

Miss Justineau constantly bumps heads with the other survivors as she makes Melanie’s survival a priority.

In the novel, Melanie is depicted as white with blue eyes and blonde hair. But during the casting process, the creatives settled on Sennia Nanua, a young Black girl. Nanua simply gave the strongest performance during her audition.

Casting Nanua adds nuance to the film in a similar way that the casting of Duane Jones in Night of the Living Dead did. 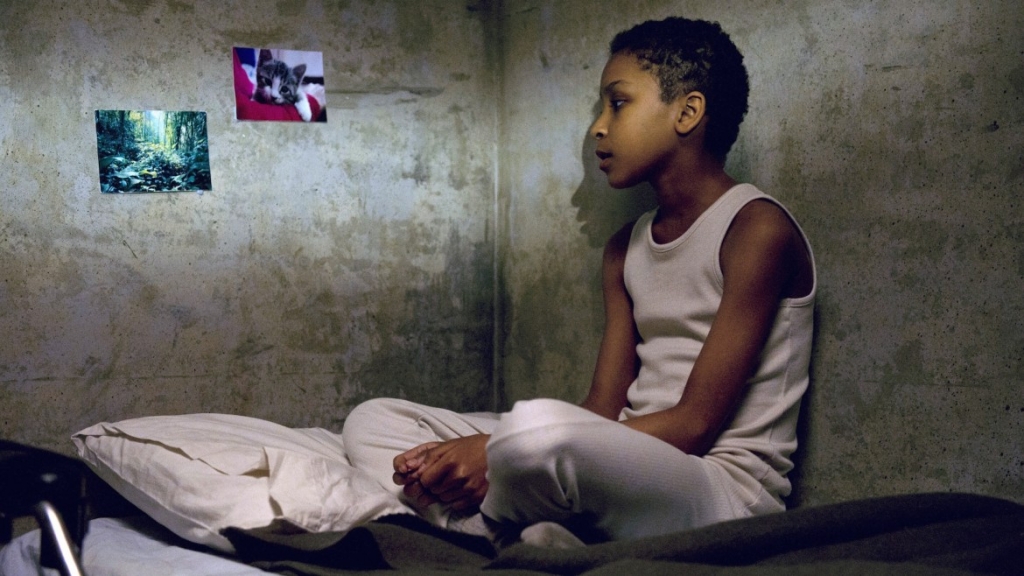 Having a Black lead reflexively expands each respective film’s themes and content and adds a whole new layer to the commentary at hand. It makes Melanie’s othering in the film all the more thematically potent and heartbreaking.

The casting of Nanua adds a horrific subtext to the story.

Young Black girls are often othered by society due to racist paradigms and policies. Black girls are erroneously perceived as maturing quickly and are sexualized at younger ages. This is known as adultification bias, and Georgetown Law did a study on this phenomenon in 2017 to see if there was any reality to the long-held suspicions that Black girls were adultified in the eyes of society.

Their findings showed that “…black girls as young as 5 years old are already seen as less innocent, and needing less support than white girls of the same age. This presumption led teachers and other authority figures to treat black girls as older than they actually are and more harshly than white female students, with the disparity being particularly wide for 10- to 14-year-olds” (Lockhart).

At one point, a character insinuates that Melanie is not a child, not even really human, as if her status as a hybrid strips her of her adolescence.

This scene mirrors these troubling real-life issues concerning adultification bias and should chill every viewer. Melanie has been denied her humanity since birth and few people see her as worthy of protection. She is characterized by others as being mindlessly aggressive and with little self-control.

The film, however, takes its time to show the viewer Melanie’s humanity and that she is dynamic. 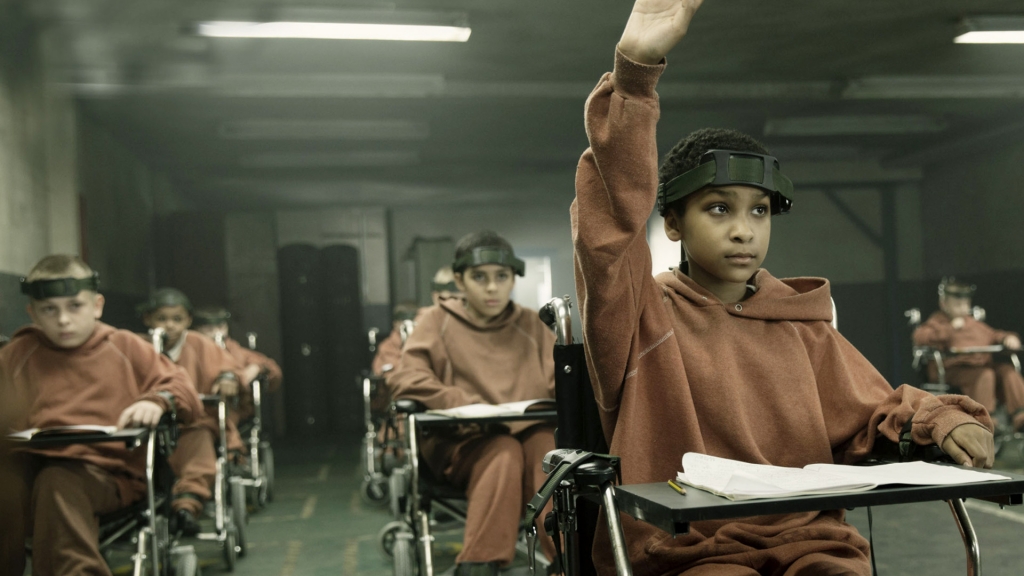 Despite all of her heart and intelligence, she’s been cast aside in the post-apocalyptic social structure.

It’s a depressing facet of the film, made even more so by how much it reflects the world we live in. Black girls are worthy of love and protection and deserve to have childhoods free from bias and prejudice.

The Girl with All the Gifts forces audiences from all backgrounds to identify with Melanie and her plight. The film is an exercise in empathy at its finest. It asks for one to step outside of themselves and feel for someone who may be different from them.

Melanie’s character is one of the most lovingly and sympathetically portrayed. All characters are nuanced and given defining characterization, but Melanie is integral to the film and the viewer’s experience as a whole. She is the character we are made to root for as she struggles through an impossible and harrowing situation with only Miss Justineau to advocate for her.

It’s through this advocacy that Melanie’s self-worth strengthens, and she is able to make her own decisions for the first time in her life.

The film implies that sometimes we must let old societal ways die in order for new and better systems to come about. 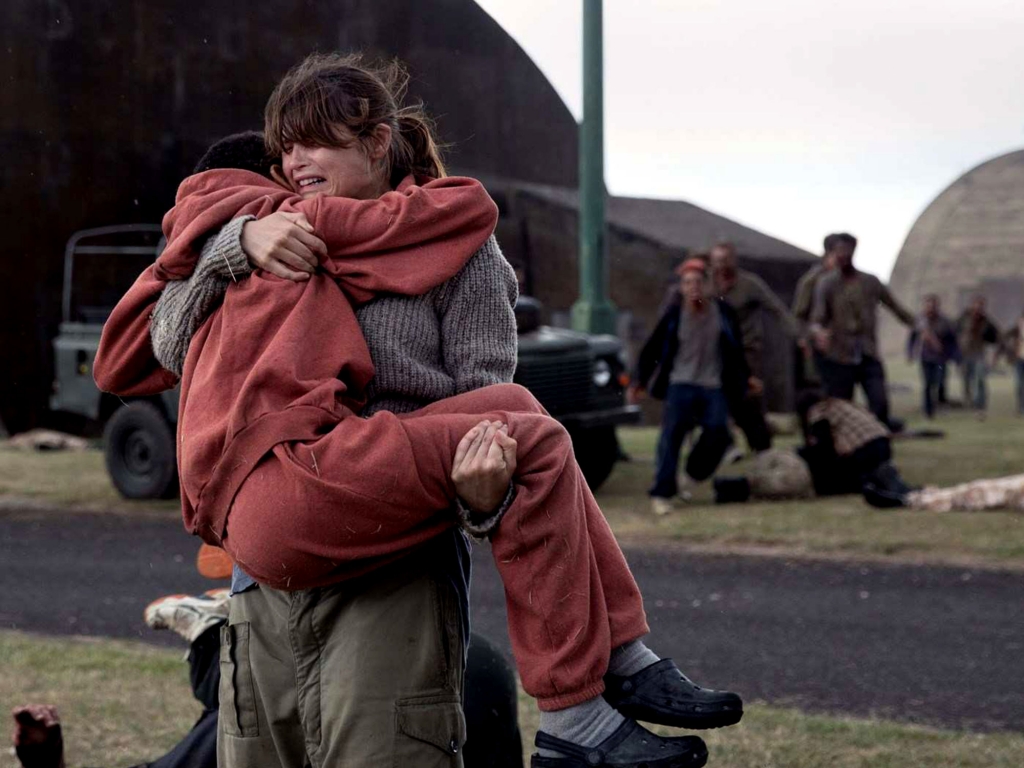 For the characters, it’s difficult to confront the truth, but Melanie boldly decides to take the future into her own hands. This leads to measures that most would find extreme — for example, releasing zombie virus fungal spores into the air to usher in a new world that is ruled by zombie-human hybrids.

But the world is evolving and ever-changing. Discomfort is natural in these situations. Melanie is emblematic of progress even if that progress comes with a cost.

In the end, only Miss Justineau is left safe and well because she had put her trust in Melanie from the start. However, a bigger task is laid upon her shoulders in the process. She must educate Melanie and the rest of the zombie-hybrid children and equip them with the knowledge they will need to survive and function in this new world.

Perhaps this is why she is tearful at the end of the film. New horizons and responsibilities are, well, horrific.

THE GIRL WITH ALL THE GIFTS is a cerebral must-watch that easily balances horror with emotional content. You can watch it for its engrossing entertainment value, but you can also appreciate it for its deeply empathetic and involving plot and characters.

It poses no easy questions and gives no easy answers, but it does provide a lot to ponder when it comes to the very real world that we live in. Sennia Nanua’s Melanie is not soon to be forgotten and will go down in history as one of the finest horror performances in a zombie film. It’s humbling to see the spirit of Duane Jones live on in young performers like her.