It may be famous for its sizzle, but the real power of “Don’t Look Now” is in it substance; a beautiful treatise on love and grief. 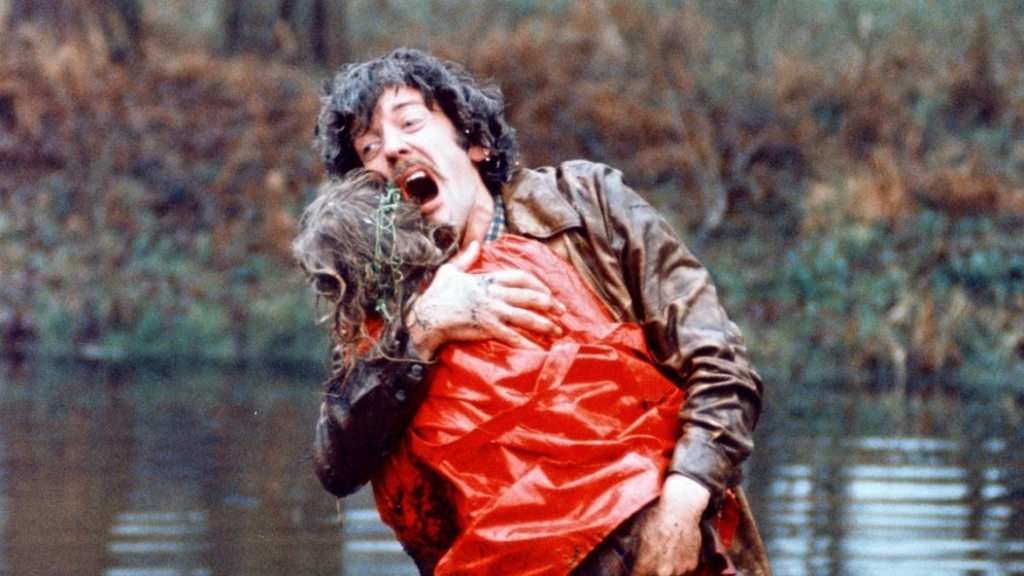 The early 70s was a time of interesting and inventive horror. Creatives were making cerebral and sometimes strange films that have made their way into the canon of beloved and classic horror movies. Director Nicolas Roeg made one of the definitive horror movies of the 70s when he adapted Daphne du Maurier’s seminal gothic short story “Don’t Look Now.”

Don’t Look Now became an infamous horror film in its own right due to its graphic and beautifully wrought sex scene between stars Donald Sutherland and Julie Christie, but it’s a creepy and effective look at how grief can affect relationship dynamics.

Don’t Look Now follows Laura and John Baxter after the accidental death of their daughter Christine.

The duo travels to Venice to restore a church there. Of course, strange occurrences are afoot when there are multiple murders throughout the city, and John starts seeing glimpses of a small child in a red raincoat that resembles Laura. Amidst the turmoil, Laura and John meet a pair of elderly sisters — one of whom is blind and has psychic gifts.

The tale is steeped in suspense, as well as the palpable grief that looms over Laura and John. 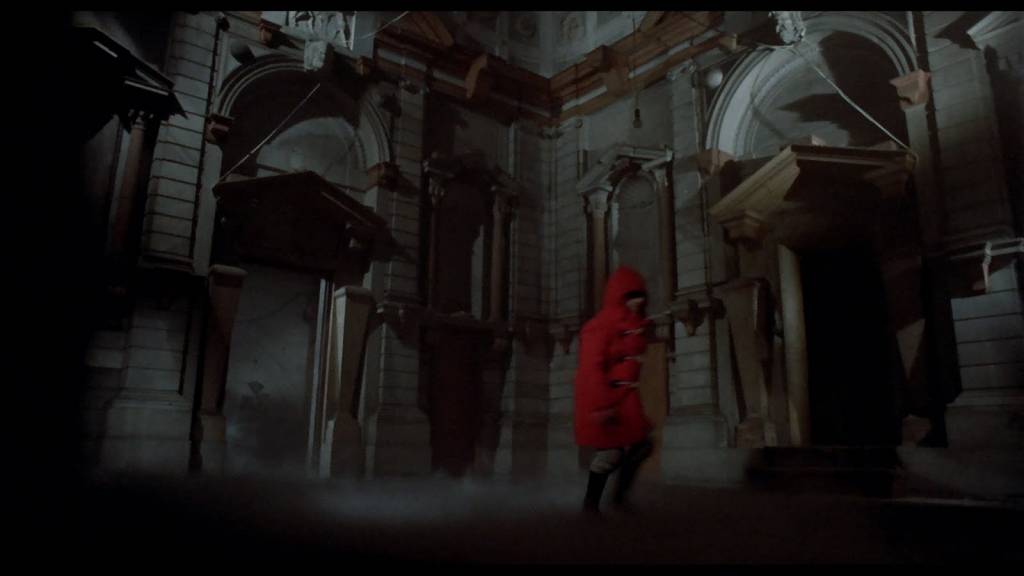 Being married and having kids is a difficult undertaking, and even that’s an understatement. Being married, having a child, and grieving the death of another child is an insurmountable undertaking for a lot of couples.

John and Laura’s lives are forever changed by Christine’s death. Sure, they have a healthy son named Johnny, but that doesn’t lessen the blow of losing Christine. Their dynamic as a family of four is drastically reconfigured, and they all have to find their footing as a family.

The trip to Venice, however, gives John and Laura a chance to have time to themselves to help recoup from their shared loss together while Johnny is given the distance from them to process his grief on his own terms.

It’s not an ideal situation, but they are making decisions that they think are best for them and their family.

Some couples suffer a rift after losing a child, but John and Laura are navigating the situation as best they can. Their deep love for one another is palpable. The two are reverent and tender with one another. Their hardships can be felt by the audience. It colors their entire characters and interactions.

In a move that differs from many horror films, John doesn’t dismiss Laura’s belief. Laura becomes more positive as a result of the encounter and her demeanor is less gloomy and subdued. John is relieved and happy to see his wife’s mood has improved since the tragic death of their daughter. He understands that people find comfort in many ways and that Laura’s grief journey is much different than his.

They may be one unit as husband and wife, but they are still separate people.

John and Laura’s genuine care for one another is one of the most endearing and human parts of the film. 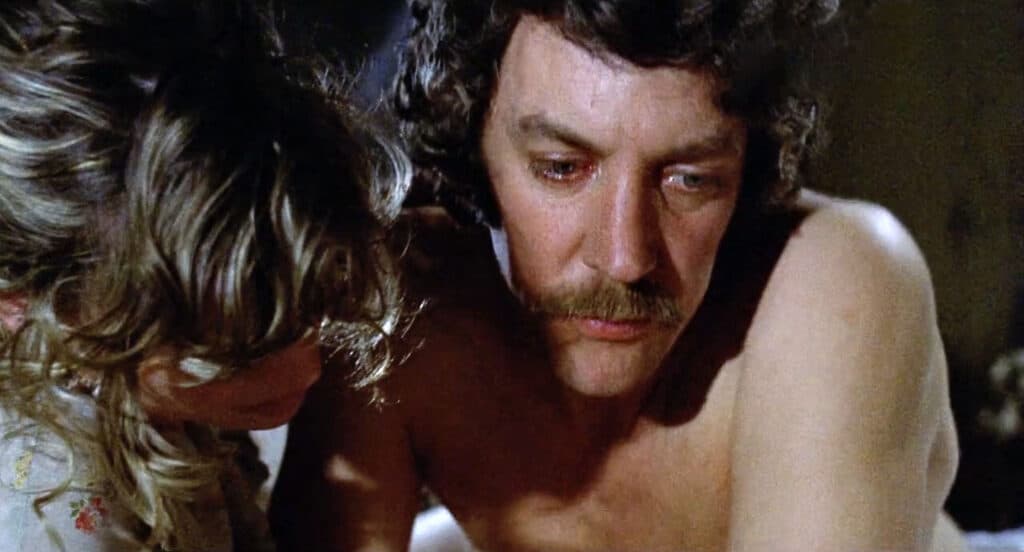 Amid the slow burn gothic beauty, there is a love story.

It’s a commentary on grief, but it is a commentary on love and the depth of it, how sometimes we can withstand the horrors of life with the balm of love to aid in healing us. John and Laura’s love is tenderly portrayed in the infamous sex scene that Don’t Look Now became known for. It’s raw and graphic and doesn’t shy away from sexuality and passion, but it never feels gratuitous or unnecessary because it tells the audience multitudes about John, Laura, and their bond after the death of their child.

It’s brilliant and heady and undeniably sexy in a way that’s not just physically intimate but also emotionally intimate.

The scene is intercut with flashes of John and Laura after sex, dressing to attend dinner. There’s a sort of comfortable glow about them, punctuated with beautiful looks of adoration and absolutely delicious romantic security.

It’s not sex just for the sake of sex like some detractors seem to think. Rather, it is pure devotion and reverence transferred to the screen and adds a storytelling element that bolsters the film.

Much of the film focuses on John and his encounters with a small figure in a red coat that the audience learns at the end is not the specter of his deceased daughter but instead is a woman with dwarfism who has been committing murders around Venice.

While Laura is working through her grief in a more positive manner, John is more hampered by his own. 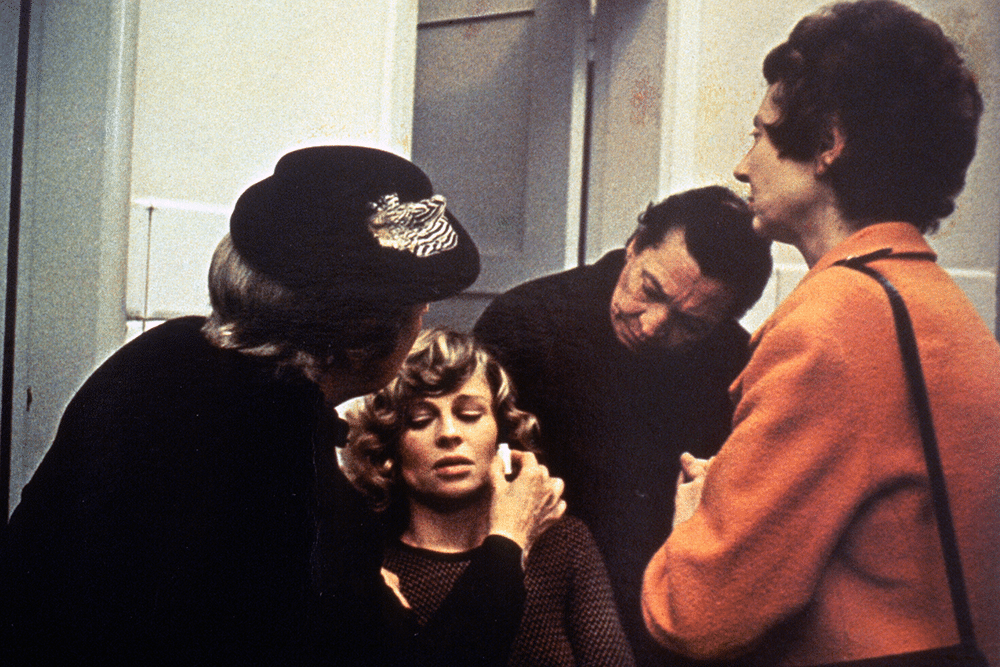 He starts experiencing odd visions of his own, distorting his own sense of time and reality.

The visions are those of his own eventual death and funeral. It’s allegorically intelligent because traumatic experiences have a way of causing a person to become detached from simple concepts like reality and time. John is chasing false ghosts in an attempt to reconcile his own pain and grief. However, sometimes the pain and the grief wins when he becomes a victim of the woman in the red raincoat.

Perhaps, there’s something there to be said about how we must not let grief consume us; that being consumed with grief to an unhealthy degree is a sort of death itself.

Its gothic air is undeniable and absolutely sumptuous. It’s a feast for the senses and for the emotions.

Grief and love are two facets of life that are unavoidable. We will all experience love and grief; hopefully, more so the former than the latter. Nicolas Roeg looks at love and what that looks like in the wake of tragedy.

Of course, people will always watch the film out of curiosity due to the sex scene, but the emotional content of the story and that scene help create an experience like no other.

The film is not an easy watch and won’t be for everyone, but it is a masterpiece and a classic of emotional horror.