“Little Monsters” is a funny, bloody blast with an uplifting message about the importance of caring and becoming your best self.

Horror comedy can be a unique balm to the soul. There’s nothing like a film that manages to elicit a good laugh in times of hardship. I dare a viewer not to crack a smile while watching the goopy goodness of films like Peter Jackson’s Dead Alive, Eli Craig’s Tucker and Dale vs. Evil, or Todd Strauss-Schulson’s The Final Girls.

Like the aforementioned horror-comedies, all of the best ones have a genuine sweetness and charm about them. They can even be uplifting and life-affirming. Horror comedy is just as adaptable as other subgenres, and these films make the perfect watches when you’re in need of a pick me up. Abe Forsythe’s 2019 zombie horror-comedy romp titled Little Monsters is indeed uplifting and saccharine, yet it is also wild and gory at the same time.

In fact, LITTLE MONSTERS carries the message that it’s not too late to become the best version of yourself and that being kind and caring about others is the ultimate form of coolness out there. 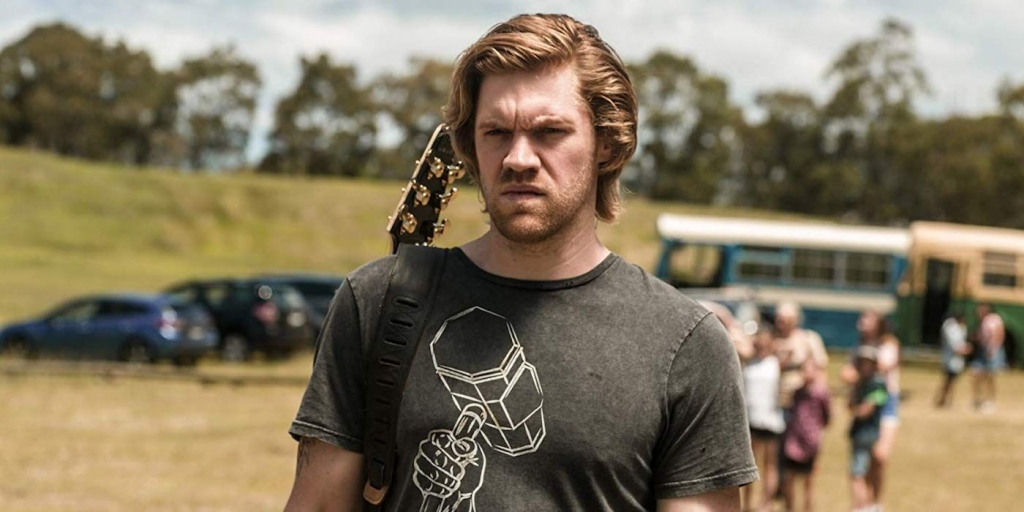 When we meet Dave, he’s the epitome of the phrase “hot mess.” He’s the proverbial man-child that all people try to avoid Dave’s still on the mission of becoming a great musician, but really, he’s more of a washed-up slacker who isn’t pulling his weight in society or his personal relationships. He’s annoyingly self-absorbed, and that is rightfully played for laughs.

When Dave’s longtime girlfriend finally kicks him out of her life, he’s forced to stay with his sister and his nephew.

One of Dave’s early redeeming features is that he seems to genuinely care for his nephew, an adorable and precocious little boy named Felix who likes tractors and Star Wars and has many horrid food allergies. Dave sets his sights on Felix’s dynamic teacher, the bright and beautiful Miss Audrey Caroline. Miss Caroline is taking the kids on a field trip and, of course, Dave is keen to get to know Miss Caroline better and agrees to join Miss Caroline as a chaperone.

Unfortunately, on the day of the field trip, a small-scale zombie crisis breaks out at a facility not far from the farm where Dave, Miss Caroline, and the children are visiting.

What ensues is a mess of epically funny proportions. 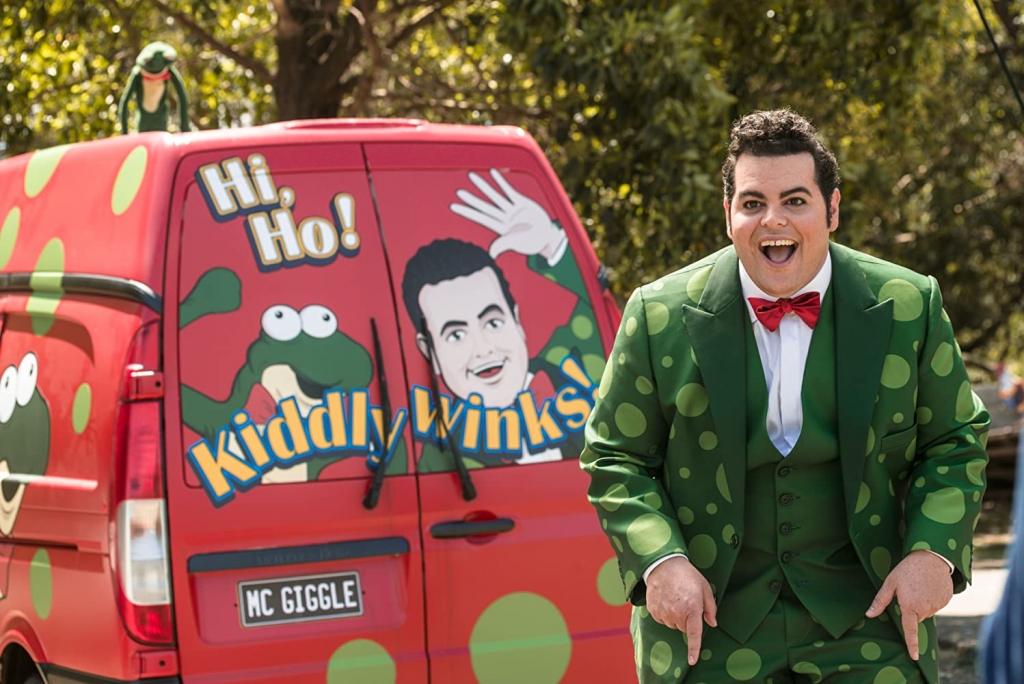 They all find themselves faced with not only zombies but the foul-mouthed and repulsive children’s entertainment icon Teddy McGiggles, who was filming his show at the farm that day. While Dave is selfish and laughably immature, he is pitted against someone worse than he is in the form of Teddy McGiggles.

Teddy is out for himself and himself only and doesn’t care who or what has to perish to save his own sorry life. Even Dave looks like a catch compared to Teddy.

Teddy’s carelessness and self-centeredness are portrayed as his ultimate weakness and something that he eventually pays dearly for. He’s a smarmy cad if there ever was one. He’s someone that has become far too absorbed in his own ego to even be redeemed.

In this proverbial and epic battle of the man-children, Dave starts to realize that being a callous bastard is not how one should conduct himself.

Luckily, Teddy McGiggles gets his comeuppance when he selfishly attempts to abandon Miss Caroline, Dave, and the kids. Teddy’s demise proves selfishness has its price. And while, in the real world, that price might not be a zombified puppeteer exacting karmic justice, there typically are repercussions in the long run.

Meanwhile, Dave’s love for his nephew Felix acts as an impetus for Dave’s change. 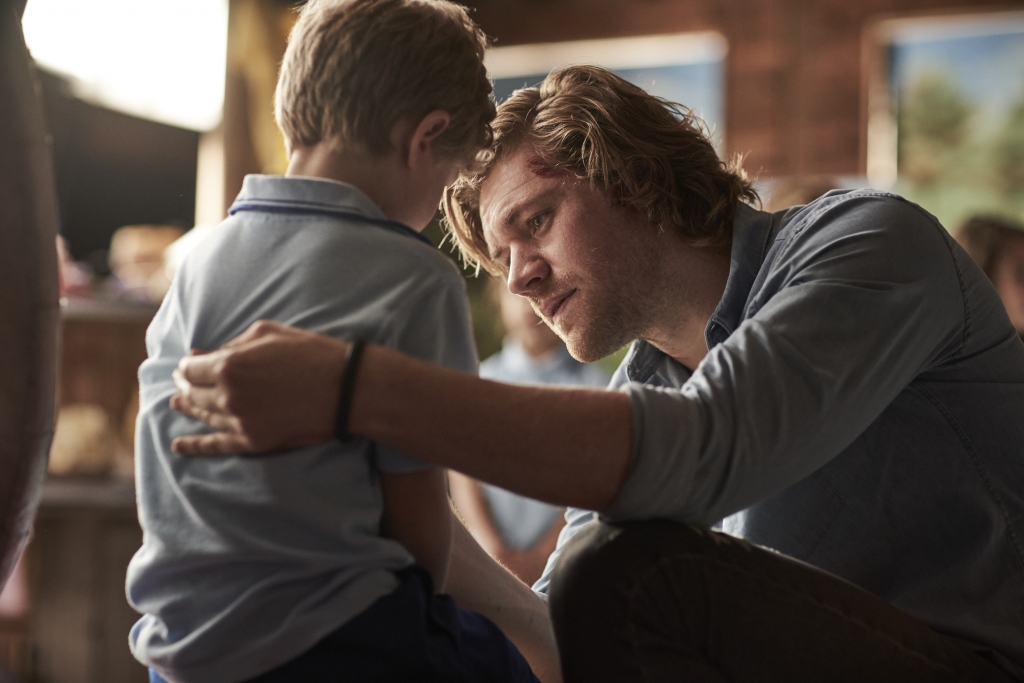 One of the film’s most tense moments is when Felix has an allergic reaction to an ingredient in a bag of chips he was eating. While Miss Caroline is the one that takes action and fights zombies to retrieve Felix’s EpiPen, Dave stays behind and provides Felix and the other children with comfort. It’s an emotional scene that is proof that Dave has the ability to push past his own selfishness and care for others.  The children and Dave sweetly sing Felix’s favorite song to him in a moment that is taut and tear-inducing.

In the midst of it all, Miss Caroline proves that she can easily hold her own with Teddy McGiggles and the zombies.

Miss Caroline’s femininity and sunny personality are never at odds with her ability to defend herself and her students. The film gives her the space to be beautiful and brutal and portrays it as strength. A lot of media puts femininity at odds with a woman’s ability to be badass, but LITTLE MONSTERS is not that type of movie.

Miss Caroline easily could have veered into manic pixie dream girl territory, but the narrative is quick to remind us that Miss Caroline is as imperfect as we all are. She just made the conscious choice to become a better person and to help people.

No one becomes good overnight; it’s a choice, and the movie fully reflects that with Miss Caroline’s backstory. 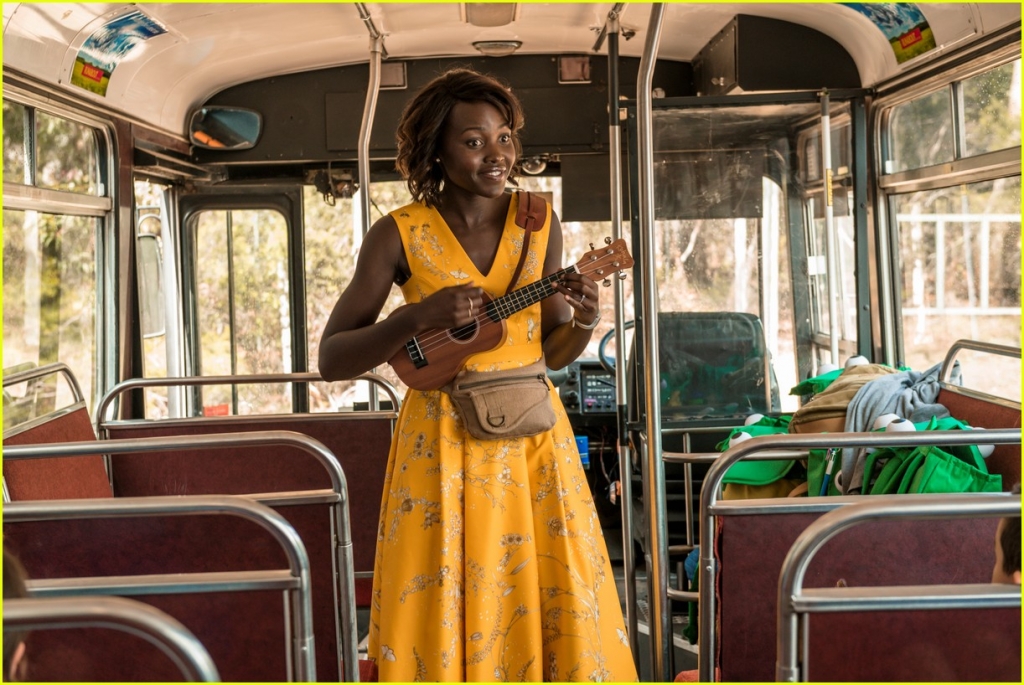 Miss Caroline’s whole character hinges on the idea of radical empathy and kindness.

She cares a great deal about her students and those around her. Love, kindness, and caring rules in the world of Little Monsters. However, even more importantly, Miss Caroline is far from being a pushover. This is something a lot of people struggle with when creating healthy relationships with others.

Kindness doesn’t mean you have to accept any mistreatment or can’t stand up for yourself or others. She serves as a brilliant reminder that you can choose kindness, but you don’t have to be anyone’s doormat. She’s confident and not easily intimidated, not even by the hateful Teddy McGiggles.

While she’s not a real character, she reflects the kind of person that we all should strive to be: a kind person with one impressive backbone who hasn’t let her past stop her from reaching her full potential.

Little Monsters is a gory film that puts kindness and sweetness first. 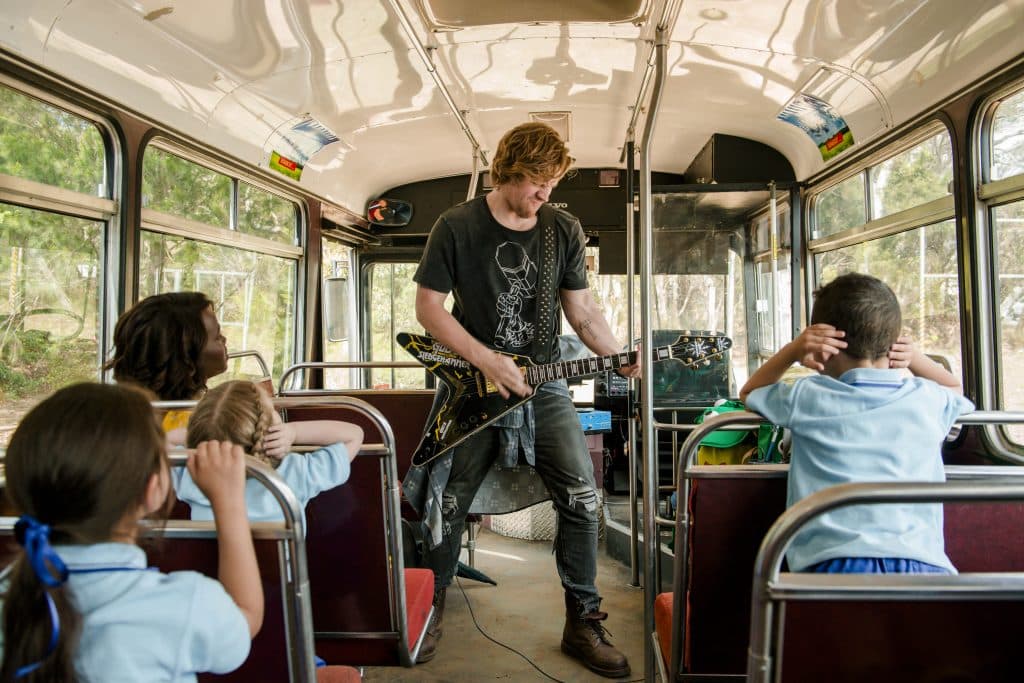 It’s about becoming the best version of yourself as much as it is about battling zombies.

I find that many viewers brush off comedies, especially horror-comedies, but they have value beyond being entertaining. But Little Monsters is food for the soul. It’s feel-good and fun with the kind of heart a lot of films, regardless of genre, lack in general.

In a world that seems to lack an implicitly honest take on positivity and evolving personally, Little Monsters shines like a beacon.

So, if you want a movie that will lift your mood and your spirits — as well as scratch your itch for a good old-fashioned horror romp — Little Monsters is definitely for you.

You can currently stream Little Monsters in the U.S. exclusively on Hulu.