A thoughtful meditation on trauma and the power of human connection, “The Dark” is as emotionally affecting as it is frightening. 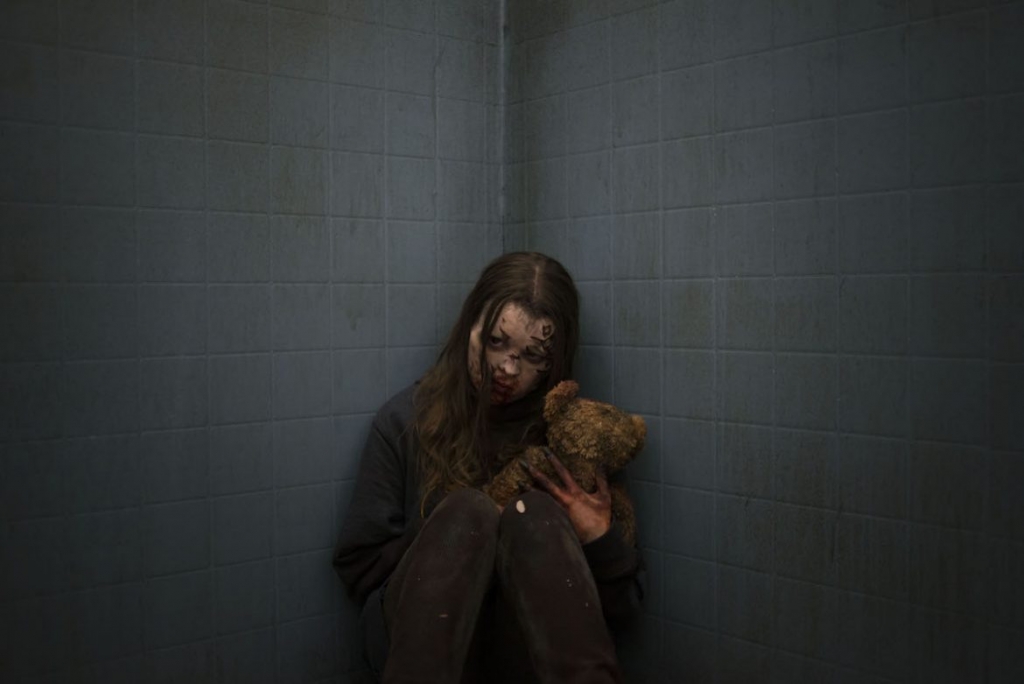 Trauma victims are spiritually and empathetically bound together by mutual understanding.

There’s something cathartic in meeting people who understand what it’s like to have lived through a traumatic event. Even though the experiences are sometimes different, the aftereffects are often similar to one another. No one experience is a paragon nor more valid than another. At the end of the day, the trauma is still there, and everyone who has experienced trauma is trying to cope and heal.

Moving forward after trauma is difficult and can take years of laborious mental and emotional work.

As a trauma survivor with a PTSD diagnosis, I know personally that this is one of those easier said than done sort of conundrums. I can say that I have found comfort in meeting others that understand the inner workings of trauma and have discovered solace in narratives that center around victims of trauma.

Justin P. Lange’s 2018 film The Dark is a deep meditation on trauma and healing that speaks to the fact that healing is not a solitary task.

We as people truly do need one another and can find a path to healing through our shared bonds as survivors.

Mina, an undead girl, lives alone in the woods in a decaying house. She has become the subject of modern myth. Year in and year out, Mina has been living as a revenant feeding on the flesh of others. Her appearance is that of a ghoul, her face mournfully decayed. She bears the scars of her life and death both physically and mentally.

Mina’s uneasy solitude is interrupted one day by a pedophile on the run with his kidnapping victim, a young abused and disfigured boy.

Naturally, Mina kills the man, but she is left with an unusual predicament: the boy. At first, the two are at odds with one another. Eventually, Mina and the boy, Alex, slowly come to form an alliance as they brave the woods together.

Trauma itself is at the core of the film, but it doesn’t revel in the idea of trauma and instead basks in the possibility of healing. 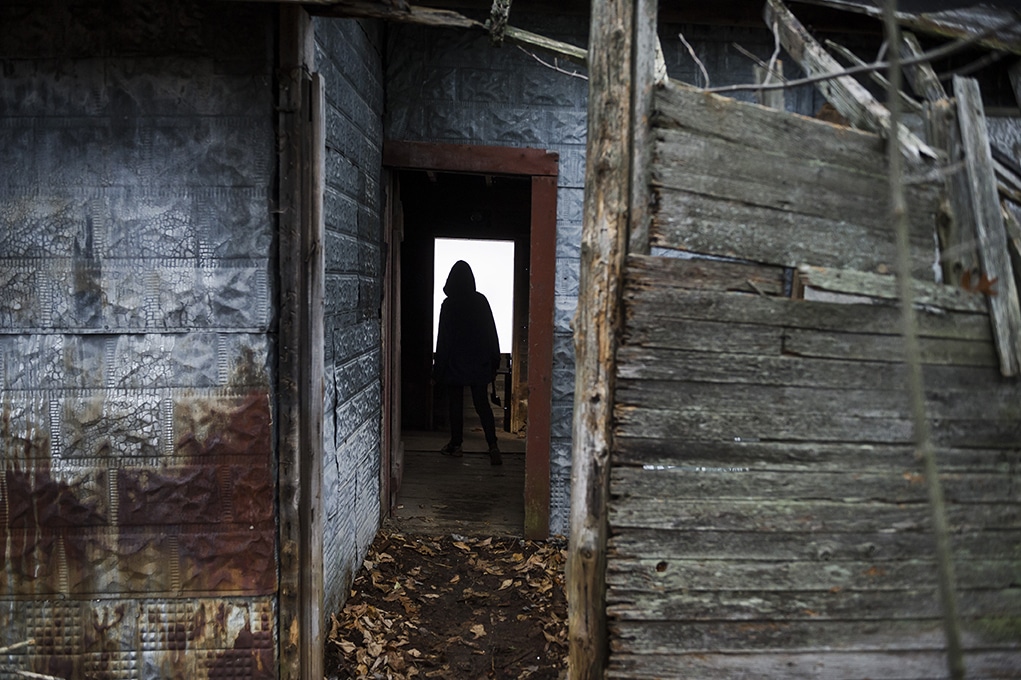 Both characters are survivors of childhood sexual abuse. Mina’s mother’s boyfriend habitually assaulted Mina until one night she fought back and he murdered her. He unceremoniously buries Mina deep in the woods, but she doesn’t stay there. Mina crawls her way out of the grave for vengeance, but when her revenge is through, she continues to haunt the woods like a shadow of her former self.

Mina’s face is monstrous, bearing decay and wounds. Whereas Alex is a kidnapping victim and assault survivor who was abused by a twisted man named Josef. In the midst of this abuse, Josef blinds Alex, leaving his face horrifically scarred.

The film uses both teens’ physical scars as a stark reminder of the abuse that they have faced.

The physical scars and wounds echo that of the mental turmoil that they feel. Society has a dangerous habit of treating mental illness and trauma as something that is less important than a physical ailment. Many people’s grief and unrest go unnoticed to the point many can comfortably ignore others’ suffering. The film overall eschews this idea and chooses a way to make the two characters’ emotional pain concrete in a way that is unavoidable.

Lange wants the audience to be as uncomfortable with trauma and mental scars as they are with what has physically been done to Mina and Alex.

From the film’s pure bleakness grows a spark of hope as Mina is changed by her contact with Alex.

The girl who was once dead finds herself slowly coming back to life and healing. Mina’s friendship with Alex has given way to her healing both mentally and physically. Alex becomes more hopeful as well, finding a kindred spirit in Mina. The teens understand each other and are able to become comfortable with themselves and their company. It’s a special connection, one that mimics the real-life healing process and creation of a support system.

Support is essential to all forms of healing. Finding those who can empathize with your trauma is important to healing. You can create an important support system in order to better facilitate not only your own healing but that of others.

Trauma is never easy to weather, but it should never be weathered alone. Mina’s previous isolation left her in a stagnant state, and it took the introduction of Alex for her to begin changing. Her whole paradigm shifts from one of despair to optimism. There is unerring beauty in their mutual understanding of the other. Alex might not have been what Mina wanted, but he was what she needed and vice versa. He was her wake-up call and pathway to better.

“I don’t want to be scared anymore,” Alex tells Mina toward the end of the film. I’ve had a similar breaking point several times in my life.

The life of a trauma survivor is often tempered with unceasing terror. 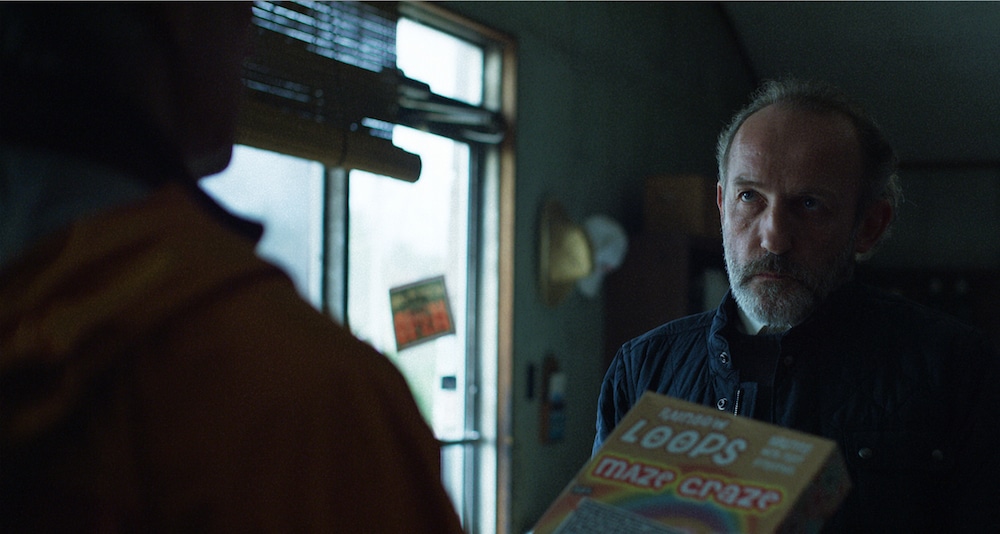 You cannot convince yourself you’re safe even when you know that you are safe. Working on telling yourself you’re safe is a broad and mountainous task, but it’s something you have to choose for the sake of yourself and your sanity. Everyone’s experience with trauma is different, but many are left with PTSD, which greatly affects the survivor’s ability to feel safe and even function normally.

Alex chooses to move toward peace and safety before he is taken to the hospital and ostensibly reunited with his mother. It’s not a guarantee that he won’t have days where he’s not reminded of his experiences, that he won’t be triggered and feel unsafe. But he is going to fight to feel that sense of security that was callously robbed from him.

What Mina and Alex have experienced is horrific, but healing is possible.

They no longer have to bear the brunt of their own trauma alone. It’s a step in the right direction, and there is no wrong time to take this step. We all have our own path to healing. It’s largely nonlinear — and its own sort of pain — but it’s positive growth.

Mina’s journey from undead back to life is uncomfortable and confusing for her. Healing is often like this for people with trauma. You’re learning to transition out of years of fight or flight and face the harsh realities of what took place. Sometimes it feels like you are coming back to life as you see yourself change before your own eyes. Transition is frightening, even when it’s good.

Horror as a whole mimics that uncertain nervousness that comes with learning to handle your traumatic past and coping with what life throws at you.