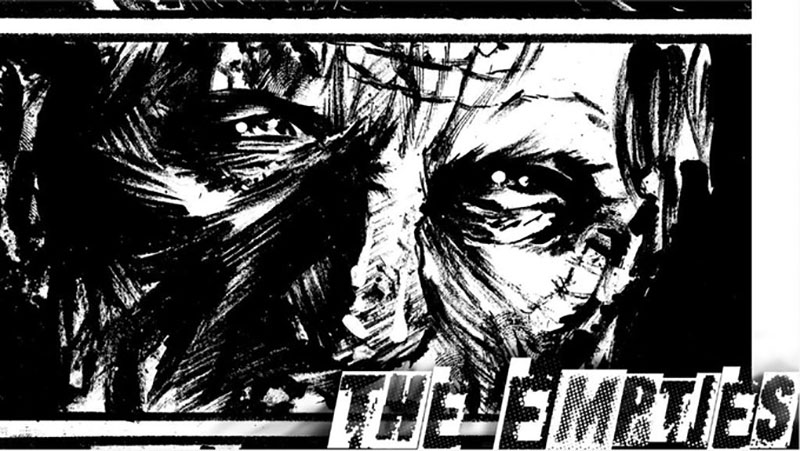 The Empties, a graphic horror novel by Kristen Renee Gorlitz, opens with a scene of wintry isolation in a small Michigan town, an atmosphere that immediately establishes a bleak and foreboding tone. Police have descended upon a lone man kneeling in the snow, his eyes wild, the carcass of a gutted animal at his feet. The man charges the cops in a rage, gets blasted with bullets, and still manages to survive, clutching his leaking intestines against his belly.

Thus begins the story proper, a dark and morbidly comic apocalyptic story set against a familiar backdrop: the war between the undead and their flawed human counterparts. 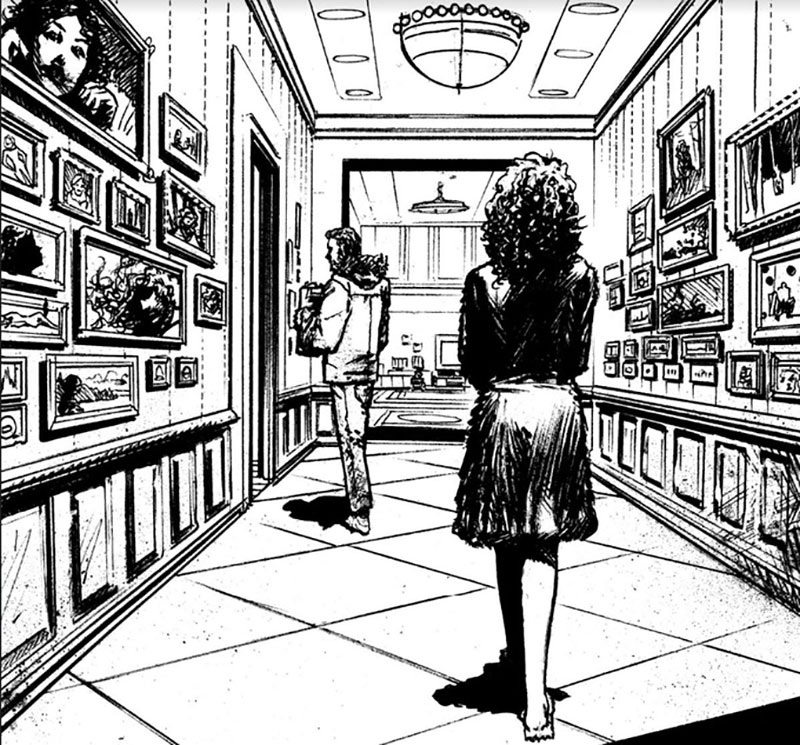 The Empties focuses on a dysfunctional married couple who have reached a crossroads in their relationship. Derrick, a chef, has learned that his wife Helen has been cheating on him, a discovery made all the worse by the fact that he has just paid off the mortgage on their home and wants to celebrate. Meanwhile, elsewhere in town, ambulances have been dispatched to parts unknown, as apparently there is an “outbreak” of some kind.

Gorlitz keeps the focus on the married couple, however, exploring the ways they both interpret the meaning of “love” and “home” as Helen becomes deathly ill. It is here that the graphic novel slips into comic territory as Helen becomes hungry for flesh and blood, sometimes biting into Derrick himself (although he doesn’t seem to mind and almost appreciates the bond this forges with his partner). 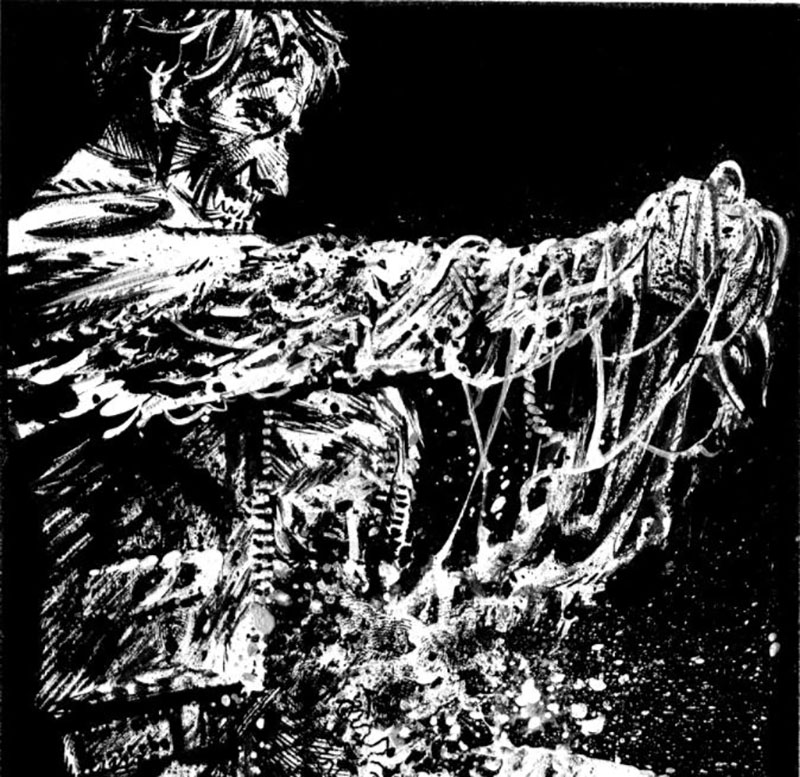 It’s a tricky balance between the violence and bloodshed and the doses of humor, but for the most part The Empties works.

Like the best kinds of zombie stories, the plot centers on real people with pain and heartbreak and loss in their past, and Gorlitz gives us characters to root for and care about even when they long to commit horrific acts against one another or their fellow man. Near the climax of the book, Derrick will reveal just how much he loves his wife by giving her whatever she needs and at whatever cost.

Personal sacrifice is a common theme in stories involving crumbling relationships, but in Gorlitz’s zombie tale the idea of sacrifice becomes more savage than usual. 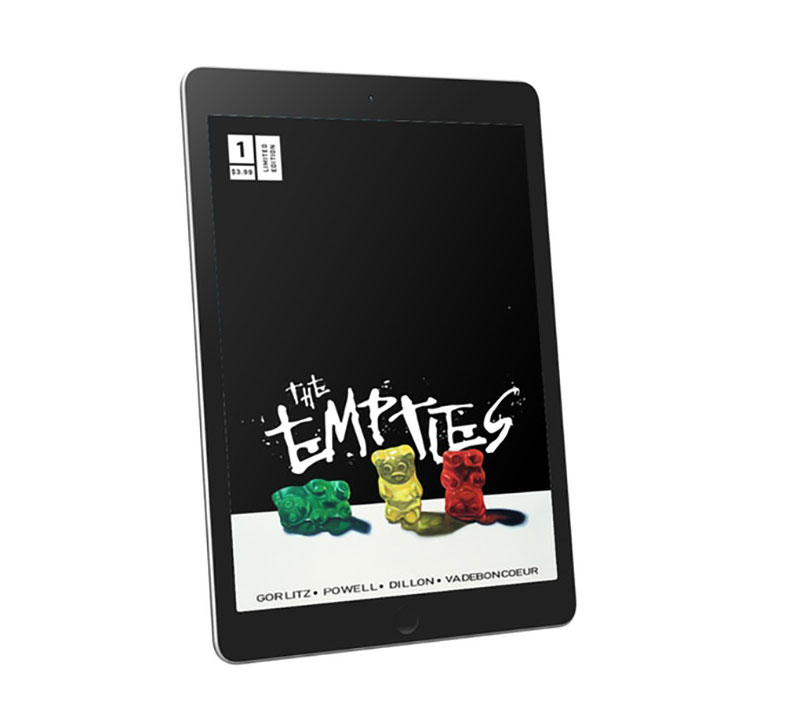 The art of the graphic novel, by Eli Powell, is somewhat of a mixed bag and nothing in the novel compares to the gut-punch effectiveness of the opening panels. While many of the scenes are drawn in thick, black-and-white lines and detail that capture the frenzied terror of both Derrick and Helen, a few of the panels appear too plainly designed, almost child-like in their frantic scribbles. Perhaps this was the artist’s intent — to convey Helen’s descent into cannibalistic madness by depicting her gruesome existence in a frenetic and chaotic lines.

Despite the inconsistency of the artwork, many of Powell’s sequences are powerful and gory, especially as the graphic novel reaches its conclusion and Helen’s hunger spins insanely out of control. 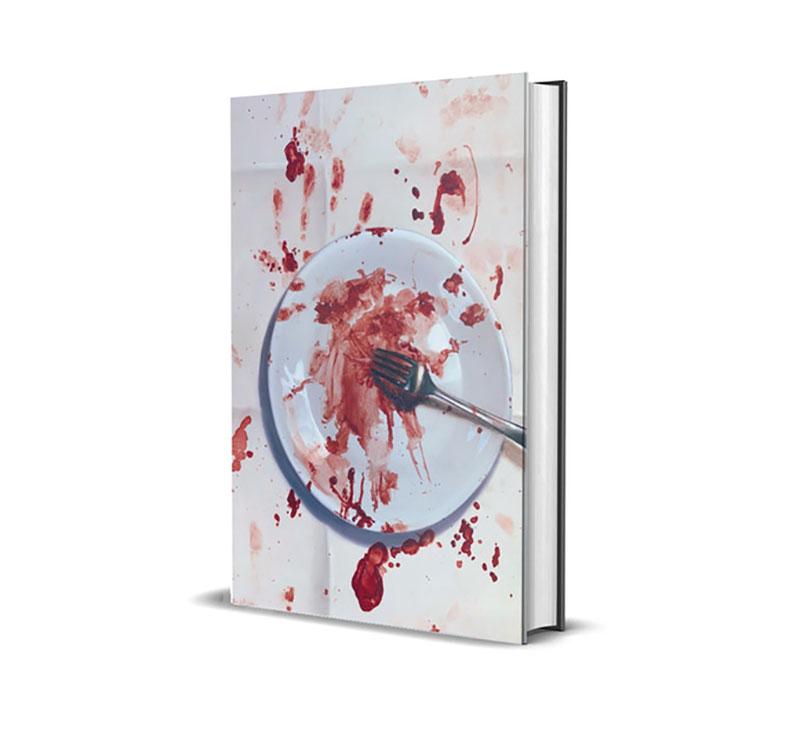 As readers might expect, the story ends tragically, but with the suggestion that the saga of The Empties has only just begun.

Perhaps Helen’s story will continue; perhaps she can be put to some kind of use in this new and violent world. Powell’s final panels — which introduce a new angle to the global impact of the outbreak — portray just how far Helen has fallen into her death-like state.

It’s a fitting, somber ending to a story that will hopefully continue in many bloody installments to come.

Readers can learn more about and help support The Empties by checking out the Kickstarter page here, where you can also download the free 32-page comic that started it all: http://www.horrorcomicbook.com.