Help fund a queer horror novel from an award-winning writer while gaining access to a wealth of resources for those in the writing community. Fresh off of editing her successful anthology The Book of Queer Saints, writer Mae Murray is working on her debut novel and needs your help making her dream a reality. Murray is an accomplished fiction and analytical writer, who is seeking support so that she can publish her novel outside of traditional publishing routes.

Murray teases her novel with this titillating line, “An abortion. A haunting. Alien abduction. A sapphic love story.”

It’s safe to say that fans of Murray’s previous LGBTQ+-themed effort will love her uniquely sapphic take on the genre. This isn’t her first contribution to LGBTQ+ horror, excluding The Book of Queer Saints. Murray is also the author of the sapphic werewolf short story “Scales Fell from Her Eyes.”

If this story is any indication of what Murray’s novel will be like, it is sure to be a tale that is beautifully melancholic and romantic.

As many creatives know, creative freedom is everything, and that is exactly what Murray wants with her first novel. The publishing world can be difficult for many people to navigate, but with some community help and a little faith, Murray wants to show people that it is possible to create a wholly original and stellar novel without the backing of a huge publishing company.

In return, Murray wants to create a community and answer questions from those who are curious about the process of writing their first novel.

Backers will not only be supporting a first novel endeavor but will also receive invaluable resources to help them with their own writing pursuits. 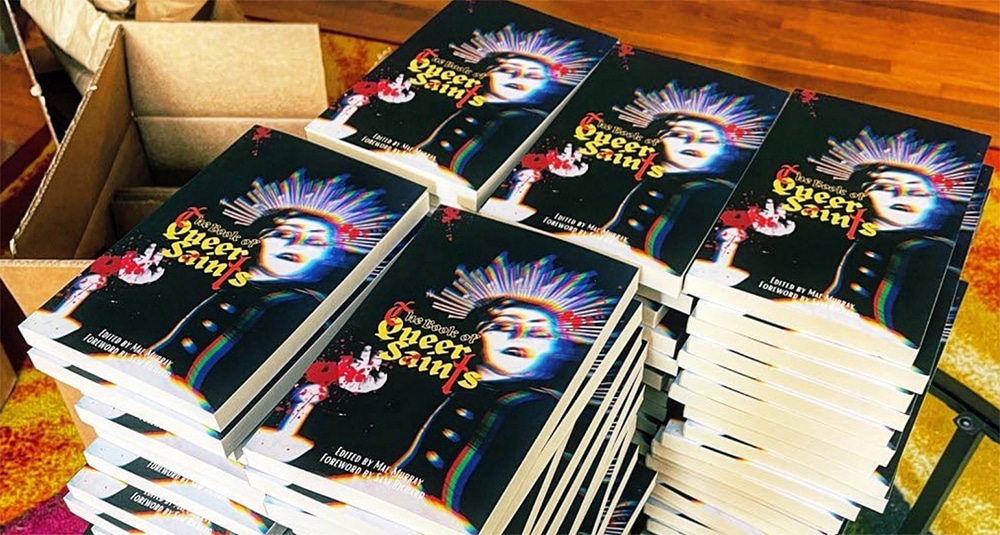 How cool is that?

Writing can be a scary and alienating process for many, but Murray hopes to dispel and assuage some of the mystique and fears that come with writing.

Murray’s Kickstarter campaign can be found here, where she details her journey as a writer who came from an impoverished background in Arkansas to the person she is today, ready to hone her own narrative as a horror author.

Murray also offers many tiers with varying levels of perks. The first starts at only five dollars where Murray will give backers access to the resources she creates while writing her first novel.

Other tiers include perks such as ebook copies of the novel, paperback copies, bookmarks, signed bookplates, and promotional art.

In order to give more information on her intent for the campaign and the campaign itself, Murray has done two Q&A videos. The first can be found here and the other here.

Murray has gone above and beyond informing current and prospective more insight and answering their questions. 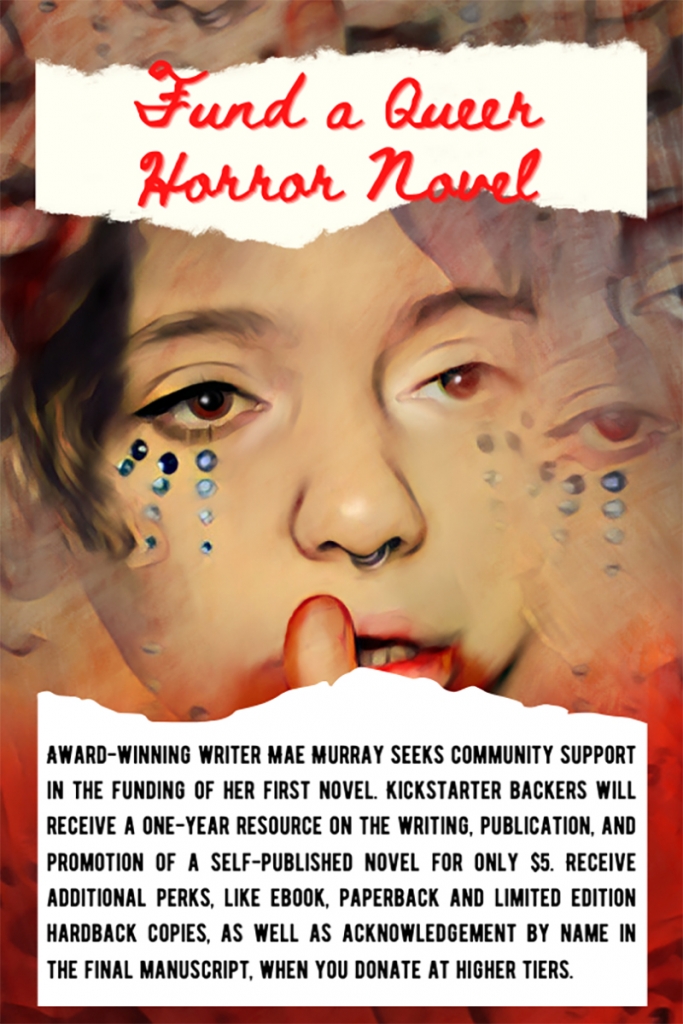 You can learn more about Murray via her website here and follow her on Twitter and Instagram. After that, you can check out her shop and buy copies of The Book of Queer Saints directly from her as well as other Queer Saints goodies.

Don’t forget to read Murray’s analytical work that has been seen on Fangoria’s site and Dread Central as well! I recommend that you start with her extremely personal Midnight Mass piece.

The campaign for Mae Murray’s debut novel ends Sun, June 12 2022 11:21 PM CDT, so make sure to get your contributions in as soon as possible and help make this writer’s dream a reality!