One of the more obscure Garbage Day picks, nothing really works about “Invasion of the Blood Farmers” — yet, it remains a must see, trashy treasure. 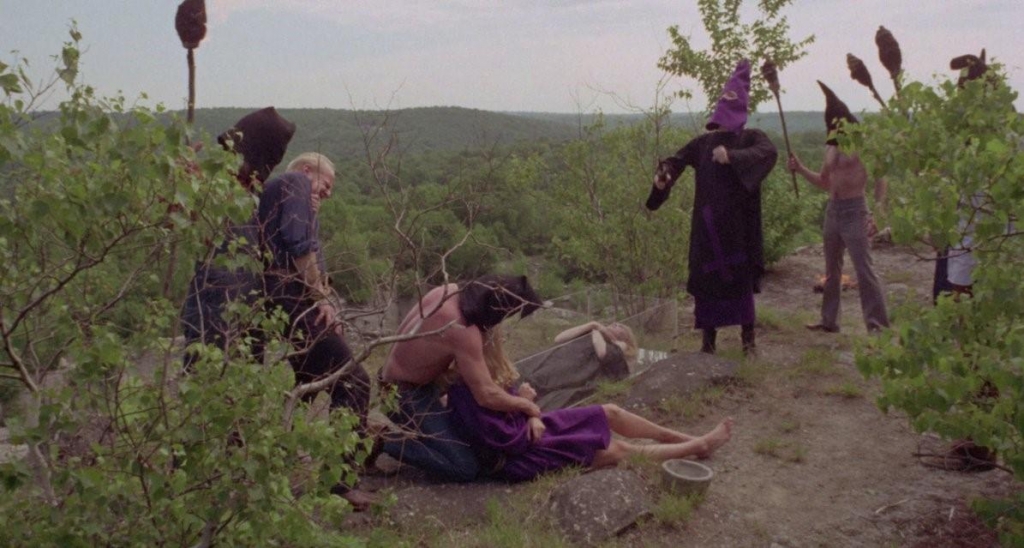 Once again there’s that smell in the air that makes you feel ill, while still drawing you in. It’s a common smell that is a little hard to place. That’s the smell of a Garbage Day —  when our cinematic dumpsters are filled with hidden trashy treasures. And yet again, I’m here to do my part for humanity by digging through the garbage heap to find the discarded gems worthy of cleaning up and presenting to you like new.

This week, I’ve found a creepy low-budget cult film called Invasion of the Blood Farmers that has that rare ability to stick with you long after you watch it.

Invasion of the Blood Farmers has everything a horror fan can hope for in a movie.

You’ve got your ridiculous Druid cult, hell-bent on reviving their queen and possibly taking over the plant. There’s the bumbling law enforcement official who can’t act. We’ve got fancy science terms to make insane plot points seem more plausible. Most importantly, Invasion of the Blood Farmers is chock full of cheesy looking, self-replicating blood. What more could you ask for in a movie? Don’t say good acting or a well written story that makes sense. We have no use for such minor details on Garbage  Day!

We start with a tale as old as time — quite literally, as the Druids in this film claim to be immortal. 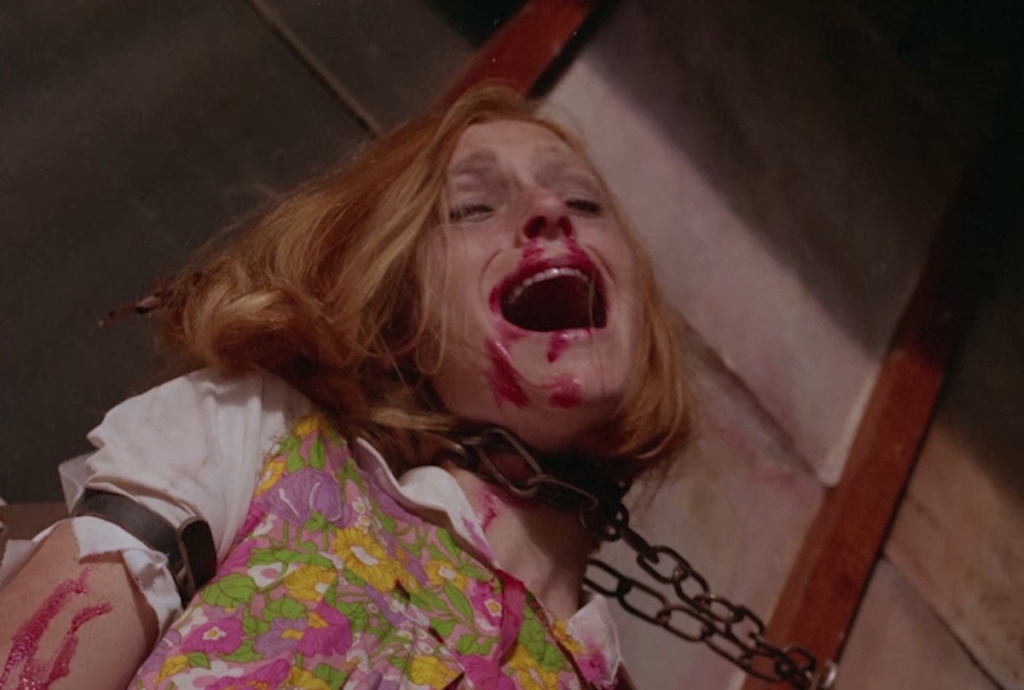 The Druid Queen of Sangroid lies in an eternal slumber, with the Prince of Darkness about to claim her soul. If she passes on, then all the Druids will die as well. In an effort to save her, the queen’s loyal followers fall upon a quiet country town and quickly begin laying waste to the local residents.

The movie opens with a man badly beaten and covered in blood, stumbling into the local bar and dying on the floor. From there, the local pathologist and his family gets involved, throwing them all headfirst into the turmoil of the Sangroid’s plan.

All of the bizarre murders committed are done so by the rage-filled Egon (Jack Neubeck, Shriek of the Mutilated). Egon beats his victims with a jeweled cane and brings them to their Druid hideout to harvest their blood. He also kills a dog, so we know he’s evil to the core. He is often shot from a low angle, which helps to accent his long face and make him appear even creepier.

The camera work with his character is some of the best, and the close-up shots are certainly unnerving. 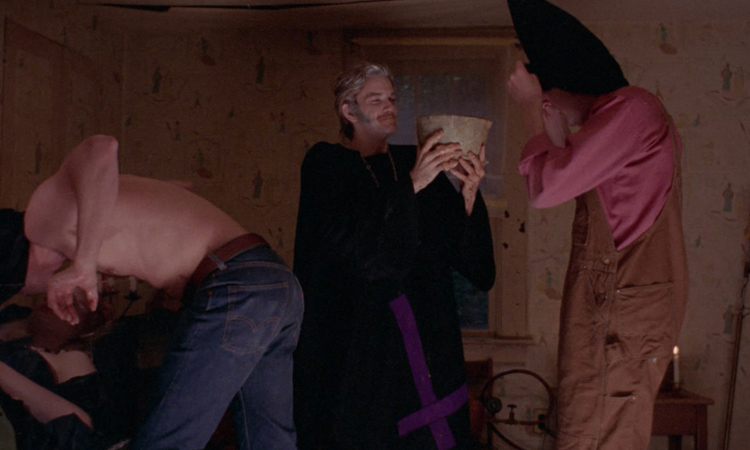 Egon is someone who the viewer feels uncomfortable with every time he is on the screen. The variety of low-angled and grainy camera shots, coupled with the strange orchestra music, creates an unsettling atmosphere that seems almost too good to have been on purpose. This atmosphere is part of what carries this film and makes it watchable.

Invasion of the Blood Farmers is an incredibly bizarre film that’s hard to look away from. While this movie might not be good in the traditional sense, it is certainly a film that is hard to forget. Whether that’s a good thing or not is up for debate. But I urge you to watch and decide for yourself.

Invasion of the Blood Farmers can be found on Amazon Prime. Give it a watch and let me know what you thought of it in the comments, or suggest something for the next Garbage Day.