Part man, part Turkey, all bad. “Blood Freak” is a schlocky look at one man’s drug-fueled path of destruction. It’s definitely a turkey…but a tasty one. 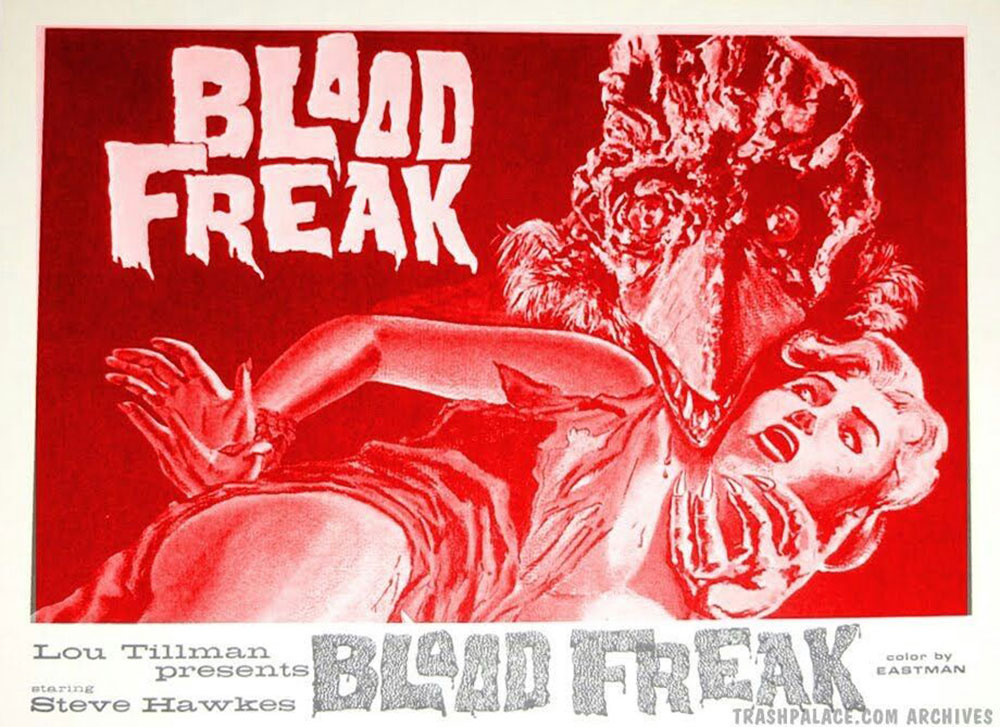 Sometimes there is a movie that is so truly and purely amazing that it demands to be watched. Sometimes there are movies that are so horrendously bad that they are deemed unwatchable by the general public. This article is not for those people. Today is Saturday, and you know what that means? It’s Garbage Day!

Garbage Day will be a bi-weekly in-depth review of some of the best of the worst. From no-budgets to made-for-TV madness, nothing is safe. For this inaugural journey into all things schlock, we travel to the Florida Turnpike where a pretty girl with a problem spelled out a clucky doom for all around her.

The 70s were a lawless time for horror movies. 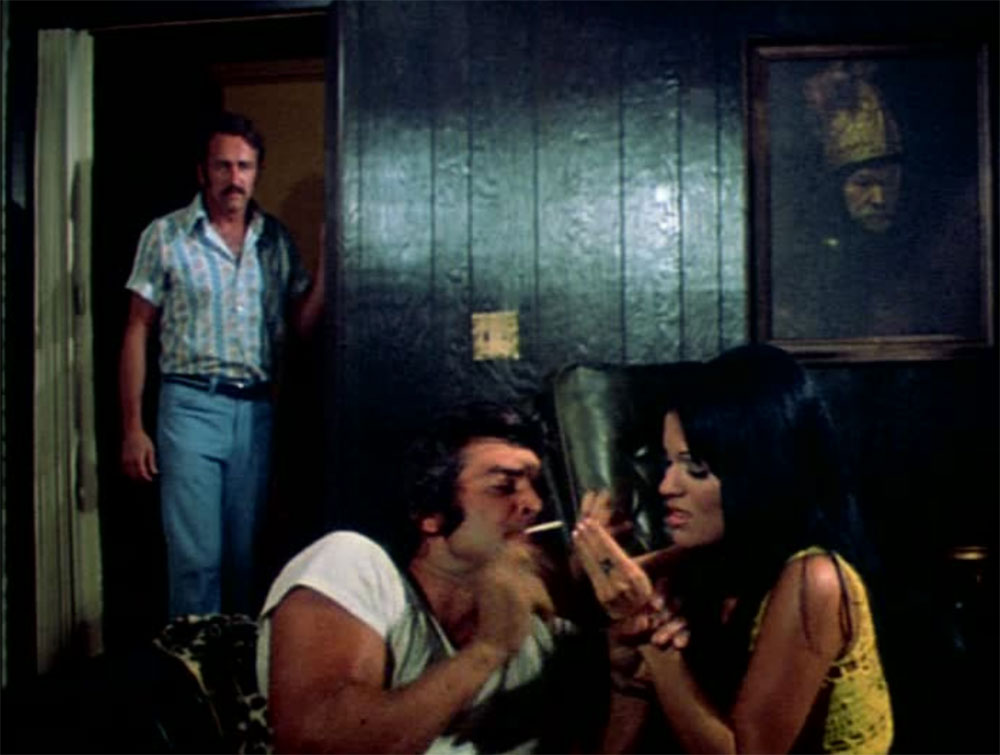 Almost anything could get made if you found someone to back it. The focus here is on the laughably anti-drug horror movie Blood Freak (aka Blood Freaks). Taking place a small amount of time after the Vietnam War, viewers follow Herschell (Steve Hawkes, Tarzan and the Brown Prince). He’s a clean-cut, straight edge veteran just taking time to find himself.

While riding his motorcycle down the turnpike he stops to help a stranded motorist named Angel (Heather Hughes, Flesh Feast). As a reward for his help, she takes him to her sister’s house, a decision that could only end one way. If you guessed, “with a pot-addicted, half man, half turkey, killing machine that has to drink the blood of other pot addicts to supplement its needs,” then is this the movie for you.

If this movie hasn’t peaked your interests yet, it only gets better. 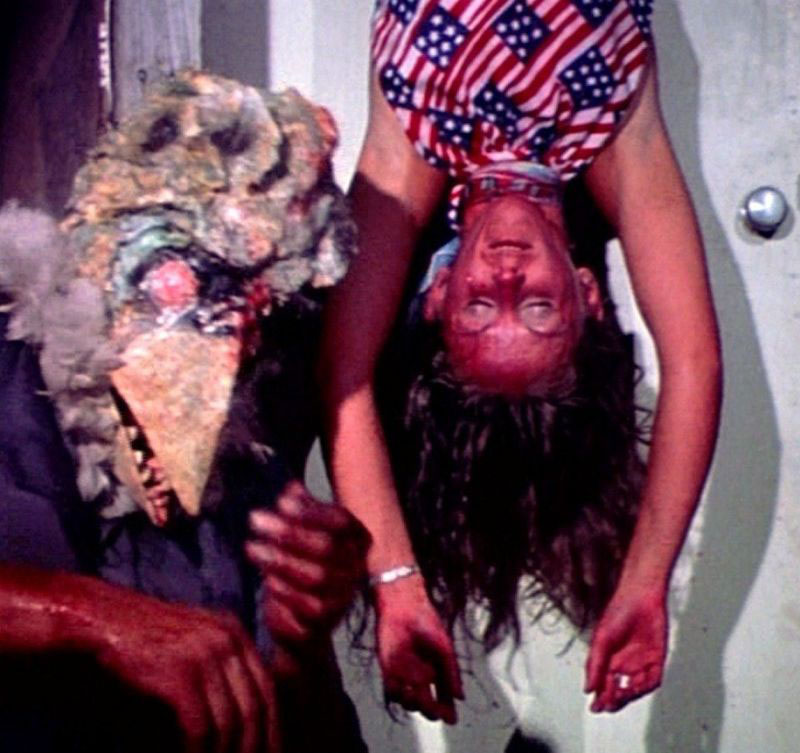 Blood Freak has all the classic 70s movie themes. It has flashy colors, oversaturated camera shots, painfully loud introduction music — and best of all, a director that comes in intermittently throughout the film to further explain what is happening. So in case you get confused or lost as Herschell transforms into a killer beast, you have a chain-smoking older man reading from a script to put it all in perspective.

One thing Blood Freak lacks is any form of character development. Herschell doesn’t slowly become a drug crazed, turkey headed killer. In fact these transformations happen instantly. He is hooked the first time he tries pot, and that becomes the driving factor for the rest of the film.

Angel is almost non-existent after she unintentionally gets Herschell involved in her sister’s drug party. Anne only exists as a connection for Herschell to his drug supply. Lastly, the other addicts exist solely to be later murdered by Turshcell (Turkey Herschell, Patent Pending).

Turshcell is the high point of the film. 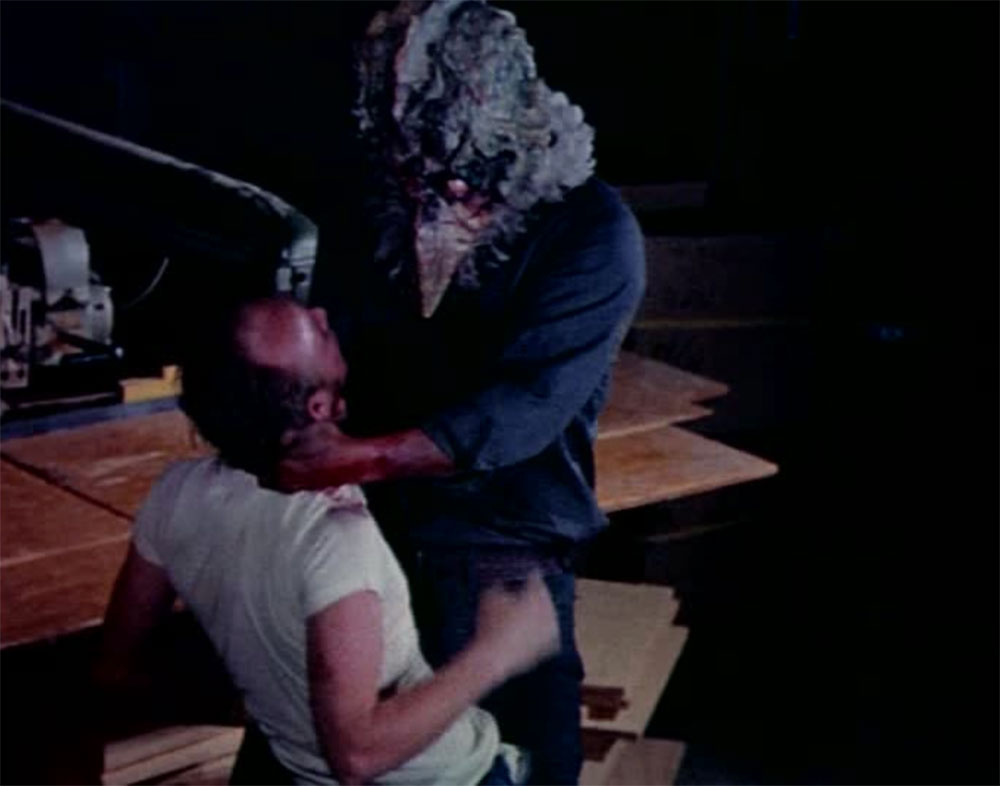 While the dialogue and ham-fisted morals of this movie might have suffered by its lack of budget and creative minds, the practical effects work to transform Herschell into Turshcell are incredibly impressive. Once the transformation finally takes hold, it is impossible for the viewer to distinguish between what was once Herschell and what was once turkey.

The producers really made sure that Turshcell wasn’t just the actor in a rubbery-looking turkey head mask. 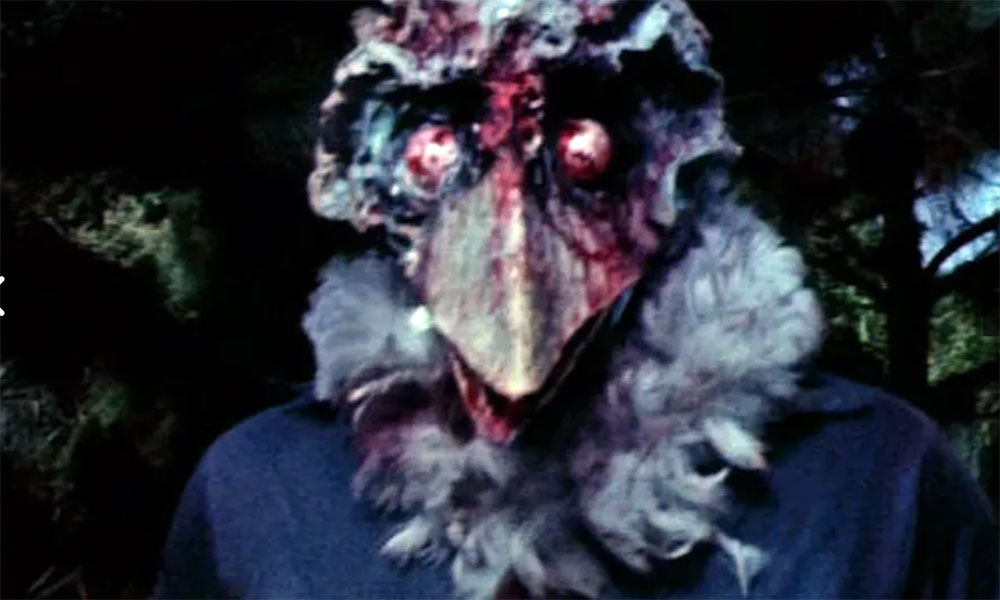 This horrifying meld of two creatures gave me nightmares for months after watching.

Oh wait, I am looking over the picture now, and it seems Turshcell really is just the actor in a rubbery-looking turkey head mask. Forget everything I just said.

This movie is a treat, but it might just leave a bad taste in your mouth. 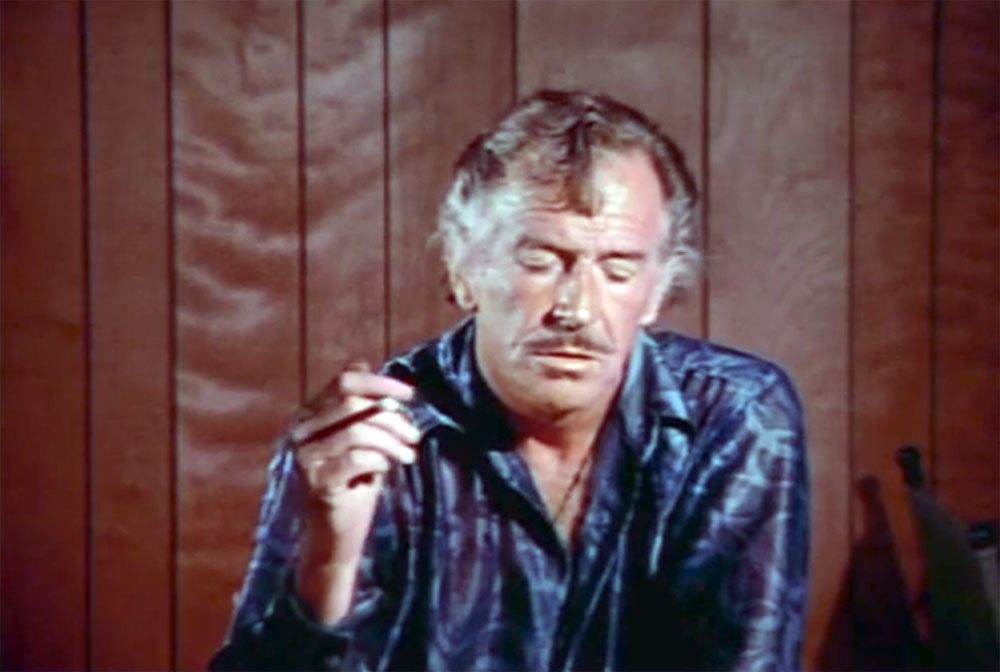 Sure the dialogue, the effects, the plot, the kill scenes, and the music are all bad — but not in a way that make Blood Freak unwatchable. Quite the opposite. Blood Freak is so ham-fisted that it comes out looking hilarious.

This is a jaw-dropping ride of a movie that can be enjoyed alone or with friends. It pairs extremely well with a couple of drinks and an understanding of how truly bad the movie you are watching is.

This is a solid 5/5 on the garbage meter, and it is a must watch for fans of cheesy bad horror.

Viewers are in luck, as the whole film can be found on YouTube.