Every clown has their day. Not every clown is great, and neither is every day. But one day reigns supreme for trashy clowns, and that’s Garbage Day. 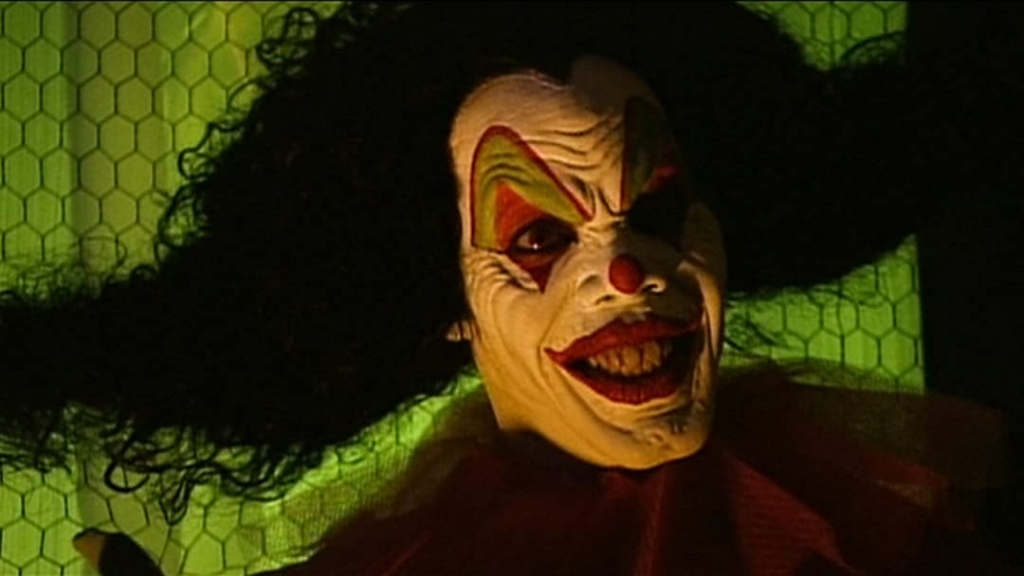 Today, we are talking about everyone’s favorite supernatural killer clown. He has magical powers, can appear almost anywhere while seemingly altering reality around him, and he has a string of creepy one-liners. That’s right, today’s Garbage Day is focusing on none other than the iconic Killjoy the clown.

Your average viewer might look at Killjoy (2000) and think that it’s just another poorly made killer clown movie. But Killjoy is much more than that. It has love that surpasses life itself, budding actors and actresses in starring roles, clever commentary on real life socio-economic issues, and iconic costume design.

Best of all, on top of all that, Killjoy is also a really poorly made killer clown movie. And that wind-up humor is exactly the kind of jokes viewers will be bombarded with when they give this movie a chance.

With its ham-fisted dialogue, outlandish costumes, and often trash-filled sets, Killjoy has something for everyone. 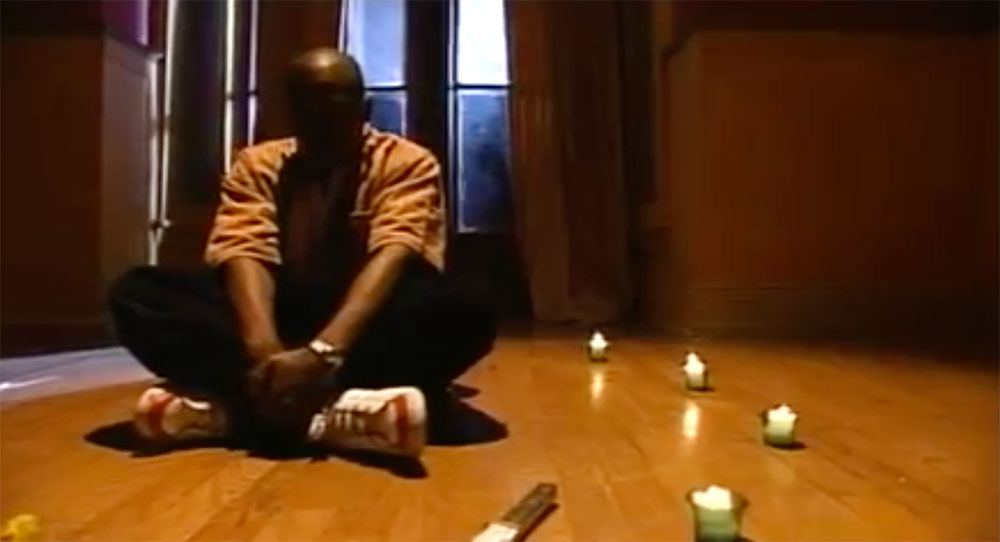 Killjoy starts off following young and in love Michael. He longs for a girl that he cannot have, Jada, and is beat up by her boyfriend and his friends when he talks to her. So Michael explores the only option he feels has left: To try and summon a killer demon into a doll using the black magic that he just so happens to regularly practice.

However, before Michael can realize if his evil spell has worked, he is abducted, harassed, and then shot to death by his love’s gangster boyfriend Lorenzo and his two goons.  It is this horrible accident that finally opens Jada’s eyes to how truly awful Lorenzo is, as up until this point she was willing to forgive his rampant misogyny, drug dealing, and destruction of their neighborhood through violence and drug dealing.

Fast forward a few years. Lorenzo is still as awful as always, but Jada has finally found true happiness with a nice guy. Viewers might be wondering where the clown is, because by this point in the movie a decent amount of time has already passed. Well, thankfully, this is where Lorenzo’s goons come into play, as they just can’t seem to avoid the creepy and entirely out of place ice cream truck that is patrolling their neighborhood. 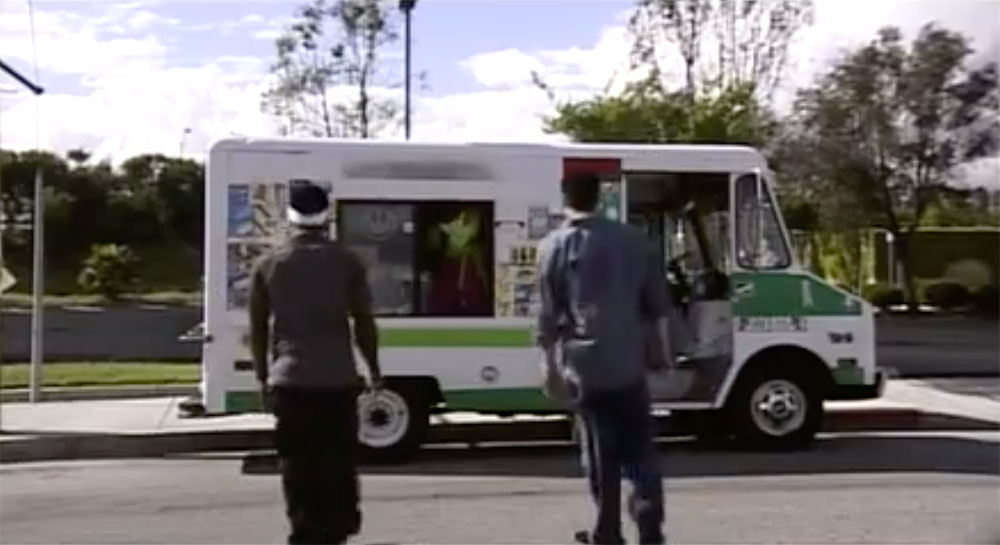 What follows, set wise, is a low-budget mash-up of every 90’s rave aesthetic with an alley full of trash.

When Killjoy finally bounds on the screen and starts spewing awful one-liners while tormenting the only 6 cast members in this entire movie, things start to look up. Well, not so much up — more like a car crash happening in super slow motion.

You know it’s bad, and at times it even hurts you to watch, but there is something that keeps you pinned to it. You can’t look away or stop watching even if you wanted to.

But the truth is, Killjoy, in all its awfulness, is a really fun movie. 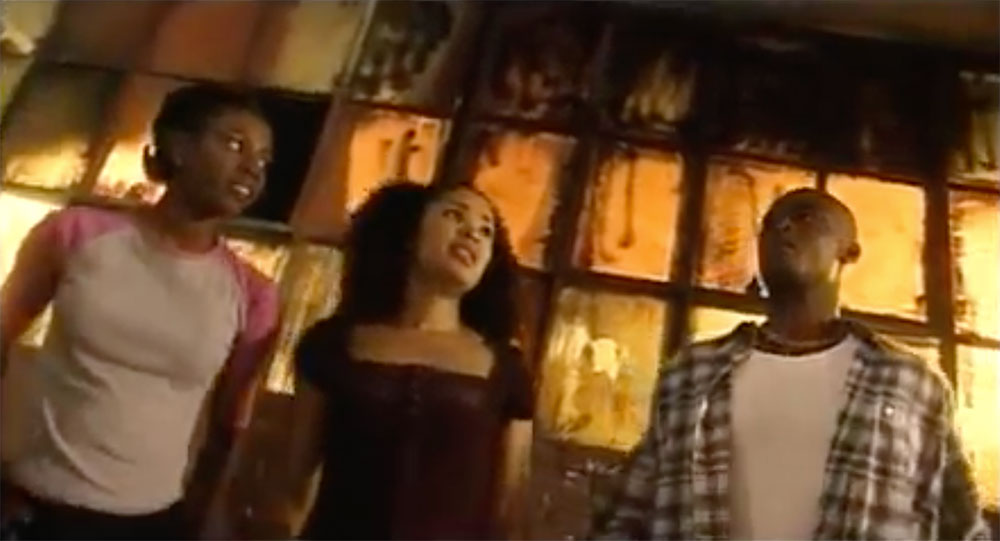 Yes, the pacing is really bad at the beginning, and the dialogue is as cheesy as it comes. But Angel Vargas (Street Knight), as the original Killjoy, creates something amazing with his deliverance and over-the-top clown costume. That character design helped to drag this potentially unwatchable film out of the mud and give it an almost iconic cult status amongst bad horror films.

Killjoy spawned 3 sequels for a reason. And while they lack some of the heart of the original, they can still be fun movies.

One complaint about the sequels is often how they seem white-washed, as Killjoy was almost entirely cast with black actors and actresses, while in the later films their numbers drop considerably.

Killjoy is not for everyone, and at times it makes the viewer wonder if it really should be watched by anyone. 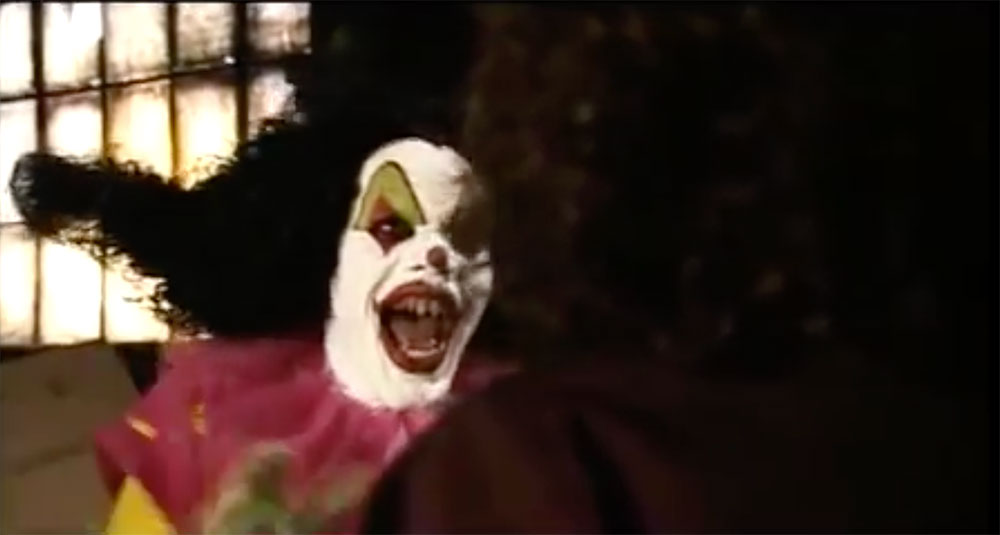 It can easily be found on Tubi, or attached to a multi-pack with the rest of the films. It’s a film best watched with a strong willed group of friends and an even stronger beverage.

I give Killjoy 4 garbage bags out of 5. It’s the perfect trashy film for yet another fun watch on Garbage Day — or any day you crave some mindless fun.

As always, leave me a comment or a suggestion if there is a movie you think I should check out and feature in this column.

Ever since watching Night of the Living Dead as a kid, horror has held a special place in my life. Willing to see any movie, no matter what the reviews are. I am always on the hunt for that next hidden gem. You can follow what I'm watching on my Instagram @bad_horror. Read Full
More posts by the Author »