This garbage day, we celebrate the underrated B movie gem “Big Ass Spider!”; it spins a wickedly entertaining web, sure to ensnare you till the very end. 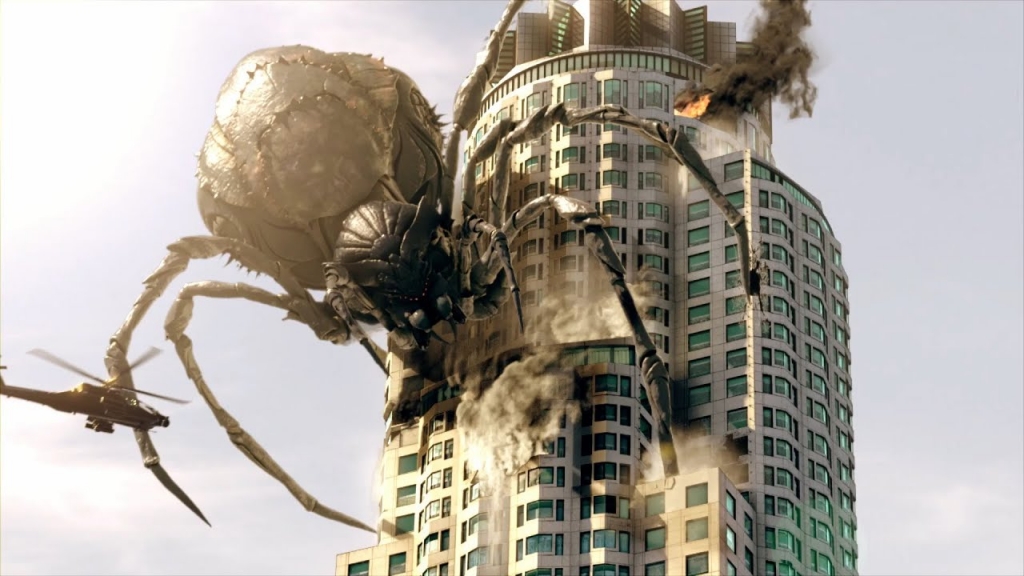 Garbage is disgusting. It can be full of little creepy crawlies just waiting to jump out and get you. Sometimes those creepy crawlies are bigger than expected… much bigger. Let’s go dumpster diving and hope we don’t get bit this garbage day with the sci-fi original Big Ass Spider!

Insect horror films are a dime a dozen. While some have exploded into cult status, such as 8 Legged Freaks, very few are worth the mention. Often, these films are fun to watch while they air, but are instantly forgotten once the credits roll. Big Ass Spider! is a film undeserving of that fate.

Big Ass Spider! feels like a made-for-tv movie, and honestly that works really well for it. While the acting can come across as over the top and a little cheesy at times, it fits the mold that this movie has unwittingly stumbled into.

Okay, so maybe the story is a bit of a stretch. But the viewer never feels like it is out of the realm of possibility for the world the movie builds.

In fact, world building is one of the film’s hidden strengths.

Viewers are given a world that resembles our own, making both the situation and the characters more believable.

Alex Mathis (Greg Gunberg, Alias) looks, sounds, and acts exactly like every movie and TV exterminator we have ever seen. He is a loveable buffoon that we can’t help but root for. And most importantly, underneath his goofy exterior, he is quite good at his job. Alex might just be an example of a “right person, right place, right time” kind of hero. But his adventure never feels forced. From start to finish, it is incredibly entertaining to watch Alex as he battles the monster giant spider.

With a name like Big Ass Spider!, you expect to see a giant spider raining terror down on unsuspecting city-folk. And this movie delivers just that.

Yeah, giant spiders aren’t anything that original, and even making it have alien DNA doesn’t change the game. But who cares really? Nobody watches movies like this expecting the mold to be shattered. We watch because we want to see some (hopefully) decent CGI creatures destroy things. 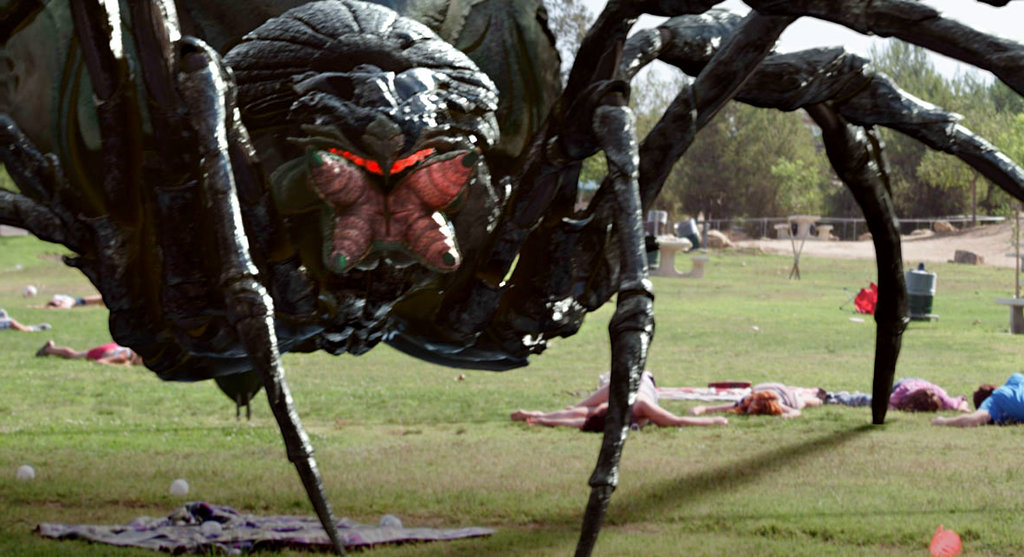 Big Ass Spider! isn’t the kind of movie that wins awards, but it is the perfect home viewing popcorn film. It’s light, fun, and written well enough that viewers can escape into it with maximum enjoyment.

Don’t just trust me on this one. The film has been slowly building a following for years after its 2013 release date. Who knows? If enough people check it out, we might actually get the hinted at sequel. And that would be a big ass treat!