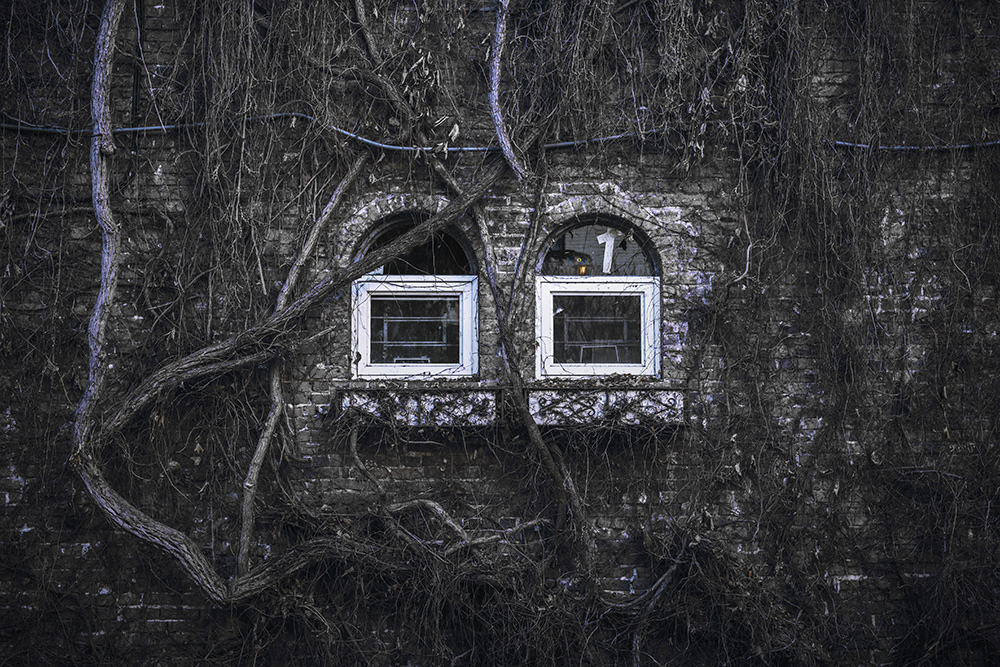 The trees smelled like mold and wet rubber. Her curiosity encouraged her to violate his trust further, so she reached for one of the leaves that was still on a branch. As soon as her skin touched it the tree let out a frustrated shriek. The vines that she found so unsettling began to wrap around her hand. They frantically coiled up her arm, all the while trembling and shrieking. As if the nightmare couldn’t get any worse, the vines began pulling her forward. She forced her bare heels into the ground to stop, but she was pulled helplessly towards the black, tortured, disgusting tree.

“Give in to me, I am hungry for a tasty chunk of meat!”

Her problem was getting stranger and more desperate by the second. The talking was such a ridiculous development that she wasn’t even that affected by it.

“Give in to me, I am hungry for a tasty feminine treat!” 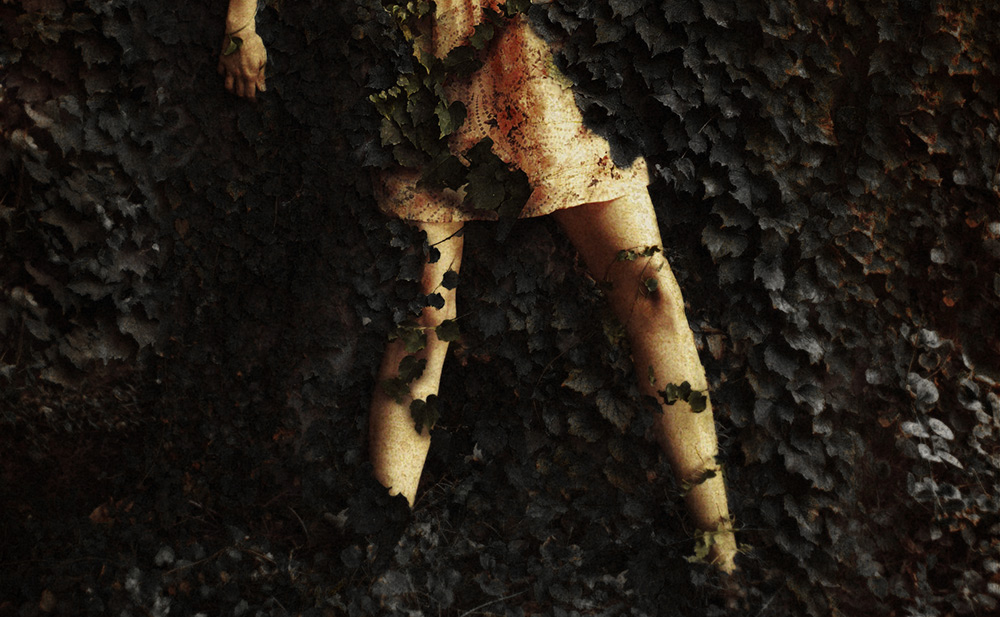 She fought the vines like she never fought anything before. A second shriek scraped across her eardrums, though this one was different from the first. It didn’t come from the trees. It came from her! As she fought for what was clearly her life, a violent and determined cry erupted from her body.

“Give in to me, it’s been so long since I’ve had anything tasty to eat!”

She could feel the vines starting to snap. But they didn’t snap like normal vines would. These vines seemed much more organic and alive. As she tore through them, they sprayed black sludge all over her. Screams of pain emanated from the tree as she shook what was left of the torn vines off of her arm. Now the terror would begin. 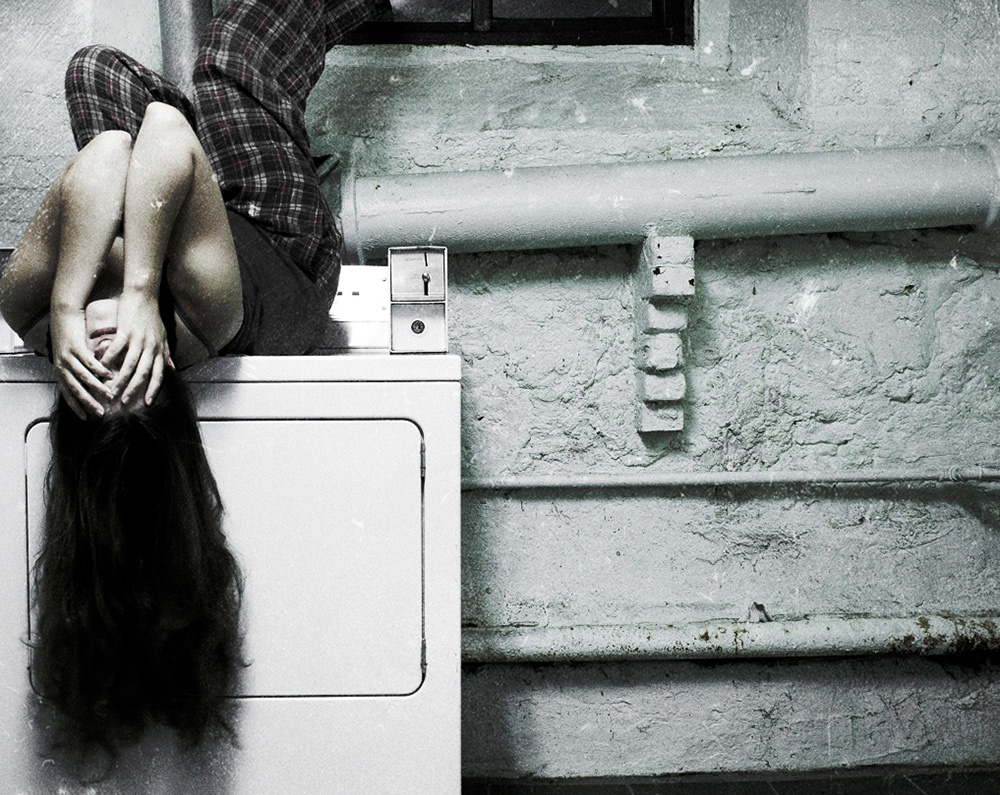 Cycle after cycle, and after half a bottle of detergent, the owner’s blue egg shirt would not come clean. She eventually gave up, after drying time was worked into the washing process. The owner would simply have to accept that there was now black something on his shirt. The only remaining problem was to cook up a reason why she went into the tree patch. There was no use pretending the black stains came from anywhere else. He takes care of these trees, so he has to know what the sap looks like.

He came back to the apartment with his usual smile. She approached him, shirt in hand. Before she got a chance to say anything he roared with fury, grabbed her hair, and led her upstairs to the roof. He raved and bellowed and babbled about how every girl falls for the black trees. All evidence of the man she was falling in love with disappeared. She was in the hands of a lunatic, as if he were some kind of storybook madman. 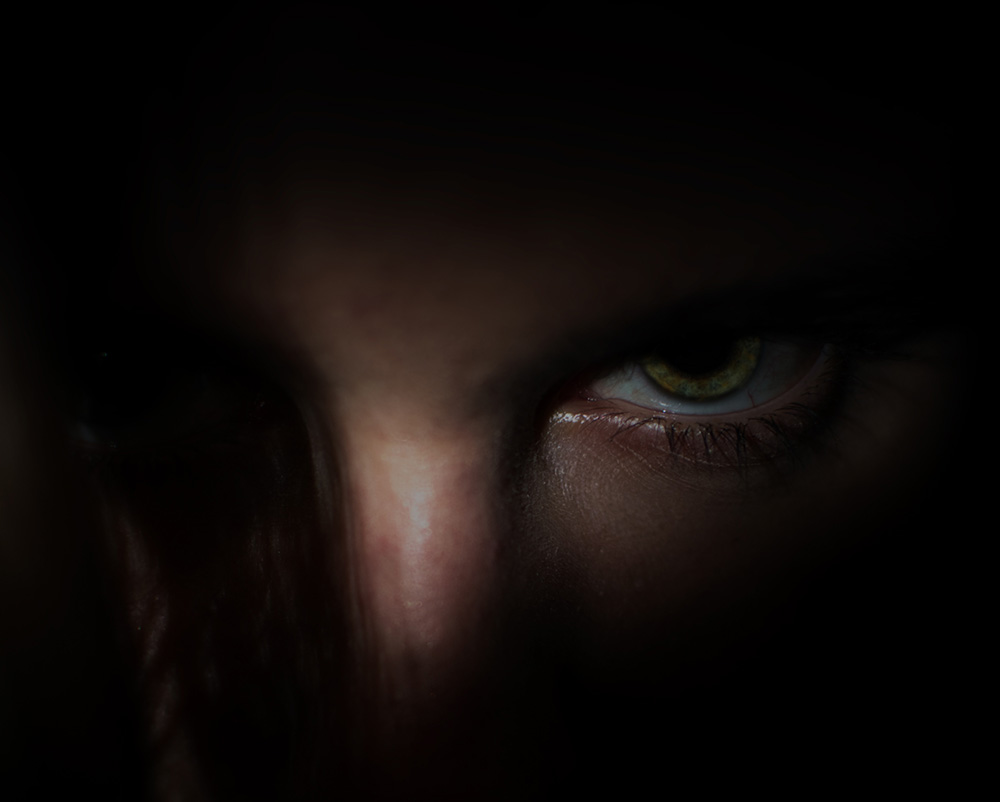 “At first I actually thought you would avoid the trees. I was sly with my trickery, but not only were you a fool like everyone else, you did it in the most ridiculously careless way possible. You wore my favorite shirt! What a stupid girl! I’m going to enjoy watching my three black tree-witches eat you!”

Tree-witches? Was she in some kind of fairy tale? No, she was not. In 2017? In the city? She fought him as he pulled her closer to the trees, and her reality began to show itself clearly in her mind. A black apartment building, with bricks of demon and goblin faces? Hugged by a comforter of vines? This couldn’t be happening. Mother was right. Again. But if only she knew the way in which she was right.

Clea fought, but he dragged her to the trees. She was failing, and soon being torn to shreds by those damp vines would be the last thing she knew before death. As much as she feared this fate, the true source of her determination came from her will to prove her mother wrong. The trees reached for her, and those witchy shrieks echoed from inside the bark. 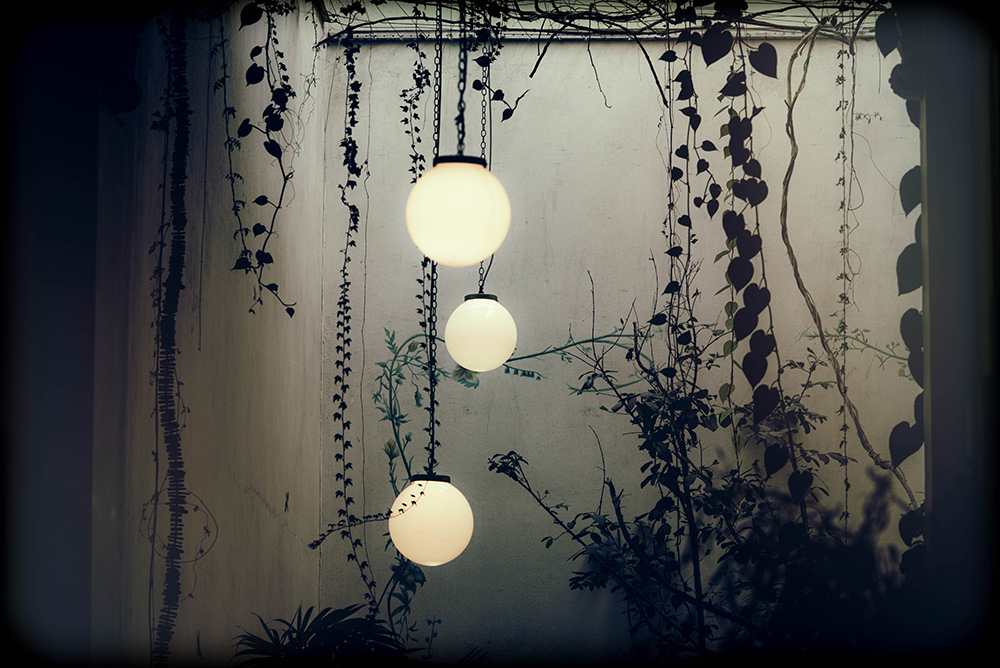 At the moment the trees grabbed hold of her, she tripped the owner and he fell face-first into the clawing and desperate vines of the tree-witches. His body was pulled apart, and the snapping of his limbs sounded like beef jerky being snapped in half. Clea was sprayed with blood, but she was too tired to immediately wipe it away. There was no other way to say it: the building owner was absorbed by the trees.

“We knew you would give in to us and serve us a treat!”

She smiled, and noticed the blue t-shirt on the ground. She picked it up, wiped the blood off her face, and threw it into the swirling, breathing, quivering vines.  Her mind soon drifted to the question of who she would feed the witch-trees the next time they demanded food.

Fairy tales measure themselves not IN time, but UPON it.  They will endure, and survive the passing of time, as long as we keep telling them.