The Garden of Black Leaves (Part One)

Light a candle and pull a blanket close, for I am about to tell a tale that will freeze your heart with terror.  As you read these words, I enter your imagination.  Do you trust me? You shouldn’t. My words are not safe, and neither is my story. 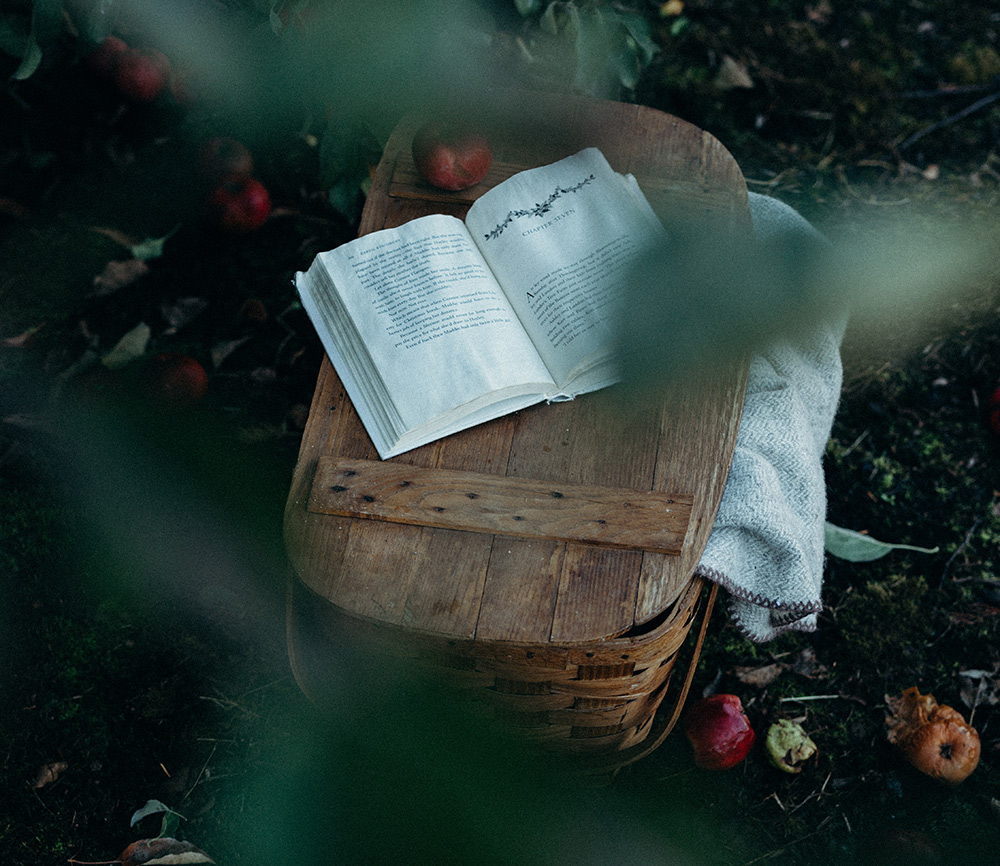 It began on a fine summer morning with lovely, lonely Clea. After searching countless websites for the perfect apartment, she finally found one. And in Manhattan, no less! Imagine her excitement. Her mother questioned why it was so affordable — “suspiciously affordable,” her mother said. But mother always doubted her decisions. She often wondered if it was out of love and concern, or if she just didn’t think Clea was smart enough to handle the difficult things in life.  Her mother was wrong, though. Clea could handle anything.

When her grandmother was dying, Clea would bring her a care package every day to make her passing more comfortable. Wine and cheese, every day, in abundance. The richest red drink, and a generous block of Sartori Montamore. Grandmother doubted there was a better way to go. Clea never seemed to encounter a problem walking to grandmother’s house, even though the neighborhood was dangerous, full of poison sellers and money stealers. 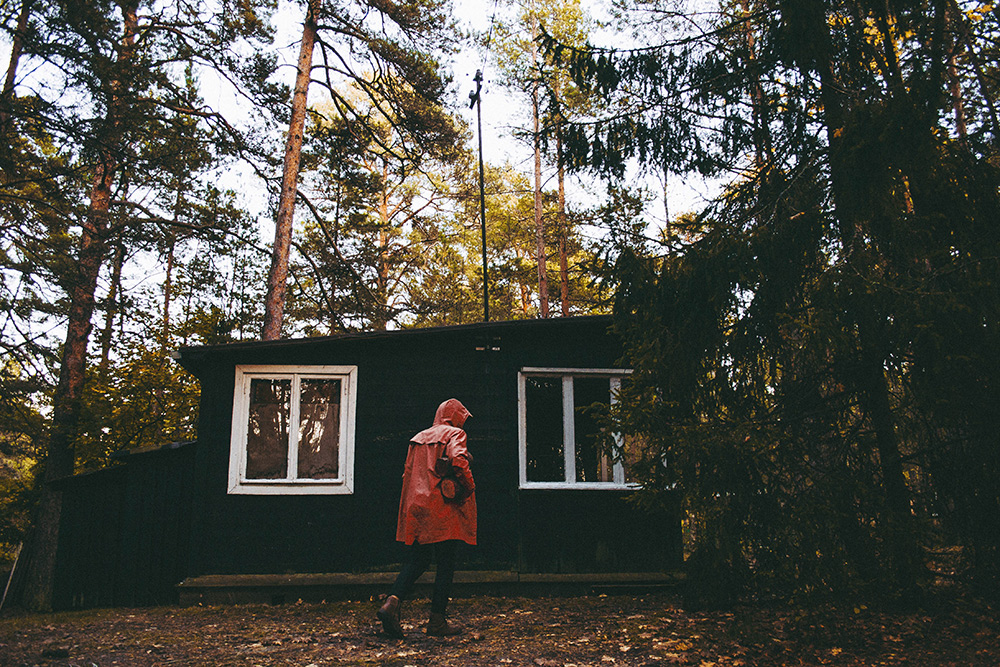 The greasy sidewalks were overcrowded with garbage, and forever tainted with mustard from unfinished hot-dogs, and crushed Styrofoam cups with dirty black footprints on them. Clea just stepped over the lot of it. And what was there to worry about, anyway? She had her gun, tucked away tightly in one of the many small pockets of her red raincoat.

Clea always wore her red raincoat, even when it didn’t rain. It shined so brilliantly, and fit her like the cape of a superhero.

Her mother helped with the packing, and since Clea owned no furniture (besides her bed), the move basically consisted of boxes upon boxes of books, DVDs, and her computer. The apartment building itself was an odd-looking thing. Although it fit quite nicely among the other structures, her new apartment building was extremely tall, and the bricks were black. She doubted there was anything blacker, except maybe coal. This alone sent her imagination running, but when she looked closely, certain bricks had elaborate demon and goblin faces carved into them. The cherry on the terror sundae, however, was the intricate web of vines twisting and twirling up to the top of the building.  It was difficult to tell where they came from. Old woods, buried by concrete long ago?  An abandoned basement? 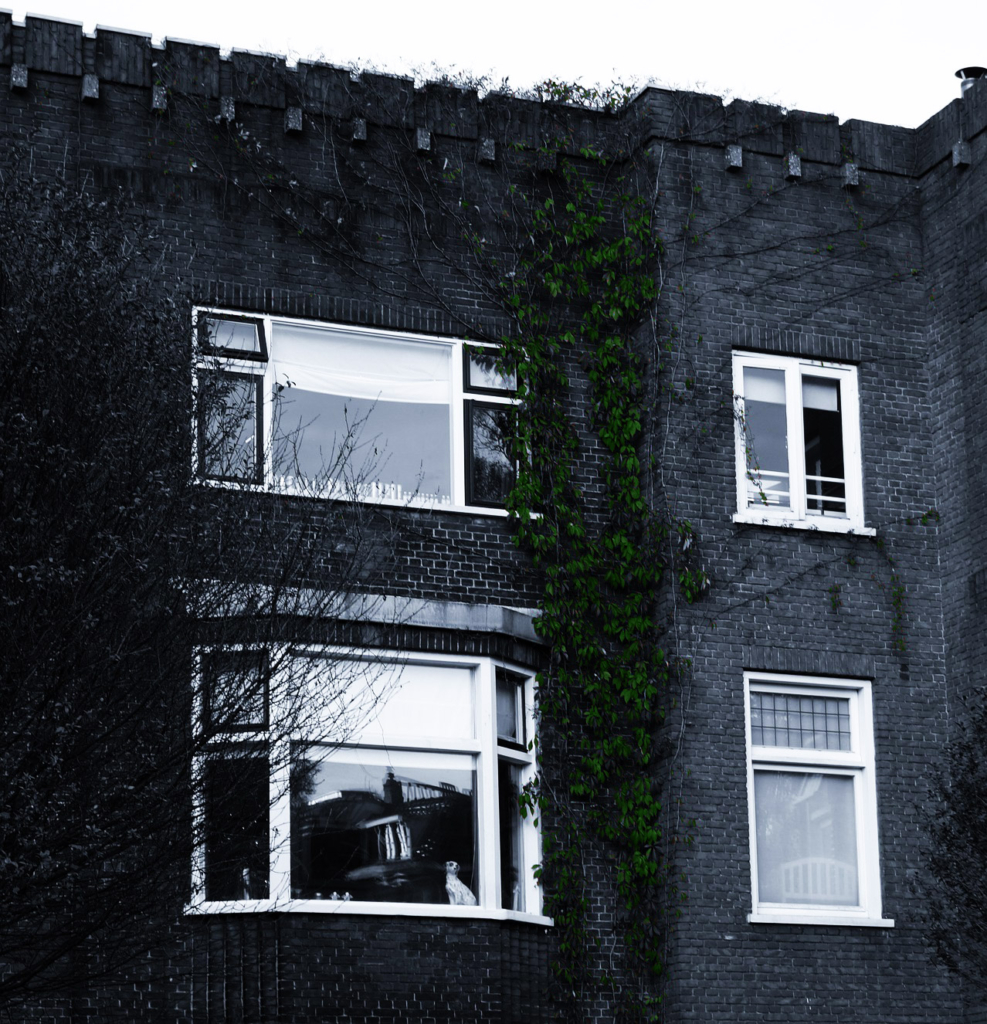 The owner of the building met her on the stairway leading to her thirteenth-floor apartment. It was a gorgeous apartment, which she told him the first time he showed it to her. He asked her if she wanted the apartment number changed — 13666 — but she chuckled at the thought of such superstitions. The fact that the owner was wearing the same blue t-shirt that he was wearing when she toured the building was much more disquieting. The shirt had an egg on it. There was nothing fancy about it, and it had no style beyond being strikingly random. It was just a blue shirt with an egg. The owner was oddly charming, despite his clothing. He gave her knowing glances and grins, and every other sentence he spoke was innocent cleverness. None of his remarks were inappropriate. Every strange and funny thing he said was absolutely perfect. She found him to be a very comforting, quirky, and honorable presence.

The owner was no grand prince, however, and his gentlemanly demeanor was merely the bedsheet under which the evil fox hid. Every day he checked on her, to see if she needed anything. Tools? Silverware? Candles? She didn’t mind the daily visit, but it was odd. She figured sooner or later he was going to ask her out.  And the day after she finished unpacking, the wolf found his opportunity to pounce on her. He didn’t ask her out on a date, specifically. It was strange yet charming, just like everything else about him. He asked her if she would like to help him tend to his garden on the roof. It covered almost the entire building perimeter, and was mostly a breeding ground for exotic flowers. 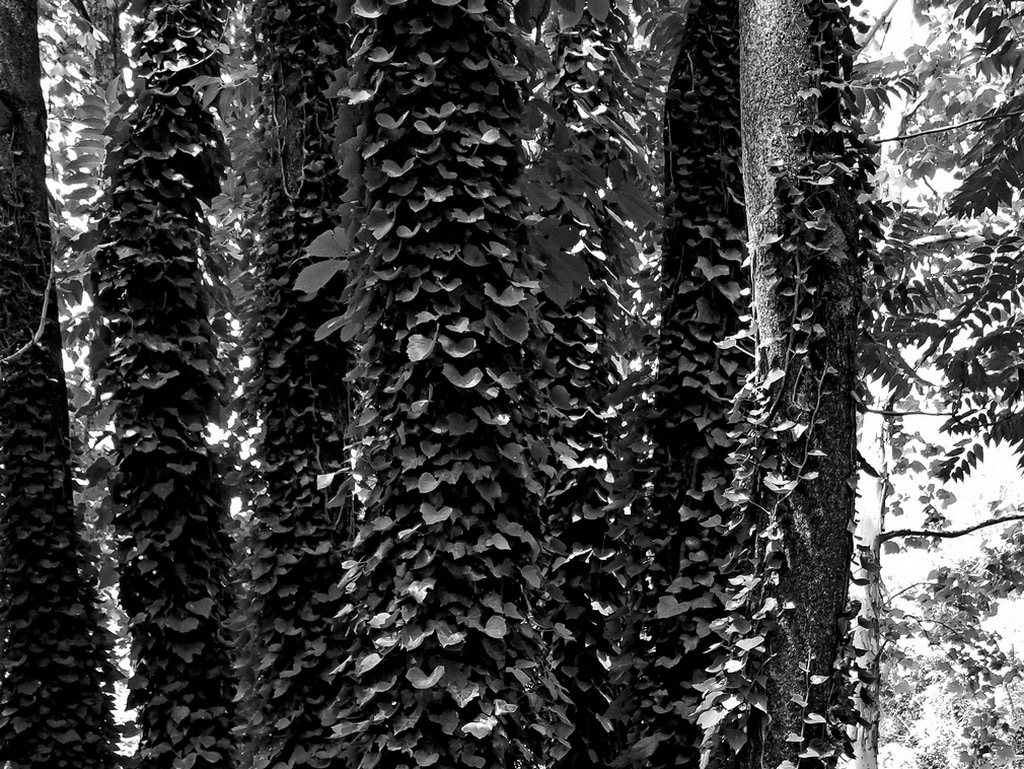 There were a few rows of vegetables, though. The classic tomato, a long row of lettuce, things like that. And further in the back, in the left-hand corner of the building, there was a group of three trees. They were black, actually even blacker than the bricks the building was made of. From out of the branches of these trees poured the dark green vines she saw covering the face of the building. The vines were impossibly long, and if you looked close enough you could almost see them slithering and growing.

Masses of wet, tar-like black leaves sprouted in grotesque patches all over the branches. The ground that was spitting up these black forest nightmares was covered with them, which made the soil shiny, slippery, and quite disgusting. She helped her landlord every day with the garden, and as time went by, a very intimate friendship grew between them. 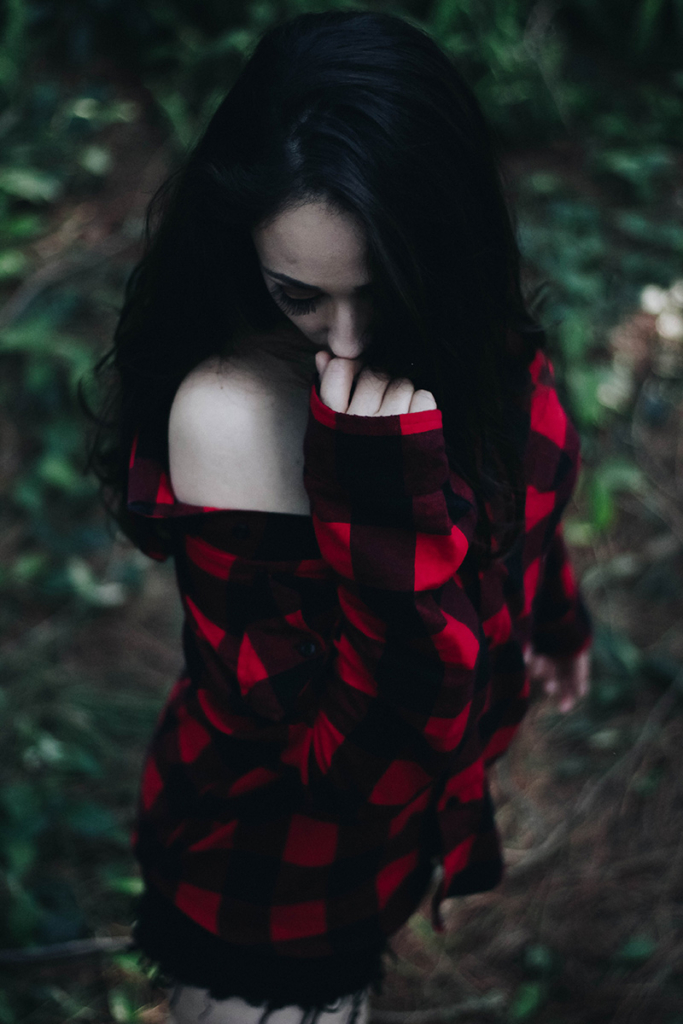 In truth, he was a sinister trickster, merely playing the role of the gentleman, as if it were his Halloween costume. She was never fussed over the way he fussed over her. It was very intoxicating to her ego, but she told herself on countless occasions that she wouldn’t let it hold too firm of a grip on her. Her mother would definitely warn her to be cautious of any man this nice. But her mother was always so careful and terrified of everything.

For several very simple and pleasant weeks, Clea and the building owner tended to his opulent garden. Every night they enjoyed his fantastic and exotic cooking.  Things could not get any better for Clea.

And, just like all scary stories — indeed, just like so many situations in life — that is exactly when everything fell apart. 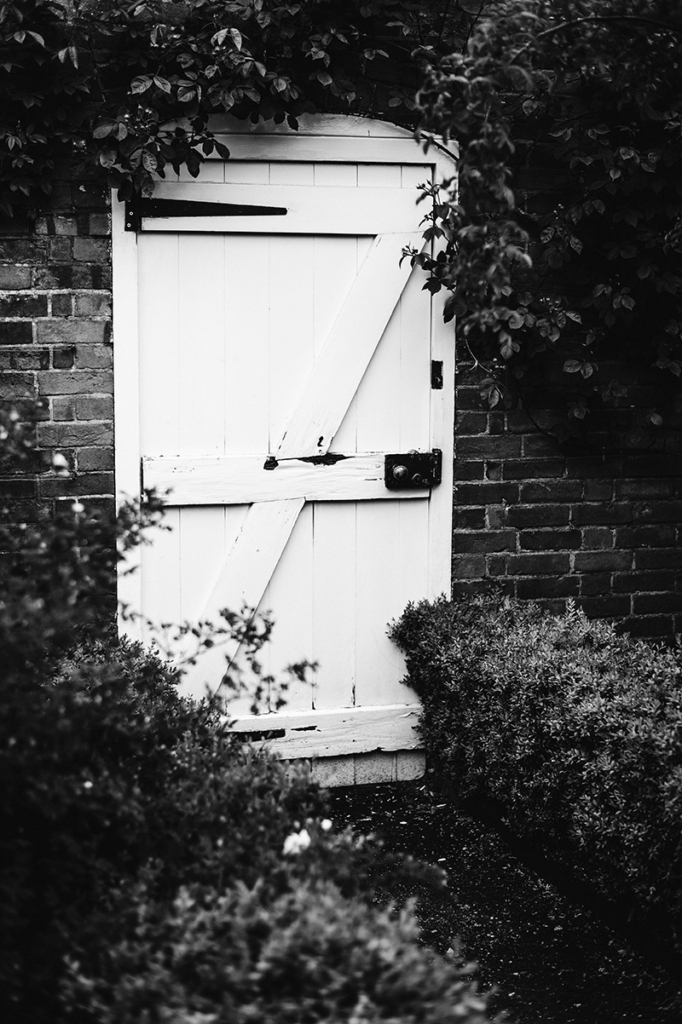 Clea was constantly nagged with curiosity regarding the trio of mutant black trees on the roof.  The owner warned her repeatedly to stay away from them. Indeed, it was one of the only things he seemed aggressive about. It was clear he was up to no good, but she was so proud of her maturity and street-wise independence, living in the city like this, all by herself, that she didn’t notice.

One morning, when the owner went on his rounds to check on his building, Clea decided to take a closer look at the black trees. She spent the previous three nights sleeping over at his apartment, and she was beginning to feel very comfortable being a part of his life. And so, when she nonchalantly grabbed his blue egg t-shirt to wear, it was plain to see she was also comfortable being in his skin.

She creeped up the stairwell to the garden, then tip-toed to the tree patch. It was as if they shivered with anticipation as she stepped onto the soft, sticky black leaves that coated the ground.