They say third time’s a charm, but “Blade Trinity” challenges that idea with the most ridiculous entry in the popular franchise.

EPISODE SUMMARY
We ran a poll on social media platforms to see which film we would look at in our “Corny Comic Book Horror” edition. Would it be 2004’s Blade Trinity or 2007’s Ghost Rider? It was a pretty tight vote but in the end, you went for the day-walker Blade in his silliest on-screen adventure.

ABOUT THIS EPISODE: “BLADE TRINITY” WITH GUESTS LEX JONES AND MICHAEL PETERSON 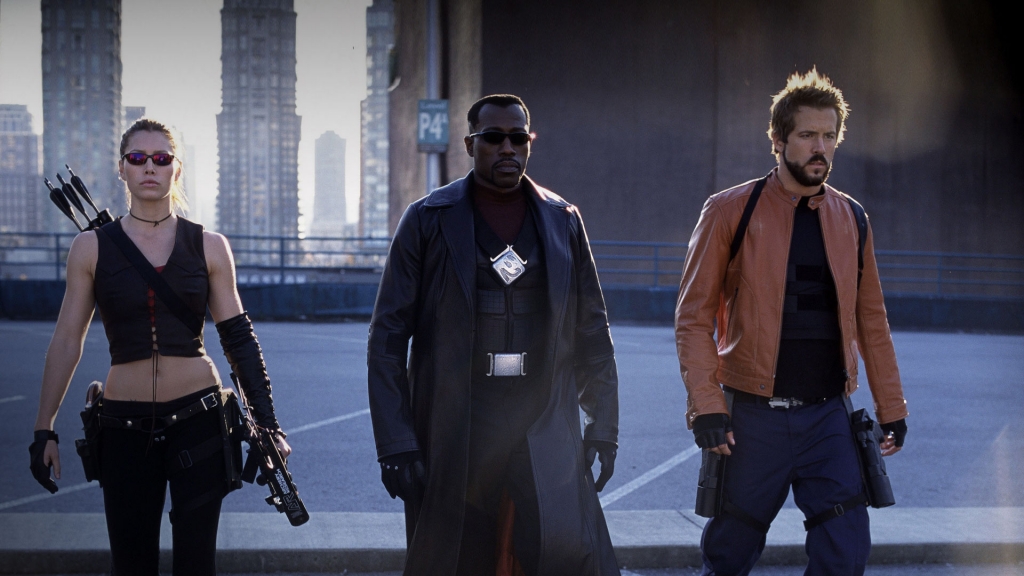 Alongside NHE host Scott Murphy, we have a couple of great former guests in the form of author Lex Jones (The Old One and The Sea) and director Michael Peterson (Knuckleball).

Over the course of the episode, the three talk about how this was the first (of a few) Deadpool dry runs for Ryan Reynolds, the (alleged) weirdness of Wesley Snipes’ on-set behavior, and their thoughts on the comic book movie oeuvre of David S. Goyer. Plus they get into the movie’s tonal inconsistencies, how this might be one of the weakest showings for Dracula, and its troubled production history (beyond the Snipes stuff).

Listen to Mike’s previous appearance on the show here, here and here.
You can also hear his original interview here.