This month on the podcast, we make the ill-advised decision to enter the disastrous “House of the Dead” — a fate worse than death.

EPISODE SUMMARY
We ran a poll on social media platforms to see which film we would look at in our “Worst of the Worst” episode of the series between 2003’s House of the Dead and 2010’s Birdemic: Shock and Terror. And by a decent margin, you voted for Uwe Boll’s video game ‘disasterpiece’ House of the Dead.

ABOUT THIS EPISODE: “HOUSE OF THE DEAD” (WITH SPECIAL GUEST Craig Draheim) 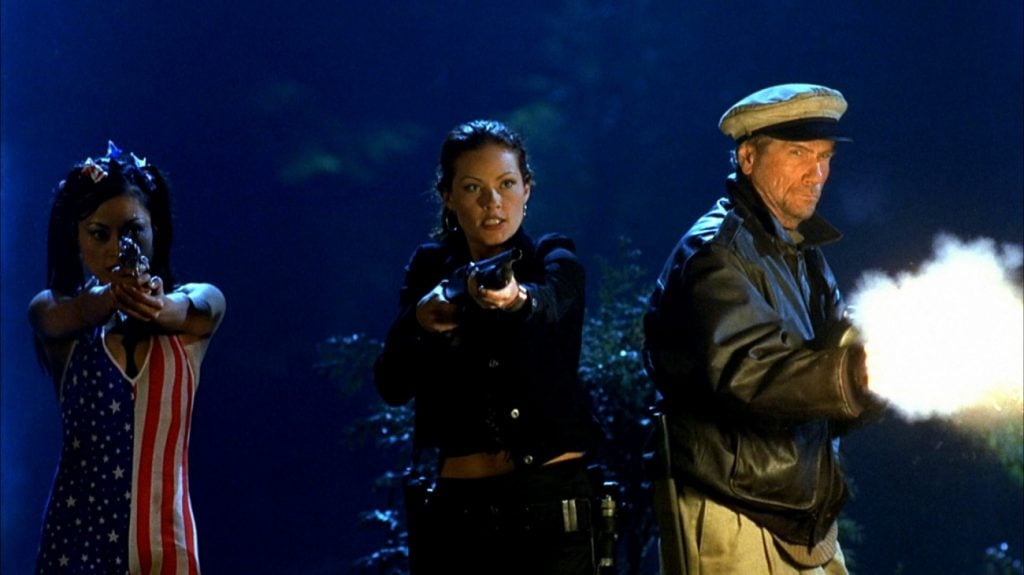 Alongside NHE host Scott Murphy, we have screenwriter and 1/3 of the Bloodhound Pix podcast, Craig Draheim (who was basically the only person we could find to do this episode, lol).

Over the course of the episode, Scott and Craig discuss how (despite a lot of competition) this film is almost certainly the worst video game ever made, how (also despite heavy competition) it is probably the worst Uwe Boll movie, too.

We also get into the film’s many ineptitudes (the video game footage inserts, the silly “Game Over” style freeze-frame, the incomprehensible editing, etc).

Plus, we discuss the film’s creepy misogyny, its hilarious Capcom product placements, and how we can’t quite get our head around how this movie had a $12 million budget.

Elsewhere in the episode, we talk about how Vancouver Island makes a really unconvincing tropical island, the so-called “director’s cut” of the movie, and why the hell Jurgen Prochnow agreed to be in this. Plus, both Craig and Scott generally consider their life choices by the end of the episode.

You can watch the trailer for House of the Dead here. The film is available to watch in the US on Peacock (free with ads).