On the heels of its recent anniversary, two special guests join us to discuss one of the more iconic Guilty Pleasures, “Freddy vs Jason”.

EPISODE SUMMARY
We ran a poll on social media platforms to see which film we would look at in our “VS edition” of the series. Would it be 2003’s Freddy vs Jason or 2004’s Alien vs Predator. Well, the vote was pretty close, but it turns out the Freddy vs Jason ticket was the bigger draw.

ABOUT THIS EPISODE: “FREDDY VS JASON” WITH SPECIAL GUESTS BRETT AND DREW PIERCE 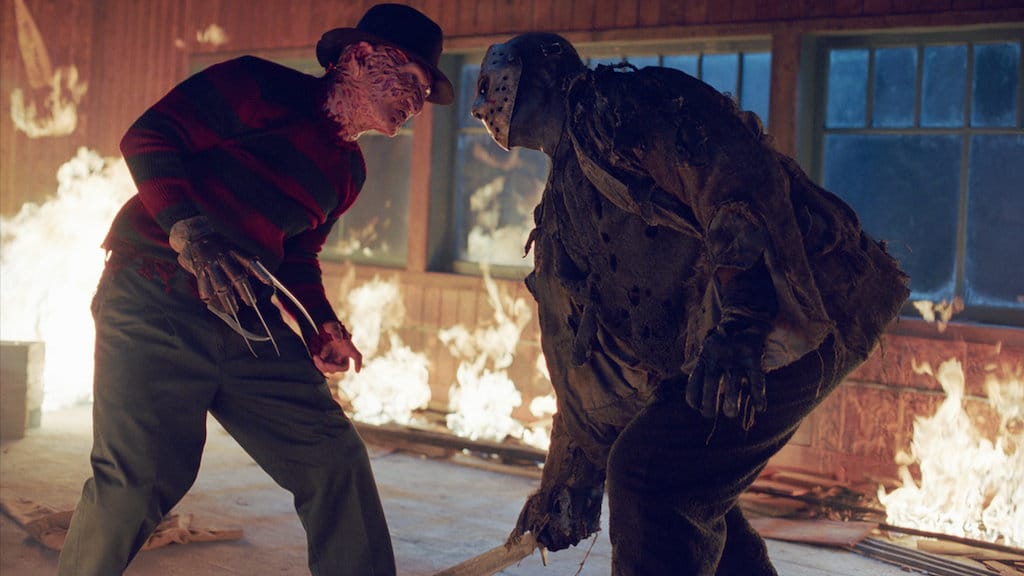 Alongside NHE host Scott Murphy,  we have a couple of great former guests in the form of directing duo (and brothers) Brett and Drew Pierce (The Wretched).

Over the course of the episode, you will hear the trio talk about how Ronny Yu is a good director of action and slapstick comedy but not necessarily horror, Freddy’s lack of kills in the film, and the futility of applying logic to the plot. Plus, we ask why didn’t they just hire Jason Mewes for the stoner character when it is so clearly patented after Jay?

Elsewhere in the episode, we discuss how the film sits at the nexus point of horror as the goofy self-aware films of the late ’90s/early ’00s give way to the darker, gorier horror of the mid-late ’00s. Scott also rants about the Texas Chainsaw Massacre remake’s effect on horror.