The film’s starring duo, Ryan Martel and Cagney Larkin, must watch a movie for their podcast, but they continue to get distracted by strange and ridiculous occurrences, like one of their friends busting into their place covered in dog crap, to satanic sex cults serving Kool-Aid.

This film reminded me a lot of Kevin Smith’s earlier films like Mallrats and Dogma, but especially his debut film Clerks.

Clerks was clearly a huge influence on Ryan and Cagney, as both this film and Clerks have a no-budget, slice-of-life feel, and feature an abundance of vulgar, reference-heavy dialogue and bathroom humor. They also feature two buddies chilling at local hangouts.

I think that one could even go so far as to call Martel’s Movie Madness: The Movie the South Carolina version of Clerks.

That being said, if you are a fan of Kevin Smith’s earlier films and are also into horror films, definitely check out this film because it’s very akin to a Smith film — but more for horror geeks rather than comic book/science-fiction geeks.

Horror fans will appreciate some of the referential dialogue and special effects in the film.

In Clerks, Dante and Randal famously have a debate over which is the better Star Wars film, The Empire Strikes Back or Return of the Jedi. But in this film, Ryan and Cagney debate over who the best Jason Voorhees is. Jason Statham also comes up in the conversation!

I had a great time watching Martel’s Movie Madness: The Movie, and it only clocks in at around 35 minutes, so if this film sounds at all interesting to you, definitely give it a watch!  You would be supporting some hilarious and talented filmmakers who would love to have your support.

If you would like to watch Martel’s Movie Madness: The Movie, it is available on Troma’s streaming service Troma Now. The first month is free!  If you are a Troma fan, I think that this film fits very well into their massive library. 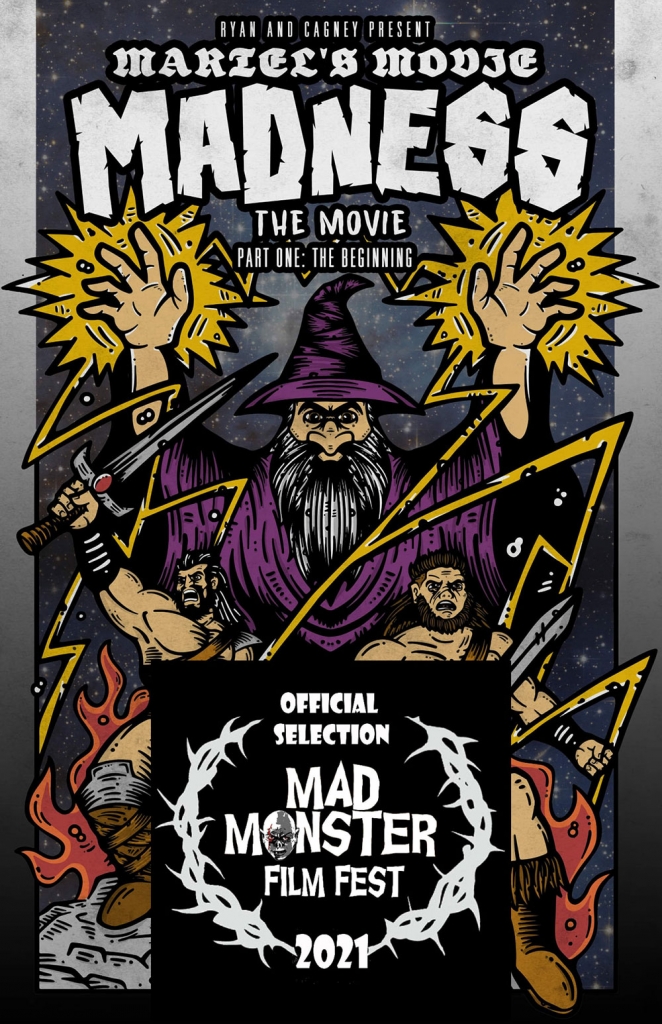