Hallowed Halls of Horror: Eyes Without a Face (1960)

A narrative tour-de-force coupled with a grim fairytale, “Eyes Without a Face” is as artistic and poignant as it is brutal and disturbing. 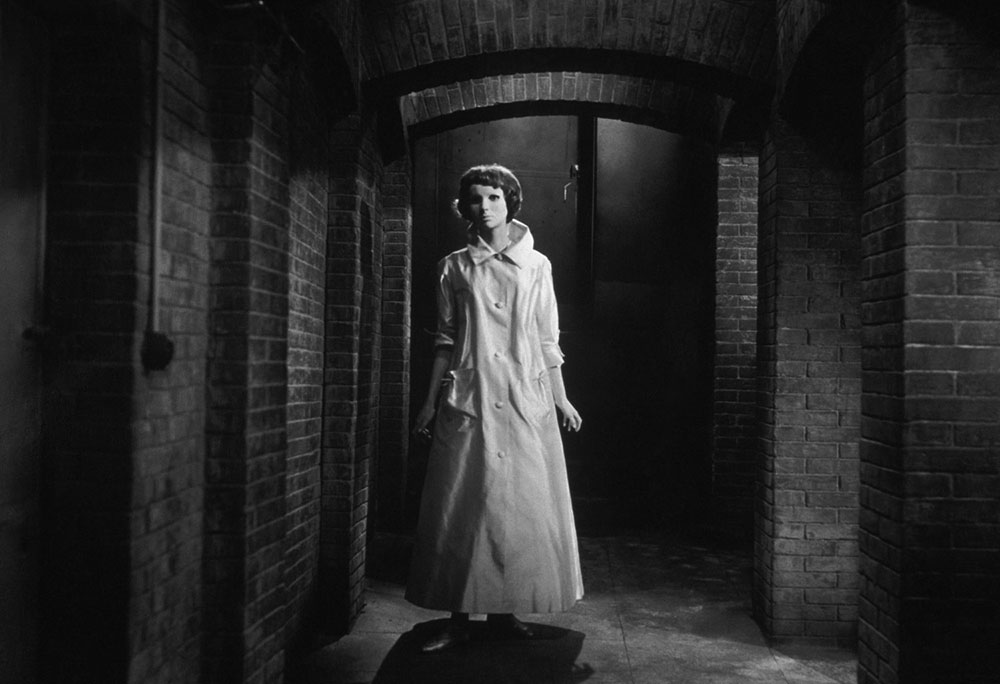 Most parents would do anything to protect their children, and Dr. Génessier (Pierre Brasseur) is no exception. Riddled with guilt after getting into an accident that mangles the face of his beloved daughter, Christiane (Edith Scob), he is determined to stop at nothing to fix his mistake and restore Christiane’s chance for a normal life.

To the outside world, it appears Christiane escaped from the clinic where she was being treated following her accident. After a body turns up in a river matching her description, it is presumed she drowned herself, distraught over her hideous appearance. Although there is some suspicion as to whether the drowned woman is really Christiane, Dr. Génessier identifies the body as that of his daughter. After her funeral, he retreats to his mansion to “grieve”.

We soon learn, however, that Christiane was only dead in the eyes of her father, trapped in a purgatory of his creation. In fact, the renowned surgeon has secretly locked her away in their mansion, forcing her to wear a terrifying mask to cover her deformity. In his mind, she might as well be dead, believing she couldn’t possibly have any kind of life in her current condition. Thus, he commits himself fully to his daughter’s care and recovery.

Génessier’s quest to fix his daughter ultimately stems from his desire to restore her beauty. 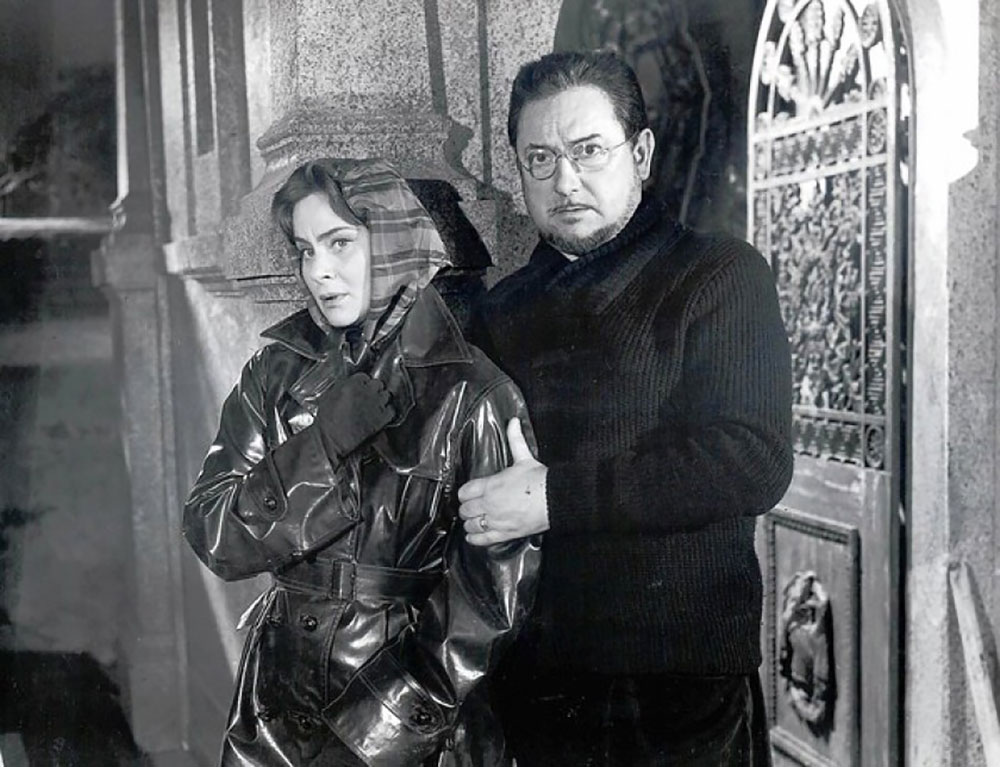 If she doesn’t have a good face, how can she operate in the world? And it isn’t enough for her to just get a new face; it must be a beautiful one.

In his quest to restore her beauty, Dr. Génessier, with the help of his loyal assistant Louise (Alida Valli), lures an innocent young woman back to his mansion. Once there, he chloroforms her and takes her into his secret laboratory where he removes her skin so he can graft it on to his daughter’s disfigured face. (It’s later revealed this is far from the first attempt at this procedure). At first it seems that the horrifying procedure is a success. But Christiane’s body soon rejects the graft, and she is forced back into her mask — losing her will to live.

Christiane had a happy life before her tragic accident, including a loving fiancé, Jacques Vernon (Francois Guerin), who works with Dr. Génessier at his clinic. Since her father faked her death, she fears she’ll never get to see Jacques again.

But Jacques hasn’t given up on his love, and she isn’t ready to give up on him either. 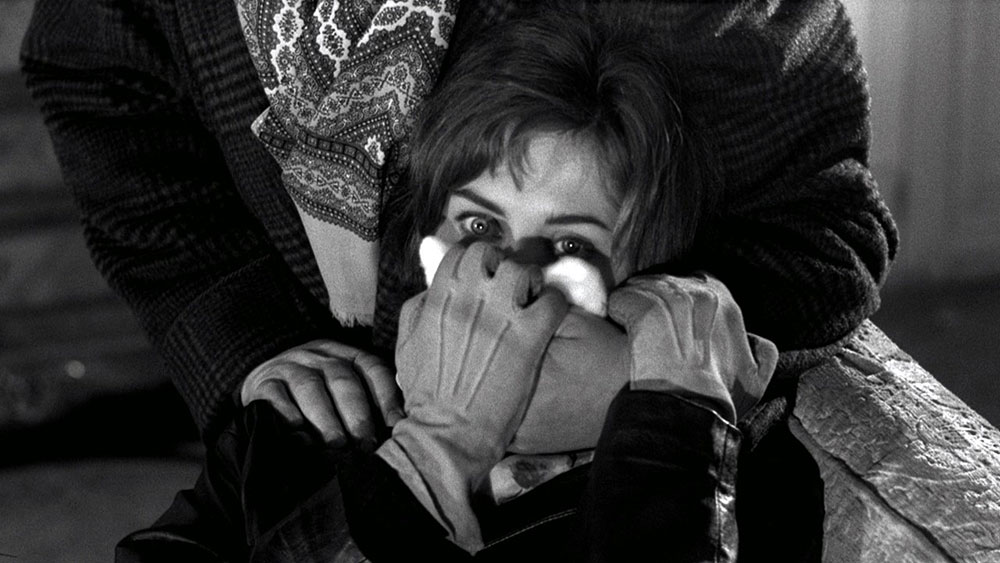 Completely isolated — with no one to show her any affection except for the German Shepherds and other large dogs his father keeps caged up to conduct experiments on — she breaks down and phones Jacques. At first she says nothing, just listening to his voice, which serves as an echo of a past life. However, when she calls him a second time, she says just his name — a desperate plea for his return.

Jacques tips off the authorities. As it turns out, they have been busy investigating the murders of a few women who look strikingly similar to Jacque’s “deceased” lover.

They eventually land on the trail of Louise, after she is identified by the pearl choker she never takes off — a choker worn to cover up scars left behind from her own skin graft performed by Dr. Génessier. Suspecting Louise of foul play, they use a young woman as bait. Sure enough, she is soon picked up by Louise and taken to the lab connected to the mansion. The doctor is just about to remove the woman’s face when Louise informs him that the police have paid a visit. 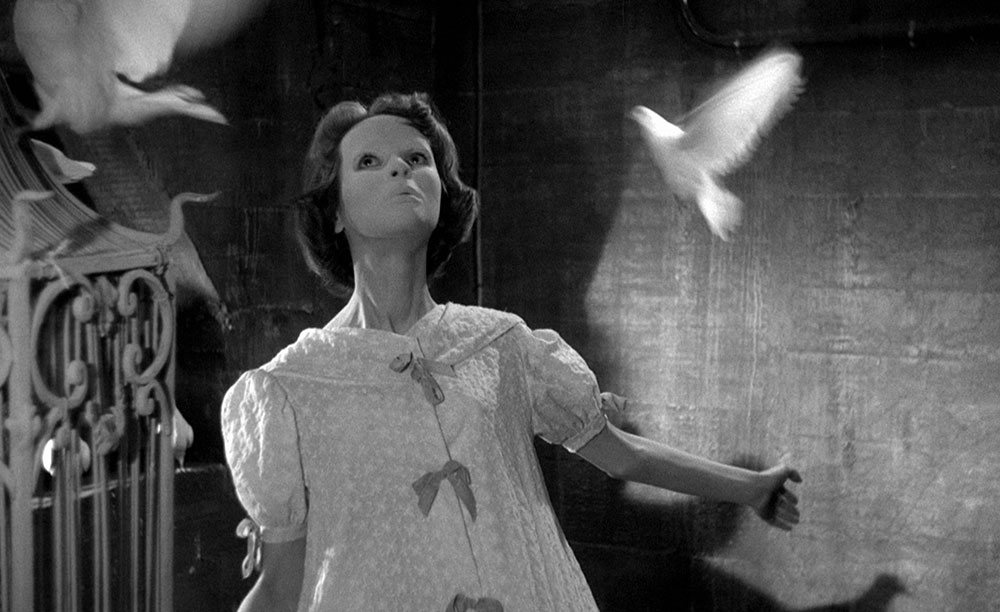 When her father leaves, Christiane kills Louise and sets free the dogs and birds she loves so dearly.

When Genessier returns, one of the dogs is waiting for him. Finally in a position to get revenge on the man who has caged him and performed countless painful experiments on him, the dog mauls the doctor to death. The other dogs join in, ripping off his face as they kill him. Christiane is unfazed by her captor’s death, and she finally leaves her prison.

She wanders into the woods, holding one of the doves she’s freed, moving forward to find some peace in her new life.

Eyes Without a Face wasn’t received well when it was first shown. 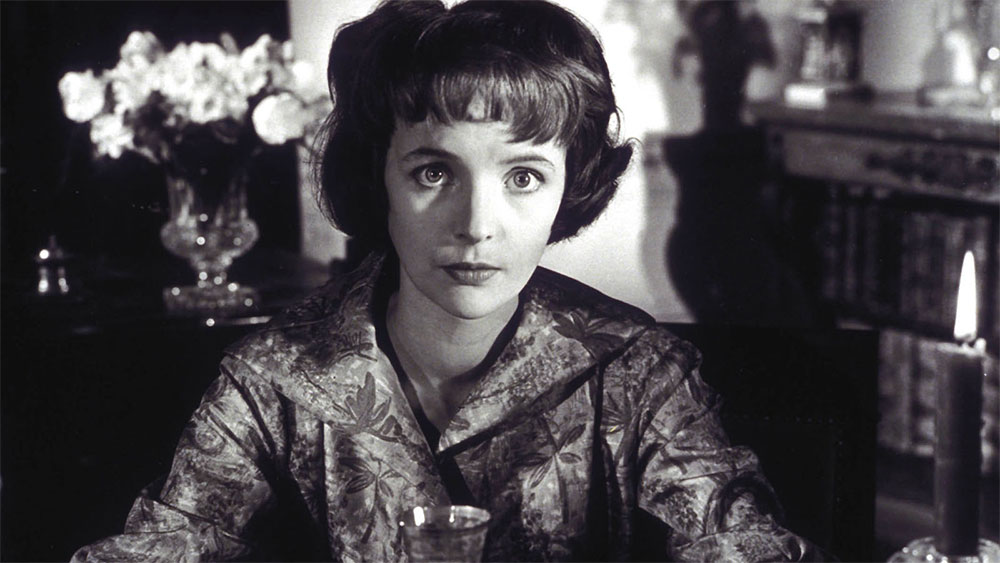 Critics reacted harshly to it, mostly due to the film’s excessive violence and gore. They found it exploitative, reveling in Génessier’s gruesome death and glorifying murder. Eventually, however, the film was revisited by critics and horror fans, and the message and art beneath the viscera were seen with new eyes.

While themes of isolation and guilt are obvious and those most often discussed, the film also carries a strong warning against animal testing. Christiane only feels affection from the dogs and doves her father stores for his experiments. They are creatures of the same ilk, stuffed into cages and abused by a scientist who obsesses on perfection and thinks nothing of torture. Christiane is able to relate to the animals because she feels like a caged animal herself, stripped of free will and personal autonomy.

When she is finally freed, she does not run back to the arms of her fiancé, back to normal society. Instead, she retreats into nature, where she can be herself free from judgment or societal expectations.

EYES WITHOUT A FACE is also a deeply feminist film that explores how men (as part of a patriarchal society) exploit and trap women in situations that put their looks under a magnifying glass. Génessier’s reactions to the accident he caused are trapped between those of a parent wanting the best for his child and unbridled misogyny.

These powerful and thought provoking messages are well supported by masterful direction, acting, and cinematography, making this a must see gem of French cinema and classic horror.

Eyes Without a Face is available to watch DVD or Blu-ray as part of The Criterion Collection, or stream it online with a Criterion Channel, HBO Max, or Kanopy subscription.