In the wake of another unspeakable attack on the Asian American community, the movie of the week (Mar. 14-20, 2021) is “Asian Americans”.

WHAT HAPPENED THIS WEEK?
The murders of eight people, including six Asian women — in a series of killings by a white gunman at three massage parlors in the Atlanta area — further traumatizing a community already unfairly stigmatized by racial association with a deadly pandemic that originated in China. The shootings are the latest in a series of violent incidents against Asian Americans across the country. For the first time in more than 30 years, lawmakers grapple with how to address discrimination and violence.

Enter the five-hour film series from PBS, Asian Americans, which delivers a bold and fresh perspective on a history that matters today, more than ever. 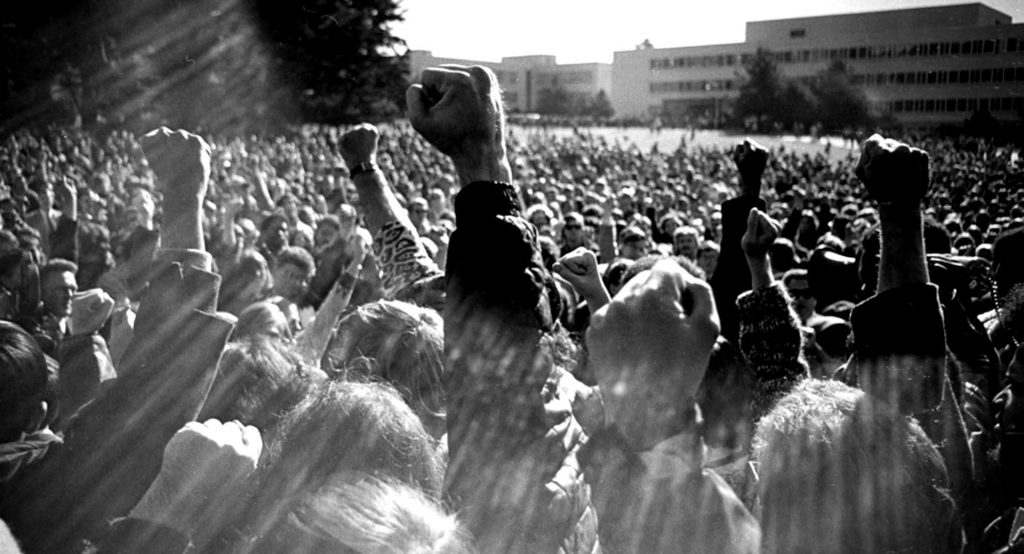 Fear and fallout from this week’s deadly shootings in Atlanta have echoed across the country. While investigators have not confirmed a motive in the attack, many have deemed it a hate crime and condemned the attempts to remove race from the conversation — highlighting this tragic event as yet another example of the denial of the racism and sexism Asian and Asian American women face.

On March 18th, lawmakers held a hearing on the issue of hate crimes against Asians, during which they called for a shift in public rhetoric surrounding Covid-19 and foreign policy, as well as passing new hate crime legislation to address rising discrimination and violence against Asian Americans. Rep. Judy Chu argued that the Asian American community has reached a crisis point that cannot be ignored, while Rep. Michelle Steel pointed out that “sixty-eight percent of these incidents and crimes were targeted towards Asian American women.”

As America becomes more diverse, and more divided while facing unimaginable challenges, ASIAN AMERICANS attempts to address one very important question: how do we move forward together? Told through intimate personal stories, the series casts a new lens on U.S. history and the ongoing role that Asian Americans have played.

This landmark documentary series first premiered in May 2020 on the PBS website in honor of Asian Pacific American Heritage Month. Now, in light of the Atlanta area shooting, PBS had made the series freely available to stream online. 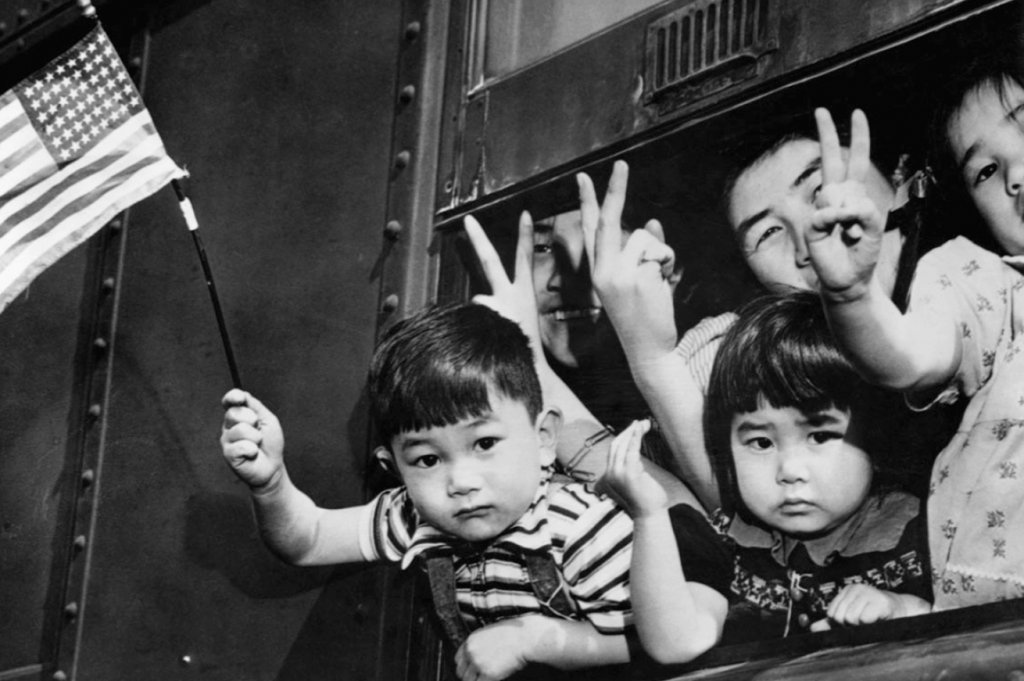 With a mostly Asian American production team helmed by series producer and Academy Award-nominated documentary filmmaker Renee Tajima-Peña (Who Killed Vincent Chin?), the series takes a deep dive into a seldom-discussed history of the diverse array of Asian Americans in the United States.

The series begins in the mid-19th century with the lure of the Gold Rush and the quest for cheap labor to build the transcontinental railroad. The first episode, “Breaking Ground,” narrated by actor/producer Daniel Dae Kim, explores how Asians became America’s first “undocumented immigrants” in an era of exclusion and U.S. imperialism. They became the backbone of the American economy, even as they were barred by anti-Asian laws; eventually taking their fight for equality to the Supreme Court and helping define the path to American Citizenship.

The strength of the first episode lies in the way it shares the untold stories and history of Asian immigrants, told through a personal lens that allows us to hear from the actual descendants of these immigrants, combined with important historical context. Through a few select stories, we learn about the challenges and triumphs many immigrants and their families faced in their quest for citizenship and acceptance. This approach gives a name and a face to what is often a throwaway line in a history book.

Most of the history explored in Asian Americans will be unknown to those who didn’t study Asian American studies, because it’s not a history that is taught in American public schools. While classrooms may briefly cover the highlights (or low lights, as it were), of this history, it’s never given the attention it deserves — despite the importance of the Asian American experience to the fabric of our American history.

“Breaking Ground” fills in those details in an astonishing and eye-opening manner.

The series continues to explore the history of the Asian experience in the United States and the consistent thread of anti-Asian racism. 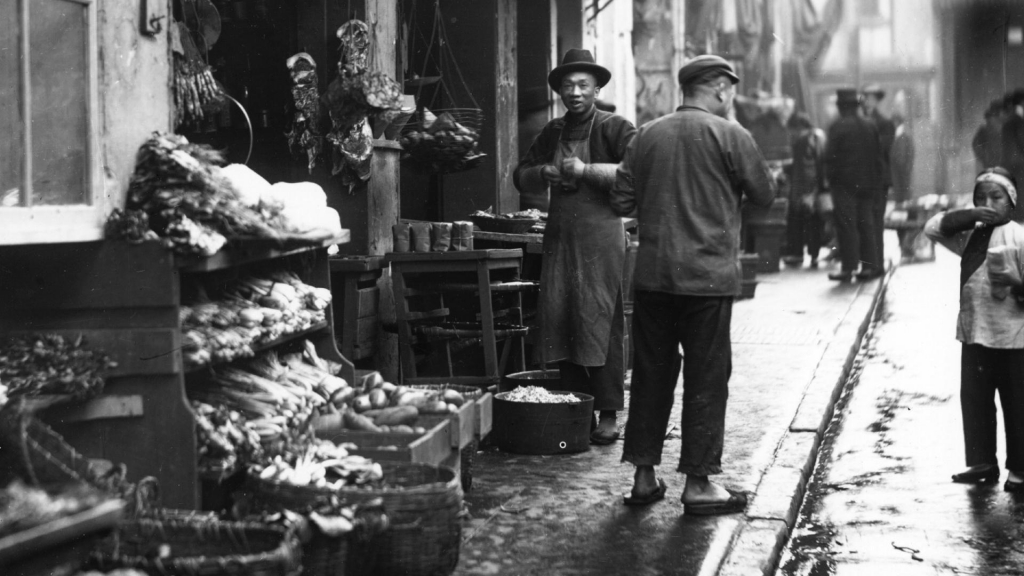 This includes the Chinese Exclusion Act, the Japanese internment camps during World War II, and violence resulting from the ethnic scapegoating during the Vietnam War and after the 9/11 attacks. We witness the lives of generations born into a country that questioned their loyalty. We delve into the model minority myth that pitted “good” Asian Americans against other communities of color.

Viewers are taken on a remarkable journey that includes the stories of notable early Asian migrants, like Antero Cabrera, who was brought from the Philippines to be displayed in a replica Igorot “village” at the 1904 World’s Fair. Other highlights include the story of Indian American writer Bhagat Singh Thind, who fought for the United States in World War I and was denied citizenship twice because he was not white, and the Chinese laborers who gave their sweat and sometimes lives to building America’s railroads but were largely erased from photographs of its completion.

The series concludes with an excellent episode, “Breaking Through,” which examines the quest for Millennials to achieve social justice.

Given the tumultuous, 150-year history of Asians in America — a history fraught with legalized discrimination, rampant racism, and inhumane treatment — it’s inevitable the series would be at times heartbreaking and deeply upsetting to watch. But it’s also incredibly hopeful and inspiring. At its core, this is a series intent on celebrating the grit and resilience of a people, long excluded and considered outsiders, who have pursued the American Dream against all odds. It’s about the fight