This Week in Horror: Play with Brahms again, go on The Hunt, head to Derry to add to your vinyl collection, and travel from the Upside Down to Russia.

It may be a new decade, but it seems everything old is new again. So, of course, we have more reboot news. We’ve also got plenty of killer recommendations for vinyl lovers toy collectors, and Blu-ray enthusiasts. Plus, find out what must see horror films you’ll want to catch in theaters and on demand. Finally, we’ve got a great chance for you to make your voice heard in support of horror. Check out all this week’s news.

The sequel to The Boy sees Katie Holmes stepping in as a mother moving her family to Heelshire Mansion, unknowing of what took place there in the past. What will happen when her son discovers Brahms and digs up the history of Heelshire? Will her son befriend Brahms and begin a new nightmare? Check out the final trailer before the movie hits theaters this Friday.

The Dark Red follows the story of a woman who claims she knows of a secret society that harvests certain people’s blood. This blood has the rare effect of allowing them to hear others’ thoughts. She’s been committed to a hospital, obviously, but she claims her child is one of the few with the special blood type since she herself carries a powerful strain of this so-called blood. Is she telling the truth or is she just insane? See for yourself in March.

Chances are you’ve already heard about The Hunt. There is a lot of anticipation and excitement building for this part satire/part suspense film, so hopefully it will deliver. The Jason Blum-produced film sounds a bit like The Purge except everyone is trapped in a clearing. Twelve people are chosen to be hunted, but one of them turns the tables on the hunters, making the game even more interesting as the hunters become the hunted. Oscar winner Hillary Swank (Million Dollar Baby) and GLOW star Betty Gilpin star in this fast-paced film.

See the first trailer for thriller Fox Hunt Drive, which plays on one of today’s worst fears: picking up a dangerous fare as a ride-share driver. Alison is driver whose last passenger of the night harbors some possibly deadly secrets that may put her in unexpected danger. This movie will lead you on a thrilling adventure that won’t let up and keeps you on the edge of your seat.

We don’t know much yet, but cult classic Clue is coming back to solve another mystery. The original film starring Tim Curry was released in 1985. This new version stars Ryan Reynolds and will also be produced by Reynolds’ company, Maximum Effort. Writers for Deadpool are on board, which is definitely a good sign. In even more reboot news, Urban Legend is getting dusted off after finding a director for the new version of the popular 1998 movie. This version is set to be a more modern update of the movie that took place on a college campus, where students were killed off in ways that mimicked old urban legends. Will Alicia Witt or Rebecca Gayheart show up for this one? We hope so! 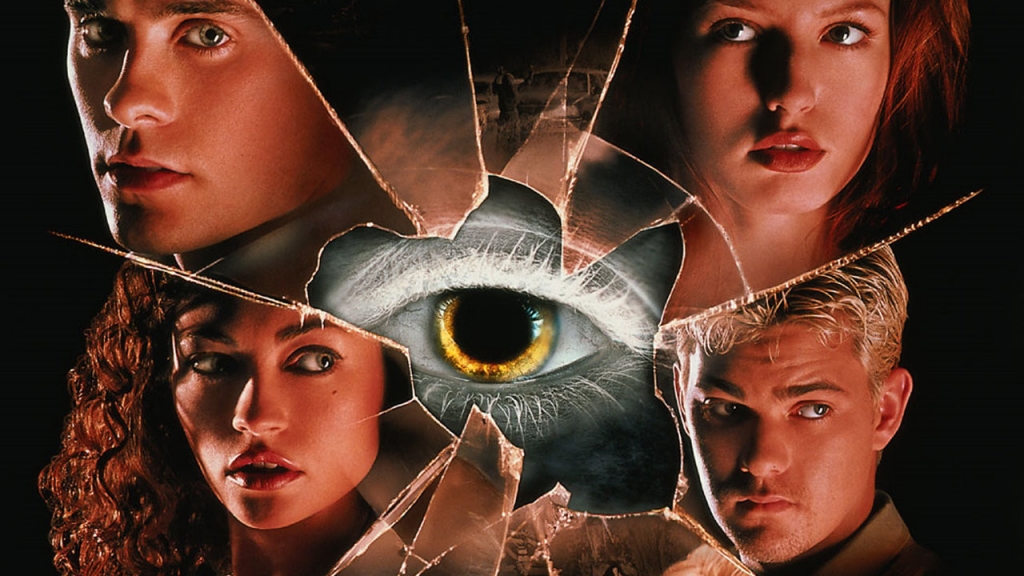 We took a short trip to Russia this week with a new teaser trailer for Stranger Things season 4. The end of season 3 left us all teary-eyed as we were faced with the idea of possibly losing beloved Chief Jim Hopper (David Harbour). However, at our first glance of Season 4, we see Hopper emerge alive and bare-headed in the Russian snow after the final showdown at the mall left us grieving Billy and wondering if Hopper was a casualty, too, or maybe just caught in the Upside Down. It appears Hopper is now a Russian hostage, so how will he get back to Hawkins? We don’t know yet, but word is we’ll find out sometime this year, possibly in December or even January 2021.

On March 17, monster fans can get their hands on Volume 4 of the Universal Horror Collection. This special edition from Scream Factory will include a ton of special extras, such as new audio commentary, still galleries, trailers, and an added featurette. Enjoy films like Night Key, Night Monster, The Climax, and more with iconic horror actors including Bela Lugosi and Boris Karloff. ORDER HERE: https://www.shoutfactory.com/product/universal-horror-collection-vol-4?product_id=7324. Enjoy a brand-new deluxe limited edition of Freakmaker on Blu-ray. Rejoin the legendary sideshow of Todd Browning’s Freaks with this updated, modern take on the film starring Donald Pleasence (Halloween) as a botanist that creates his own mutants by mixing humans with pla